Porsche's design team around Grant Larson has given the 935 seven historic paint finishes - and the result is anything but colourless. The exciting and dynamic concepts make the already attractive 935 even more attractive. One more reason to take a closer look at the Zuffenhausen spectrum in terms of colour psychology. 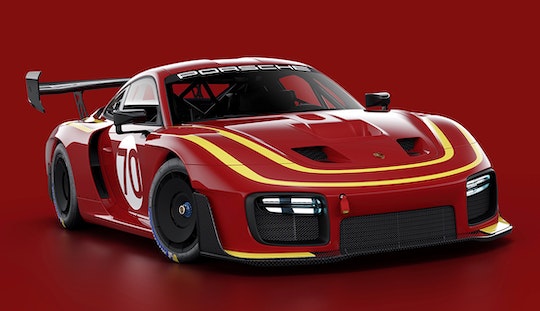 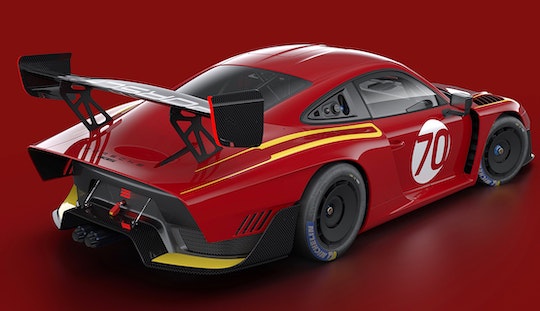 The MOMO-935 has convinced us with its fiery, red-yellow dress in the turn of a wheel. No wonder, because the active red stands for passion, the bright yellow for optimism. And we feel both when we see the 935. Granted: We are a little bit in love, also because of the history at the 1000 kilometer races at Spa, Watkins Glen and Silverstone. 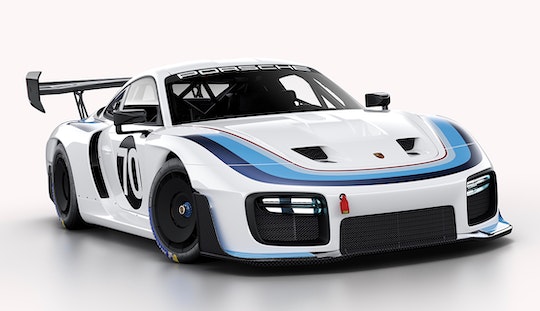 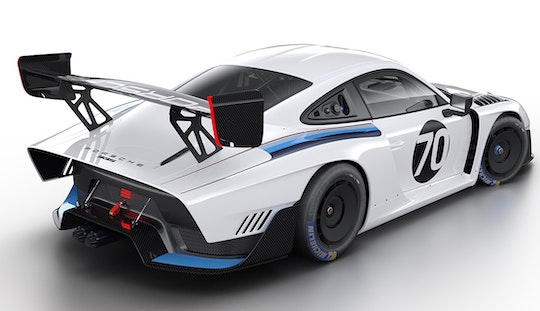 Blue actually stands for silence. But with 700 horsepower, it's out of the question. The blue of the Sachs-935 makes us feel like we're in heaven - we already have big wings. The new car cuts through the air like its historical role model, which won the 12 Hours of Sebring in the USA. 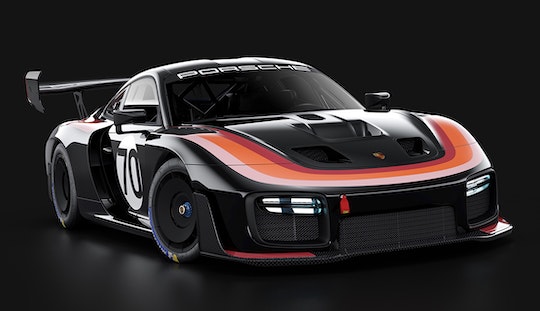 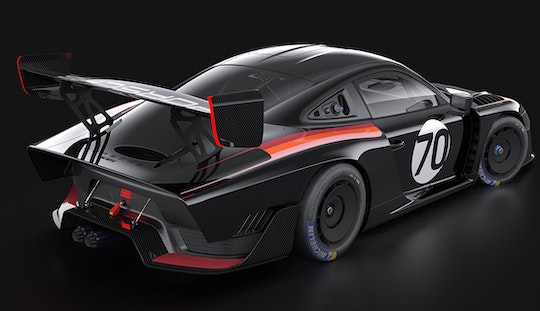 Innocent and in a girly color...Sure... Real boys wear pink and drive Porsche. The "little red" was long on the move in the slipstream of its big brother and also stood for strength and masculinity - until it was reinterpreted as a delicate colour. Combined with strong orange, energetic red and noble black it rocks - like the musicians do later on, on the Interscope Records label. We'll find it: More courage to wear Pink, guys! 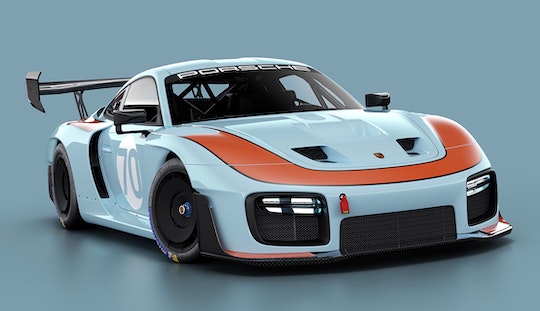 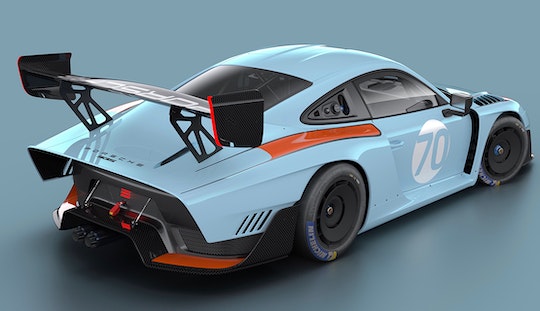 Energy and joie de vivre, plus a pinch of coolness: Everything is available with the orange-blue finish in Gulf colours. Perpetuated in Steve McQueen's racing epic "Le Mans", this colour combination also radiates its timeless charm on the new 935. 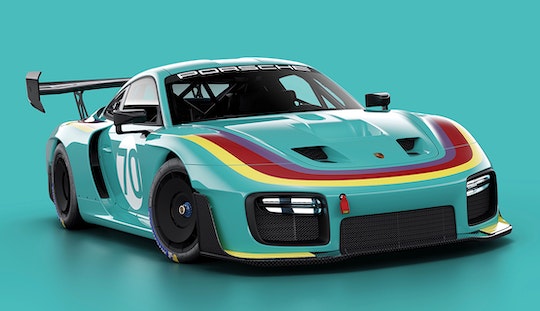 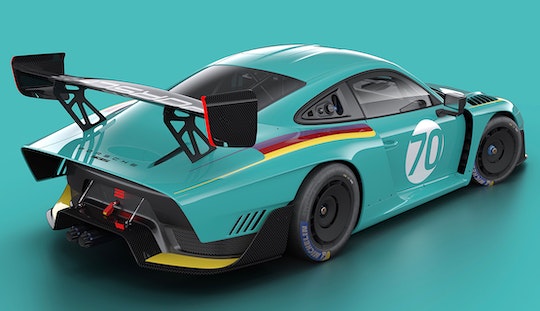 Turquoise is the Porsche among the colours: They both stand for freedom. And the 935 lives out this ideal both in terms of design and on the track. He did not take the rabbit from the former sponsor's company logo, but he did take the yellow, red and purple decorative stripes from the original. Energetic, cheerful and extravagant: Fits. 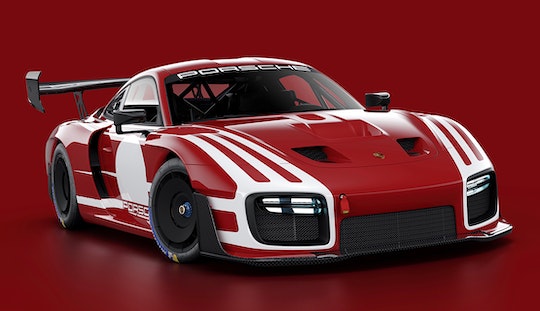 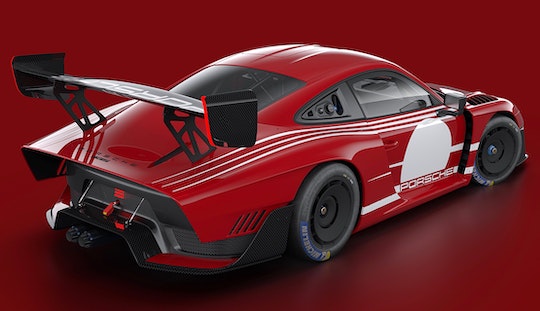 The red 935 in Salzburg design looks dangerous simply because of its colour - but only for the competition. In us it rather arouses desires and the white accents show that it is pure - a pure racing machine. The newcomer has not (yet) won a victory at Le Mans like the historic model 917K, but our enthusiasm has. 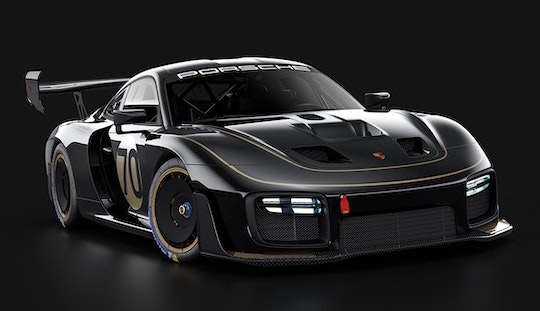 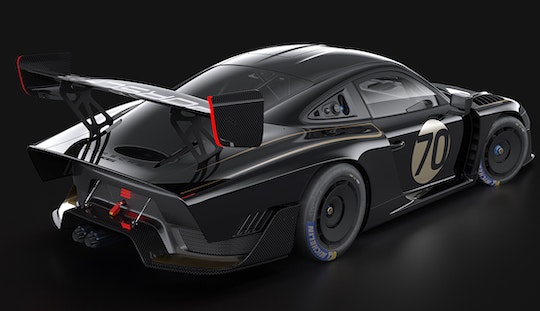 Black makes this 935 independent, the gold ennobles it. And these two attributes don't fit any car better than a Porsche. The Kremer customer team, which first carried out the painting in group 5, probably thought so too. And with the gold piece then also celebrated successes. Self-fulfilling prophecy is what this is called.