When the 911 learned to fly

Air-cooled, loud and with a lot of downforce: For many the epitome of a Porsche. But there's an entirely different way as well: In the history of the company, engines from Zuffenhausen powered not only cars but also airborne vehicles. Among them was the innovative PFM 3200, known as the whisper engine, which not only circumnavigated the world, but in the end even ended up pushing the technological boundaries of the 911. A flight into the past.

Flying with a Porsche? There are two possibilities: 911, enough momentum and a hill. Or the PFM 3200 - also a Porsche, and unlike a 911, built explicitly for flying. We are talking about the air-cooled six-cylinder boxer from Weissach, which Porsche designed in the 1980s for use in small aircraft. With a displacement of 3.2 liters and around 200 hp, the engine was supposed to stir up the small aircraft market - thanks to its successful roots on the road, the chances for the flyer among the boxers were not bad either. As a further development of the proven 911 engine, it had enough power right from the start, was reliable and technically convincing even above the clouds. And it also gave important impulses for the drives on the road. A real High? Technically anyways. 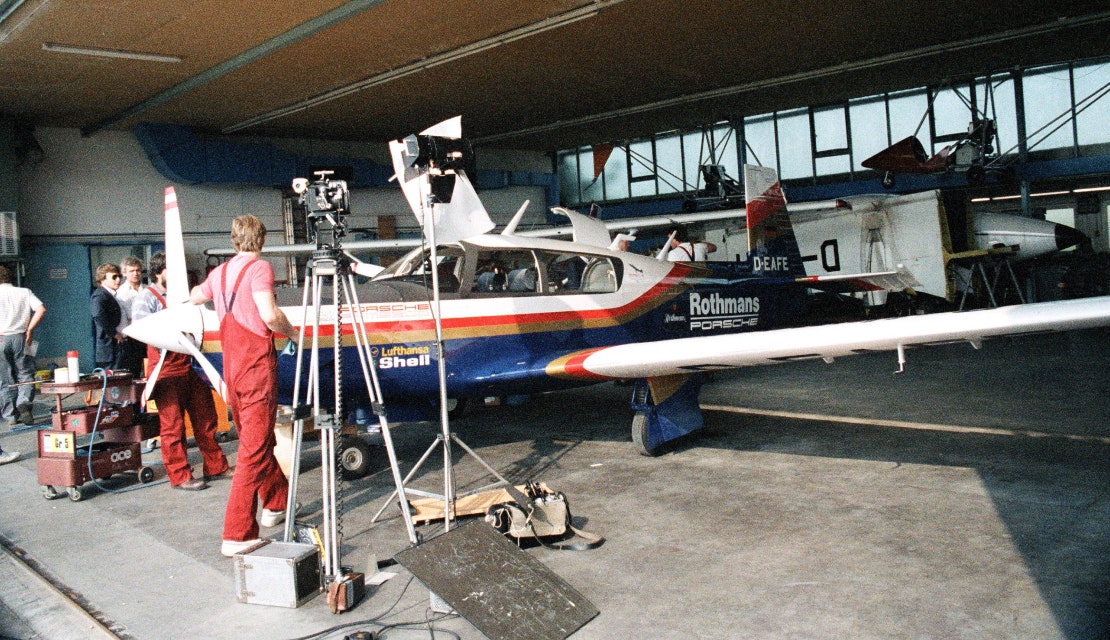 The first flight in 1982 was followed two years later first by the German certification, another year later by the American certification. In 1986, one year before series production and market launch, the PFM 3200 finally proved its endurance: In the nose of a Mooney M20, which appropriately flies in the Rothmans design of the Porsche 962 long-distance racing car, the modern engine makes a round-the-world trip without any problems. After six months in the hands of Michael Schultz and Hans Kampik, icy storms over Alaska, tropical thunderstorms in New Guinea and overzealous drug squadders in Ecuador, the small aircraft is back on its home ground in Swabian Donaueschingen in a snowstorm on 16 January 1986. The result: a distance of 100,000 flight kilometres, 600 flight hours - but above all no defect. This was associated with a great prestige success for the new engine. 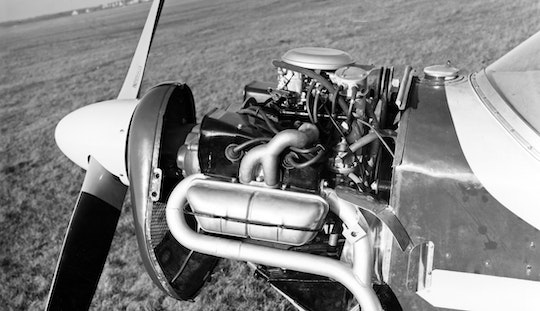 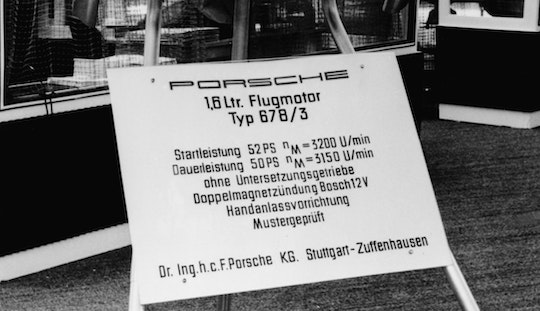 And that was already tradition. Because 75 years earlier, Porsche was already going up in the air: Around 1910, under the banner of Austro-Daimler, company founder Ferdinand Porsche developed drives, including engines for aircraft. In 1935, shortly after his move to Stuttgart and the founding of his own design office, he added the Type 55 aircraft engine and its 1000 hp mark to his list. The Second World War and the subsequent ban on motorized aircraft initially put an end to Porsche's flying business. Twenty years later, in 1955, when motorized aircraft were permitted again, the brand was just taking off on the road. Powered by a reliable and powerful four-cylinder boxer and knowing its own qualities, Porsche presented the Type 678. The engine derived from the engine of the Porsche 356 and presented by Ferry Porsche is thus the first German aircraft engine after the war. 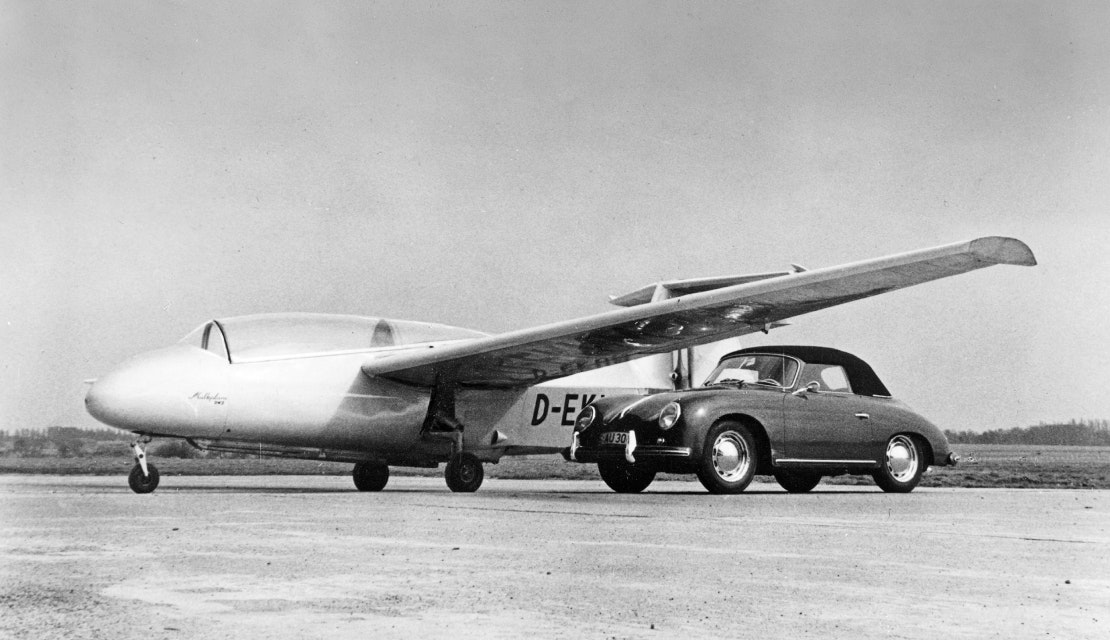 Another 20 years later, the year was 1985: In the meantime, the new Porsche flagship 911 in the turbo version has grown large wings, the boxer engines now have six instead of four cylinders and the brand not only seeks downforce on the road - but also lift in the air again on the initiative of aircraft manufacturer Burkhart Grob. And Porsche finds it: On the basis of the approximately 200,000 road versions sold, the further developed PFM 3200 delivers and receives American approval after the German one. The flight version of the 911 engine shines not only with the new and safe electric dual ignition and a second alternator, but above all with many advantages over the outdated competition. Significantly quieter and more efficient, yet easier to handle - the PFM 3200 has everything it takes to become a bestseller. 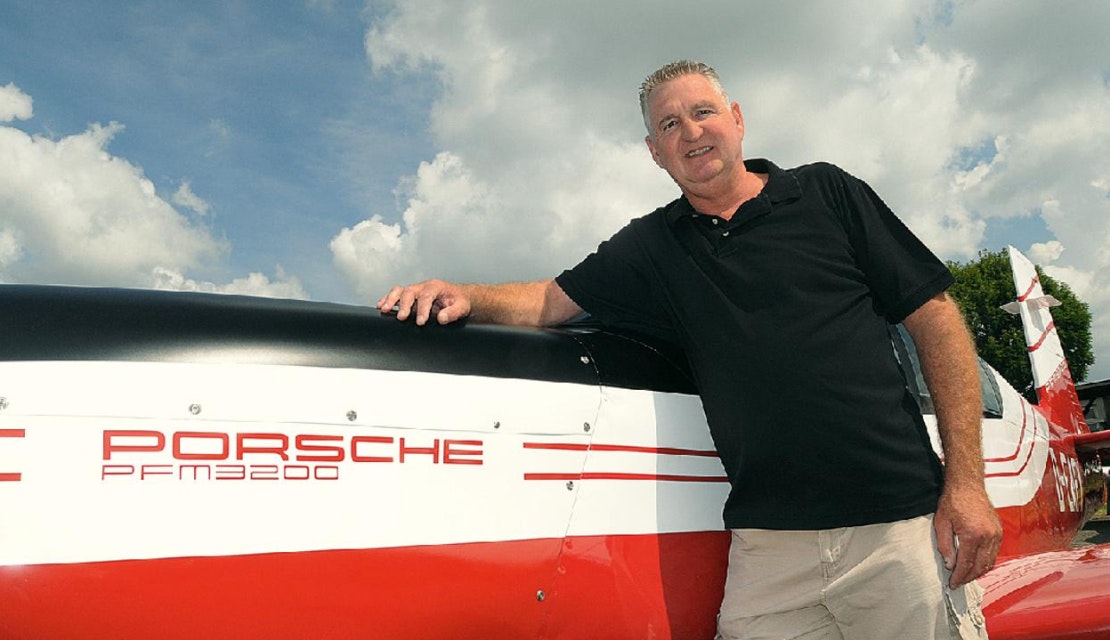 The modern drive only lacked luck on the market. Stagnating aircraft sales, low fuel prices and excessive product liability in the USA cost the technically superior engine its serial production in 1990. But the investments in the new engine are not in vain and help the development on the road: The bore of 95 millimeters and the crankshaft stroke of 74.4 millimeters were inherited by the 911 Carrera 3.2 as early as 1984, and in 1988 the proven double ignition in the PFM 3200 followed in the new 964 model. Or as the former chairman of the board Peter W. Schutz said: »For the approval process, we had to completely redraw the 911 engine. We came up with a lot of improvements at every turn. They all benefited the car, too.« Flying or driving a 911 - doesn't make much of a difference when you look at it that way.