Up to speed fast: Drive Coffee

A »Targa« in the garage? Then the »Targa« in the kitchen is a must. The coffee from Colorado in the USA shows good taste as does the convertible version of the 911 named after the »Targa Florio«.

Coffee instead of champagne at the award ceremony? This was never a thing with the now discontinued »Targa Florio«. Even if a wake-up call would not have been so wrong after a good seven hours of driving. The makers of »Drive Coffee« also thought so and have therefore set a monument to the motorsport classic from Sicily. The light roast, called »Targa«, with aromas of wild berries and milk chocolate is intended to remind of the Mediterranean character of the track. Visually, too, the coffee is based on the race and honors the victory of Porsche drivers Gijs van Lennep and Herbert Müller in 1973. To achieve this, the beans grown in Ethiopia are packaged in a classic oil can in a stylish and aroma-proof manner and additionally decorated with the silhouette of the then victorious 911 RSR. A sign of good taste all round. Just like the contents of the can - and the iconic Martini strip that runs around it. 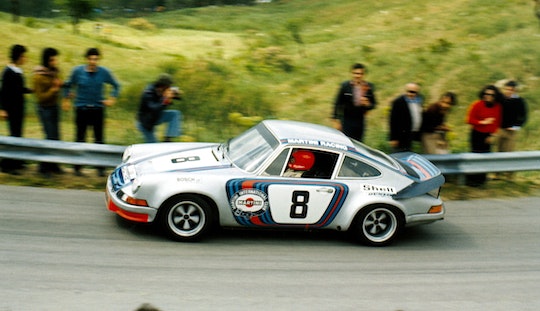 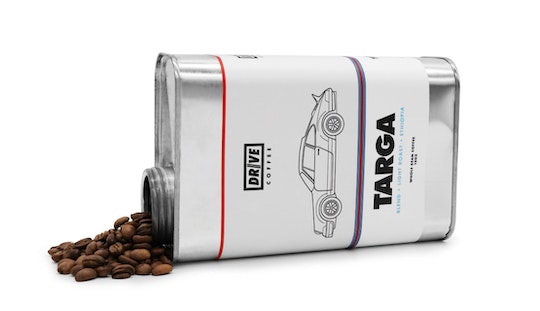 The 12 ounces (340 grams) of coffee are delivered as whole beans in a new and unused oil can. To offer especially fresh coffee, »Drive Coffee« says it roasts daily and ships the order from Colorado as quickly as possible.