That their » Streetart.Motorsport.Revival« is a blockbuster in the Porsche scene, the makers of Onassis Porsches have proven with the »800« last year. So why not add their own drive-in cinema film festival to the meeting for the community? At the »AIRTIMES« coming up at the beginning of September, this is exactly what happens. And with self-made films from that very community.

For six years now, Onassis Porsches and their Streetart.Motorsport.Revival have been uniting probably the most creative heads of the alternative Porsche scene in Europe. In 2019 under the motto »800« - this year the title is »AIRTIMES«.  As in the past, the name is also the program of the event - and the participants can look forward to a unique day on September 5th. Meaning: not a bit of an outlandish attitude, but good vibes on the grounds of the airport Mülheim/Essen.

»Despite the hardly predictable circumstances at Corona, we did not let ourselves be distracted from our vision, which was created shortly after last year's »800« event. It was a difficult undertaking and for a long time it was not clear whether we would be able to hold the event at all, so we are all the more pleased with the current developments and the positive response from the responsible authorities«, says organizer Tom Gädtke about the planned event. And on top of that, he answers the most important questions about the newly added film festival at the Streetart.Motorsport.Revival.

You always surprise us - but a film festival?

From this year on, we want to add a new element to the well-known concept for the first time: A film festival at the drive-in theatre will be part of the event. In addition to a fixed program, we would of course also like to allow our scene to focus on their work here and bring their films to the big screen! 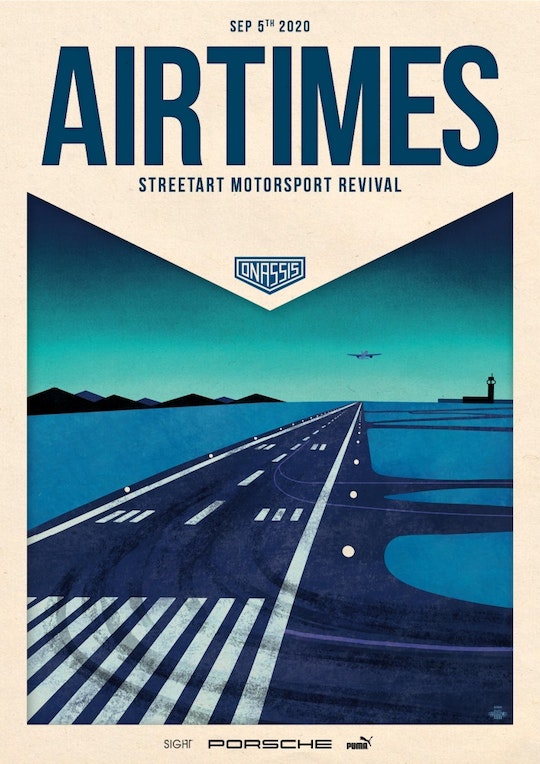 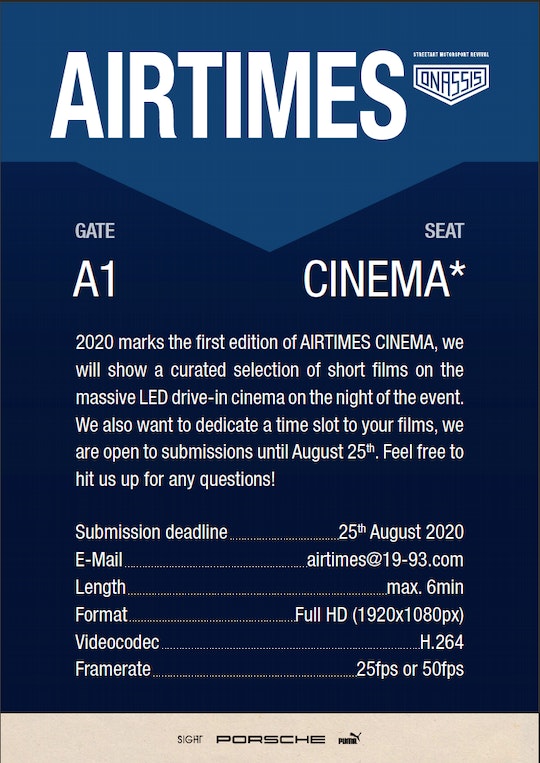 What can you submit?

We are looking forward to the submissions of your film projects. There are no restrictions, as long as it fits our theme. We will present the best films in the open part of the evening to our audience on the big screen. The projects don't have to be first releases and of course, the participation is free.

How can you participate?

Anyone can send in, professional or amateur filmmakers alike. Of course, we have a few basic criteria, which an entry has to fulfill, which you can find in the picture above. As a team, we will then build an exciting program from all the submissions, which is guaranteed to give you goosebumps!

What else is important to say?

We look forward to all submissions and queries regarding the realization or participation in the film festival. Unfortunately, we have to reject all those interested in participating in AIRTIMES outside of the festival. With the number of tickets sold at the same level as last year, we have reached the upper limit of what the official requirements allow. We are looking forward to our loyal participants and a great event and we hope to welcome all those who did not get a ticket this year, next year!