Top of the Hill

Television and theatre actor, comedian, radio and voice actor: Martina Hill is all of that. Since the comedy show Switch reloaded, everybody in Germany knows who she is, and with Knallerfrauen, which translates roughly as “Bombshells”, the Berlin native is even known in China. And though no one parodies people from politics, sports and entertainment as well as she does, no one has ever thought of photographing her in men’s outfits. We made good on that – and talked with her about perfect timing, magical moments and great-looking men’s pullovers. Oh, one more thing: the woman really is a bombshell. No joke.

We’re probably not entirely wrong when we say you have fun dressing up...

Yes! And I’m all the more thankful I get to do it professionally.

Do you also dress up in private life?

I do, I’ve got a really cool piece I call “frumpy old woman in baggy trousers”. Privately, I wear it pretty often, almost daily. Oh, and the couch comes with it. It’s the bomb!

Speaking of which: Of course, everyone wants to know how much bombshell there is in Martina Hill. We do, too! How uninhibited, spirited, spontaneous and courageous is Martina Hill?

Extremely. The work changes you. Knallerfrauen is the vent for the side of me I tend not to let out so much in normal everyday life. The silliness has to come from somewhere. Inhibitions only get in your way. Going over the top and engaging in the absurd is just fun for me – and when other people also get a kick out of watching, then all the more so. Privately, I’m not quite that boisterous, but don’t take my word for it. When I’m really on a roll and up for a bit of fun, then I always let it out. That I’ve got such a big playground at work, though, means the need to “let it all out” is actually covered. 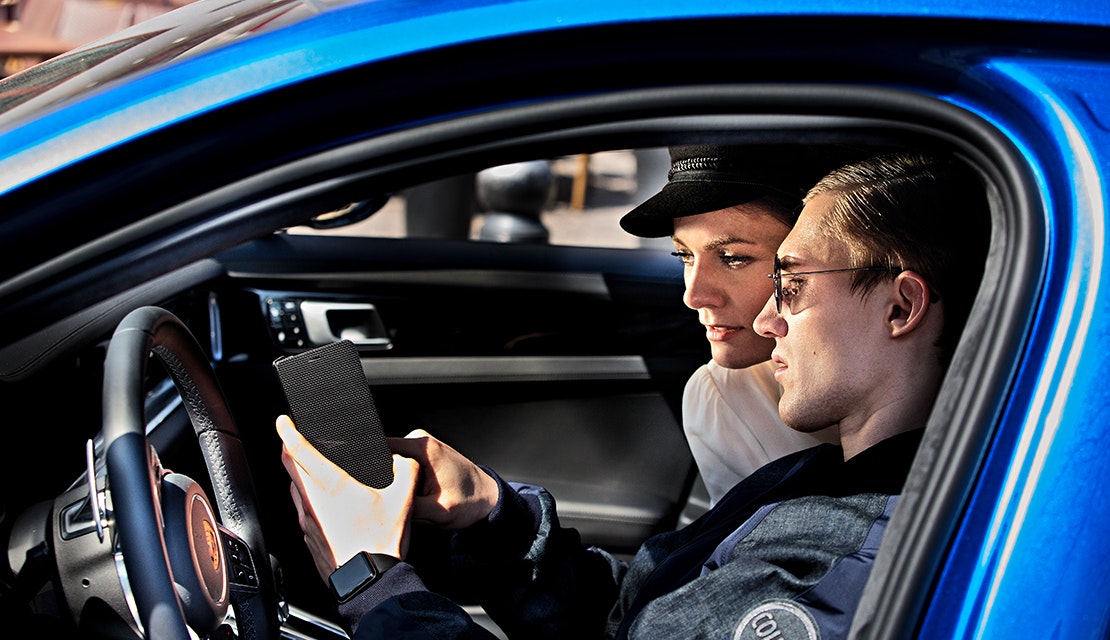 What exactly is a bombshell?

I’m often asked that, as you can imagine. Every woman is a bombshell, each in her own way. There are no rules for it, there is no standard. I always say: a woman who faces life with wit, humour and a pinch of self-irony. But that doesn’t have to be. She also doesn’t have to do a thing and can still be a bombshell.

Okay, next subject. You’re actually a film actress. Knallerfrauen is a sketch comedy often without any dialogue. What’s the biggest difference from other acting jobs?

I didn’t have to learn a script. Just like in acting, though, I actually played with the camera and tried to find a position and get into the respective situation. And thanks to the cool clothes and reduced make-up, it was quite easy for me to do so. 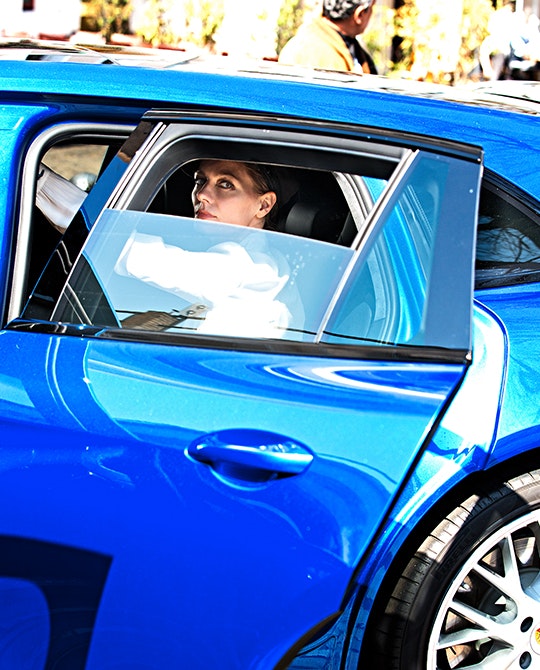 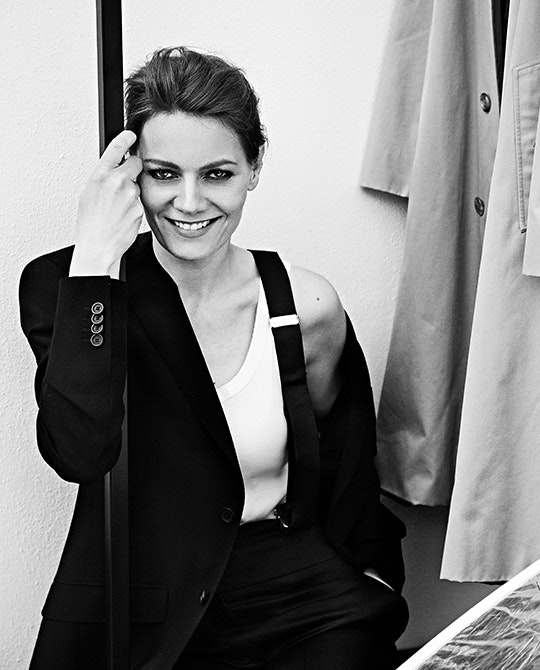 You contribute to the scriptwriting – is dramaturgy as important for sketches as it is for films?

Yes, absolutely. Every sketch needs its very own structure, a beginning and an end and its own approach in which everything has to be told in the shortest amount of time, plus it’s also supposed to be funny. And to the point.

How relevant is timing in your job?

Timing is the be all and end all. Timing often determines what’s funny and not funny. If the timing isn’t right, the sketch will very quickly become just another scene that likely doesn’t make any sense. It’s like music. Everything follows a rhythm, and when it’s off, the flow’s destroyed and you’re not taken on the journey with it.

We had a look at some famous quotes by German humourist Loriot and found this: “Every sort of punchline is the result of a chain of associations, the groundwork underpinning the ideas; first you get a sense of the area as a whole and then play around with the punchline quite a bit till you get something you think is possible.” Would you agree with that?

Loriot was a perfectionist and a genius at timing. There’s nothing left to chance; it’s the result of uncannily precise observation, interpretation and ingenious composition. Punchlines are usually the result of long, meticulous prep work, but must never appear to be. I would describe myself as quite spontaneous, but I always have to be very well-prepared at work and I’m reluctant to leave things to chance. To “be able to let myself go”, I have to know exactly what’s happening, when, where and why. Then there’s room for improvisation. That’s my experience.

What would you say – what’s the meaning of humour in general?

Actually, the old saying “Humour is when you laugh anyway” captures it all. Humour not only makes life more bearable; it makes it fun. It was always that way – and usually those with the biggest sense of humour are those who actually have nothing to laugh about. 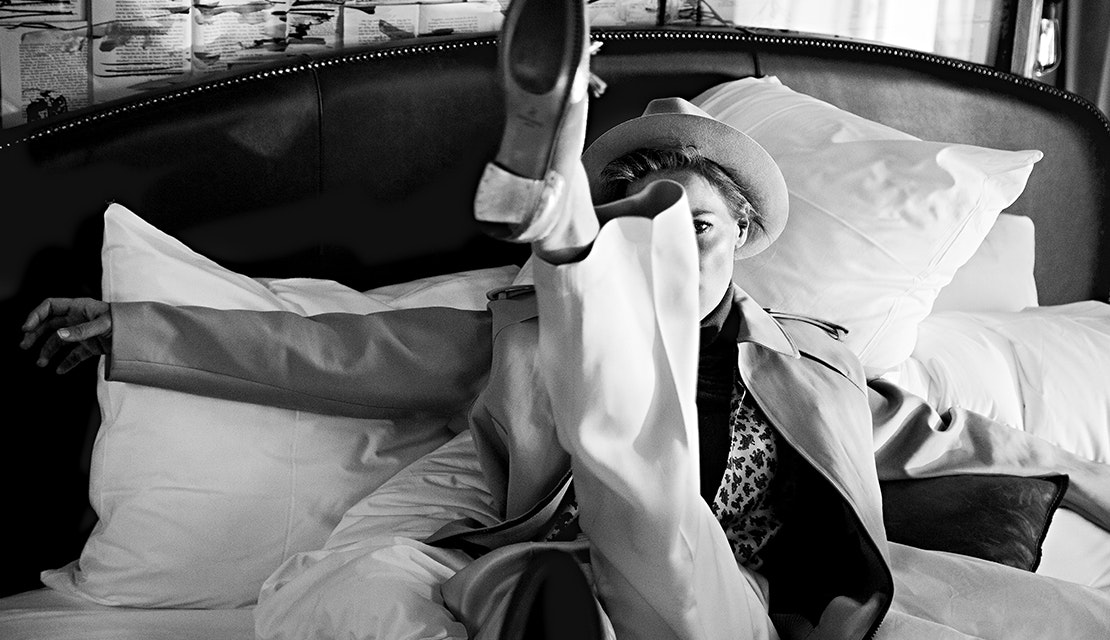