Time for records: Porsche on the Nordschleife

A Porsche and the Nürburgring Nordschleife? That sounds like a lot of driving fun. But even more like a record. Our Top 5 of the perfect combination for best performances in the »Green Hell«.

With the Taycan at the Nürburgring Nordschleife, Porsche set the record for four-door cars with electric drive: The sports car circumnavigated the »Green Hell« in 7:42 minutes. A premiere for Porsche, but only with a view to the powertrain - because Zuffenhausen is a repeat offender for the best performances on the most demanding race track in the world. Our top 5 of the fastest Porsche laps on the Nordschleife. 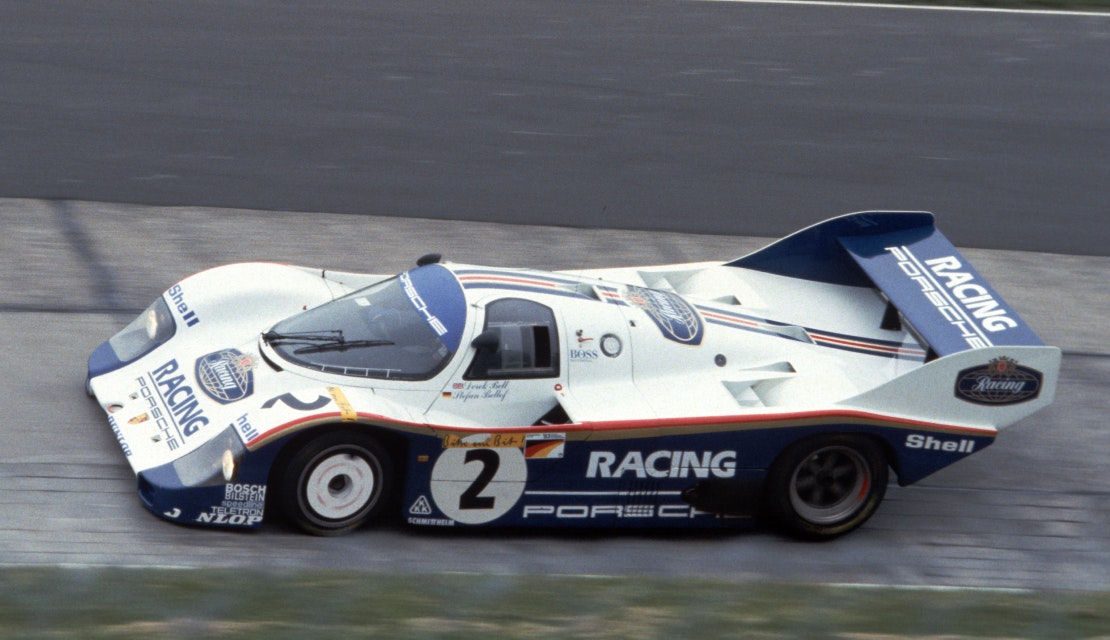 Anyone who says Nordschleife must also say Stefan Bellof: No other lap has shaped the history of the Nordschleife more lastingly than the 6:11.13 minutes Bellofs on an unusually cold May 28th 1983. In qualifying for the 1000 kilometer race, the young man from Giessen is the first person to complete the Green Hell with an average speed of more than 200 kilometers per hour. And that at the wheel of a Porsche 956 C. 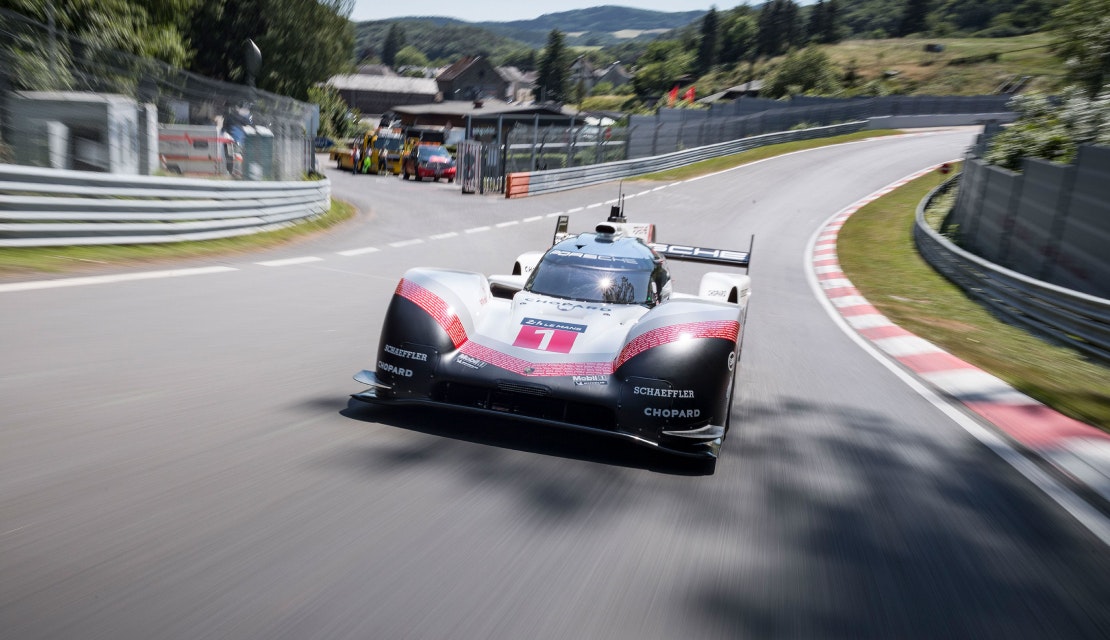 Fast, faster, 919 Hybrid Evo. On the morning of June 29 th 2018, the unleashed Le Mans prototype and winner pulverises all records in the Eifel: With a time of 5:19.55 minutes in the hands of Timo Bernhard he undercuts the legendary Nordschleife best time of Stefan Bellof by 51.58 seconds. And with 1160 hp system power and an average speed of 233.8 km/h, it's the fastest thing ever to hit the Nordschleife. At such a pace even Formula 1 has been left behind in the meantime - like a few weeks ago on the Ardennes roller coaster in Spa, Belgium. 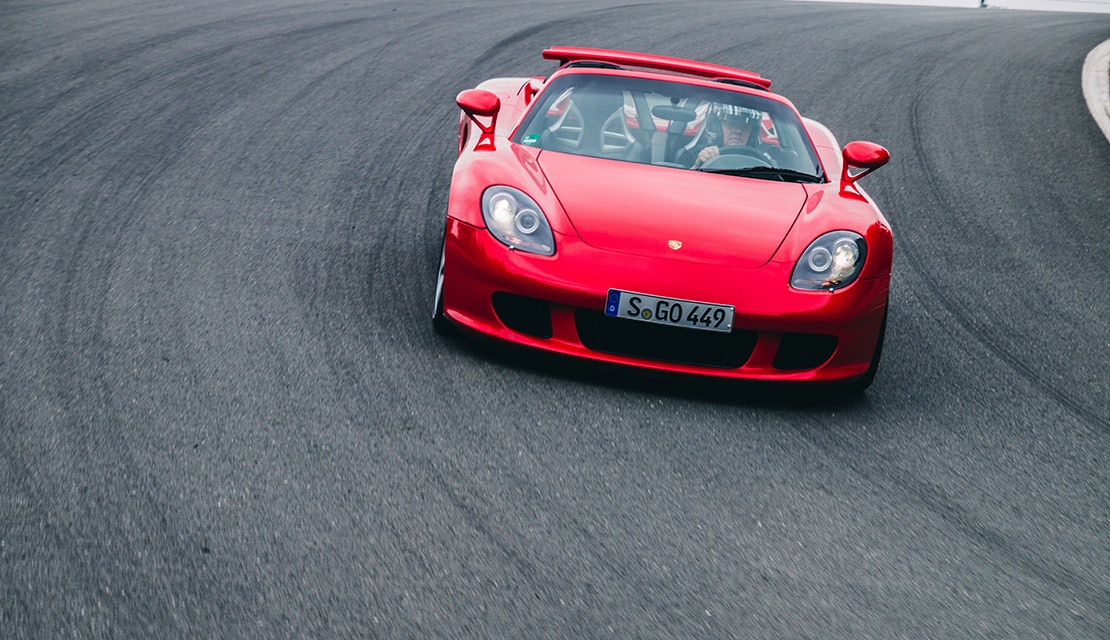 At the beginning of the 2000s, the cars from Stuttgart's Zuffenhausen district had big wings in line with expectations from the 1960s and flew around the Nordschleife - the second, however, only in the figurative sense. We are talking about the Porsche Carrera GT, its variable rear spoiler and the best time of 7:32.40 minutes. This is the record the V10 car holds since winter and spring 2004 - as the fastest road-legal production vehicle on the 20-kilometre circuit. At the wheel: Horst von Saurma. 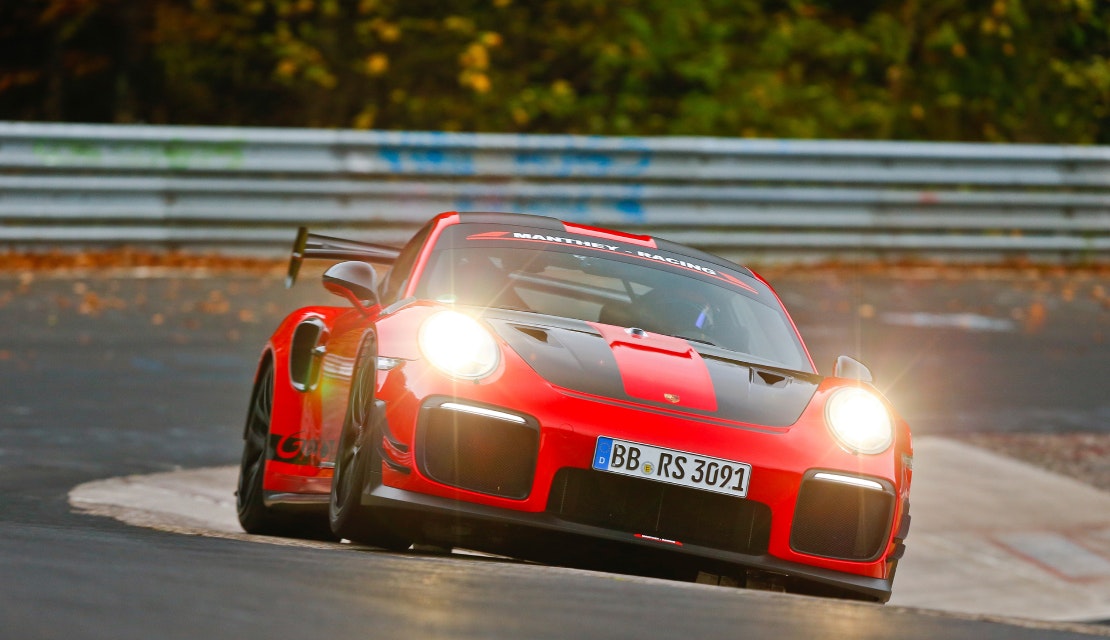 A good sparring partner is worth gold. Applies to the boxing ring, but can also be transferred to the Nürburgring. On 25th of October 2018, the top version of the 911 GT2 RS in the MR version bettered to 6:40.30 minutes. But all thanks to strong competition from Italy: The record for the fastest road-legal car on the Nordschleife changed between Porsche and Lamborghini almost every month until then. Or to say it in the words of soccer player Andreas Möller: Zuffenhausen or Sant'Agata Bolognese? The main thing is the Nordschleife! 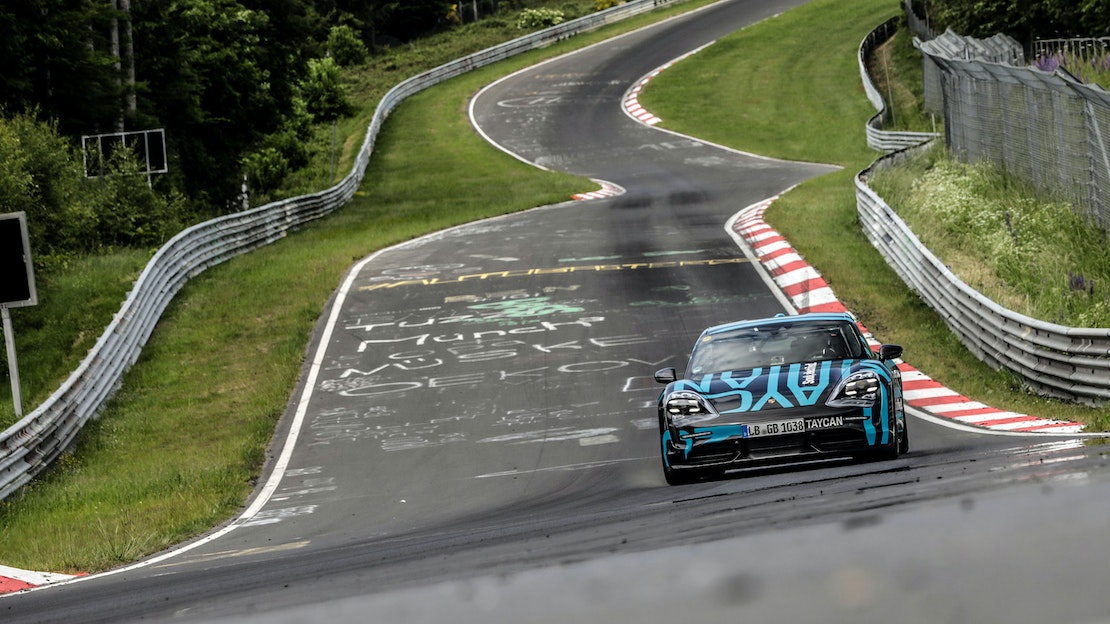 Expected with excitement and finally electrifying: the lap time of the Taycan on the Nordschleife. Thanks to a time of 7:42 minutes, the all-electric four-door will take first place in its class in summer 2019, but will also be continuing the long tradition of its ancestors. All that remains is the question of whether we are still talking about hitting the gas... Or the Volts?