No power assistance for steering or brakes. To drive this car, you need muscle power and a determined effort. Still today, the Porsche 911S 2.4 is considered a real men’s car. This model here especially. 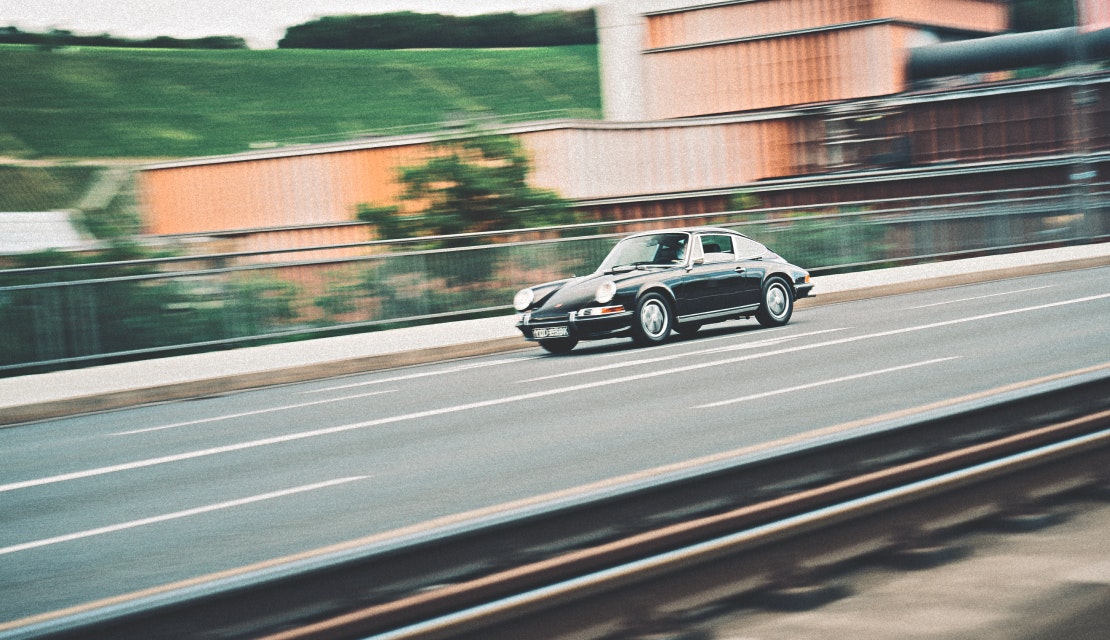 And that’s just where this very special 1972 Porsche 911S 2.4 with oil flap seems to come from. Directly, with no detours. The round instruments, the steering wheel, the gear knob, the pedals, seats and radio – every switch, every little lever left the factory in Zuffenhausen in its present form almost fifty years ago and has faithfully accompanied the car on its more than 100,000-km journey. That has left its mark. Obviously. Patina is what enthusiasts call it today. But weary and worn-out? Flagging and frail? No chance! Experts from the US, Germany and England regard this unrestored 911 as one of the most original, if not the most original 1972 Oil Flap S worldwide. 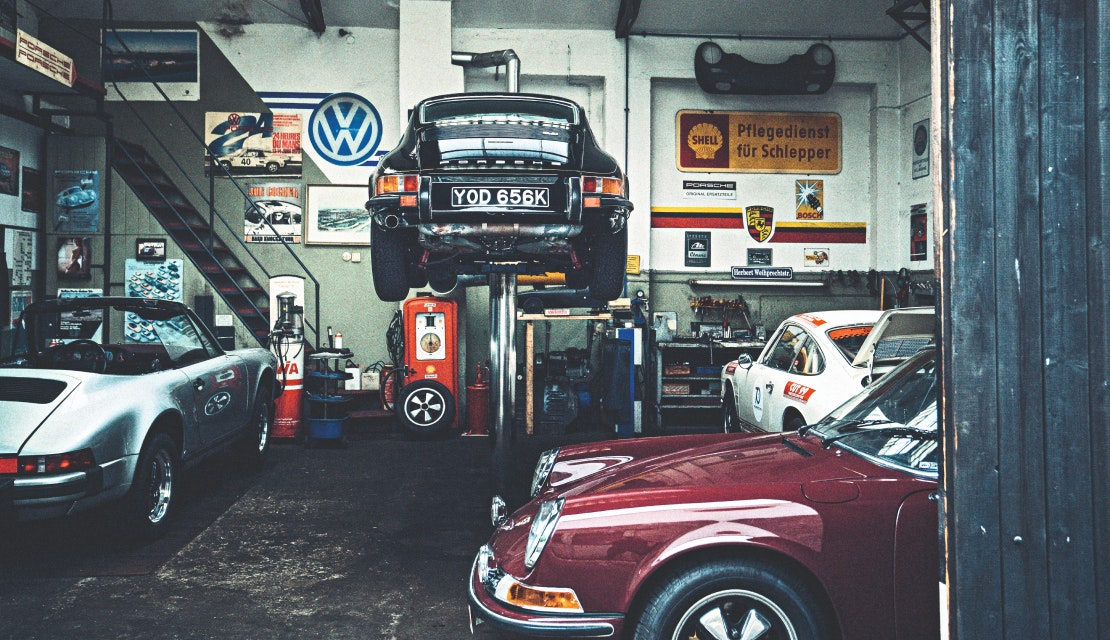 After its birth as the 901, the 911 was continuously developed by Porsche’s engineering department. The engine capacity for the 1972 model year grew for the second time, to exactly 2,341 cc, enough for 190 hp at 6,500 rpm. Anyone who now thinks that 190 hp is not all that impressive hasn’t understood the principle of power-to-weight ratio. This Porsche 911, weighing just 1,120 kilograms, can still dominate pretty much everything that rolls off the assembly line today if it hasn’t been radically optimized for weight. 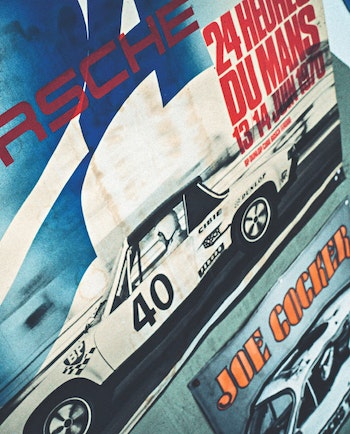 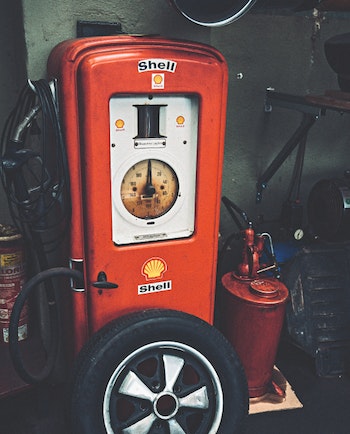 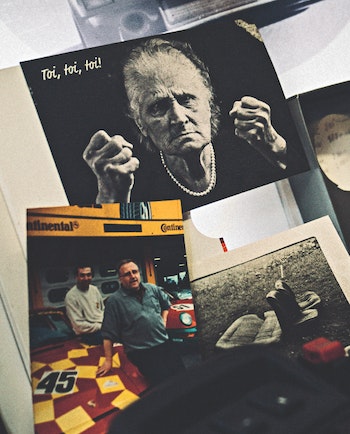 Increasing engine capacity was, by the way, the most pragmatic and logical solution at the time to comply with the emissions regulations in the US and to compensate for the reduction or elimination of lead in gasoline. Because this also involved a reduction in the octane rating, Porsche had to design its engines to run on regular gasoline, resulting in a compression ratio of 8.5:1 instead of 9.8:1. It was still a simple world in which more displacement (and the use of a six-piston fuel injection pump) resulted in 10 hp more power despite the inferior fuel. Only logical that this would lead to better results: Austrian car magazine Autorevue reached 100 km/h from zero in 6.6 seconds, with a top speed of 234.7 km/h. The guys at Germany’s auto motor und sport only managed 7.4 seconds for the standard sprint and 231.4 km/h for the maximum velocity. This is all the more interesting as the two magazines used the exact same test car (vehicle registration plate: LB-SH 600). 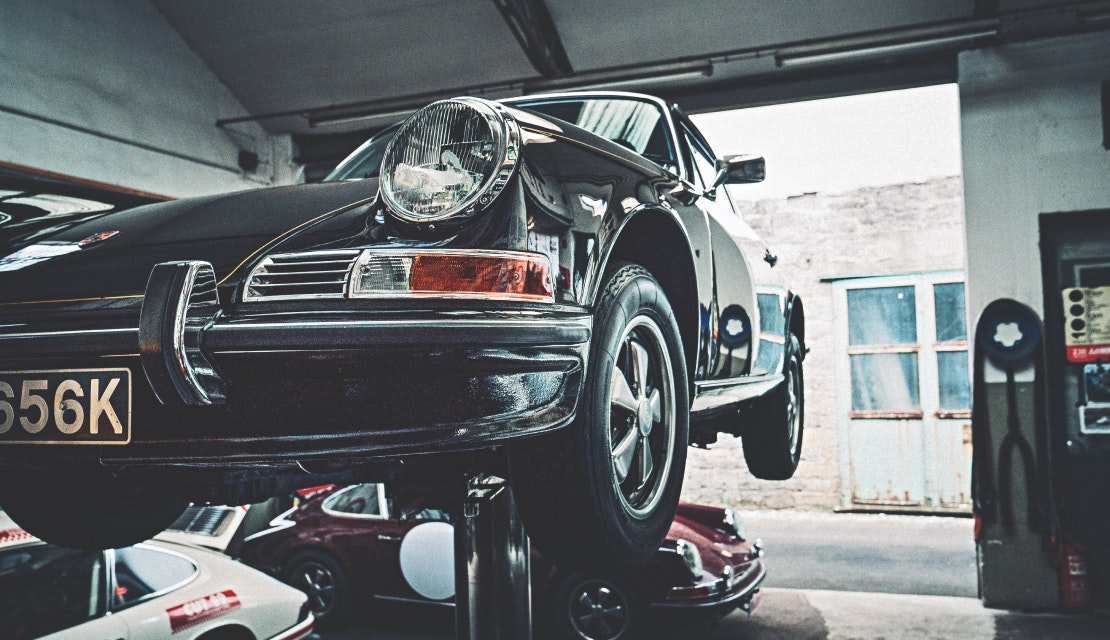 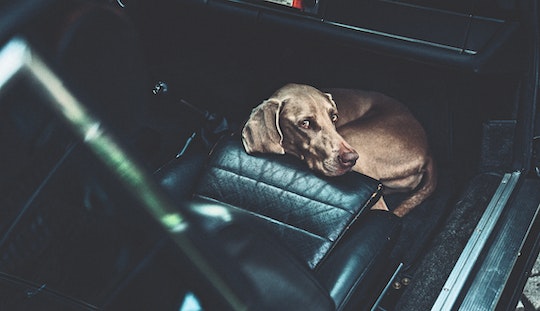 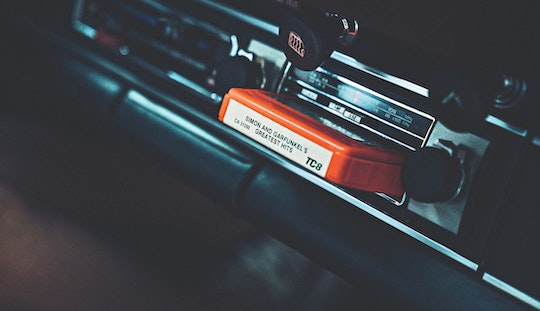 Pit stop at the gas station. A total of 85 liters fit into the so-called long-distance tank, available as an optional extra. Time enough to take a closer look at the car. At the shoulders, the original paint is already quite worn; depending on how the light falls on it, you can see the primer shining through, sometimes more, sometimes less. A golden pin stripe runs around the whole car. On the driver’s door it shows the name of Gary Tharp, the car’s first owner. On the passenger door is the name of his wife, Patricia. From 1972 to 2014, the car was in their possession without interruption and – thanks in part to the California climate – it has remained absolutely rust-free and almost in original condition. Only the driver’s door was repainted slightly in 1977 because of a minor scratch. Why this pin stripe was painted on the car? “No idea,” the current owner says with a shrug of his shoulders. He bought this 911 in 2014 from Ingram & Watts Road Scholars, who handled the sale of the car after the death of the previous owner. Under no circumstances does he want to have the pin stripe removed, however. “It belongs to the history of this car,” he says and adds with a laugh, “just like the Simon & Garfunkel eight-track.” 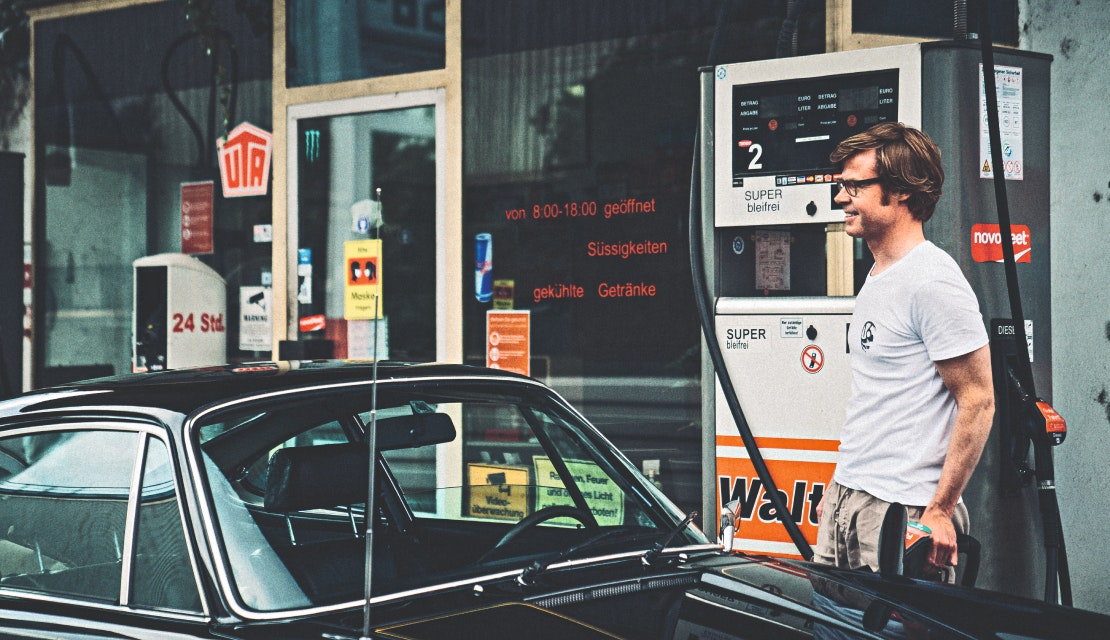 The city of Würzburg gives the 911S 2.4 a chance to drive in an environment which, thanks to the wine and the surrounding hills, does have some parallels to California in general and San Francisco in particular. Even the climate plays its part: in no other region of Germany does it rain as little as in Würzburg. The 911S 2.4 is from a time when racing was still lethal and advertising innocently honest. A contemporary billboard featuring a 911S 2.4 on the racetrack was accompanied by the following text: “This 2.4-liter Porsche was tested at Le Mans. It won the 24 Hours. Today you can buy it.” Nothing about that was exaggerated. In fact, Raymond Touroul and André Anselme drove a 2.4-liter 911 to sixth place overall and to the top of the GT class. Four other 911S models saw the checkered flag during that race, at the end of which only twelve cars classified. The overall victory, by the way, was clinched by Gjis van Lennep and Helmut Marko in a Porsche 917. 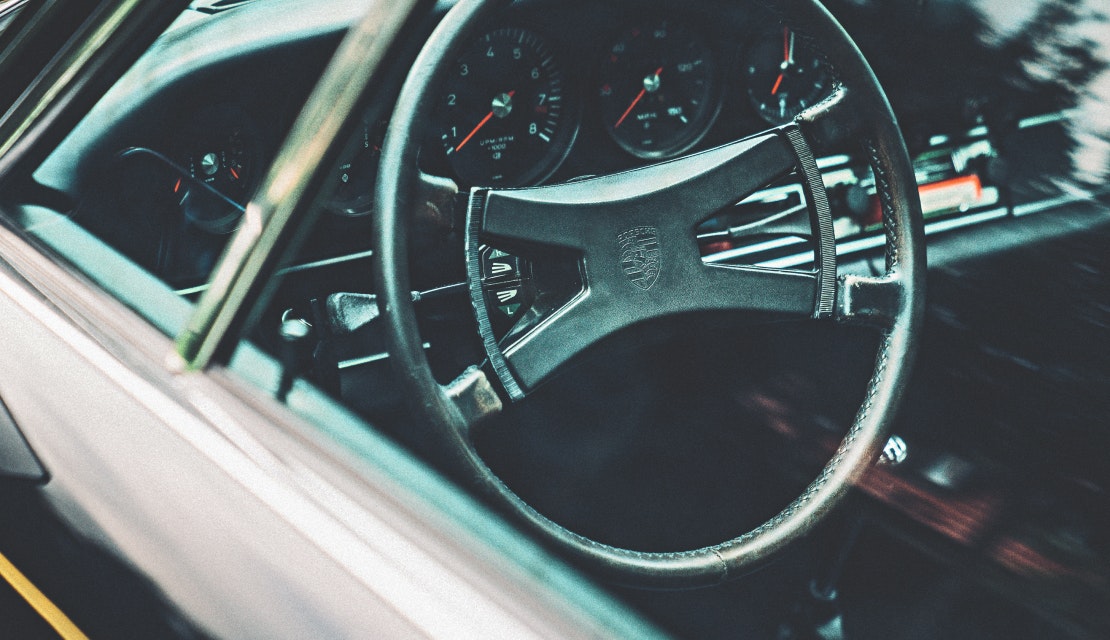 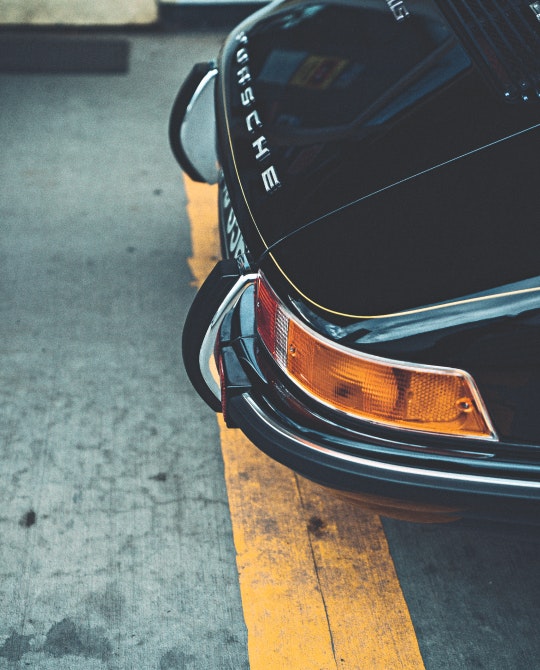 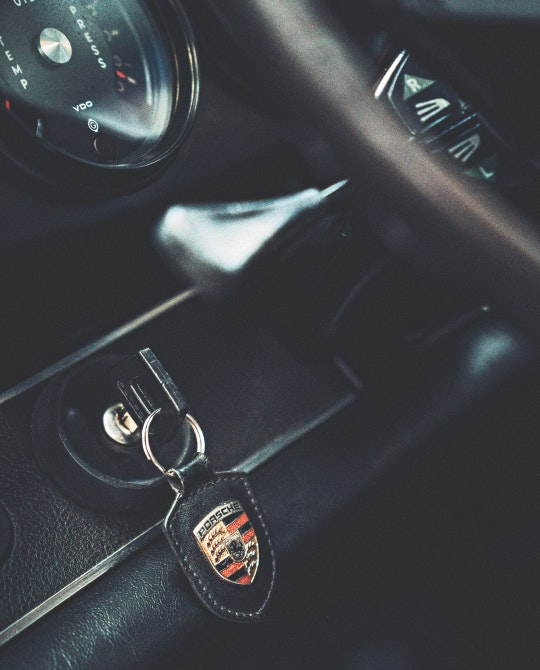 One of the most important technical innovations in the 911S 2.4 was the new front spoiler, pragmatically called “wind downforce plate” at the time. Instagram-conditioned marketing types today would shun that sort of thing for fear it could shatter the display of their smartphones. In terms of handling, however, it was a real milestone. Manfred Jantke, at the time test editor at auto motor und sport, assessed the development as follows: “The effect of the apron is striking – the Porsche 911, which had previously felt unpleasantly light and indifferent when driving in the 200 km/h range, now performs more smoothly at high speeds and has more directional stability; even people who don’t drive a Porsche all the time are now more relaxed at the wheel.” Driving the 911S 2.4, Jantke found the usual speed of 70 km/h on country roads “hard to bear” and even on the autobahn, at 150 km/h, he was constantly shifting between third and fourth gear “to escape the bondage of slow and medium-speed drivers”. Sound like a 1970s movie? See above. 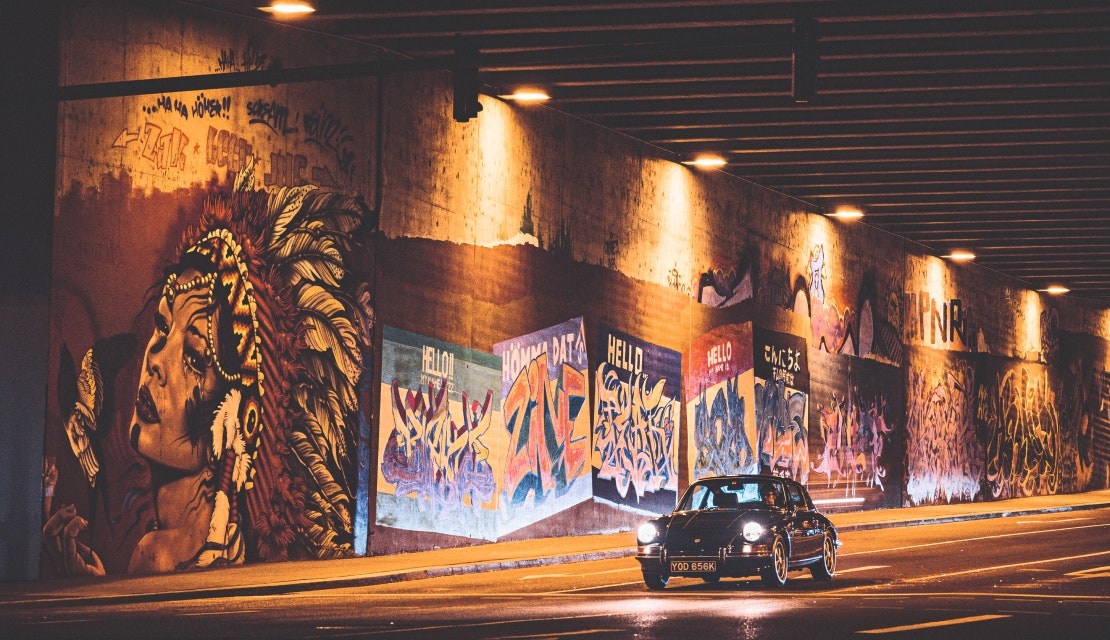 Only one mystery remains after this air-cooled, hot and humid summer night’s drive. In addition to its lack of directional stability on poor roads, shock-sensitive steering and speed-dependent heating, people at the time also complained about the loud engine noise. 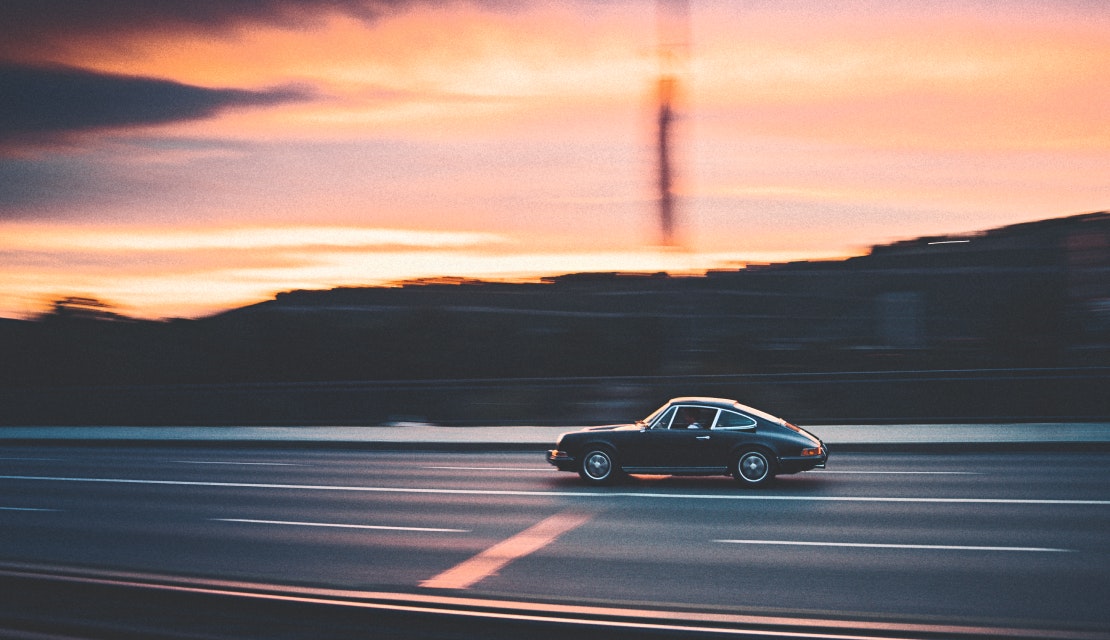 Which makes us want to ask: Are you crazy!? But fortunately those times are long gone. 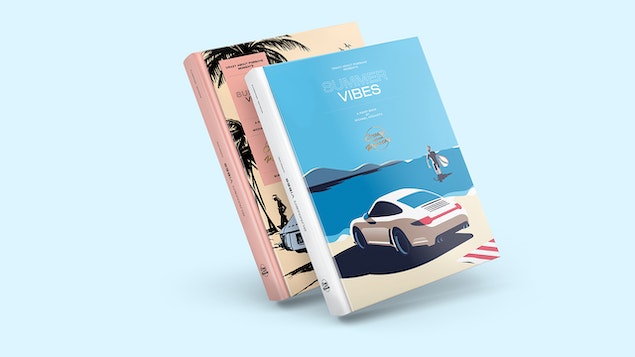