The truth lies in the smile, the saying should go. Because an honest smile is hard to fake. A standard feature in a Porsche has always been that it puts just such a smile on your face. An exhilarating drive out to Austria in the new all-electric Taycan quickly reveals what will change and what will always remain.

A Pan Am smile was once a common synonym for an artificial, false smile. It is named for the airline Pan American World Airways, which demanded a constant smile from its stewardesses to make the passengers feel welcome. For the stewardesses, however, the work routine didn’t always give them reason to smile – something most people noticed straight away. The human smile is an extremely complex facial expression that engages several different muscles of the face. People often know when someone is smiling but doesn’t really feel like it. Feeling makes it authentic. We are going to feel a lot this weekend. And smile. Really smile.

We’re in Munich, at the Roomers Hotel, a leisurely stroll from the Theresienwiese, home to the world-famous Oktoberfest. “Wiese” means “meadow”, but the meadow is long gone. It still is an open space, though it is mostly paved. The creative minds behind the Roomers Hotels are Micky Rosen and Alex Urseanu. The industry experts from the 2018 Hoteliers of the Year award once described the duo as movers and shakers who “show how luxury can be interpreted in a modern way without losing sight of the lightness of being.” In the lobby, right next to the entrance, there stands a custom motorcycle, vintage and petrol-powered. But we will graciously overlook this little oversight. Because what awaits us is an electrifying weekend. 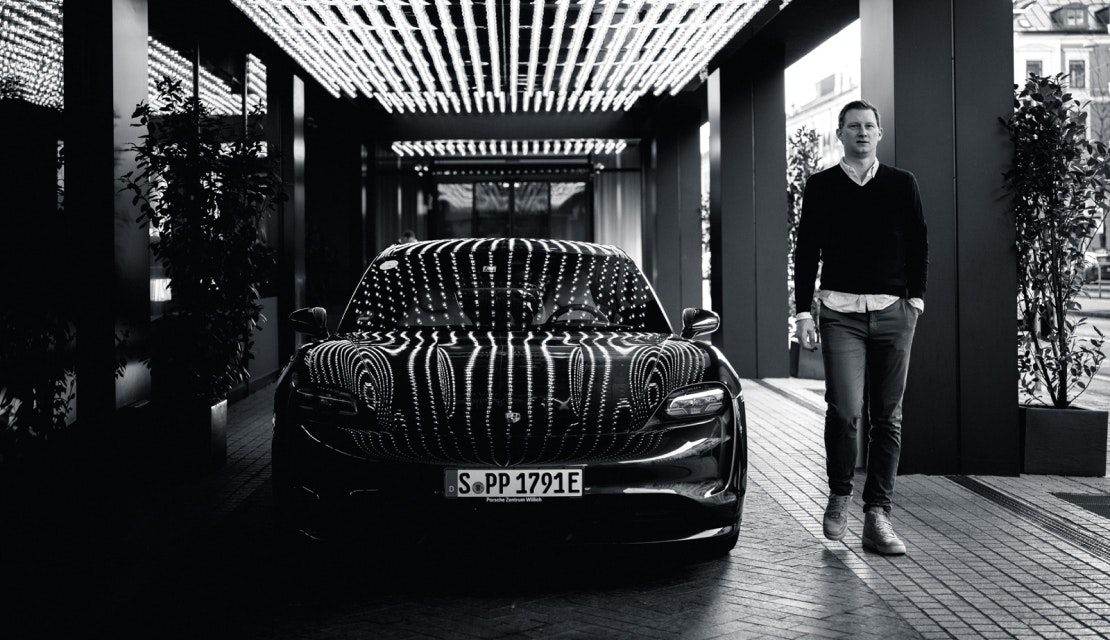 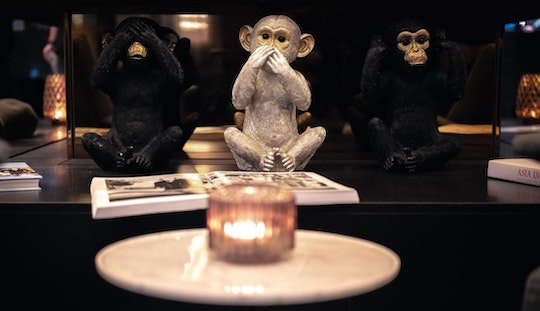 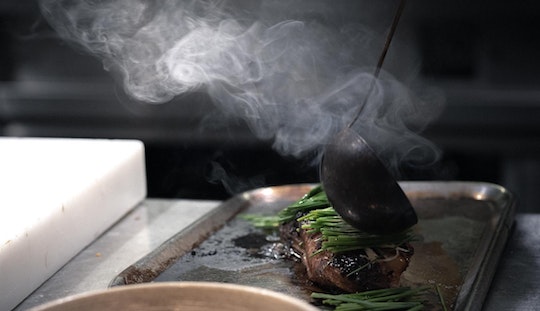 Together with a few customers, photographers, journalists and an actor, we want to make our way to Zell am See in Austria with the new Porsche Taycan. A typical weekend getaway, an everyday escape for residents of the Bavarian capital: skiing in the winter, hiking and mountain biking in the summer. A little autobahn, a little mountain road, and three hours later you’re there. With its realistic range, the Taycan should be able to manage that without stopping to recharge. Spoiler alert: it did. With astounding ease.

At this point, just for the record: the Taycan has a lower center of gravity than the 911, thanks to the batteries installed in the vehicle floor. That makes for some authentic feeling in the curves. And the way it shoots down the straight! The Taycan Turbo S manages a distance of about twenty-eight meters in the first 2.5 seconds, what some people will probably be able to do in their driveway. Such madness is of course not recommended. And just for comparison: the plug-in hybrid über- Porsche 918 Spyder covers a good two meters less in the same amount of time. Years ago, hobby philosopher Walter Röhrl already once pondered the range of facial expressions and tears of joy that can accompany the thrill of acceleration. The Taycan surpasses all that. Not only will your tears flow horizontally backwards when accelerating, the Taycan will also smooth out your wrinkles. Our “fountain of youth” is a small airfield. The runway is reserved exclusively for the low-flying Taycan. A couple of times full throttle with launch control from zero to a hundred and we’ll all end up looking three to five years younger. The people in the Botox industry are already getting their first worry lines. So we hear. The fascinating thing about e-mobility made in Zuffenhausen is the millisecond control of every single wheel, which is not possible in a combustion engine car. Like a bloodhound, each of the four wheels independently sniffs out as much grip as it can find and pushes the Taycan forward. The conditions are almost irrelevant. The Taycan Turbo S needs only a tenth of a second longer from zero to a hundred in rain than in ideal dry conditions. A new form of efficiency. Somehow. 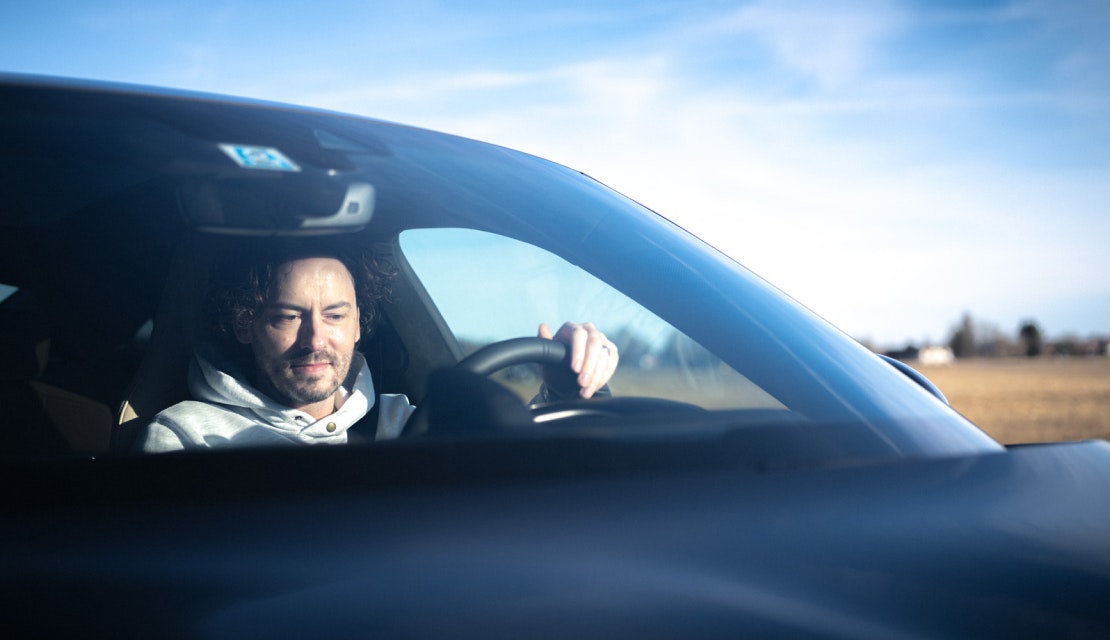 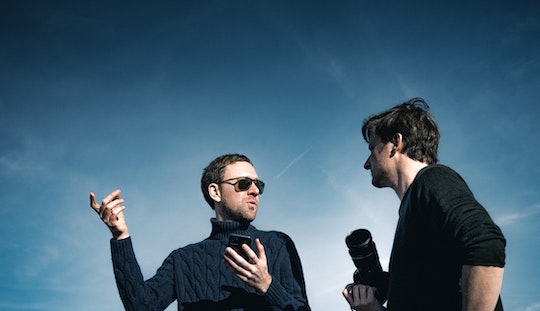 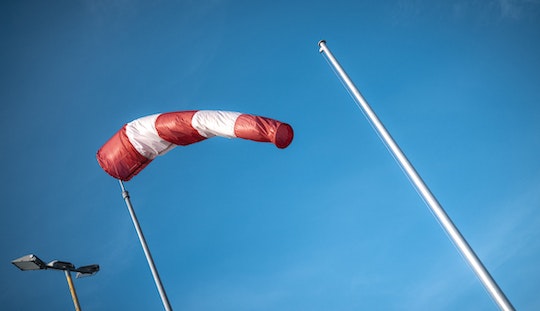 It takes some extremely dense traffic and really slow going in Austria to wipe the permanent smile in the Taycan from our face. A fan provides some relief. He’s driving the SEAT two cars behind our convoy. “Is that the new Taycan?” His enthusiasm knows no bounds. He’s over the moon. And outs himself as the self-proclaimed “biggest Porsche fan ever”. He thinks the Taycan is “sensational”. And what he’s read and seen about the performance – almost unbelievable. The fan hangs around for a while, overjoyed with Porsche emotions. We however are delight about the Taycan: the all-wheel drivetrain dispels any fear of snowstorms on the mountain road. You feel intuitively safe.

The real fun is waiting for us on a closed-off test area in Austria. Snow-covered tracks, drifting in an electric car. A four-wheel-drive electric car. We think of Walter Röhrl again. When he switched from the extreme rear-wheel-drive Lancia 037 to the Audi Quattro at the 1984 Monte Carlo Rally, it took even the rally master a few days to get used to the pull from the front. But then he went and beat the Scandinavian Quattro aces Stig Blomqvist and Hannu Mikkola, not by seconds, but by minutes. What insights can we draw from this? Everything can be learned. Only that the learning curve runs one way for some people, another way for others. And for us? Well, it’s probably the flattest thing here in the mountains, what with the Taycan making it easy for us. The power can be metered out far more precisely than with a combustion engine and the grip level is better. That delivers some correspondingly excellent results when accelerating on the straight: “Yeehaw!” 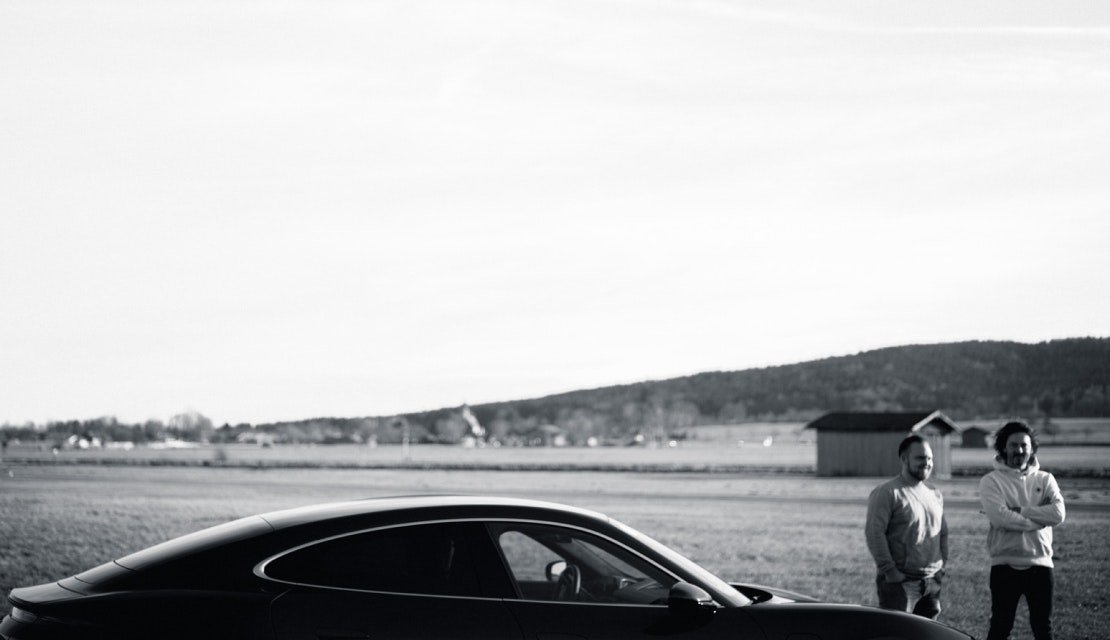 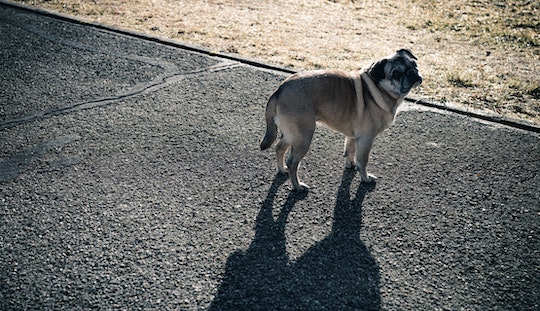 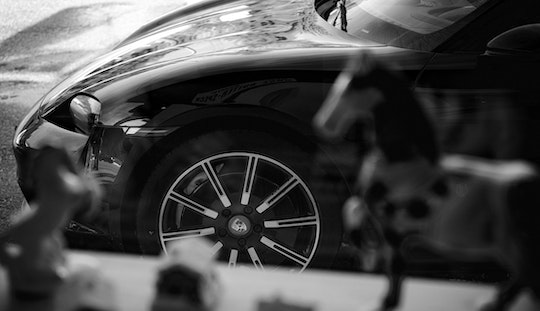 But then there are the curves. And when braking, you can’t just develop away the weight of 2.3 tons. Mass remains mass. Still, the Taycan has constant access to a sort of lightness. It is a new form of lightness that is more an interaction arising from the processes of motion in general: accelerating, steering, braking, cruising, the Taycan handles all of these things with a relaxed calmness that noticeably affects the driver’s central nervous system. It would do so even without the quiet electric powertrain. Counter-steering wellness, so to speak.

The real art of all-wheel-drive drifting, after all, is in not steering. Ideally, the steering wheel is at twelve o’clock while the vehicle is standing sideways, or better: pushing and pulling. Everything finely controlled via the right foot, with the left foot resting on the brake pedal, giving it short but determined blips every now and then to prevent what no one wants: malicious grins on others’ faces as you spin and the Taycan slides backwards into the snow bank. It’s tremendous fun to slide so easily and effortlessly over the loose surface. In the end, however, things aren’t as completely silent as expected. There’s the scraping of the tires over snow and ice. And the artificial engine sound, an optional extra that you could also switch off if you want. Though it does help in metering out the dosage. Porsche is catering to old instincts here. Not to mention that the sound is a bit reminiscent of the warp drive in Star Trek. So mentally we are already prepared for an interstellar space adventure. As Captain Kirk would say: “Warp speed!” 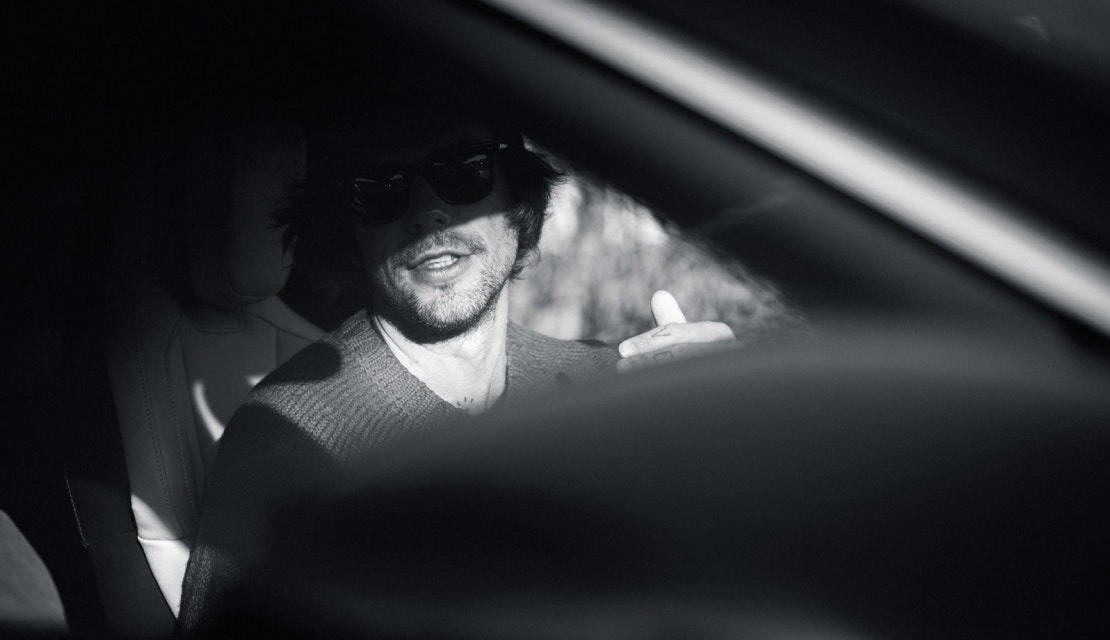 For comparison, we’ve also got a few – are we allowed to say this? – conventional Porsches to look at: a couple of 911s, rear and all-wheel drive, a GT3 RS, a GT2 RS and a 718 GT4 – manual shift, of course! It certainly is an acoustic pleasure when a GT3 RS pushes its naturally aspirated engine towards 9,000 revs, but it also requires a lot of talent and concentration to drift crisply around the corners. That will result in certain facial expressions in more than just a few drivers, especially if you spin out for the third time in the same curve. With or without sound. 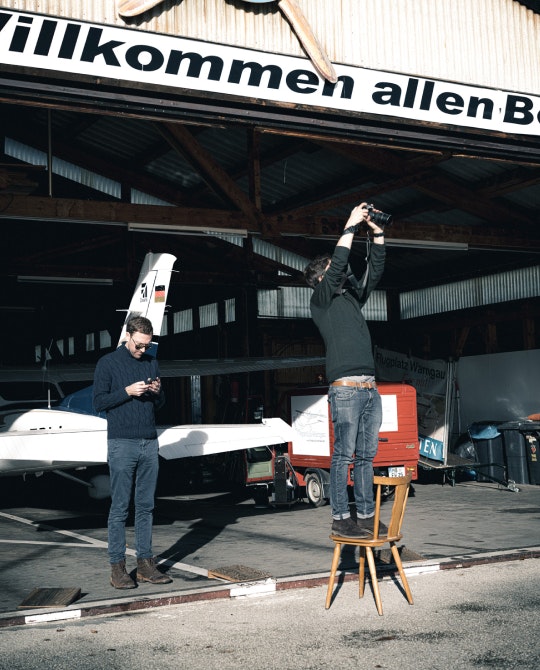 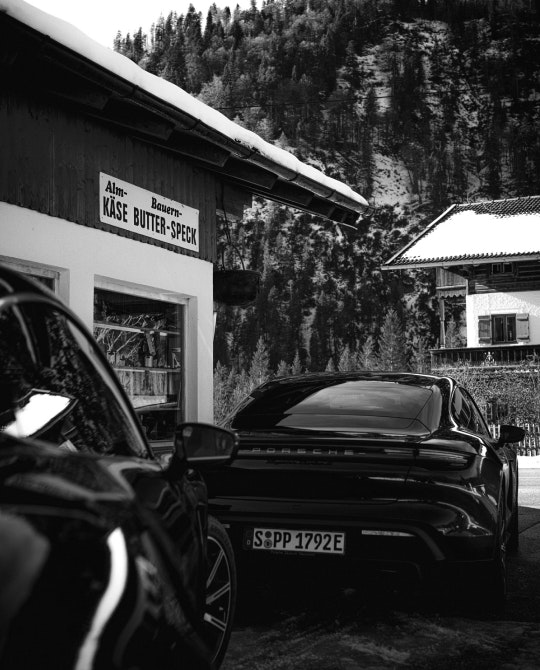 Later in the evening, gathered around the proverbial campfire, we debate whether evolution will ever completely exorcise us of this instinct to react to engine sound. We reach no agreement. Porsche claims that the sound is generated from the natural processes of the electric powertrain, so technically truly real. Just like our smiles all weekend long. 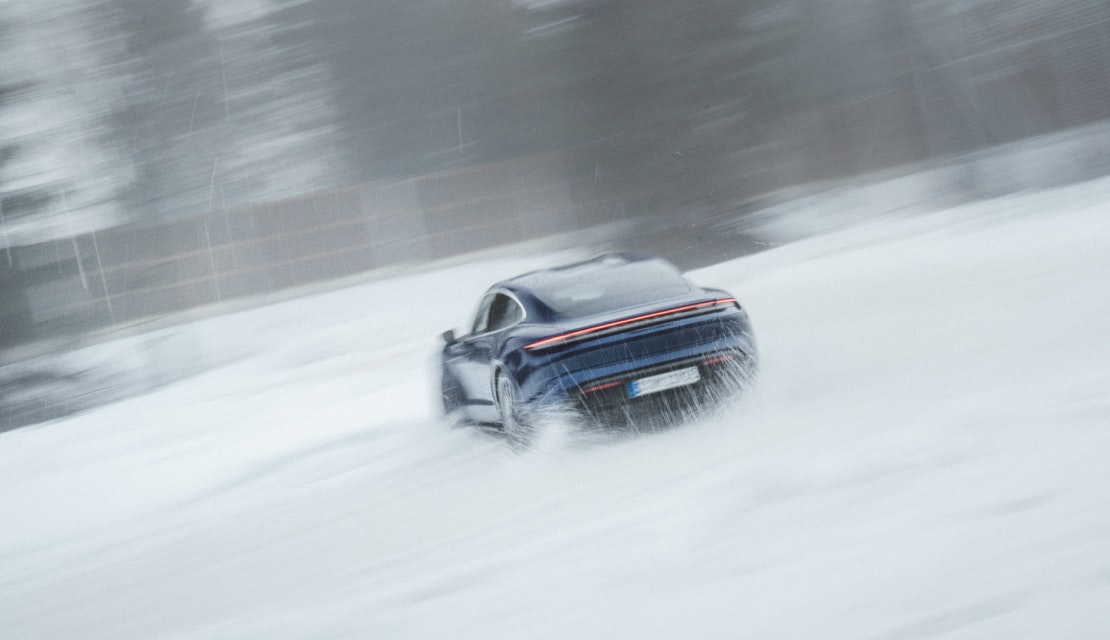 All photos in this article were taken with a Fujifilm GFX 100, which was made available to us for testing purposes.