The Taycan in Nardò: A well rounded thing

The Taycan covered 3425 kilometres in 24 hours at the Nardò high-speed test center in southern Italy. The fast charging is particularly convincing when driving around the clock.

A Porsche with a closed circuit? Check. The fastest test track in the world, a ring with a diameter of four kilometers? Check. A trip twice around the clock? Check. All in all: a well rounded thing, but above all 3425 kilometers in 24 hours. The route corresponds to a journey from the speed temple in southern Italy on the Mediterranean to Trondheim in Norway on the Atlantic. The speed of the electric Zuffenhausener was between 195 and 215 kilometers per hour. 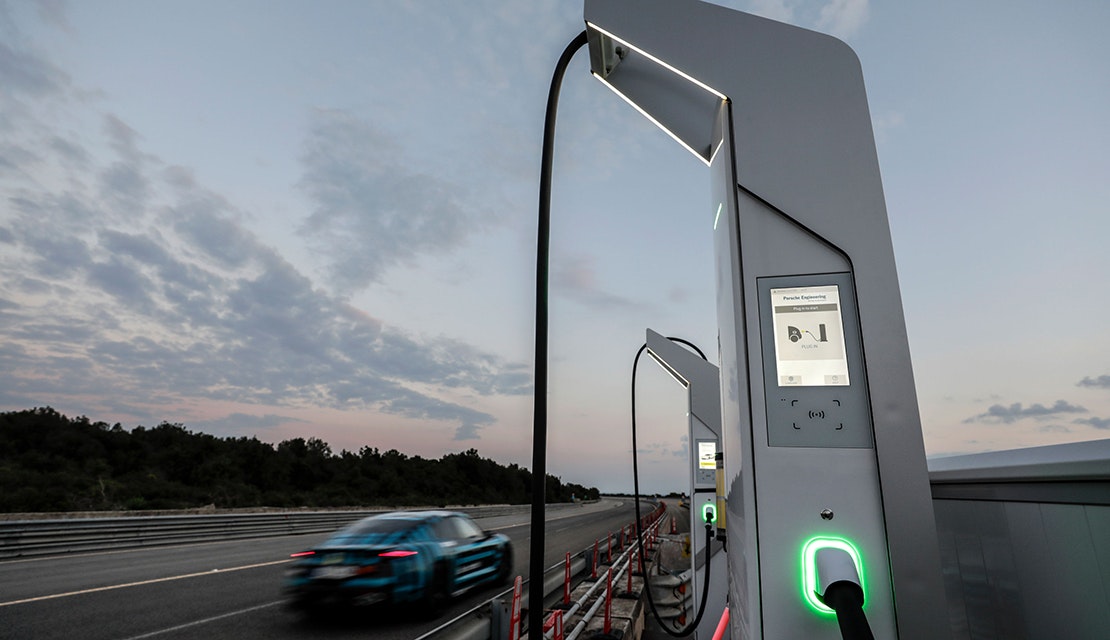 The Taycan owes this performance and endurance to its unique 800-volt technology. Not only does it allow evenly fast laps on the racetrack, it also enables short charging times. 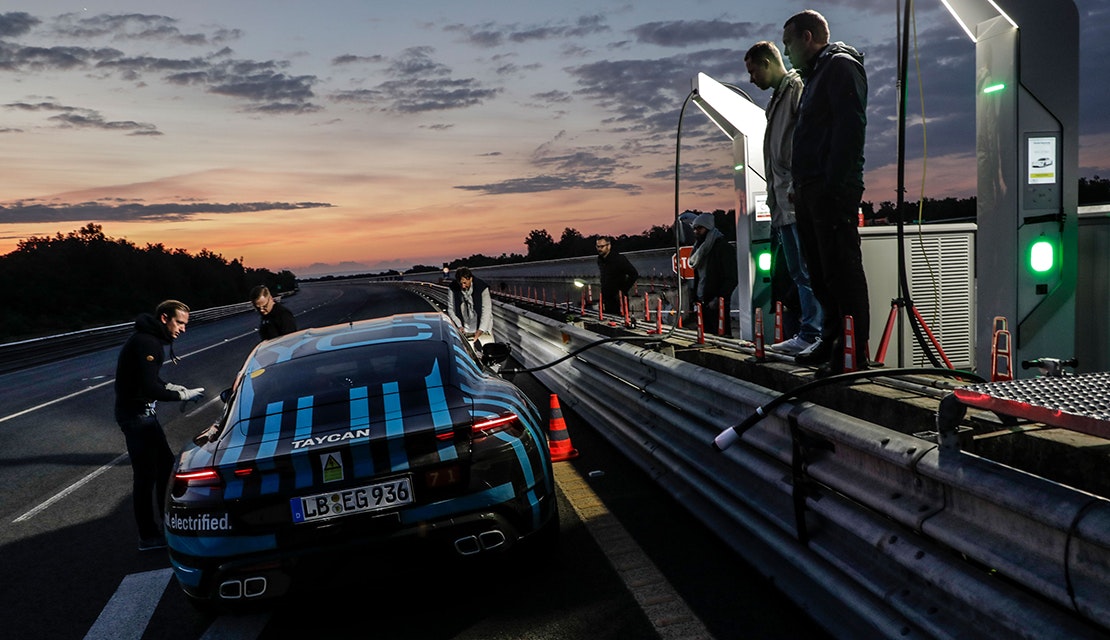 And even more. In its press release in the fifth paragraph, Porsche has hidden a news item that is certainly not insignificant for Porsche fans. At the end of July, a pre-series vehicle was accelerated from zero to 200 km/h 26 times in a row on an airfield - and on average in less than ten seconds.

Which makes us fantasize - not only about the more than 600 PS of the Taycan, but also about the 800 Volt system voltage. 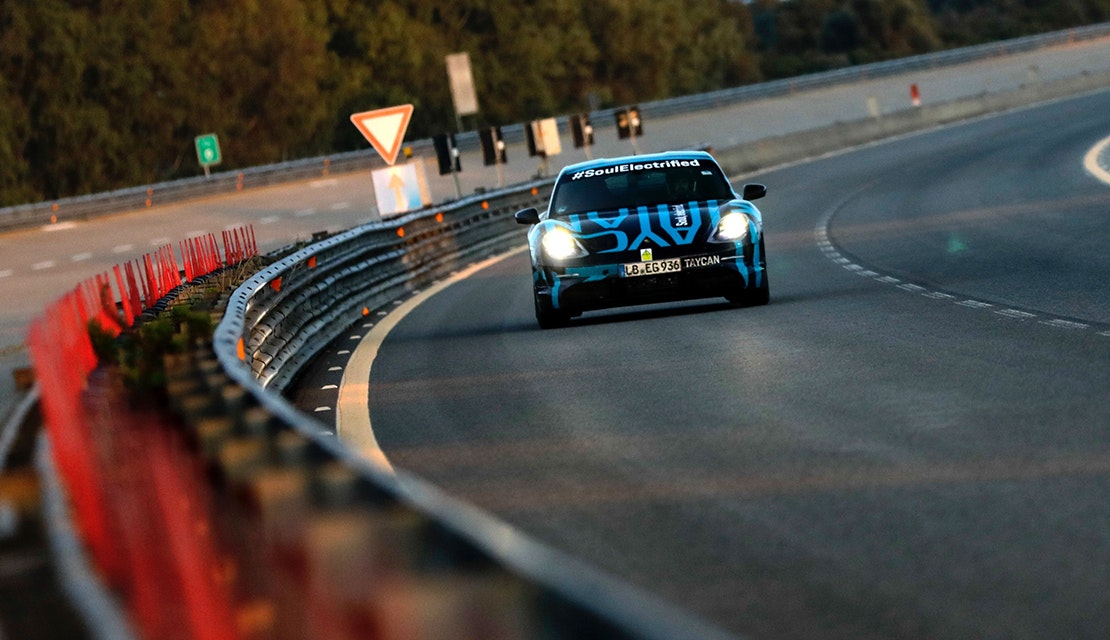