What the Linz artist Hannes Langeder has put on four mountain bikes in 2010 is not an April fool's joke. We still had a good laugh.

"I couldn't find the car I was looking for. So I decided to build it myself," said Ferdinand Porsche once and founded one of the most legendary car brands. A bit too expensive, said Hannes Langeder, famous artist from Linz, Austria, and built his very own one. Made of adhesive tape, cardboard and plastic pipes. 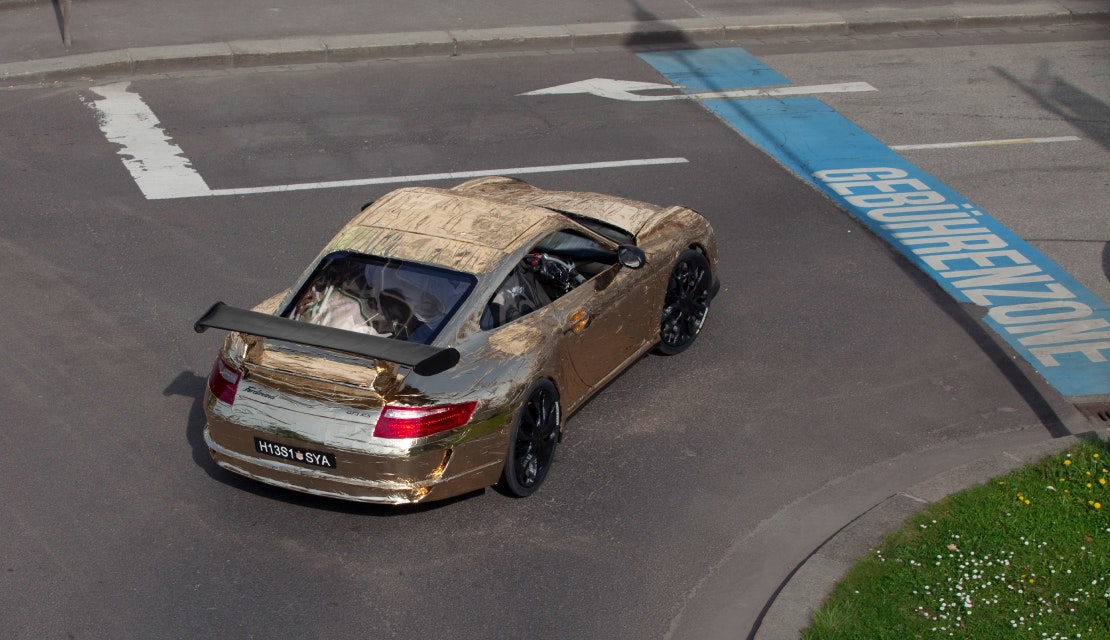 The end result, standing on chic mountain bikes, is impressive. The "Ferdinand GT3 RS", as Langeder Hannes calls his Porsche version, looks so great that a lady parked in front of Hannes' garage in Linz got out of her Porsche Turbo and confessed to the artist that she liked his one very much. This may have been due to the golden tape that forms the bodywork of Langeder's vehicle, and that functions as a biological lure, just as it does in nature. But the accidental encounter did not develop into a long lasting friendship, Langeder adds with a little regret. First, he was happily married with three daughters. And secondly, one can assume, because the RS in his Porsche stands for "RadSport"(Cycling), because the Langeder "Ferdinand" is driven by pedal power. 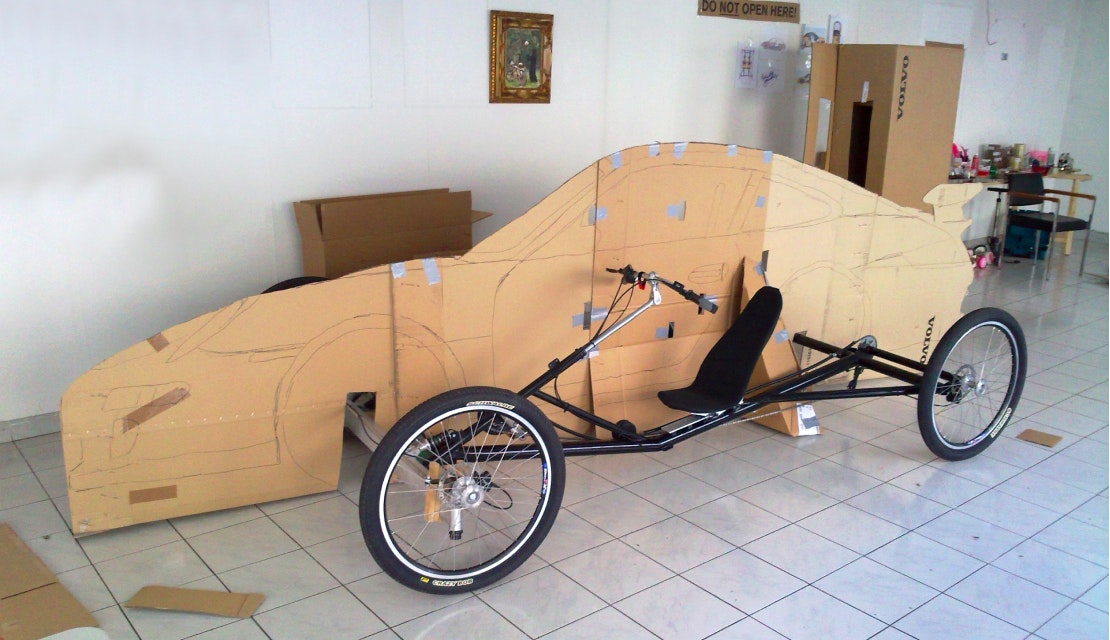 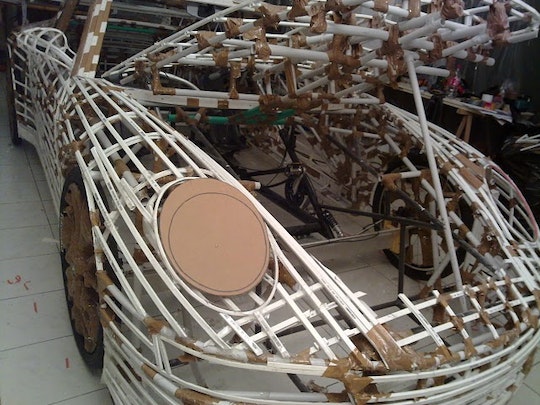 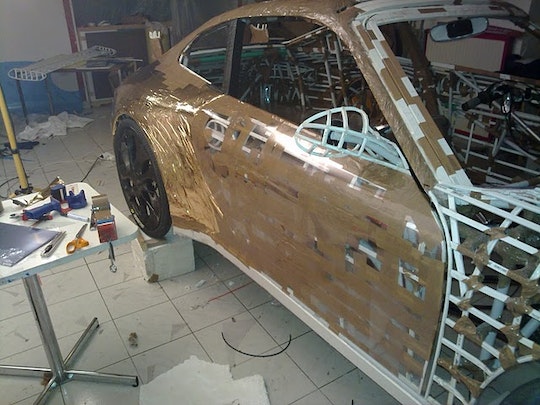 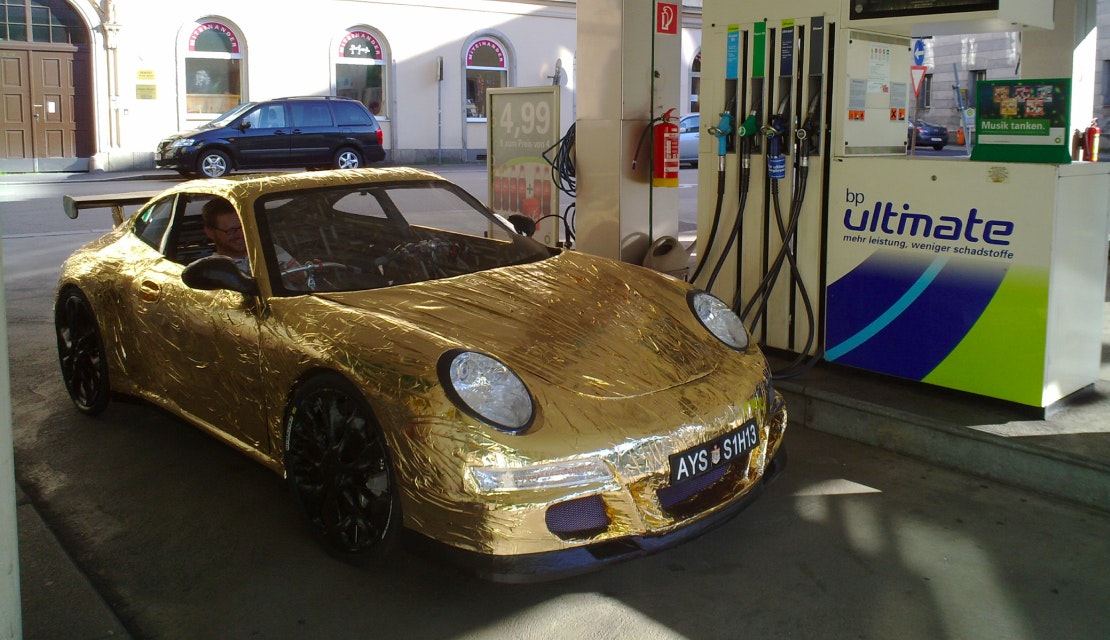 According to Langeder, Ferdinand is a mimicry object and a symbol of "subversive travel". He had built it because the elephant hadn't worked out so well, he mumbles a little embarrassed. His "Humpy Horsies", art objects "...based on bicycles with bubble wrap on top and a large amount of adhesive tape", had already caused quite a stir on the international art market, and Hannes should and wanted to create something bigger, an elephant for example, also as a disguised bicycle, so to speak, but then it wouldn't have worked out so great with, well... the statics, and somehow something had to be done that impressed, but didn't stand on four tumbled legs, no trunk and above all had a somewhat lower centre of gravity. That's where the Porsche was an obvious choice. 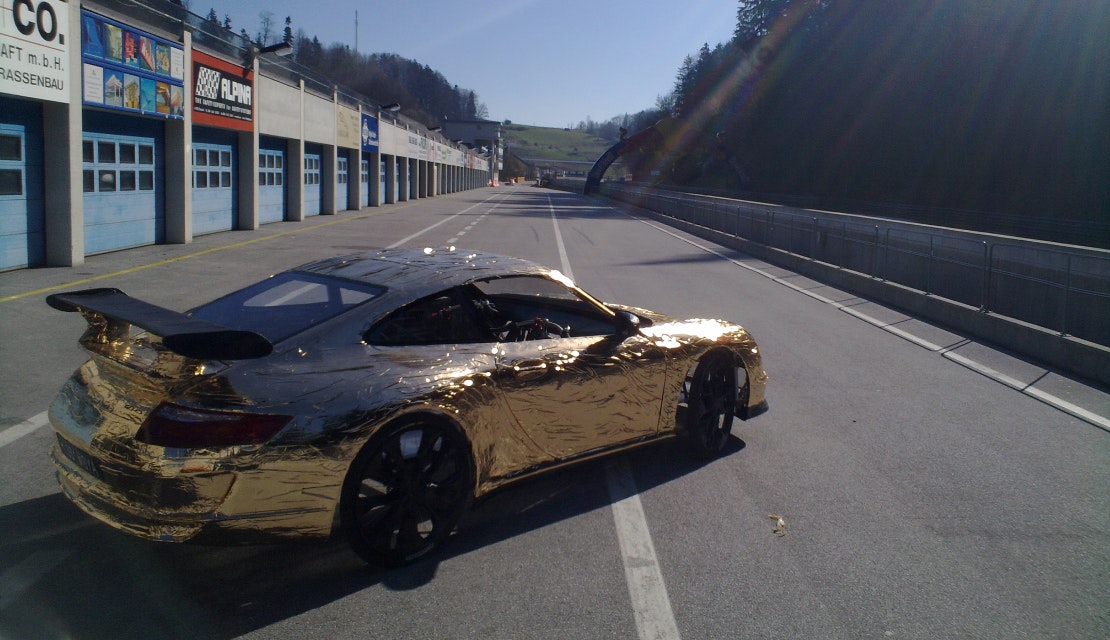