The license to play

A Porsche as a film star and model car: child's play? On the contrary, because the prerequisite for toy Porsche is close licensing partnerships with other companies. Sebastian Hornung, Head of Branded Entertainment, uses Playmobil as an example to explain how cooperation with other brands comes about.

When spy Rex Dasher calls it with his watch, it is there - reliably and quickly. We are talking about his partner, the Porsche Mission E. In the movie »PLAYMOBIL: The Movie« features both protagonists as a quick-witted duo of agent and agent speedster. All this was made possible by the successful partnership between two companies: Porsche and Playmobil. The cooperation is special because Porsche does not maintain such close ties with many companies. Instead, the sports car manufacturer carefully selects potential cooperation partners for licensed products, as Sebastian Hornung, Head of Branded Entertainment in the Brand Partnerships & Sponsoring (VMM) division, explains.

The cooperation with Playmobil began for Porsche in 2014; mutual trust and annual joint releases finally led to close cooperation and the appearance in the current feature film, which Sebastian Hornung sees as the culmination of the grown relationship. »In view of the close partnership that connects us with Playmobil, we didn't hesitate long when the idea for the film was on the table,« says Hornung. However, the first initiative came from director Lino DiSalvo, as he admits: » In a conversation, Lino had the idea of filling the role of the agent's car with our Mission E. After a short discussion, we were convinced that the concept study could be perfectly integrated into the role of the agent car.« 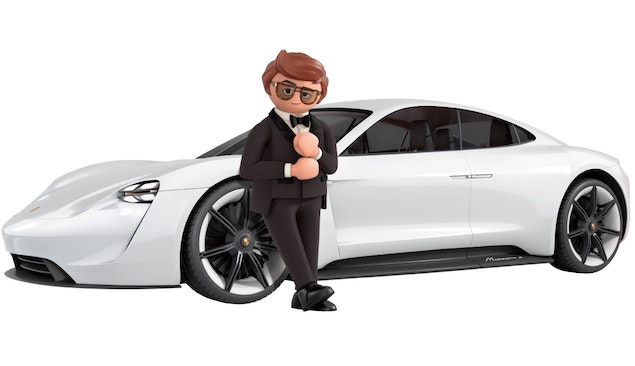 Porsche and Playmobil have a lot in common. »Both companies are tradition-conscious, family-run and develop sustainable high-quality products. Over the decades, their further development has always been carried out with caution - this is another special feature«, Hornung compares. In addition to shared values such as quality, creativity and responsibility, the two partners share an important goal: to enable emotional and interactive fun with high-quality products that make it possible to experience the fascination of sports cars and touch the dream of owning your own Porsche. They are the yardstick against which potential new prospective customers for a licence cooperation with Porsche must be measured.

The market positioning of potential partners for Sebastian Hornung's team is also decisive when deciding on a licensing partnership. In addition to the quality and playability of the product, the presence and reach of the brand are among the most important criteria. Further criteria are the appropriate embedding of the product in the game world and a connecting story behind it as well as common goals. As a result, communication-relevant Porsche topics - such as electric mobility, Formula E motorsport, new models and model series or the 70th anniversary of Porsche sports cars - reach the various game worlds. »Ultimately, the decisive factor is the combination of maximum impact in communication and the optimum fit of the toys with our products and themes,« explains Hornung. »It also plays a role in how the brand and the company are positioned. For example, is it known and active globally or regionally? We often work together with the market leaders in the respective segment, for example with Playmobil in the area of role-playing worlds«. 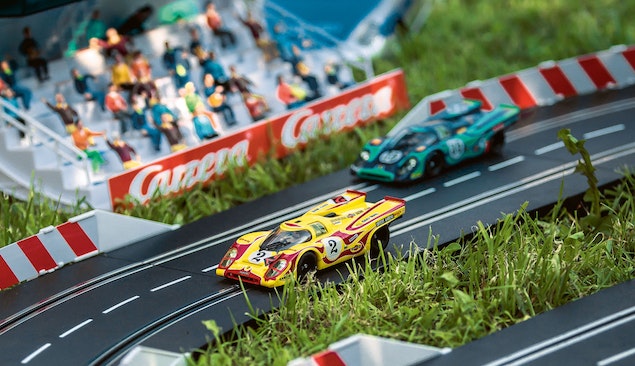 By cooperating with toy manufacturers, Porsche wants to create a positive relationship with the brand among the young target group. »It's about brand sympathy and enthusiasm - Porsche is not only desirable in the real world, but ideally also in the games world,« explains Hornung. »Children often want to recreate reality with toys in their children's rooms. With the various licensed products, we give every child access to Porsche's diverse and in some cases rare sports cars. A licensed product that is once in the hands of families and children ideally accompanies them for several years rather than just a few hours. Our goals are thus: long contact time, becoming part of childhood, helping to shape childhood and anchoring brand sympathy in the long term«. In this way, a desire for a sports car from Zuffenhausen that exists in adulthood can be shaped at an early age. »We want to accompany this dream of having your own Porsche sports car with various licensed products - from children's toys to computer and video games to high-quality collector's models - through the different stages of life.« This could turn the dream into reality later on.

The fact that shortly before the world premiere of the Taycan its concept study Porsche Mission E makes its big appearance in a feature film does not bother the marketing expert. »Another foretaste of the Taycan is in our interest.« In this way, the topics of electric mobility, fast charging and maximum performance of a target group of adolescents and families could be communicated in a playful way. With the extension that every child can electrically remotely control and experience Mission E in the kids room in advance.

In addition to Playmobil, Porsche has licensing partnerships with other toy manufacturers such as LEGO and Ravensburger, Mattel, Stadlbauer Carrera, Simba-Dickie-Group and many others. 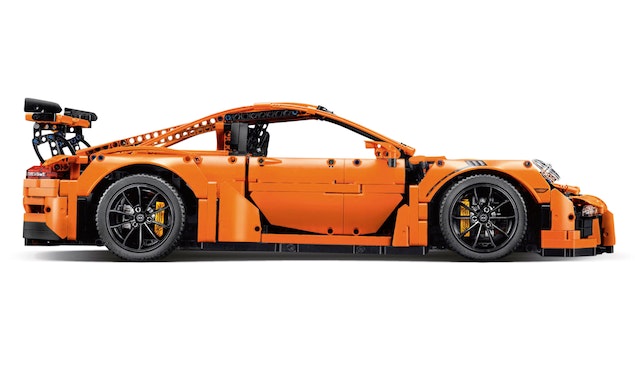