The Heist: Porsche does the »Swabian Job«

Sunday night the 54th Super Bowl kicks off in Miami. This year's competitors are the Kansas City Chiefs and the San Francisco 49ers. Porsche will be there as well. And with a half-time commercial in which the legends 911, 917 and 918 Spyder chase a brazen thief through southern Germany. His prey and at the same time the getaway car: the new Porsche Taycan.

That a car chase with a Porsche guarantees particularly good entertainment is something we have known at least since the recently launched third part of the »Bad Boys« film series. Now we also know how the action shown there can be enhanced: With a villain who also drives a Porsche. Just like in the commercial produced by the Swabian sports car manufacturer for the half-time break of the Superbowl scheduled for Sunday night, following the spirit of »Heist«-movies like »The Italian Job«. The star of the show: a Taycan that is stolen from the Porsche Museum but is immediately followed by the security guards in the other exhibits. And this right through the middle of Heidelberg, Heppenheim, the Black Forest but also Stuttgart-Zuffenhausen. The result of this chase? Is probably more open than ever, thanks to the equal machinery. But above all, it can already be seen on the brand's channels - and here. 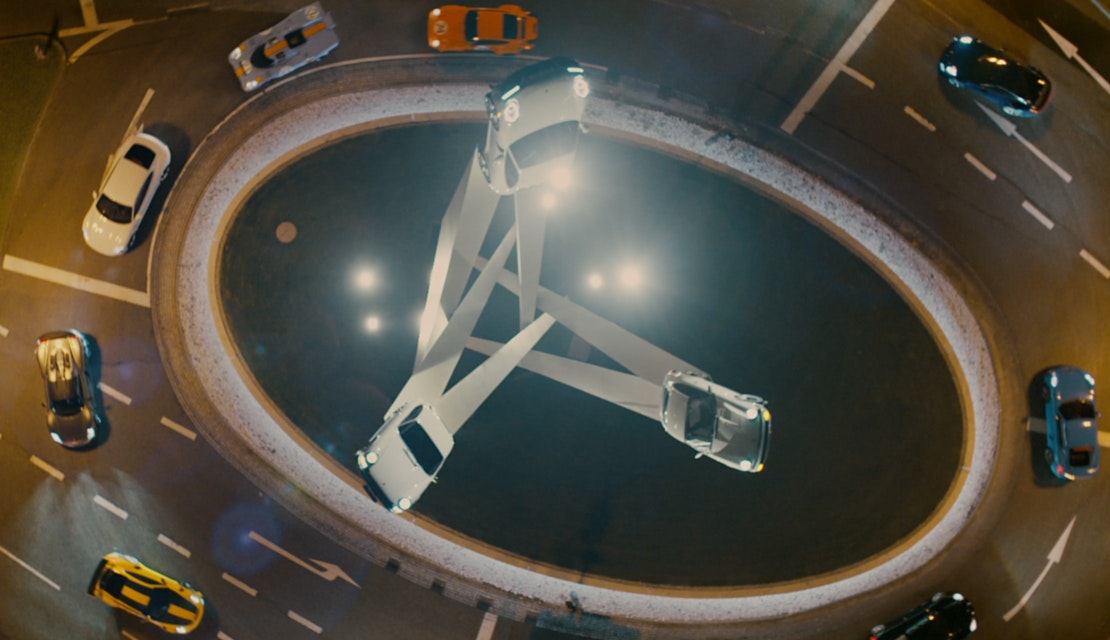