The three saints came from the Orient. We prefer the three fast ones from Zuffenhausen. In this case it may include a royal ambience. The Castle Solitude near Stuttgart is an excellent choice. After all, the rococo building is the name giver for the former Formula 1 race track through the Glemswald next door.

And as befits the occasion, each of the three will bring their own special gift to the car community: The 959 marked the beginning of the triumphal procession of the controlled four-wheel drive in the world of sports cars in 1986. In 2003, the Carrera GT made its debut as the first production vehicle in which the monocoque and aggregate carrier were made entirely of carbon-fibre reinforced plastic (CfK). And from 2010, the 918 Spyder was consistently developed as a performance hybrid with plug-in technology. 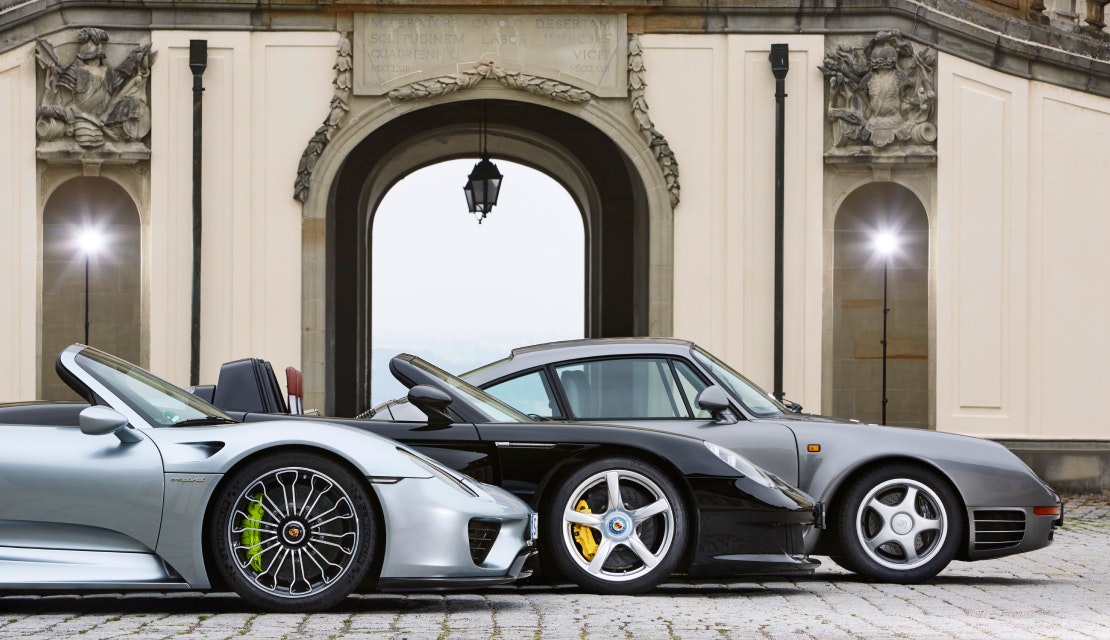