Actually a »not-really-home-office«: John Barr's »Writer's Studio« in the woods of Connecticut is not far from his home, but in the middle of nature. And thus offers not only a minimalist workplace but also enough freedom to reflect and formulate.

Some remarkable things have been handed down by Hermann Hesse. This one, for example: »A house without books is poor, even if beautiful carpets cover its floors and precious wallpaper and paintings the walls.« Can't be repeated often enough in digital-virtual times. It's a good thing that John Barr and his architect Eric J. Smith also listened to the German writer and poet Hermann Hesse when they designed their »Writer's Studio« together. Set in the middle of the forests of Connecticut, it consistently goes without anything unnecessary. Which in Hesse's logic means: Barr's 1,700 books find a place of honor here. Reductions were made for the rest of the interior. Natural stone, oak wood and glass were used as building materials. Quite pure. 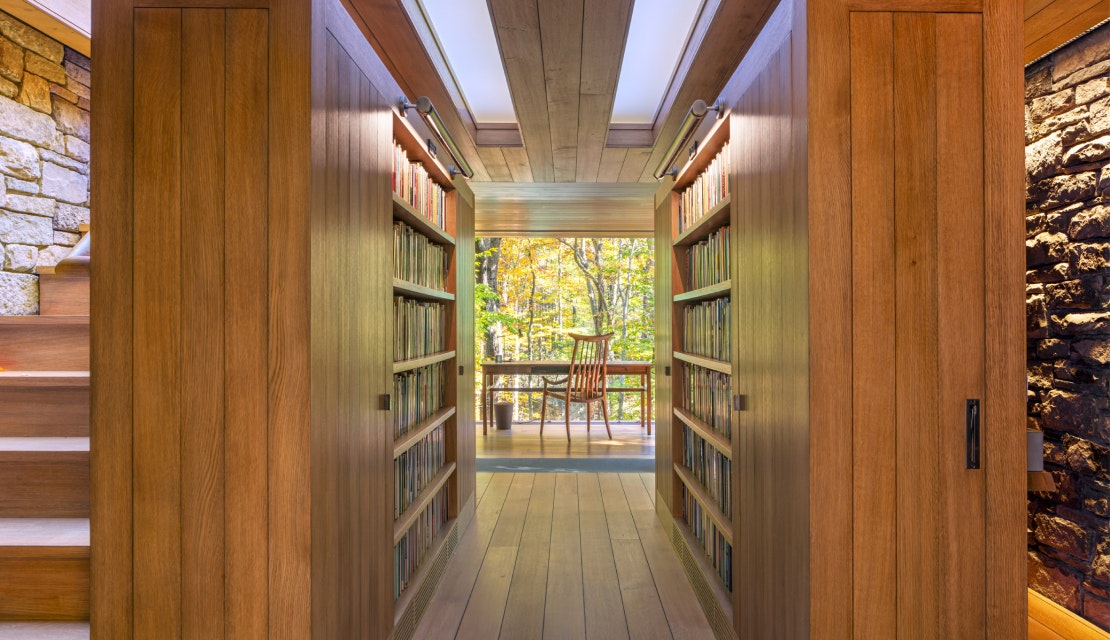 The building's modern technology has also been kept as low as possible without compromising on comfort. Sustainable geothermal energy therefore ensures a constant temperature of 20 degrees on the 60 square meters of living space, while the interior is indirectly and softly lit. Apart from the classic desk lamp, which rests on a wooden table. The supply lines to the building were also laid underground as part of the special approach. All with the unifying aim of enabling the former banker and president of the »Poetry Foundation« to work, think and write without disturbing influences. 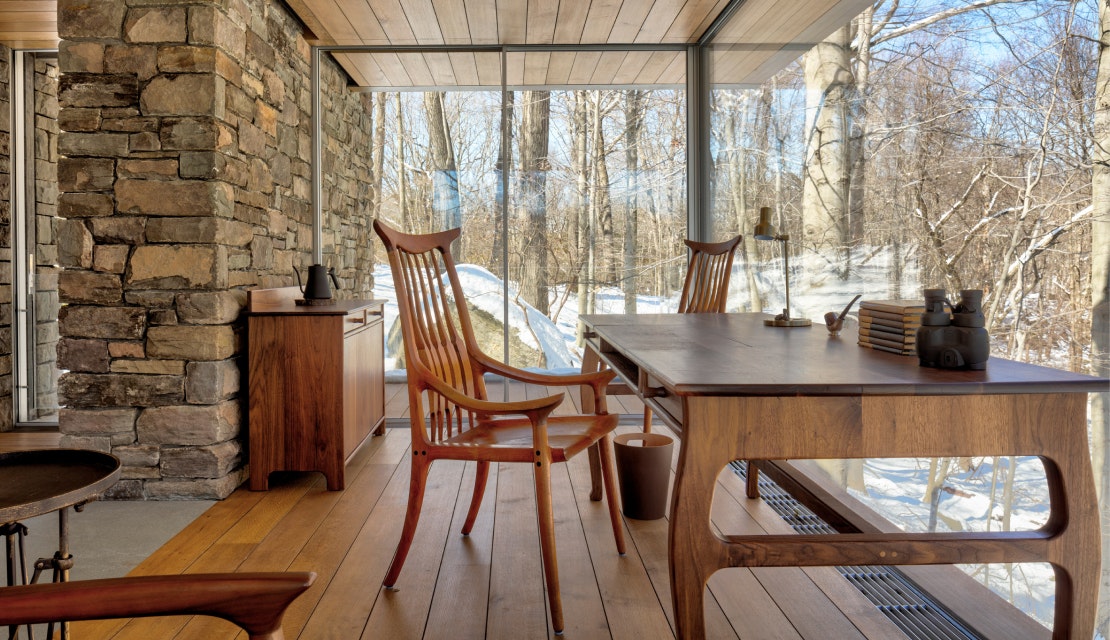 However, it is not only the furnishings that are minimalist in this retreat on a slope, but also the impact on the environment: Whenever avoidable, no trees were felled for the construction and disturbing stones were returned to their previous position after the construction phase. According to architect Smith, the surrounding woodland was regenerated in just three months. And that, in turn, is part of the overall concept of the small accommodation, which is located directly by a small stream: a clear and undisturbed working atmosphere, but in connection with nature. 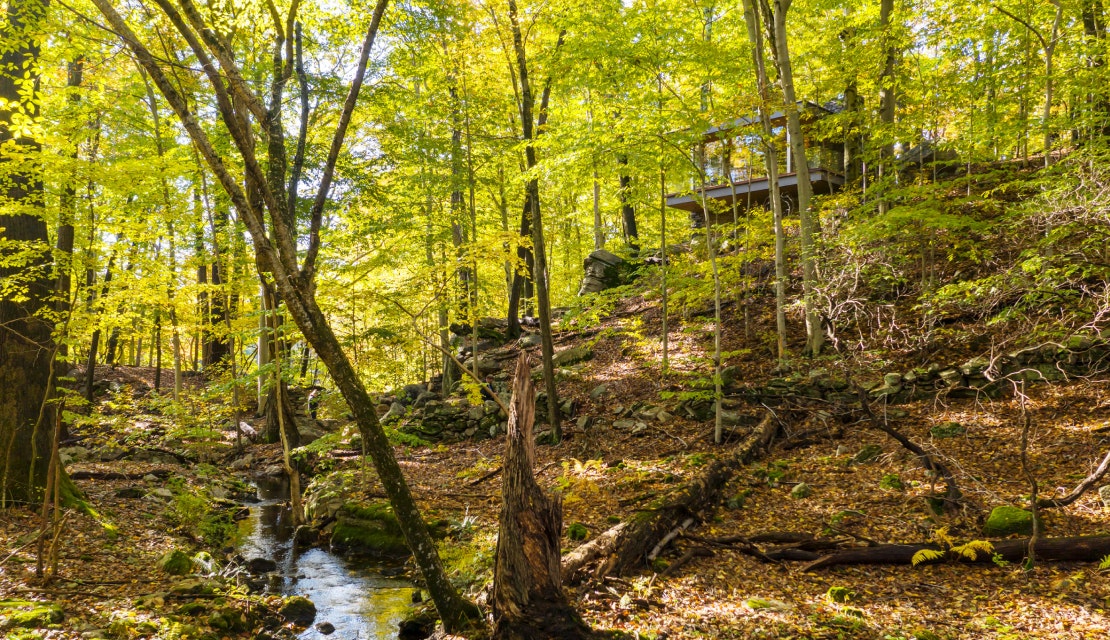 That just leaves one question: Is the »Writers Studio« actually still considered a classic home office, even though it is located several hundred meters from the actual residential building? Actually, it doesn't really matter, as long as you can work there in peace and quiet.