Last weekend the second edition of the »Auerberg Klassik« took place. In addition to numerous historic motorcycles, the Behnke Condor Porsche, which had already competed at the Auerberg in 1976 with start number 224 and Peter Haenger as a driver, was also on the grid. Now the Porsche wanted to know again.

A woman combines her elaborate Bettie Page hairstyle with a dotted summer dress. The man on her side bets on a flat cap and a tweed jacket and looks with this arrangement as if he had arrived directly from West Sussex. For a moment, the fifties illusion is perfect. Then the couple disappears into the crowd and jeans and softshell jackets dominate the audience again. 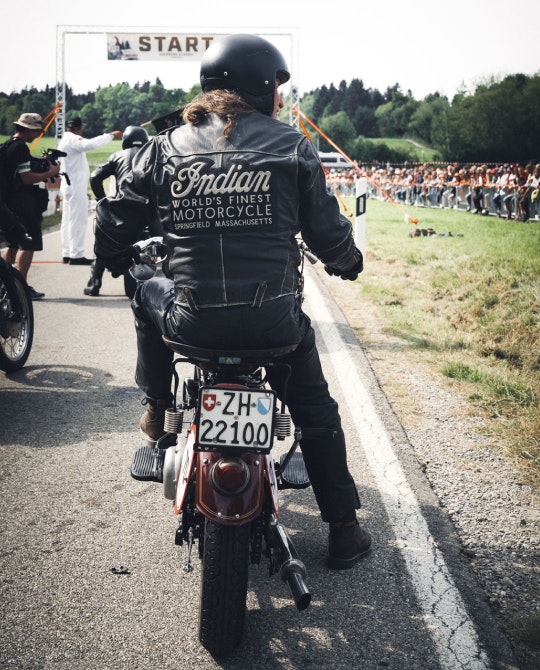 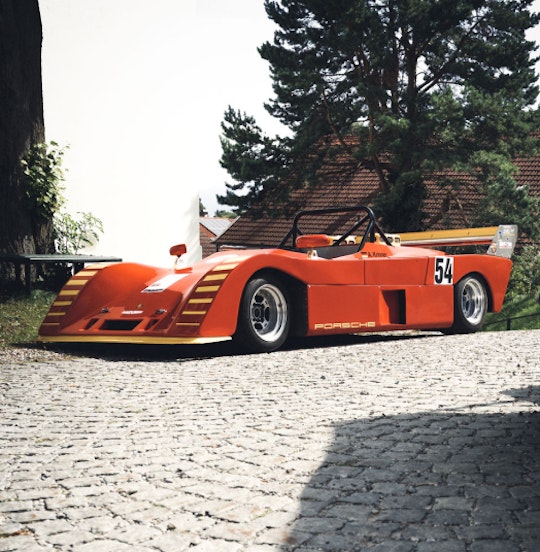 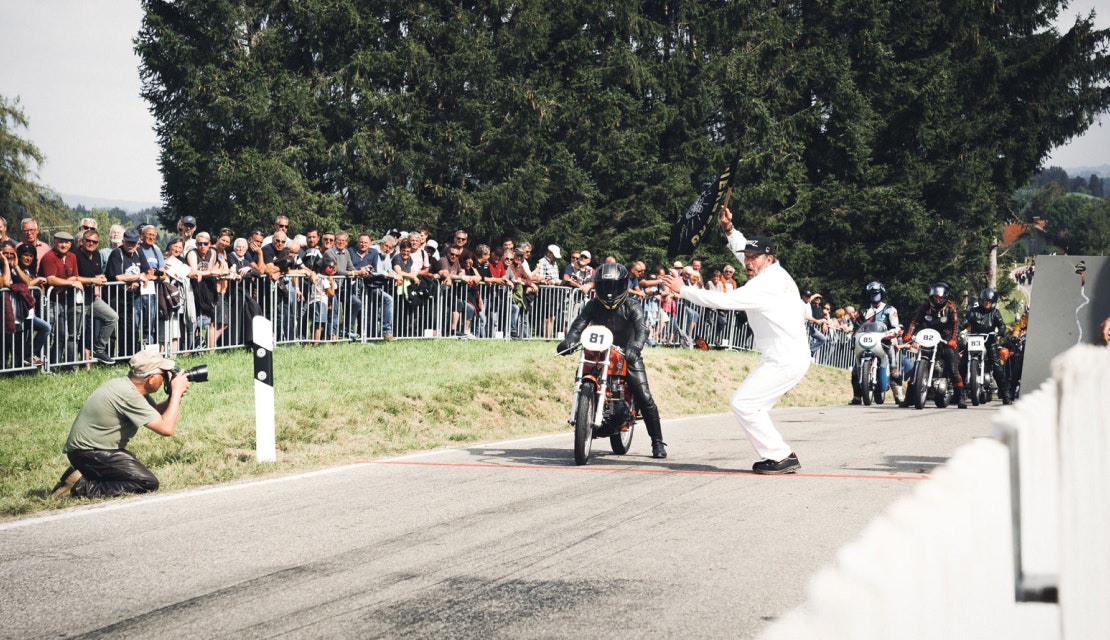 We are in the Allgäu, more precisely on the Auerberg, which is also called »Schwäbischer Rigi« by the locals. On sunny days the visitors are drawn here because of the good view of the Alps. Today the focus is on motor sports. We remember: From 1967 to 1987 the Auerbergrennen took place on the initiative of the motor sport clubs Kaufbeuren, Marktoberdorf and Schongau. A struggle for the best lap. Three kilometers full of adrenaline rushes. Hermann Köpf and his team did not want to withhold that from the present. The new edition two years ago was a great success, so the second edition was only logical. 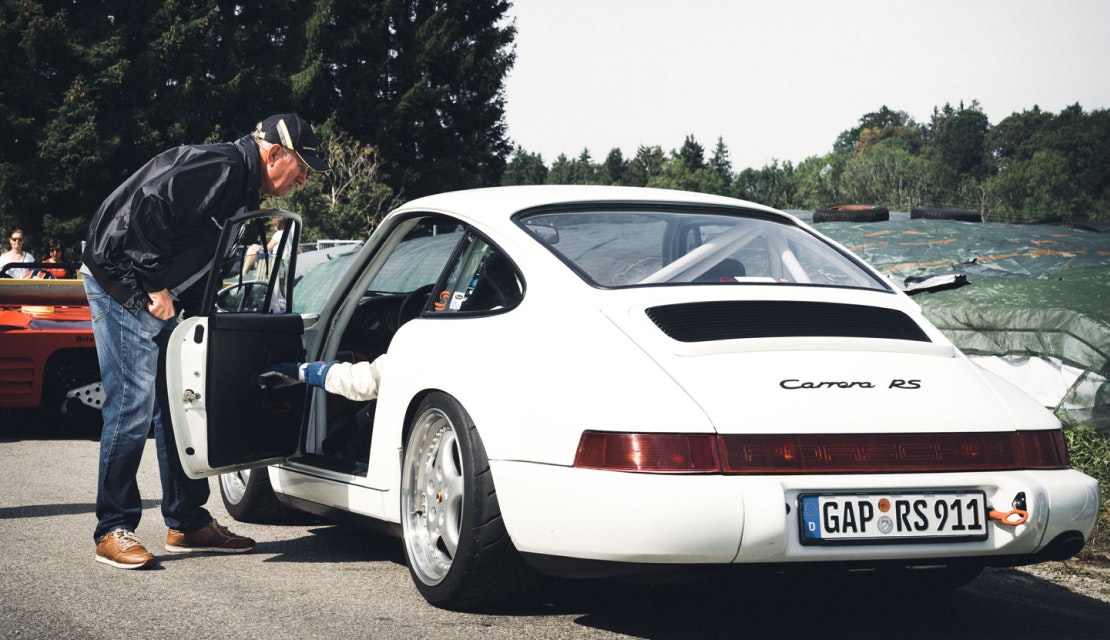 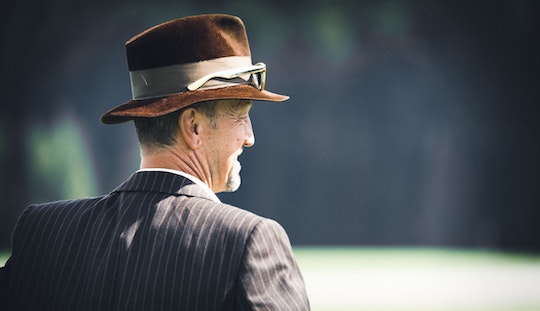 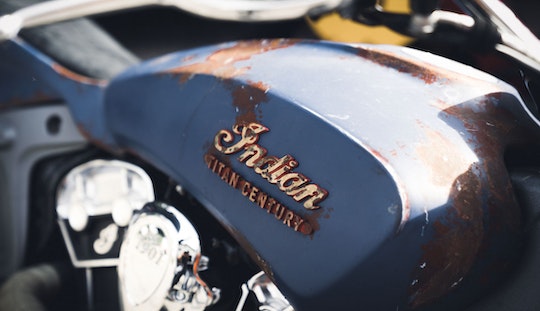 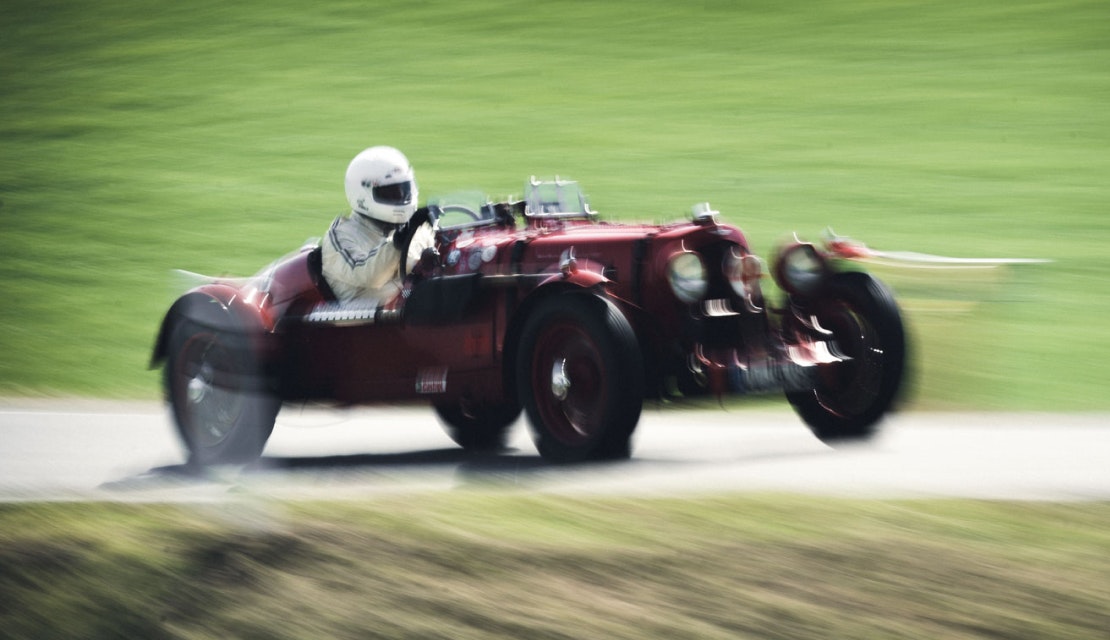 Now the time has come. In addition to a large number of historical four-stroke machines, this time the participants will also include a Porsche 356 B. Another highlight: the Behnke Condor Porsche, which already competed at the Auerberg in 1976. At that time Peter Haenger started with the number 224. Today the man behind the wheel is Tobias Aichele. Curious pairs of eyes fix the single-seater and driver from the side. You don't see such a car every day. Aichele, on the other hand, now has only the towel-sized start flag in view. A man in a historic racing suit holds it up to the sky, seconds later it falls and the Porsche starts roaring. Suddenly everything is as it used to be - even without Bettie Page hairstyle and tweed jacket. 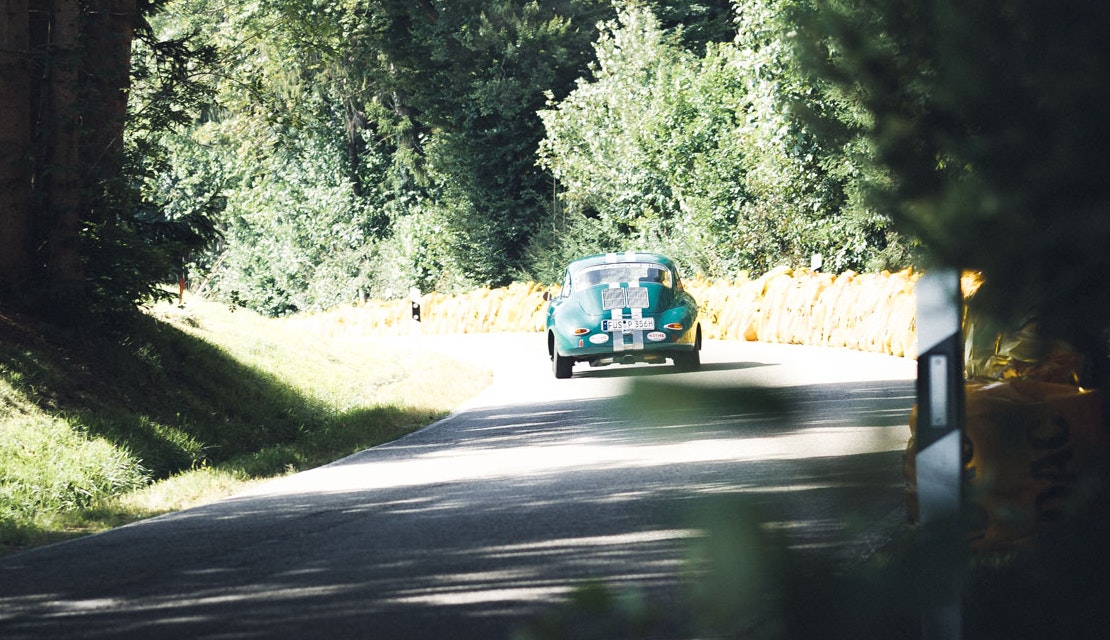