Time travel is impossible? No. Inside the Porsche 911 Speedster equipped with Heritage Package one definetly can feel echoes of the past. We go back to 1948 and realize: On the epic quest in search of the perfect sportscar, there is only one proper answer ...

The Answer to the Ultimate Question of Life, the Universe and the perfect sports car? Can only be 48. No, we didn't misread Douglas Adams' Hitchhiker's Guide to the Galaxy. Instead we took a look into the youngest and most radical offspring of the 911 family, the new Speedster. And he's only letting one answer count. 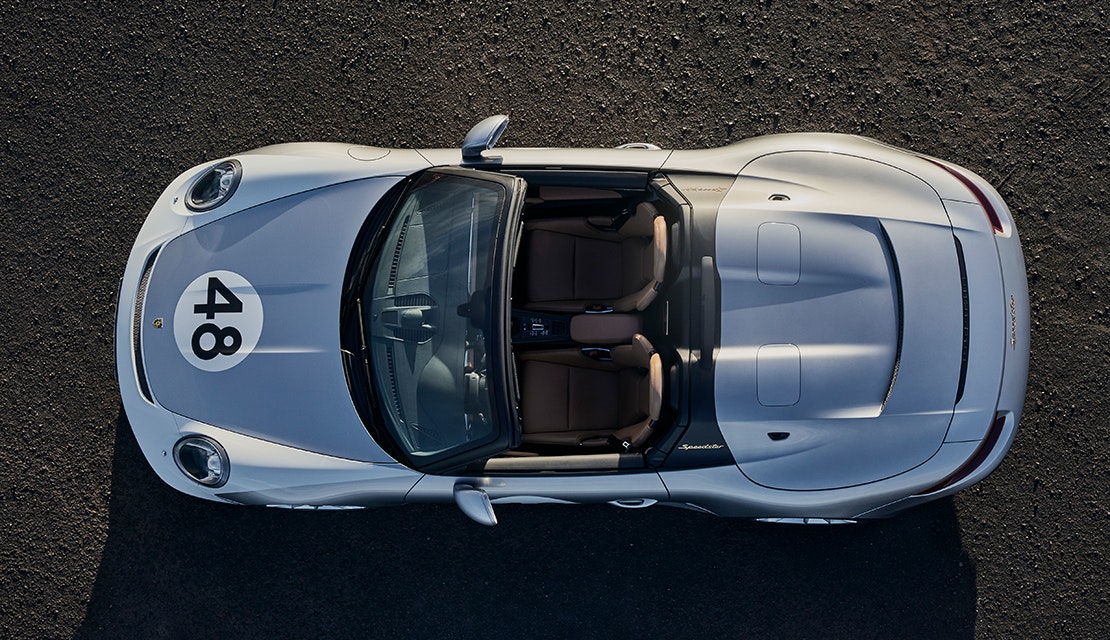 The 48 stands for the common denominator of modern technology that the Speedster carries within it and the spirit it has taken over from the past. With a 4-litre boxer from the GT3, the six-speed manual gearbox from the 911 R and the special Heritage paintwork, it is not a white mouse in any case. But rather the ultra-fast “Heart of Gold” among the 911, just as the Speedster-Badge tells us. A real spaceschip, that's what it is. And limited to just 1,948 units. 1948? Wasn’t there something then? Yes, the first Porsche, the 356 with the number 1. 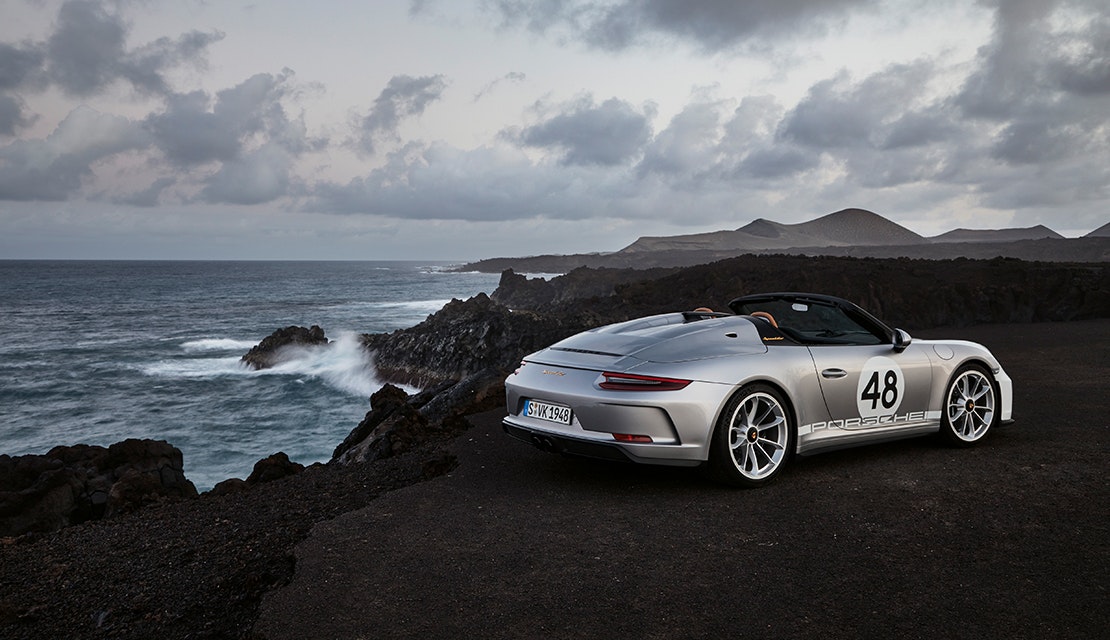 It was open too, a roadster. Short time later followed the first Speedster, in whose slipstream the new descendant with the Heritage package drives. Two-tone leather upholstery, golden details, historical Porsche emblem, round starting numbers and the matching watch bend space-time and allow a glimpse into the past without leaving the present. Even if we could travel through time and change the course of history: All in all, the final result would remain Speedster, as it always has been. Ergo: 48. 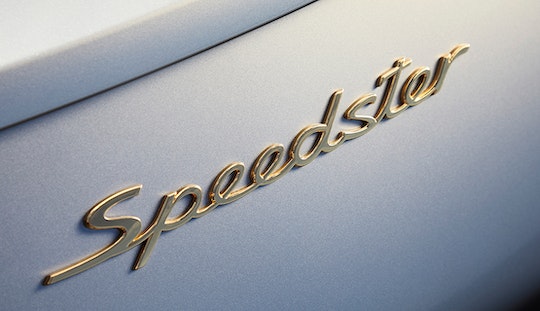 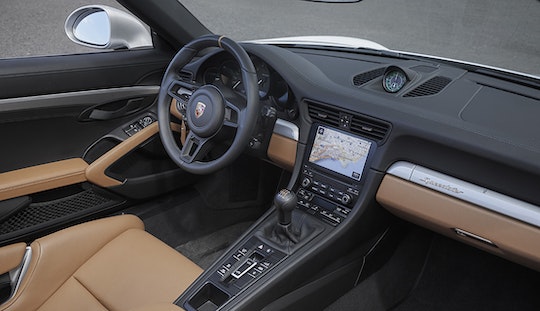 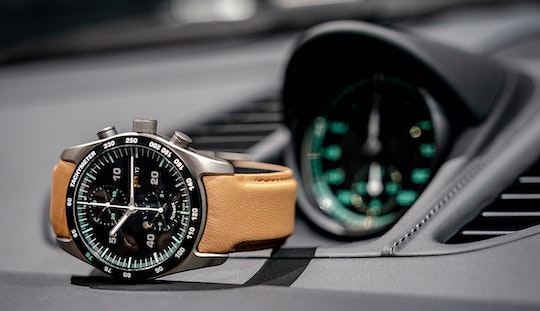 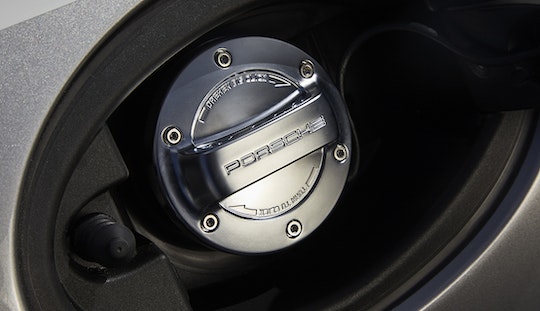