The Analogue Hunt for the Unmatched Artistic Expression

Was everything really better before? Although analog cameras with which Johannes Huwe fixes people and their vehicles on film already existed in the past, his impressive photo volumes, in which the charm of analog photography meets the unique feeling of speed, did not. So you can see it one way or the other.

Do digital experts only also use the latest technology outside of work? Not Johannes Huwe. The computer scientist and head of a digital agency also works as a photographer. And he produces his pictures by hand through the viewfinder of up to 60 year old Leicas or Hasselblads. On film, the 51-year-old captures such unfiltered moods and real emotions, which he then bundles in analogue books.

Like in his first 48-page work »The Race of Gentlemen«. The focus of his 44 photographs: the pilots and machines of the race of the same name on the beach of Wildwood, New Jersey. Only cars produced until 1935 and supported by motorcycles built until 1947 compete here. It goes without saying that the cars are not allowed to use parts manufactured after 1953. And the gears on the bikes have to be switched old school on the tank. All that on the loose sand of the American east coast. 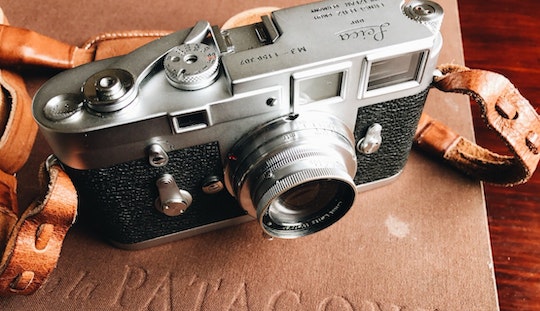 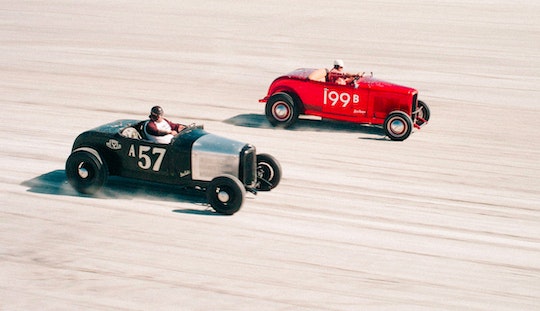 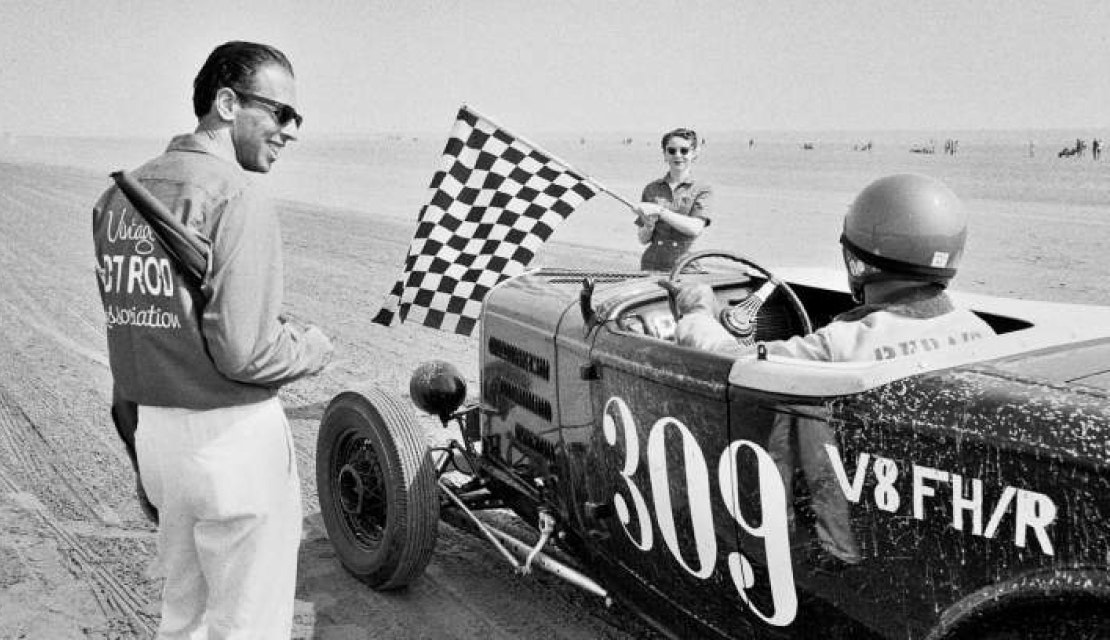 The protagonists of his second book, which goes by the name »World of Speed«, are certainly not subject to such narrow rules. Also on 48 pages Huwe dedicates himself to the automobile record hunters in the El Mirage Salt Lake Desert in California. Every year dozens of brave men in home-made racing machines rush through the dusty salt flats, which feel like being in the middle of nowhere. Possessed by stopwatches and records, driven by numerous cylinders and correspondingly large displacement.

In times of three-digit megapixels and huge memory cards, why does he photograph these fast people still very slowly and limited - analogue? Huwe explains it this way: »Without a doubt, it is an escape from the digital world. The decisive criterion, however, is that for me analog film still has an unattainable artistic expression in the photograph. It awakens feelings that digital shots don't reach. Due to the limitation of 36 shots and the lack of control of a screen, I have completely distraction-free access to the object. This creates closeness and a very special relationship«. 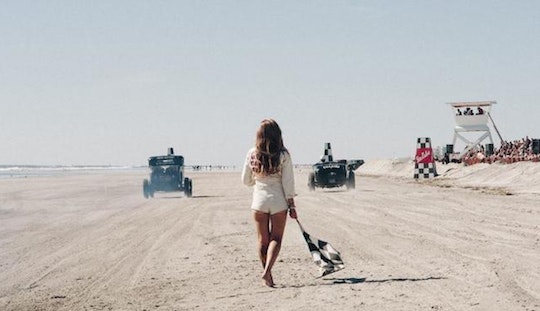 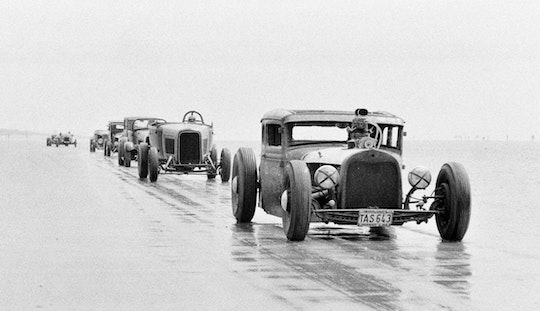 And Huwe also cultivates this with his air-cooled Porsches: With them he also drives over the Alps or through the Mojave Desert in the USA. His 356, a rare »Before A« model from 1954, and the mini-blue 911 from 1975, are not only means of transportation for him, but also lifestyle and photo motif. Appropriately, he can use them at least spatially to quickly create closeness to the motif - get in and drive there without further ado. Quite simple. Quite analogoue.

Link to the photo books:

»The Race of Gentlemen« & »World of Speed« 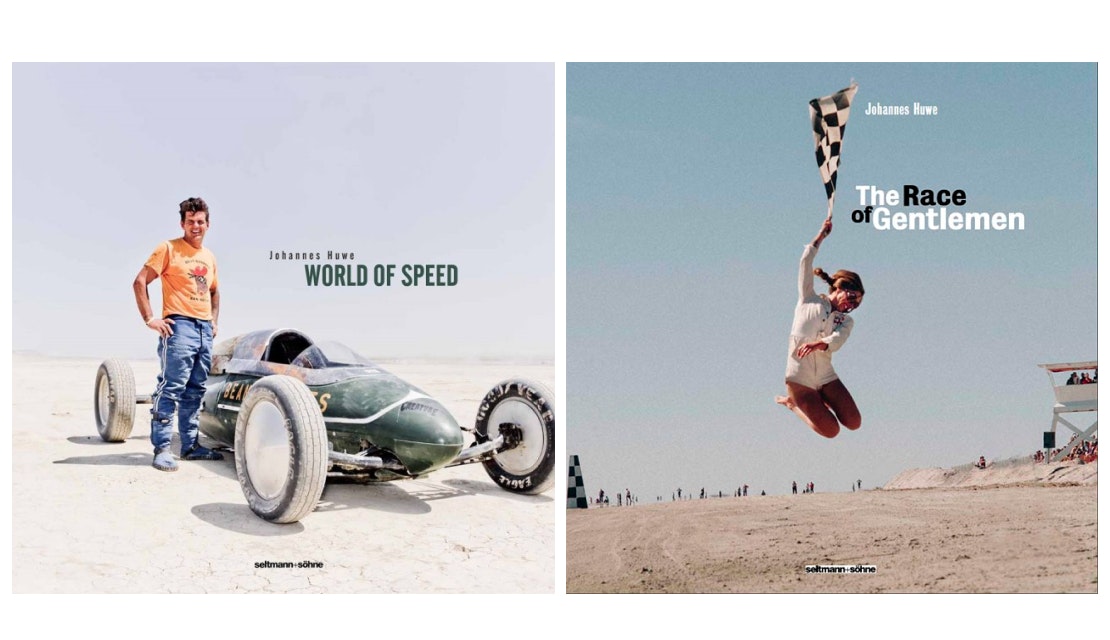 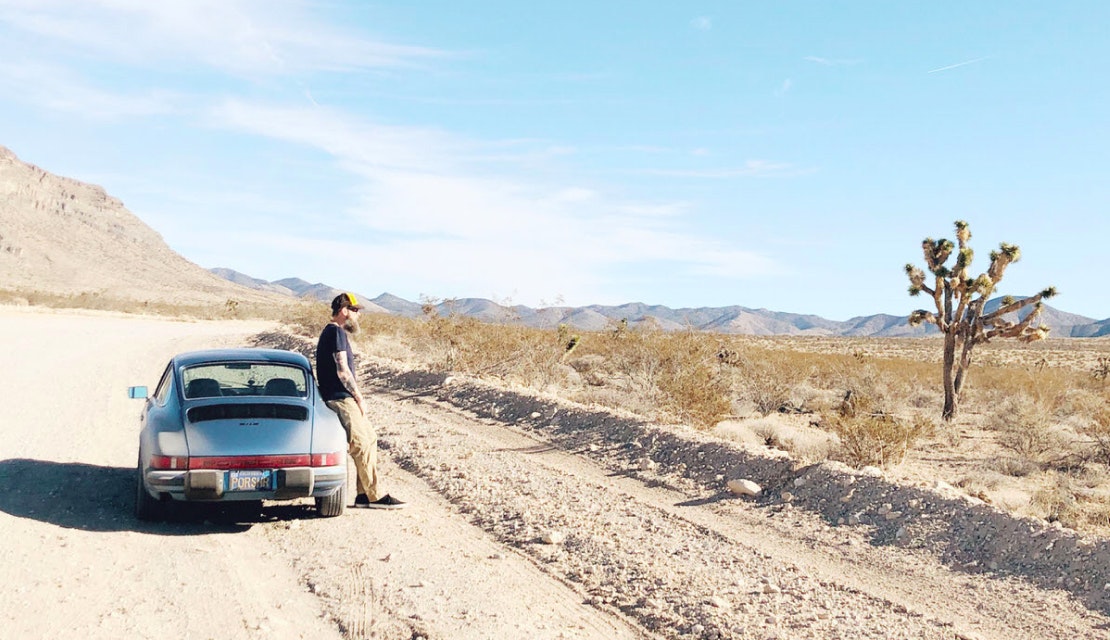