The 911 as an escape vehicle

As a child, Jonas Müller, who is only called Jones by everyone, wanted to become a Formula 1 pilot. Nothing came out of it. In retrospect one has to say: luckily. Today Jones drives a G-Model next to his Café Racer, which he had made according to his ideas and which enriches the classic car scene with a unique car with a strong character. We wanted to learn more about it.

When did you first come into contact with the Porsche brand?

As a young boy I drove RC model cars regularly. Many Porsche models took part in these races - and often won. That's how the first contact came about.

And that's when the dream of owning your own Porsche sprouted up?

Not quite. Back then it was my big dream to become a Formula 1 driver. It stayed a dream. Soon I’ve set myself a new goal: to drive a 911 no later than at the age of thirty . I still remember the moment very well when I heard the sound of the 911 series for the first time. The sound is simply unmistakable. 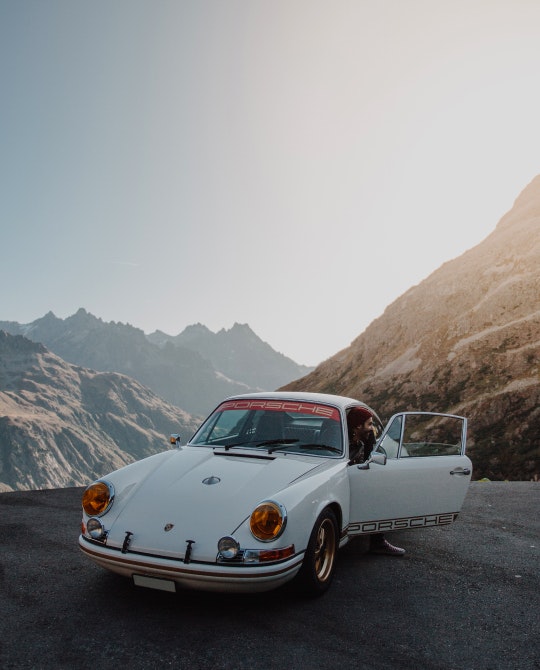 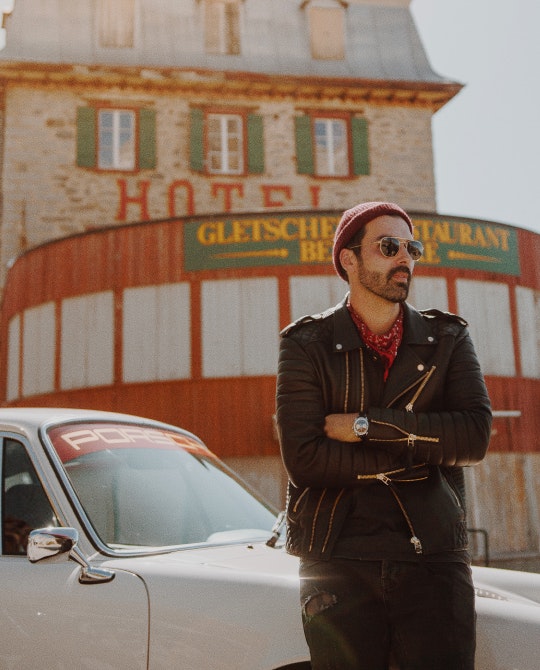 ... and makes a Porsche unique.

From my point of view today, there are various points that make a Porsche a Porsche. On the one hand the design. Hardly any other manufacturer has managed to put such a timeless and unmistakable design on the road. In its original form, the Porsche in 2019 is still the same as it was in 1970. Secondly, reliability plays a major role: I've had several vintage cars and every time I looked forward to a road trip, something didn't work. With my 911 I know: Turn the keys and go.

How long have you been driving a Porsche?

I've been driving a Porsche for 7 years. My first Porsche was a water-cooled 997 that broke down after 2,000 kilometers with an engine failure. After the damage, a friend told me that a »real 911« had to be air-cooled. That’s how I got to the 964, and the Porsche fever really had me. 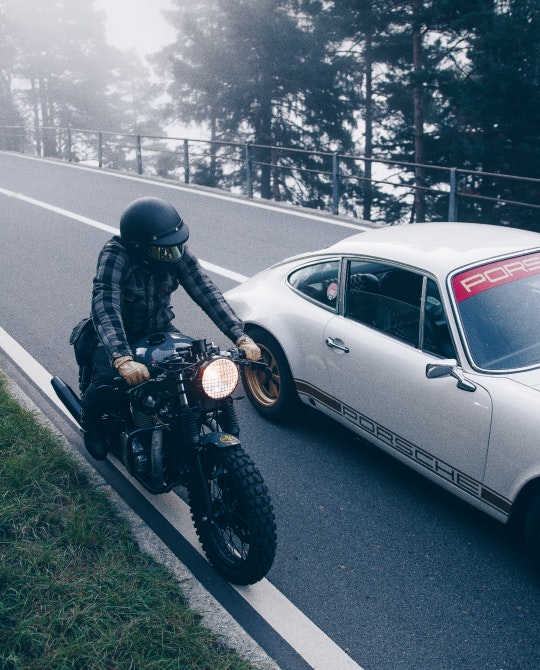 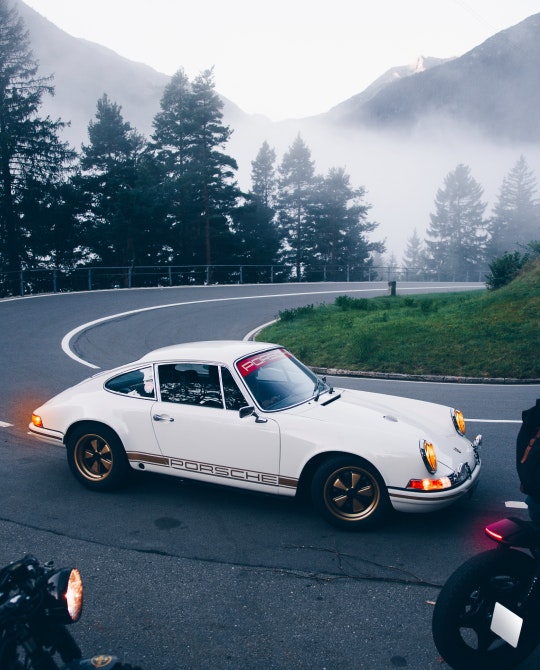 The perfect car for you?

I always liked the shape of the original 911 best, but I found the technology and the engine performance too weak. So I started to look for where and who can do a backdating based on a G-model. I finally found what I was looking for in Instagram. The nice thing about such a project is that you can determine everything yourself, just like with a new car: Color, materials, various small changes. It was very important to me to bring in my creativity and my own ideas. The construction time of my current Porsche was about 6 months.

The 911 is an escape vehicle to escape the daily routine. It brings a smile to my face every time I drive it. It's the feeling of adventure, of endless roads. The smell of burnt tire rubber mixed with gasoline. For many years, the Porsche brand has managed to convey precisely these feelings, unfiltered. This is one of the reasons why we love this brand. 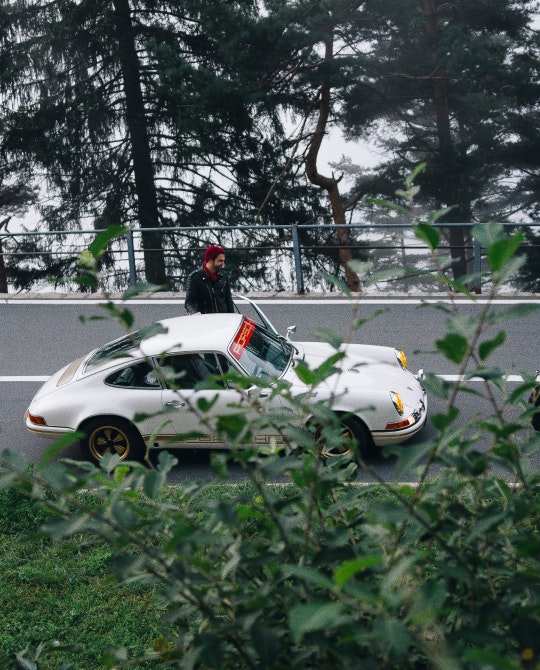 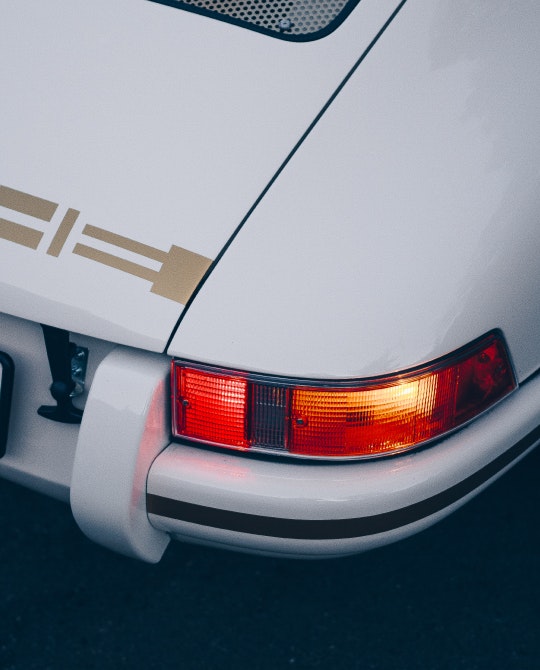 What distinguishes the Porsche Community?

I got to know the community in which I operate exclusively via Instagram. What I like about it is talking shop with like-minded people. I used to think the Porsche scene was more of a bourgeois scene; the majority consisted of suit wearers who only used original parts on their cars. The Porsche stamp in the checkbook was important. The outlaw influence from America has rejuvenated the community and made it more dynamic. Instead of original condition, what counts here is: The crazier the conversion, the better. I'm very happy about this development. I think what unites us all is the attitude to life that the brand conveys.

You have petrol in your blood and drive a Café Racer in addition to your Porsche. What do you prefer?

To clear my head after a long day in the office, a ride on my Café Racer helps me. For short distances on a warm summer day, I love the bike. Also for the short distance to my favorite coffee. But for the mountains and the weekend ride I prefer my Outlaw 911. I try to use the car as often as possible. Just opening the door with the well-known »Porscheclick« makes me happy. 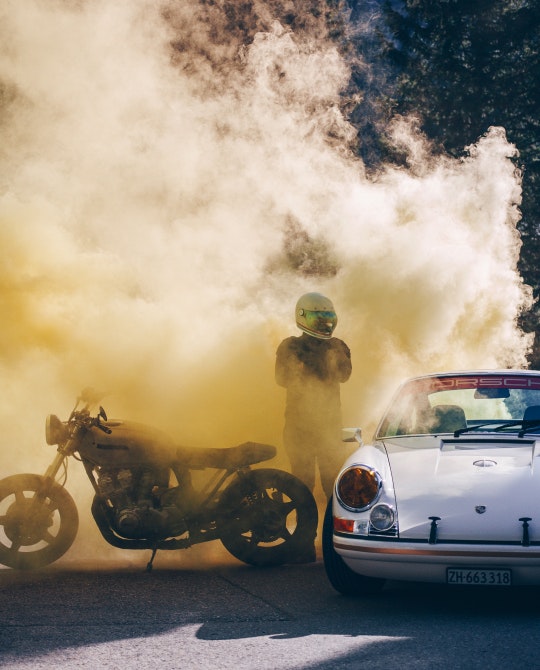 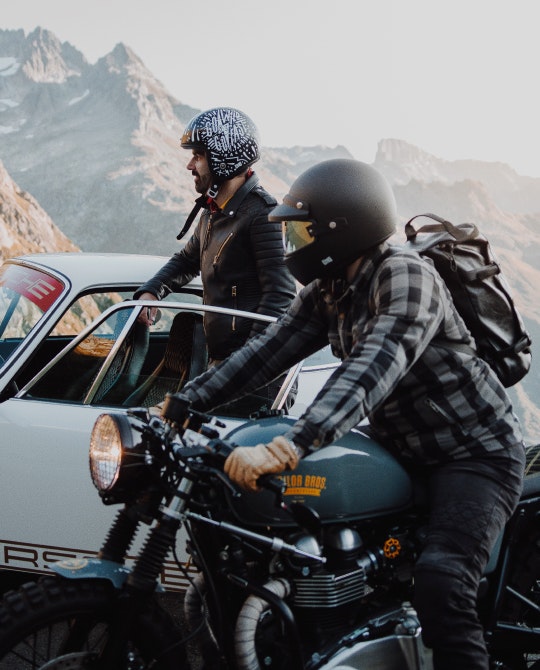 Are there similarities between the Porsche and Café Racer scene?

Yes, the scene is very similar in many respects. Basically it's not about status symbols. Nobody is interested in who owns the faster, more beautiful or even more expensive model. It's more about expressing one's own creativity and style through the conversion. Then there's the helpfulness. We support each other with tips and information about parts and workshops. Sometimes I feel like I'm in a children's group, only our toys are one size bigger. 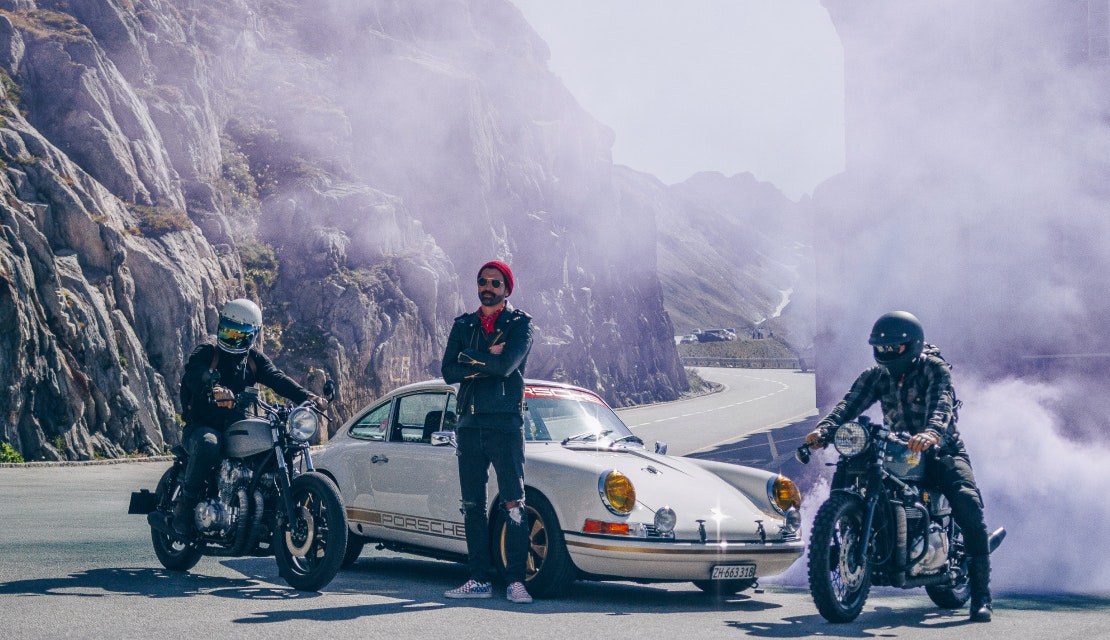