Not a very steep thesis: The »Stairway House« with its stylized staircase in its center is a design masterpiece. The extraordinary and minimalistically designed building of steel, concrete and glass also boasts appealing inner values and a well thought-out living concept.

We don't know which style of music they prefer in Nendo's Japanese-Italian architecture studio. But the designers at least can't be completely averse to the progressive rockers of »Led Zeppelin«: because their »Stairway House« in Tokyo does it like the most famous song of the British and builds a huge stairway that points to the sky. The concrete and steel structure not only visually connects three openly designed floors, but also symbolically connects the corresponding family generations of the five residents. While the grandparents live downstairs, the upper two floors belong to the younger generation with their child. 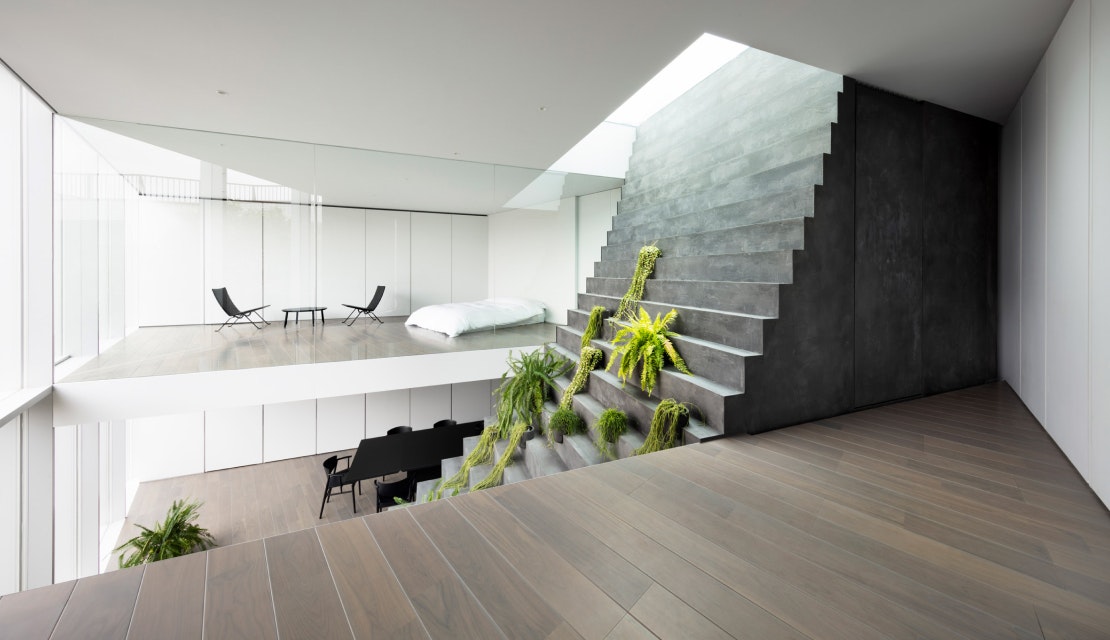 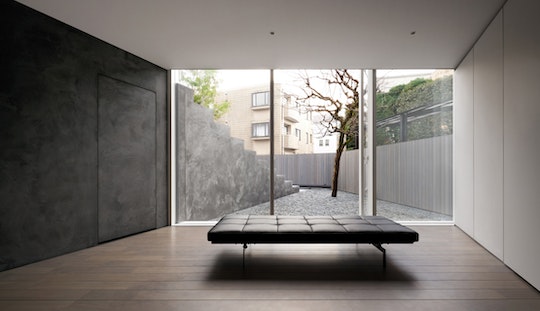 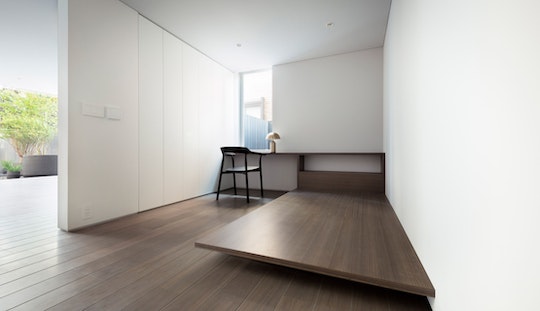 »Not only does the stairway connect the interior to the yard, or bond one household to another, this structure aims to expand further out to join the environs and the city«, the multi-award-winning creators explain their idea. In addition to the admittedly ambitious claim, the structure, which runs through a glass façade, also has benefits in everyday life: instead of serving as a real staircase, it serves as an entrance to the house, seating and an inwardly extended garden. Inside, the architectural statement actually houses a real staircase - and a bathroom. 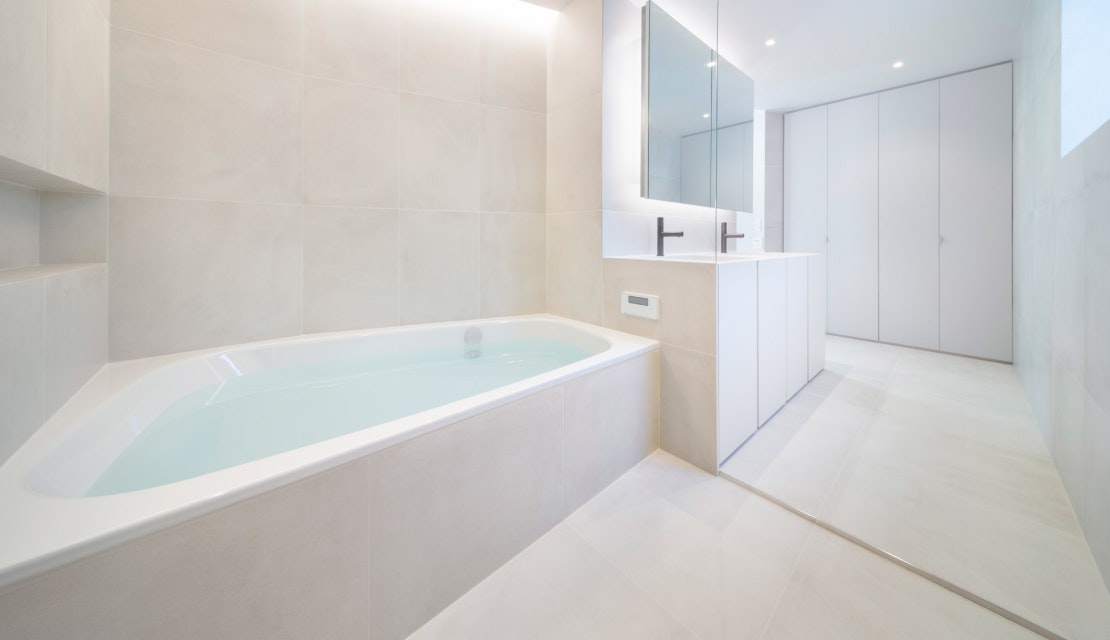 Like the rest of the furnishings, this, in turn, has a rather restrained design. Nendo uses a classic contrast of black and white. The same is true of the shared kitchen and dining table on the middle floor: Marked by black furniture and the white architecture, a reduced but elegant flair is created in the almost square building. It also relies on a consistent contrast programme for the façade: While the south side with its huge staircase structure and garden is glazed throughout, the other three sides of the facade are almost completely windowless and kept in plain white. 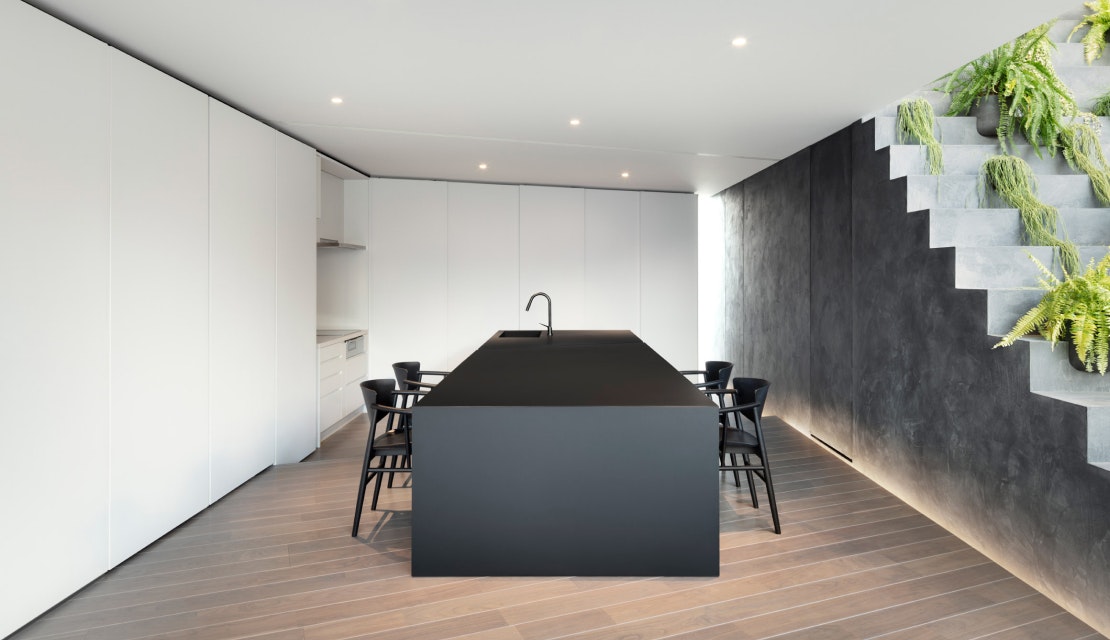 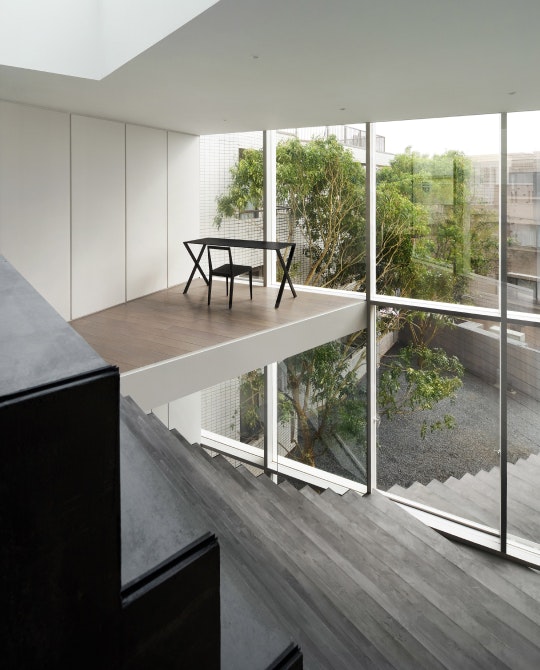 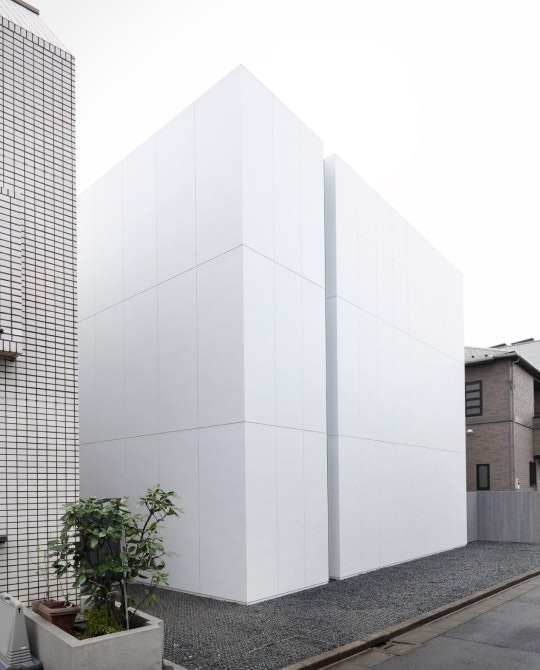 On the roof alone, there is another opening that also marks the end of the huge staircase. At least in reality, because in the architects' sketches the structure imaginatively grows further out of the building. From a purely visual point of view, this is more techno than rock'n'roll - but what does that matter to a »Stairway to Designer-Heaven«? 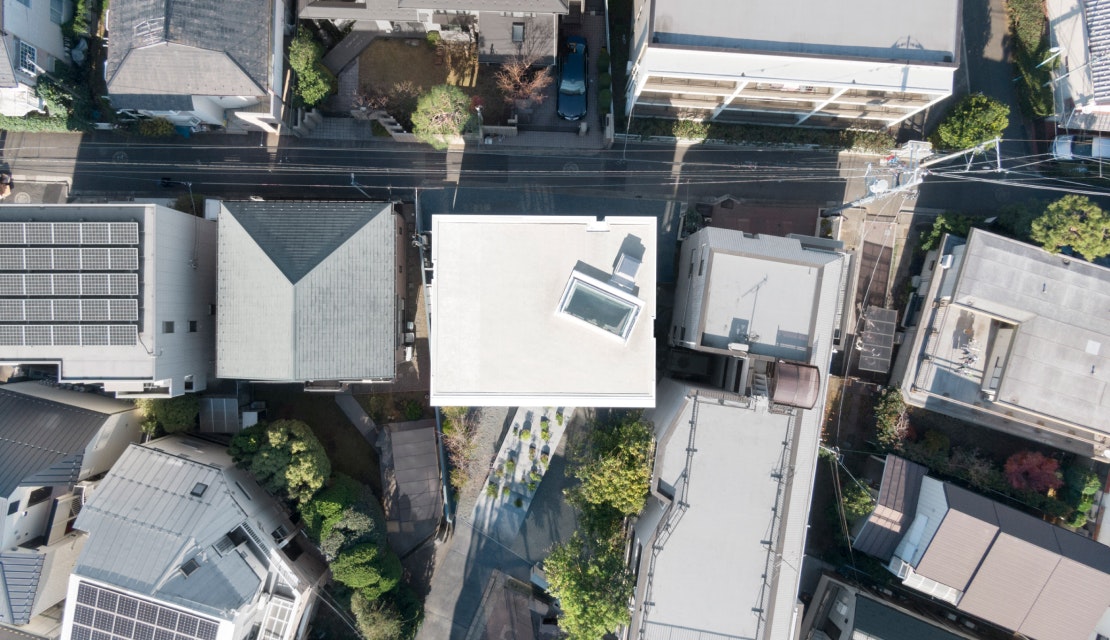