SyberiaRS: »I still love playing in the dirt.«

Porsche and Siberia? There was something. In any case, Kai Burkhard would have liked to have been present at the Transsyberia. But what wasn't there can be made up for at least a little bit with an adequate conversion of a 911. He named his extremely all-terrain G-model "SyberiaRS" accordingly. In the interview he tells us how it came about.

Hello Kai, did you like playing in the dirt as a child?

Why as a child? I still love playing in the dirt. And yes, my son Nando is usually there too. No matter if we walk the dogs in the forest or drive the car on the way there...we can't miss a pothole!

So the idea for your latest project, the "SyberiaRS", wasn't far fetched?

That's a long story! In autumn 2018 I wanted to expand my fleet with a real Army Humvee. Just something honest for said waterholes. Just like the DMAX Steel Buddies monster. Test drive, "configuration", conversation with Michael Manousakis - it all happened very quickly. Then a short flashback: Truck registration? Garage? Son at a Waldorf school? Woodland paint job? And only a top speed of 80 kilometers per hour? Okay, there must be another way, I thought. And so the SyberiaRS was born.

How long were you working on the G-model?

In our search for a suitable base, we came across an 86 G-model from Japan - in 1A condition, a dream. Once we had it, we started right away. I knew exactly what I wanted and found two perfect team players for my project in my friends Daniel Lemm and Jürgen Bach from BALE Motorsport. We also tried a lot and sometimes made a wrong decision on the way. But the roll-out was after 14 months of construction time. 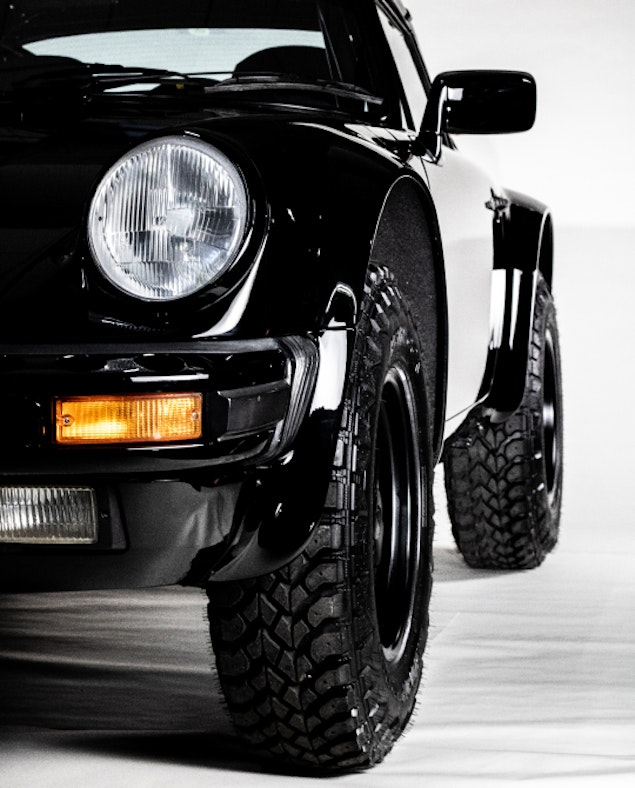 The finished car looks as if you wanted to start an expedition to Siberia. When will you start?

My personal Siberia starts right in front of the front door! The Syberia RS is incredible fun everywhere. Theoretically I could wrap the winch around a parking ticket machine or change the driving direction over the grass... anything goes! (laughs). Of course I don't do that. But the SyberiaRS gives people so much pleasure. It immediately brings a smile to your face and to the people who see it. Simply wonderful! Especially my son when I drive him to school in the morning. At least as exciting as a "small" rally to Siberia!

So why exactly does the converted 911 bear the name of the region in Russia?

I'm a fan of the VELTINS beer brand both privately and professionally - and it was one of the top sponsors of the Porsche Transsyberia with the Cayenne. A great event - with incredibly great cars. Doc Brandenburg also went on a safari for a few stages back then. But for me it was just too early in my career to start such an adventure. Twelve years later, it could start any time now. And on the roof there'd easily be room for a case of non-alcoholic beer!

Why did you use a 911 for your project and not another vehicle?

Are there any other vehicles besides 911s? Honestly - I never thought about converting another car. Porsche and mud holes have a great tradition - see 911 SC Safari, 953 and 959. From my point of view it was just time for a little facelift. 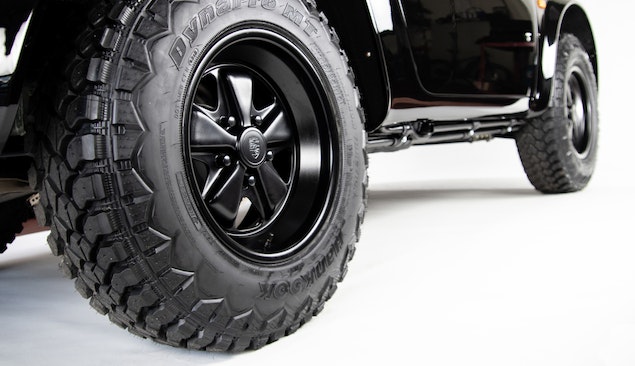 Then the 911 has a special meaning for you? Is it even something like an way of life?

Why are montrous tyres on 16-inch-rims in Fuchs-style and and the off-road conversion not a sacrilege?

What could be cooler than tinkering with a legend? Because no matter what you do, it leads to reactions and that's fun. Converting a VW Jetta is also fun - but then I would certainly not be having an interview with you right now! The Porsche 911 is an untouchable legend - no matter how big my tyres are. 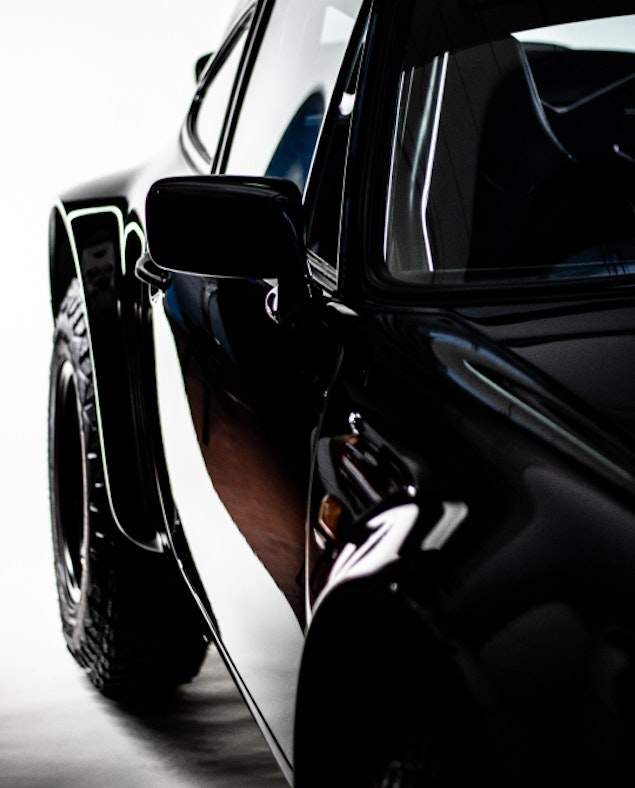 How did you feel about the feedback from the community?

It was and is unbelievable. On the Instagram profile (@syberia_rs) I simply posted some mobile phone pictures during the construction phase. More like a private documentary for my buddies. But after a short time the first comments came from the community. Today even Porsche brand ambassadors like Patrick Dempsey or Leh Keen regularly comment on the posts. I'm really curious what happens when the first videos go on air! Suspension manufacturer H&R has also contacted us - their technical department is currently working on optimizing the suspension. Very cool, I think. By the way, I have every issue of RAMP on my shelf, and that you should get in touch with me...about one of my cars...just unbelievable.

Which model do you drive when you are not driving the "Syberia RS"?

I have had a lot of luck in life and therefore I have a little bit of choice. But the way to work in my 991 Turbo S MK2 is almost like a holiday for me - at least until the gate of the underground car park opens! (laughs) 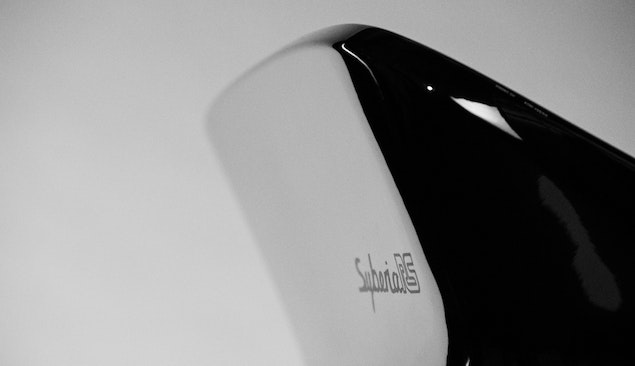 So the Porsche brand has always fascinated you?

What do you think is special about cars from Zuffenhausen?

The question is too intimate. If I answered it honestly, there would be trouble with my wife! (laughs)

And the most important question at the end: Where will the first ride with the "Syberia RS" go?

As a matter of fact, it already happened. Honestly, it was the trip to the bakery...because what better way to start a Sunday breakfast than with boxer sound and air cooling, right?