Street-Art: the most artistic streets in the world

»Form follows function«: Applies to sports cars as well as most things around us. Except for art. And fortunately, some roads. Because otherwise both would probably be rather boring and straight as a die. On top of that, there would probably be no »Street-Art«. Where the four most proverbially wacky works of art in the world can be found? We show it. 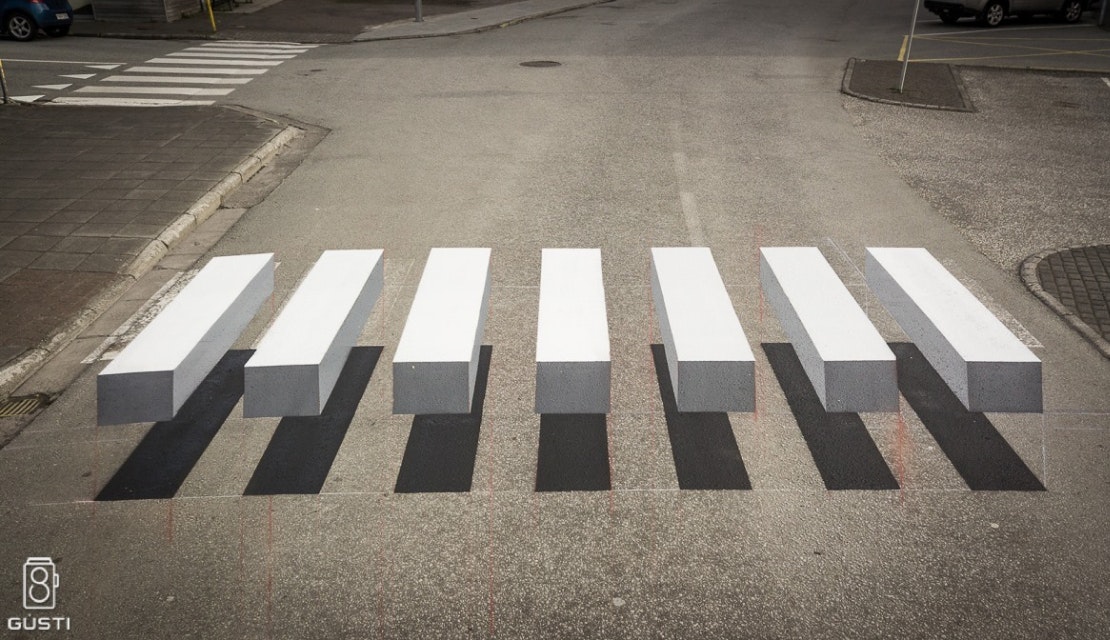 Art can be the way to a better society - at least Schiller thought so. He made this clear in a series of letters that were rather difficult to understand. But at least in Icelandic Isafjördur, the brilliant poet may have been right with his idea: Because the zebra crossing there with its 3D look not only looks good from a purely aesthetic point of view, but also makes road traffic safer. Because the markings seem to hover above the roadway, drivers are automatically more careful - and pedestrians are less at risk. 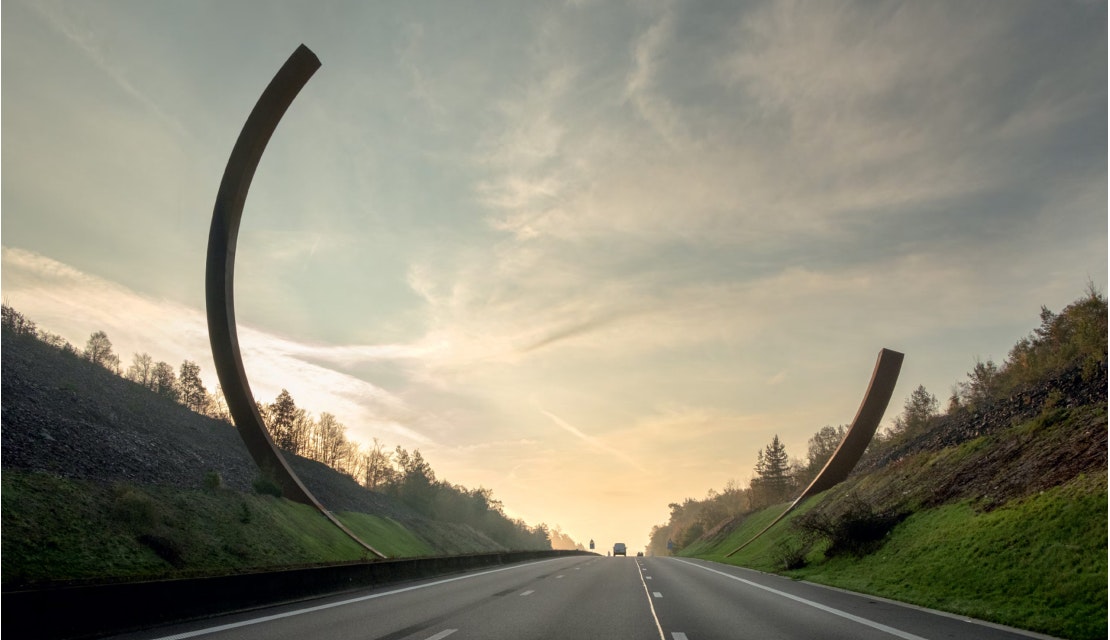 Half of something, nothing whole: the French artist Bernar Venet proves that this can also work in life. With his »L'Arc majeur« on the Belgian E411 motorway, which he conceived back in 1984. The background idea of the work of art, which was not completed until 2019, is quite conclusive, in contrast to the open construction of the artwork: With a span of 75 meters and a weight of 200 tons, the arch is not only testing the limits of art, but also those of the technology required for it. 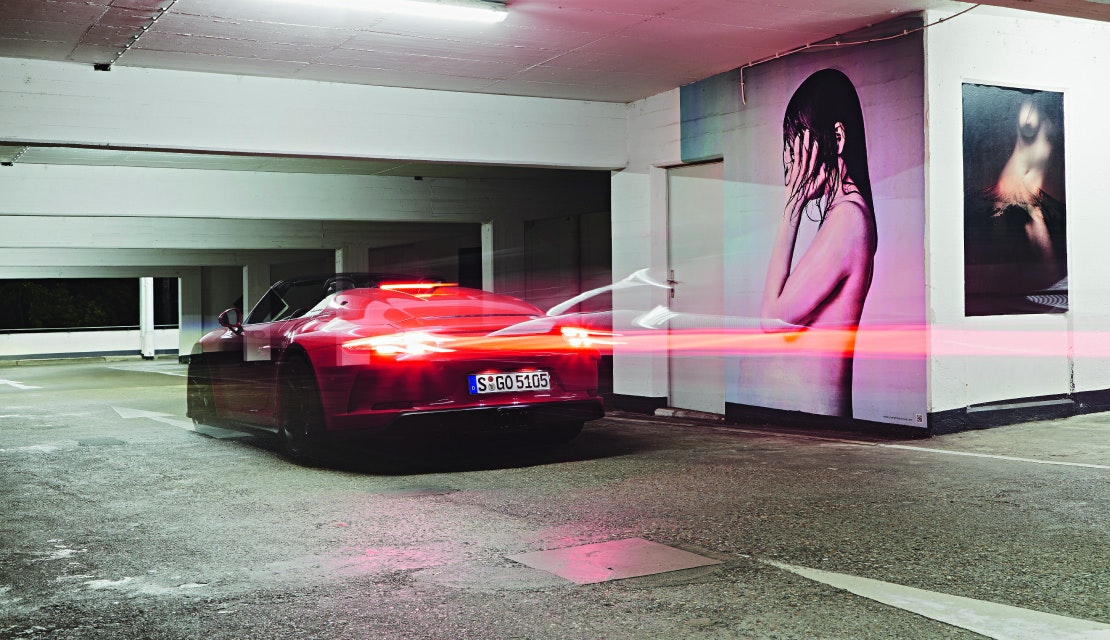 Parking garages are there to park ones car. They do not convince by beauty or representativeness, but serve a specific purpose. Which makes them part of functionalist profane architecture. Says geographer and urban researcher Jürgen Hasse. Not so in Stuttgart: Because there the Swabians in the »Parkhaus Züblin« combine purpose with creation - and parking with art. On different levels of the public garage, one encounters a wide variety of exhibits on the wall. Why go to the Staatsgalerie when you can park directly in front of the artworks? 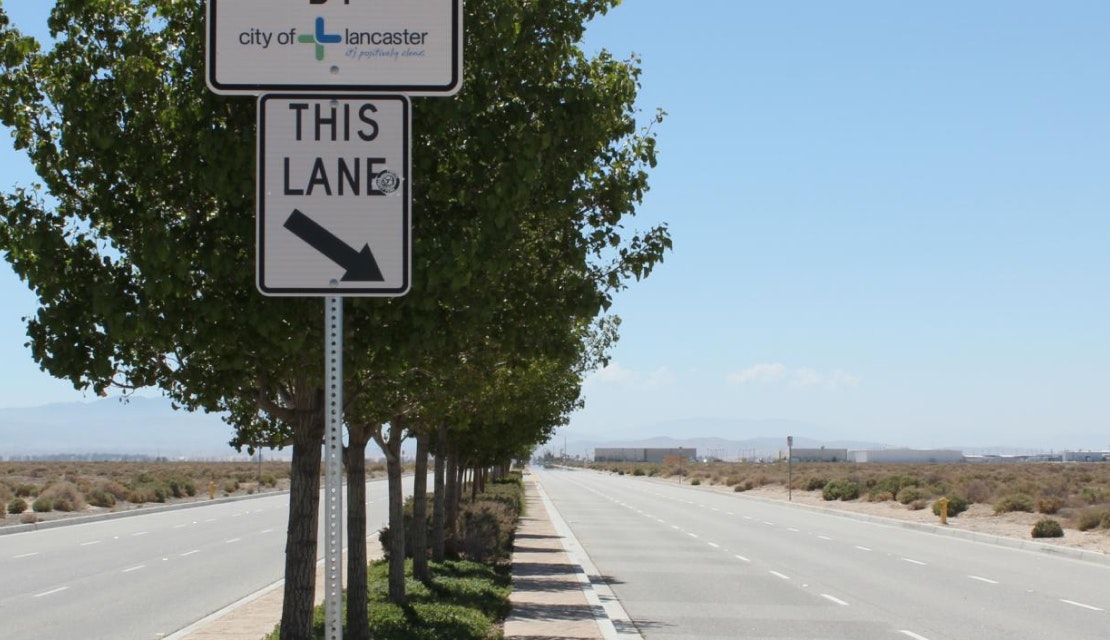 Schiller again. This time »Wilhelm Tell«. If the Swiss national hero were to handle his crossbow in Lancaster, California, today, the German poet would probably say: »Through these strange sounds he must go.« Because Lancaster's Music Road was built in such a way that when you drive over it, you hear the overture from Gioachino Rossini's setting of Schiller's drama. However, because the planners in the USA did not include the width of the sounding grooves in the asphalt in the overall length of the road when constructing the road section, the distances between joints do not quite fit. The final result? Sounds rather slanted and like a near miss. But that's just our opinion - after all, art is a matter of taste.