What happens when you let an architect design his own house? In any case, it becomes quite personal. Best example: Clive Wilkinson's West Los Angeles Residence in the town of the same name on the American West Coast.

“Show me how you build and I'll tell you who you are," Christian Morgenstern once said. If you follow the writer and take a look at the "West Los Angeles Residence" of Clive Wilkinson, you will soon realize: The South African architect loves timeless design. With his self-designed residence, he demonstrates why he is one of the best in his profession. His "spaceship on stilts", as he himself calls his work, reveals the stylistically confident school of his teachers Rem Koolhaas and Zaha Hadid. On the other hand, he drew extensive inspiration from the city of Los Angeles itself. With masterpieces such as John Lautner's "Chemosphere" or the "House No. 8" by Charles and Ray Eames, the West Coast metropolis is considered the cradle of modern and contemporary architecture. Wilkinson adds a harmonious whole to this, which, in addition to external wow-effects, offers inner retreats with a personal and elegant touch. 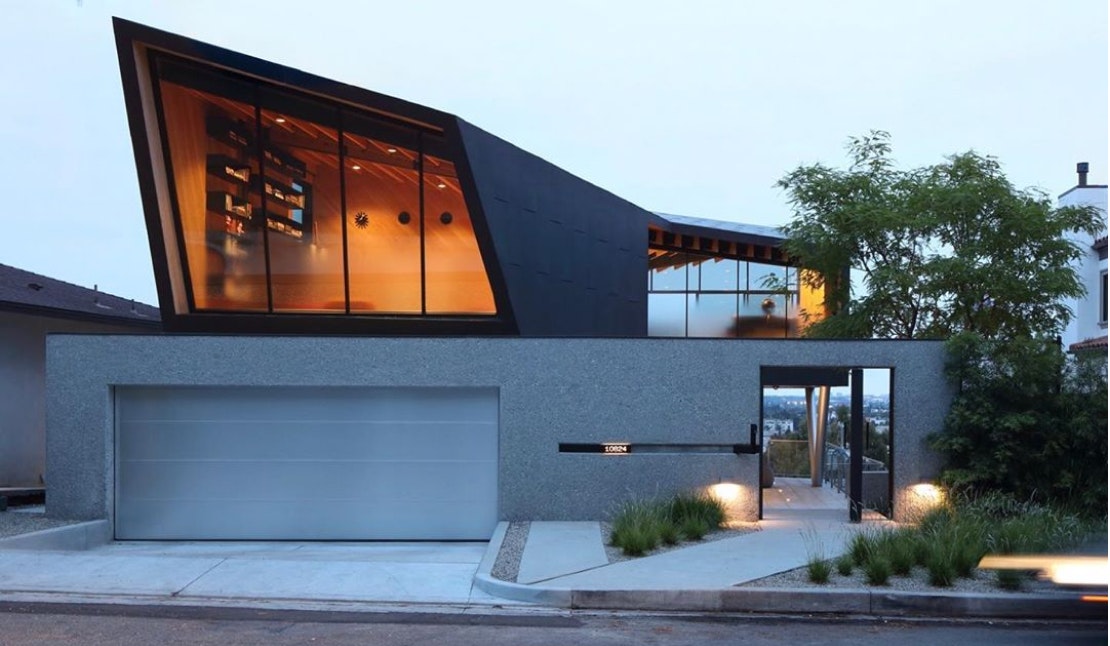 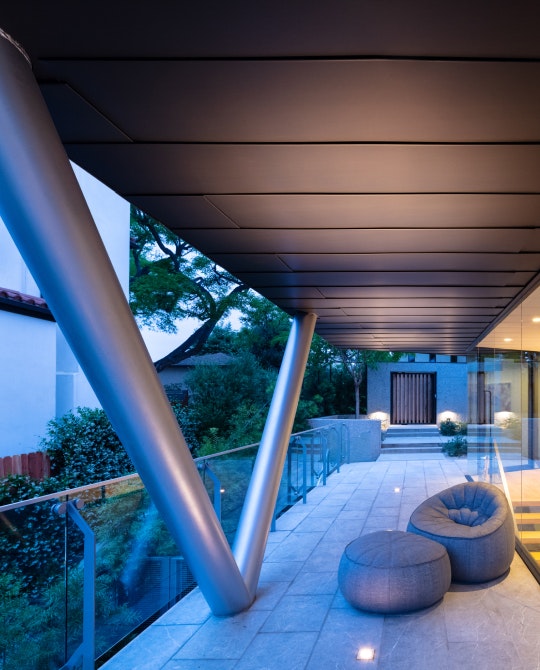 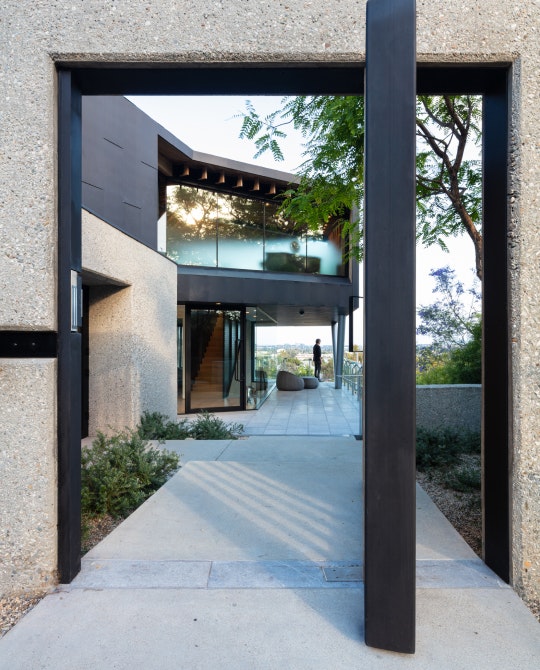 The spaceship-like "West Los Angeles Residence" is anything but aloof. In addition to clear lines on the exterior façade made of concrete, wood and zinc cladding, the architect relies on a sophisticated spatial concept. Wilkinson designed this in three parts: While the children find their rooms and a sports area in the basement, the middle floor is home to the rooms of Wilkinson and his wife. Building on this, the third floor contains the wooden, communal living area, which is furnished with classic Panton Chairs, among other things. Common to all three floors: A south-facing terrace, which in the case of the ground floor leads to a garden and an infinity pool. 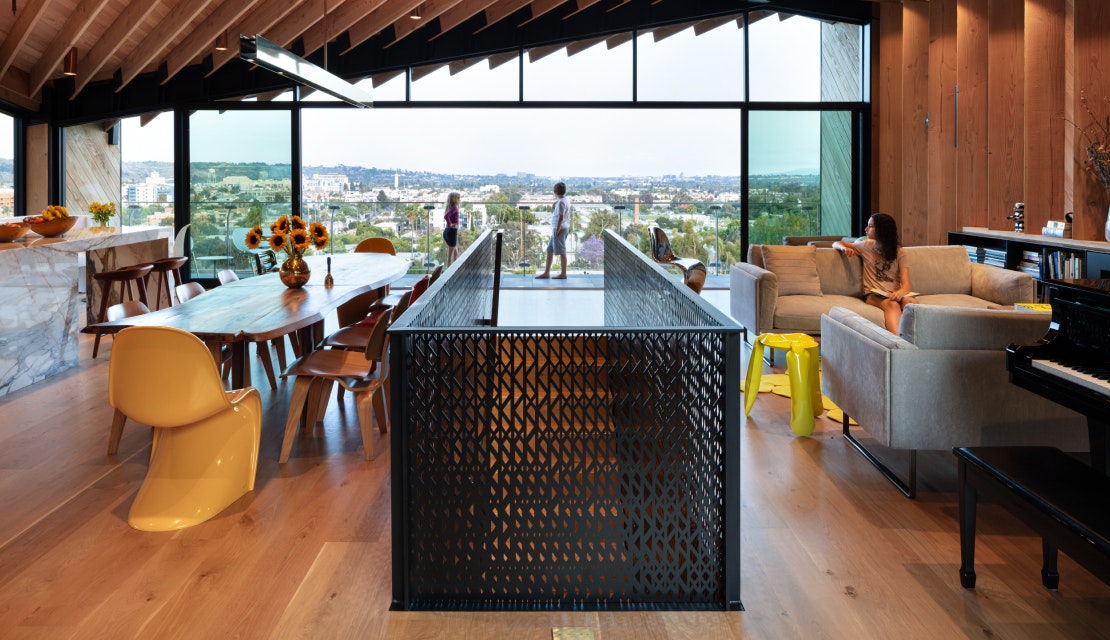 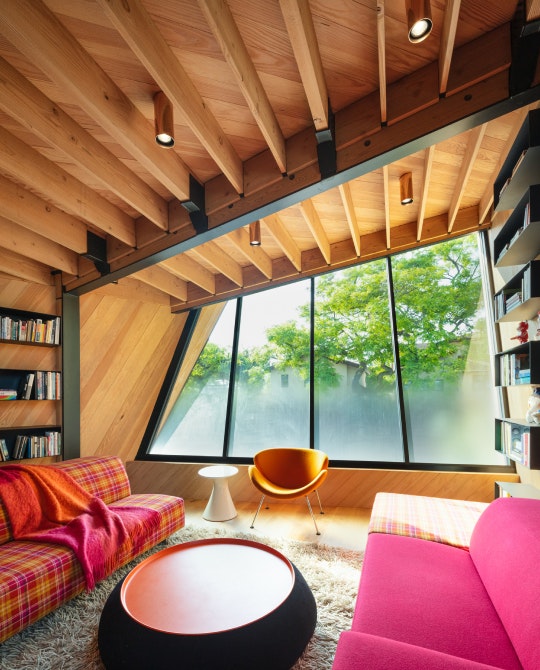 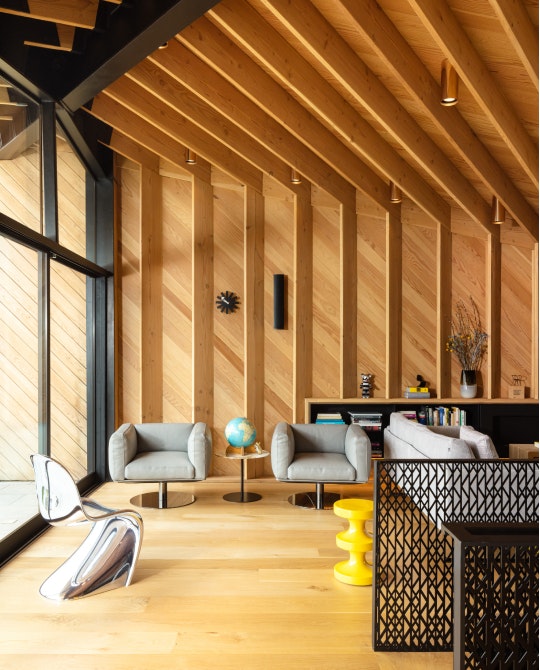 On this occasion, he also redesigned the garden, strictly reduced and artificial. Nice side effect: The former buildings had to make way, now the Wilkinsons have the metropolis virtually at their feet. What does that tell us? The man appreciates his view.