Are computer games art? At least if, like the French street artist »Invader«, you bring the game figures from the screen to the facades of the world. And it feels like he has been doing that since his inspiration »Space Invaders« from 1978 was released. We'd sure be up to play a round.

For some, life is a game. For others it's a very personal work of art that they design themselves. And for the French street artist »Invader«? In fact, it's both. Because the anonymous artist from Paris has been chasing his personal high score in the world's metropolises for more than twenty years. But not on a sofa and with a console. But with small tiles, which he combines into small mosaics in the 8-bit style of the legendary arcade game »Space Invaders«. Not only has he made it his mission to produce beautiful retro artworks, but he also quietly comments on the selected locations and current events. A pixelated Obi-Wan on a backdrop from Episode Four of Star Wars? He laid it in Djerba - just like a Pix(el)-Lebowski on the facade of a bowling alley in Los Angeles. Not to mention »Space 2«: In contrast to the other »Space Invaders« it really floats in space. And it's on board the International Space Station ISS. 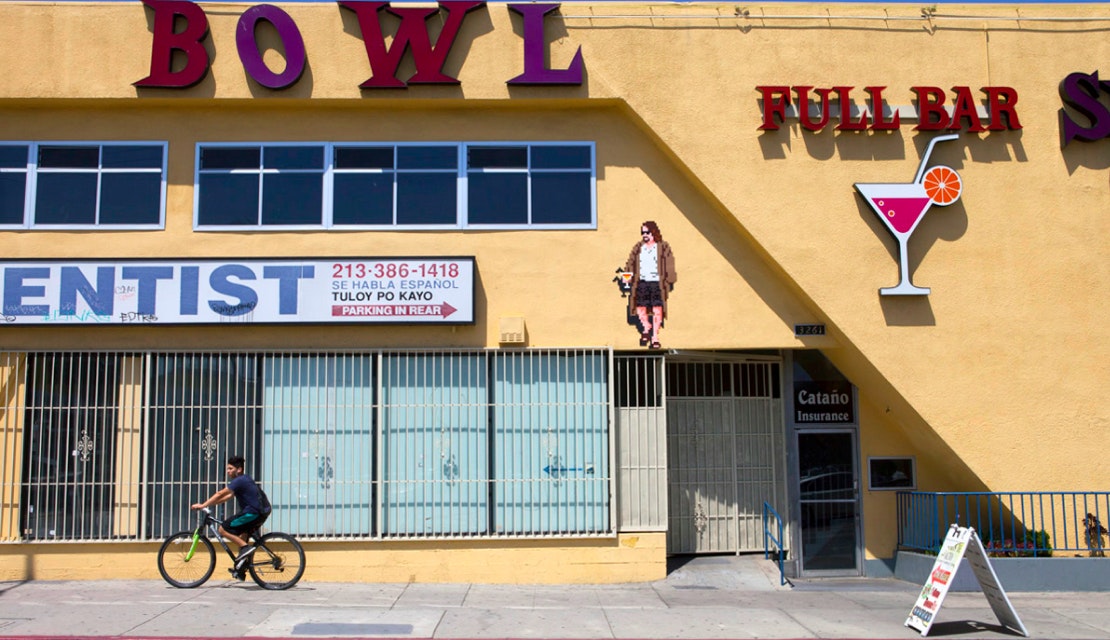 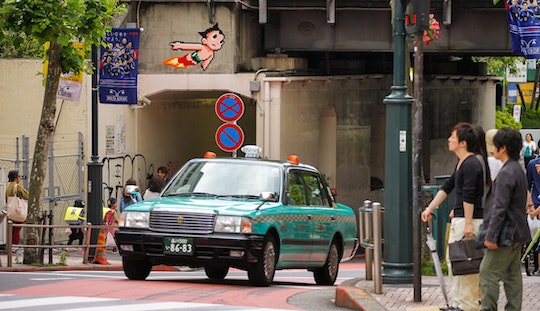 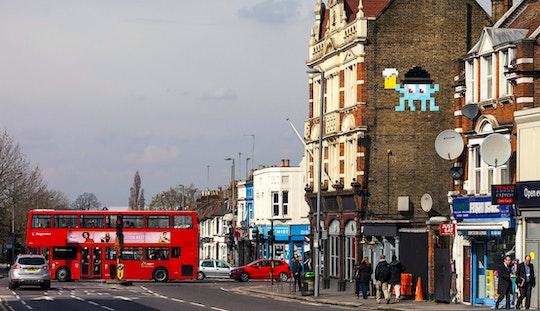 In his mostly secret and not always legal missions, the graduate of the Paris Art Academy is not only inspired by the game's visual appearance, but also transfers its level structure and the idea of the high score to the real world. Like the little aliens in the arcade game, he has had his mosaic works of art appear spontaneously and according to his own taste in »waves« since 1999. Successfully completed the »basic level« of a city? The »Invader« returns. And with new installations he pushes his personal high score even higher. Depending on the difficulty and location, he gives himself between 10 and 100 points. All that remains is the question: why do the whole thing? To get art out of museums and into people's lives - if you ask the »Invader«. And, of course, to free the small, alien beings from their games and the screens. Game Over? Not even close. According to his own statement, the »Invader« is still on the road every week even after a good 21 years. 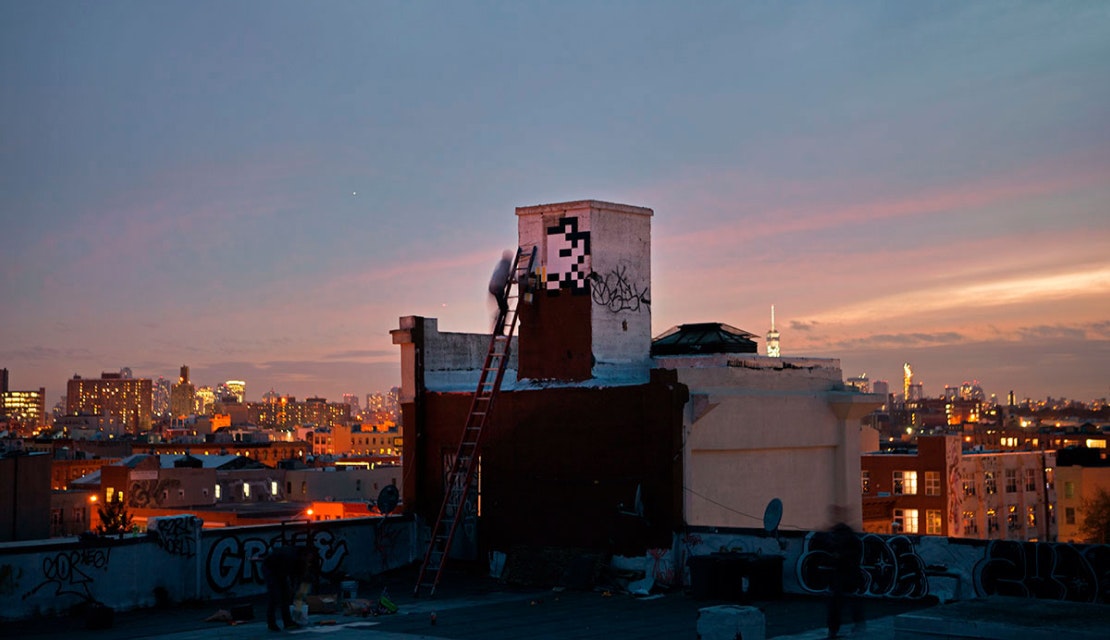