With »9:11« Porsche launches its third podcast format. The podcast will feature discussions with top-class guests about the challenges of the future, the adventures of the past, but also the thrills of motorsport.

The sound of a 911? As unmistakable as the sports car from Zuffenhausen itself. Since yesterday, the striking sound of the boxer has been enriched by one note - and a digital one at that: With »9:11« Porsche has launched its third podcast format. With this format »we want to get to the bottom of the myth of the brand, talk about innovations and products - but above all about and with the people behind them,« says Public Relations Director Sebastian Rudolph, who moderates the episodes. Since July 2019, the company has been offering a look behind the scenes of the first all-electric racing series with the Formula E podcast »Inside E«. And since April of this year, Porsche has been giving inspiring personalities inside and outside the company and their visions of the future a voice in the podcast »Next Visions«. 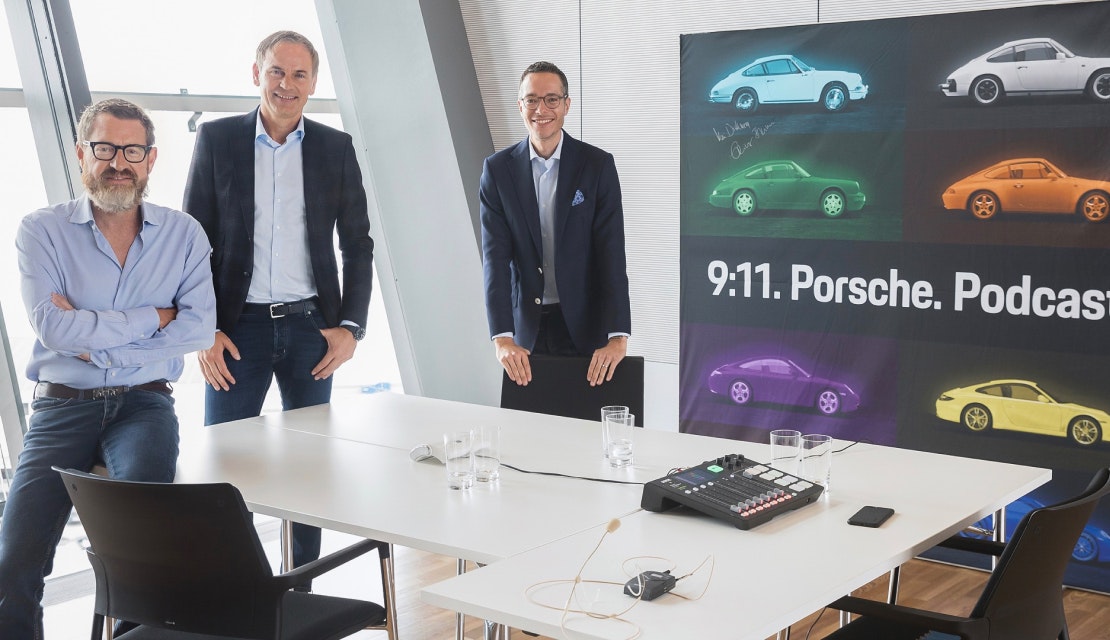 So now »9:11«. In the first edition, Porsche CEO Oliver Blume meets the former head of Bild, Kai Diekmann. Together they discuss whether business and society can become stronger through the Corona experience. How is Porsche dealing with the consequences? How must a company be managed in this crisis? What makes a strong team? But racing fans will also get their money's worth in the future. From the myth of the 24 Hours of Le Mans - this year's race will take place on the weekend of September 19/20 - to artificial intelligence and eRacing, this year's race will be all about the myth. There is also something to win in the first podcast episode: in order to have the chance to win an exclusive tour of the Zuffenhausen headquarters, participants must correctly recognize and match the sound of a Porsche vehicle fittingly for the media format. The solution must be submitted by e-mail before the second podcast episode is broadcast.