Why dance on the volcano when you can build a house on it? Faulkner Architects do that with their »Lookout House«. Completely without lava, it serves as a ski resort retreat near Lake Tahoe.

Volcanic soils are particularly fertile. But it is a new insight that they also favor particularly attractive architecture, as in California's Truckee. The best proof: the »Lookout House« at the foot of a three million year old volcano. It has now gone out, unlike the deliberately orange light in the entrance area of the house, which is mainly made of steel and concrete. Together with the orange pane above the door, the color of cooling lava should be picked up. 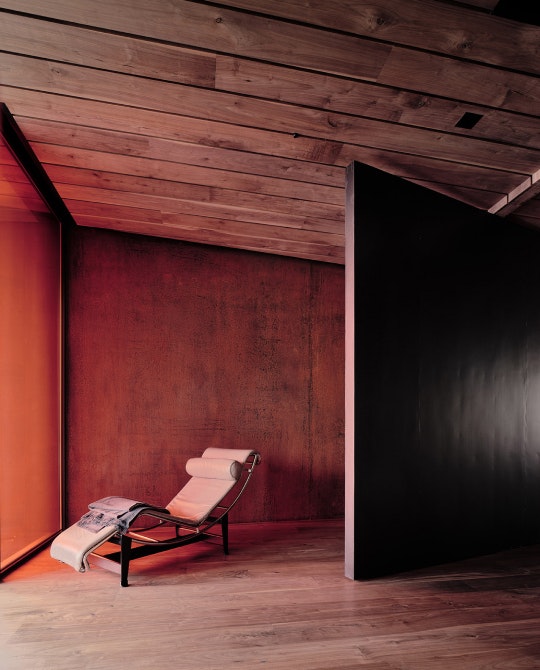 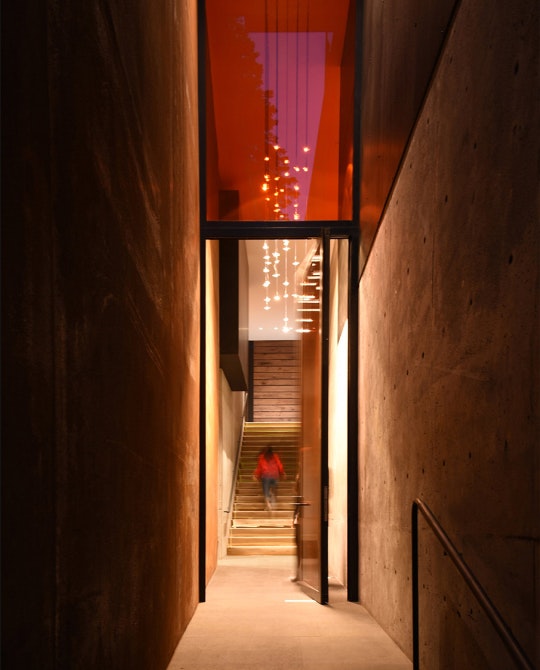 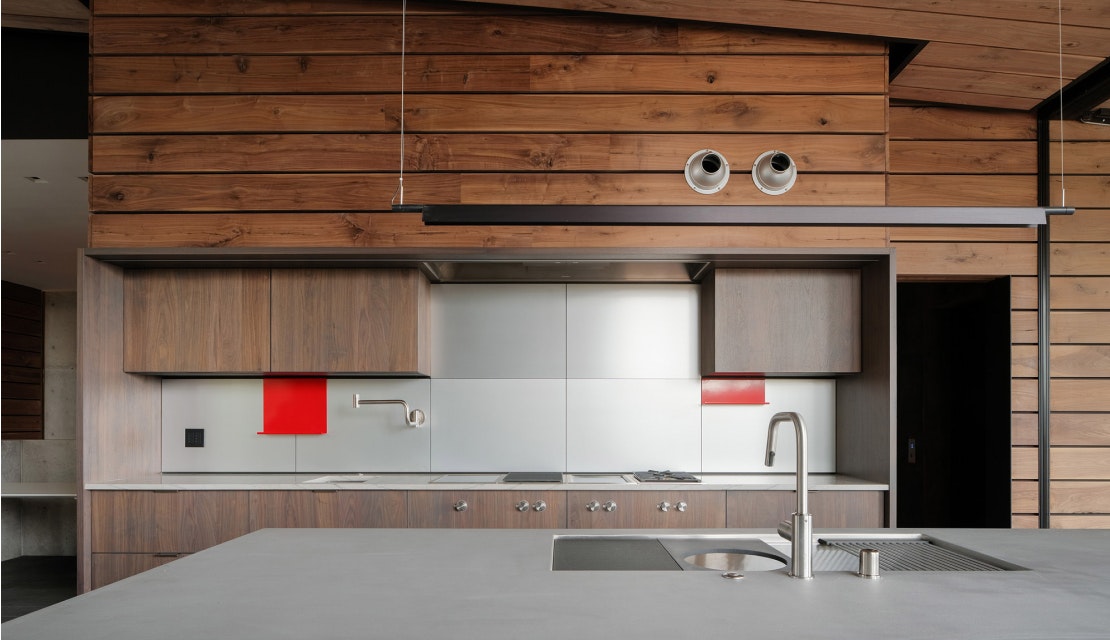 But these are not the only two references to the special construction site between Jeffrey pine and White fir: While the flat roof picks up the 20 degree slope, red-orange details and glass panes inside the building, which is characterized by right angles, repeatedly show up, quoting the play of colors at the building's entrance. Together with the walnut ceilings and the lighting specially developed for the house, this creates a warm and pleasant atmosphere that nevertheless appears open. Last but not least, large sliding glass doors provide good ventilation and an unobstructed view over the slopes surrounding Lake Tahoe. Or theoretically also make it possible to ski directly into the living room from the adjacent cross-country ski trails in winter. 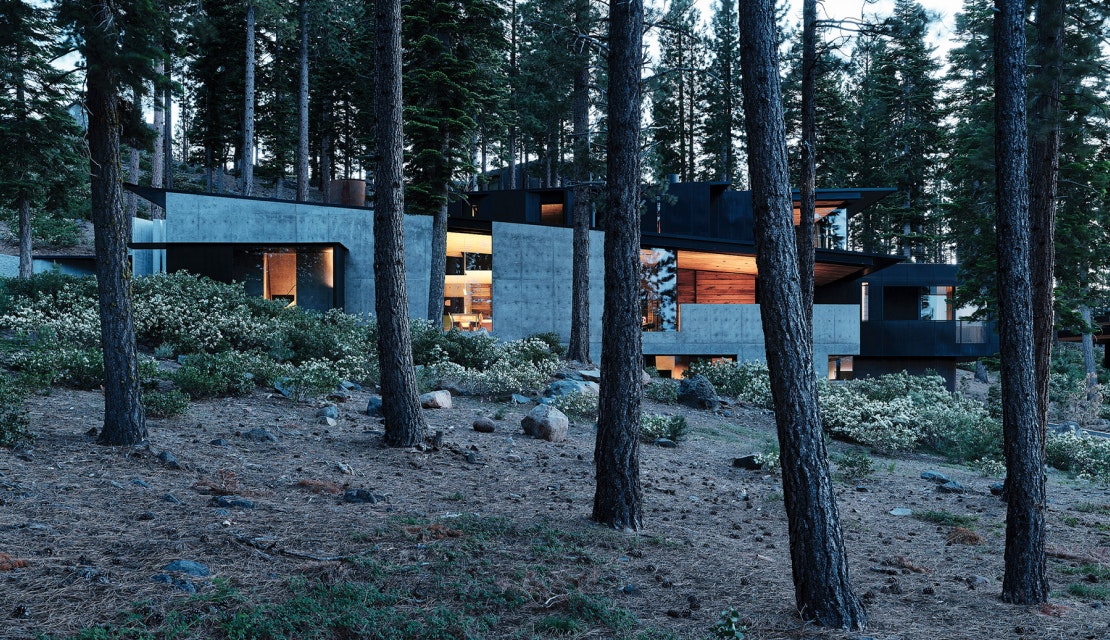 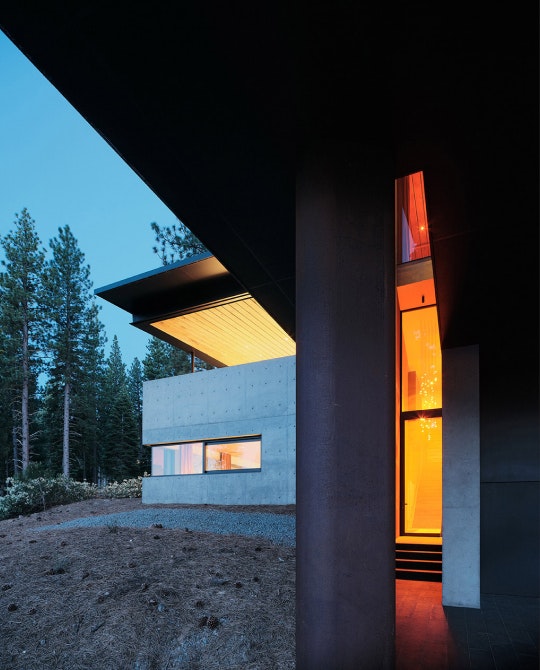 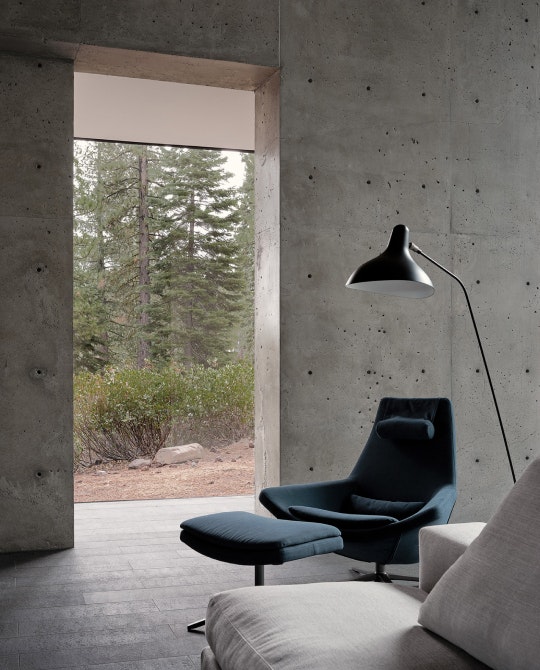 During the cold season, heating is fittingly provided through the stone floor, which is not covered with magma but with heating plates. Together with the insulated concrete walls, energy-saving lamps and efficient mechanical solutions, energy loss is minimized. That the architects at Faulkner also mention in this context that the steel and concrete facade is fireproof? Can't hurt - even though Lookout Mountain is no longer active. 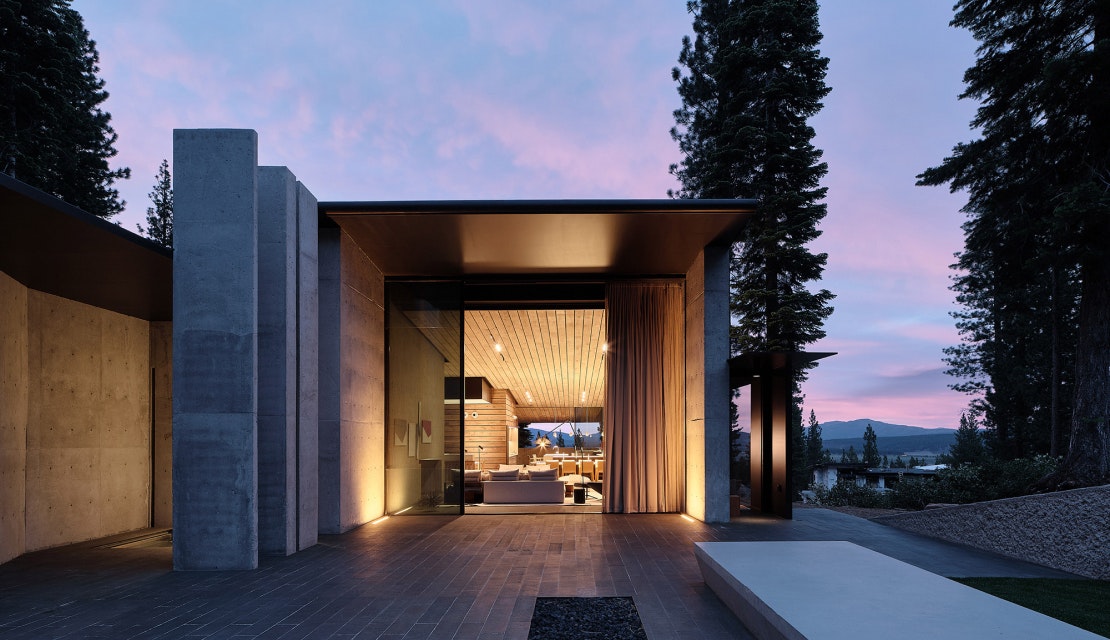