Some people are satisfied with a Sunday at the local waterski resort. Dominik Gührs rides his wakeboard through the floating markets of Bangkok, jumps over boats, does a few tricks. That sounds as simple as it is crazy – a good reason for an interview. Oh, and by the way: Dominik Gührs is twice wakeboarding world champion.

There are easier ways of getting around Bangkok’s floating markets. How did you come up with this idea?

I’ve been coming to Bangkok for three months every year for the last ten years to prepare for the wakeboarding season. It’s where I go for my winter training. A while back, while visiting the floating markets, I was struck by the thought: Wouldn’t it be just epic to ride a wakeboard through here? Though it wasn’t easy, of course, as the entire market is crammed full of stuff. To complicate matters even more, we chose some spots that were really at the limits of what is feasible. Two years ago, I proposed the video project Searching Bangkok to Red Bull, because they’ve got a really good network going.

So it was more than just a little show for the cameras.

Definitely not! Some of the tricks were really hard. 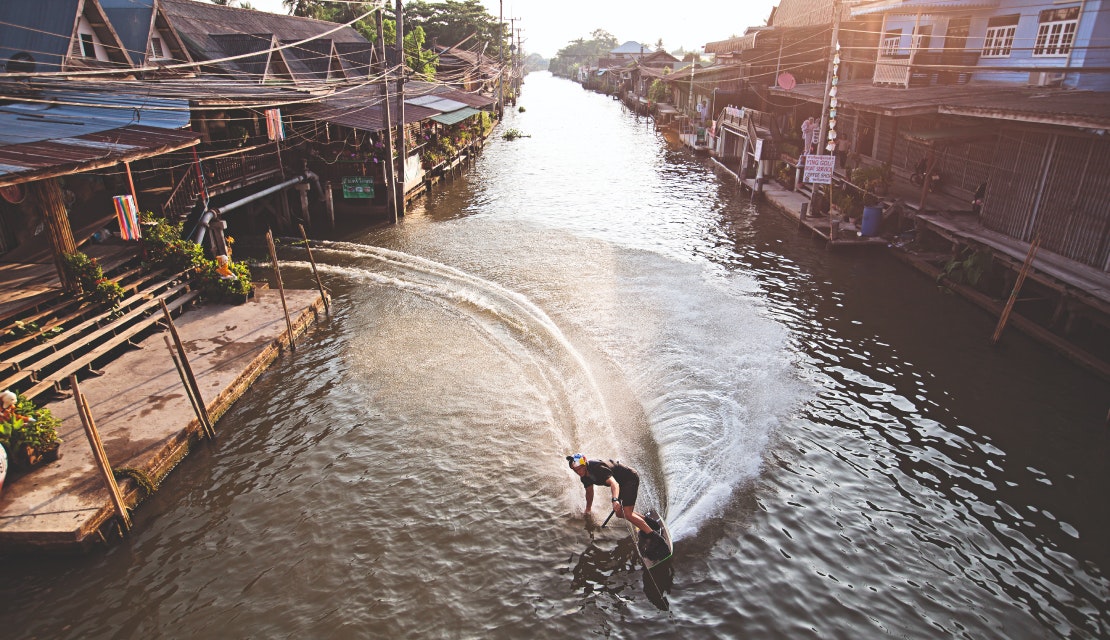 Couldn’t you have done something easier?

Sure, but I didn’t want to make a clip only for the mainstream. I also wanted it to include some things for the hardcore crowd. It was important to me to cover both aspects.

Of course, Red Bull videos are always pretty spectacular. What are the differences in how you approach such an action shoot and a competition?

A video project like that is ten times as cool as any competition. [laughs] You compete in ten to fifteen contests a year – and they’re pretty much all the same. I always feel a bit like a circus monkey. You do your tricks and thirty judges award you points. Producing a video like this is different, because it involves a film crew. You have an exact idea of what you want to do – and, in the end, everything turns out completely differently. But it’s a masterpiece. Kind of an art project. (laughs) 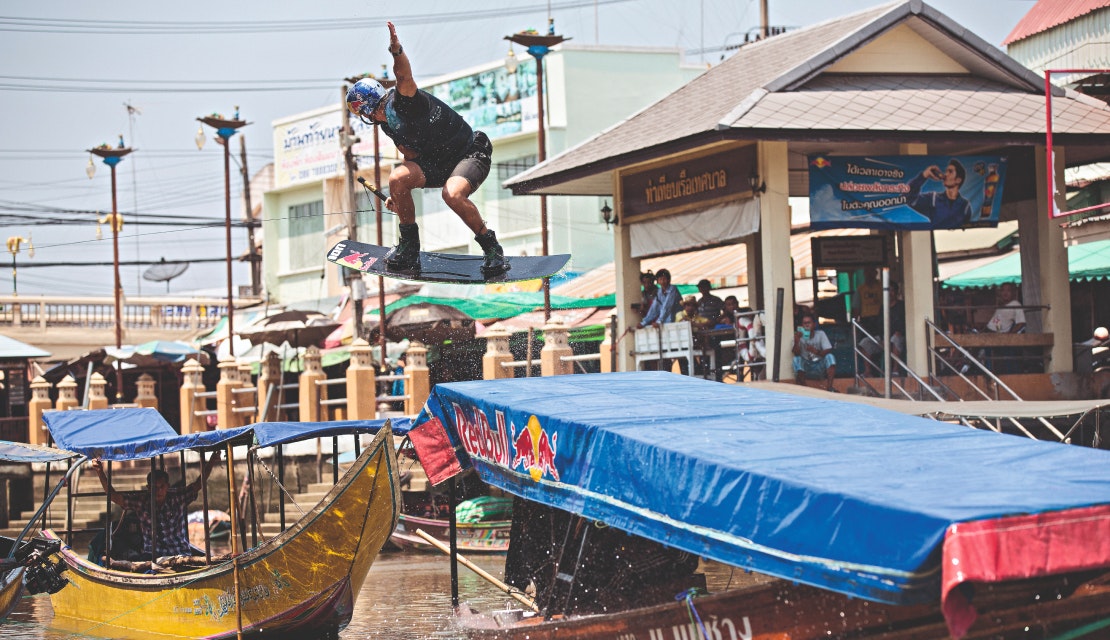 Are the most difficult stunts also the ones that look the most spectacular in the video?

Let’s just say that everything that’s upside down looks extremely difficult for the layperson. But when you do a “1080”, spinning three times around your own axis, the onlooker often doesn’t understand how complicated that trick is. A double backflip looks so much more spectacular to the spectators that they think the rider must be extremely good. Which actually isn’t the case. (laughs)

What makes it so easy to do upside down tricks?

If you just do a backflip over a kicker, meaning a ramp, that’s not really so difficult. A stylish 360, where you have to do one entire rotation, is much more difficult. 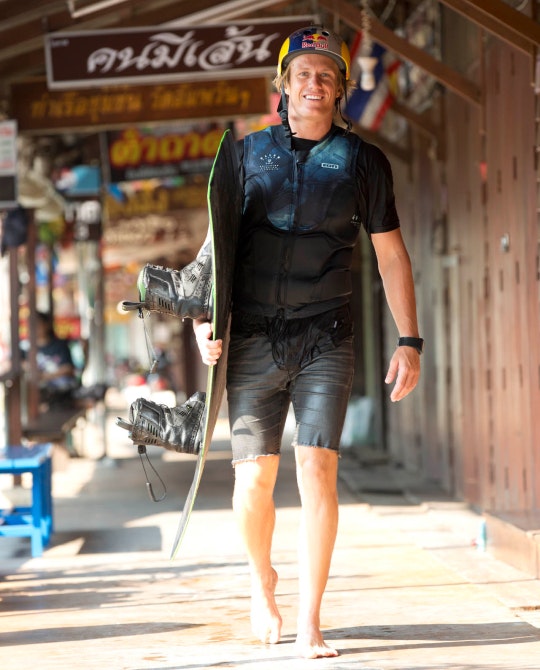 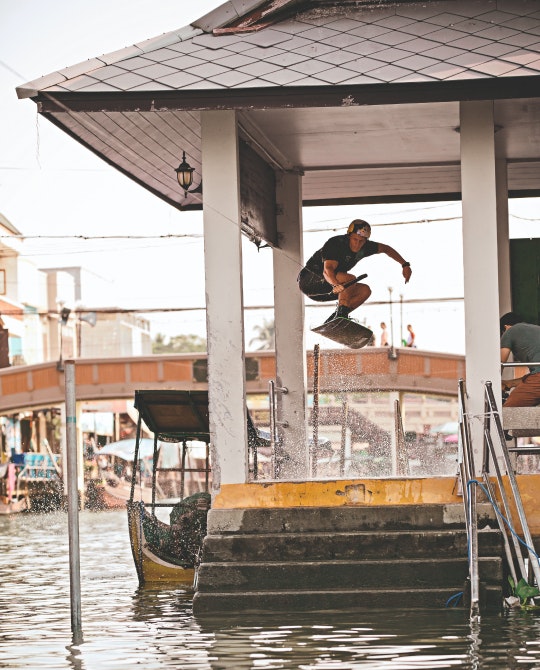 Which status does wakeboarding have as a sport – in general and for you personally?

It is still a very young sport that is growing at an extreme pace. For me, it’s one of the coolest sports there is. It’s simply awesome to go to the lift together with your buddies and have a good time. That’s what I actually like best about wakeboarding. It’s about the people you get to hang around with.

The classic question: Where do you see yourself in ten years’ time?

I’d like to continue wakeboarding. Though ten years from now, I probably won’t be winning any world championships anymore. (laughs) But I’d love to have my own wakeboarding park one day. I already have some ideas.

Would this park be in Bangkok?

I love traveling, but I’m always happy to be able to spend time at home. So, I guess it would be closer to home. 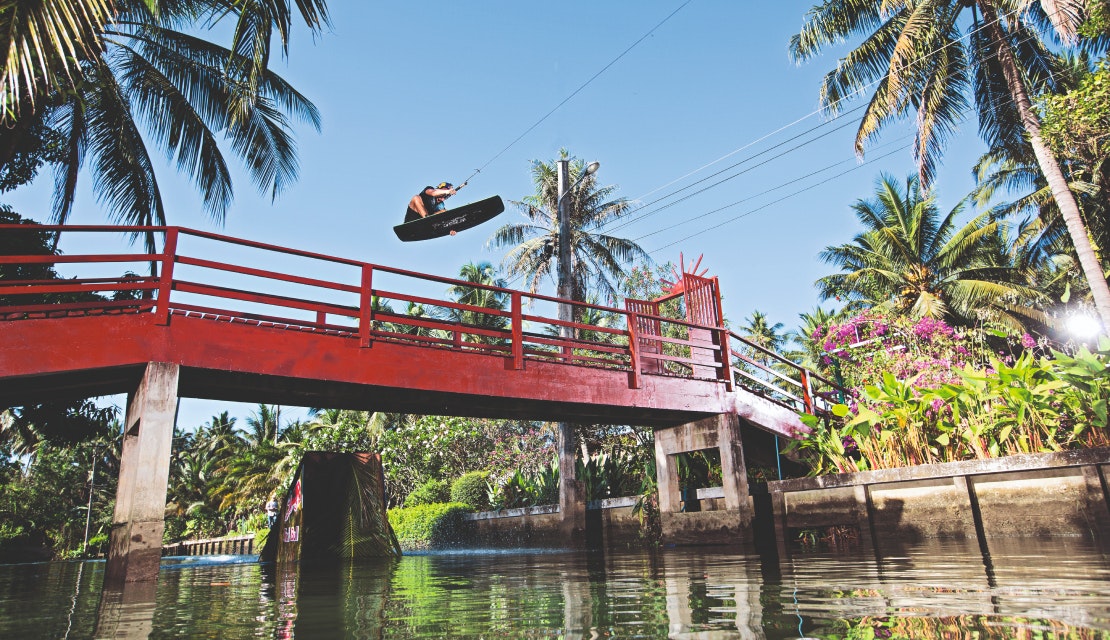 How much time do you spend away from home every year?

Six to seven months, but not in one stretch.

To wrap things up: Injuries, training, traveling ... What keeps you motivated?

I think my biggest motivation is that my sport allows me to go traveling around the world, spend time with my friends and push each other to try even harder. When you see somebody do a new trick, you immediately also want to learn something new. Of course, we compete against one another as individuals, but in a way we’re still a team. 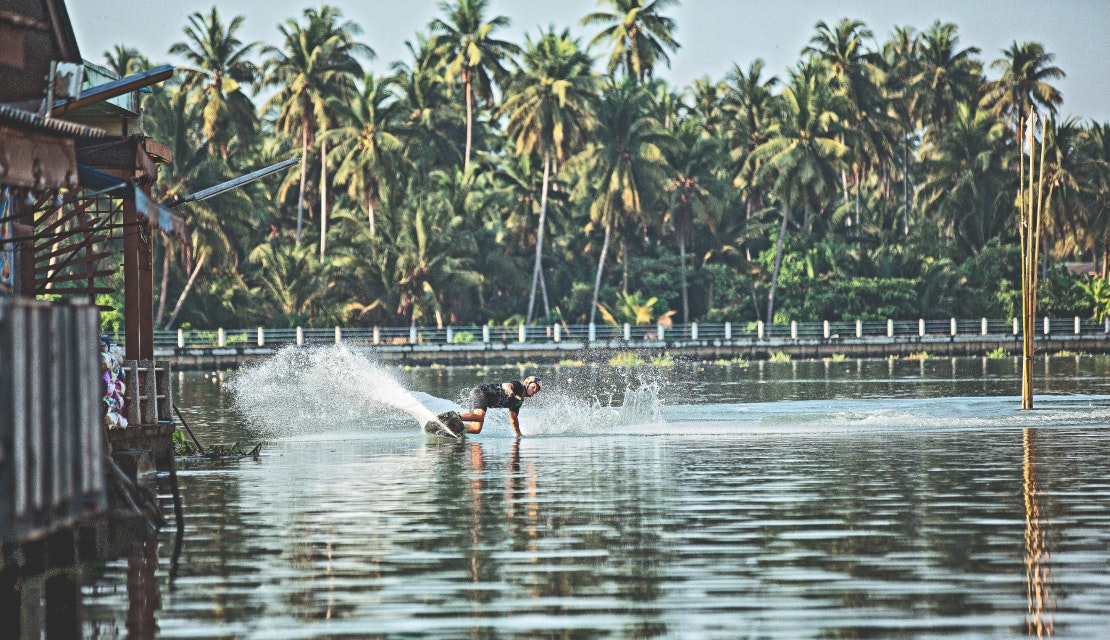 The complete interview with Domnik Gührs can be found in rampstyle #18 - along with numerous other stories.