Rocket science made in Zuffenhausen: Why Porsche lifts off

A flying Porsche? This idea has been developed in the early stages and can be observed in its most sporty implementation during long-distance flights from 911 in rally sport. In this respect, it is only logical that Porsche and Boeing should now develop the concept for an electric aircraft together.

It was somehow clear that Porsche would soon go up in the air. Just over a year ago, Porsche Consulting's own business consultants discovered that good business could be done in the skies over Berlin and other metropolises, and that with air taxis. For a few years now, Porsche itself has been pursuing the strategy of not only leading the market as a manufacturer of exclusive sports cars, but of developing into an all-embracing mobility provider in the luxury segment. This apparently also includes the third dimension: The sports car manufacturer has now announced that it is developing a premium urban air mobility aircraft together with Boeing and its subsidiary Aurora Flight Sciences. The photo that they sent along from Zuffenhausen definitely makes you want more.

Whereby: A flying Porsche is not news in itself. On the contrary. In 1989, the Zuffenhausen company self-confidently advertised the 911 Turbo with the following claim: »One ride and you’ll understand why most rocket scientist are German.«

Therefore - and for current reasons - here are our five favorite flying Porsche models. 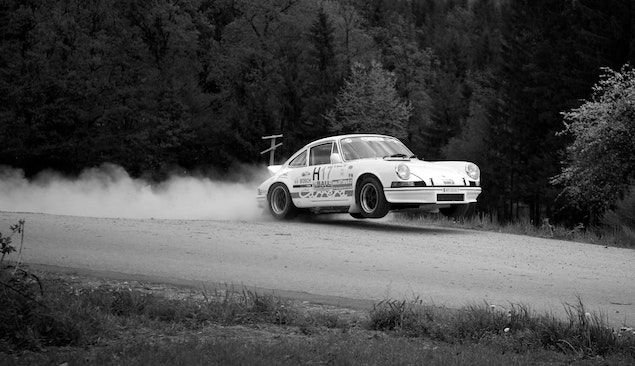 A legendary 911 Carrera RS 2.7 starting in the truest sense of the word at the Bosch Super Plus Rally 2010 in Pinggau, Austria. There's no better way to open up the list of flying Porsche, is it? 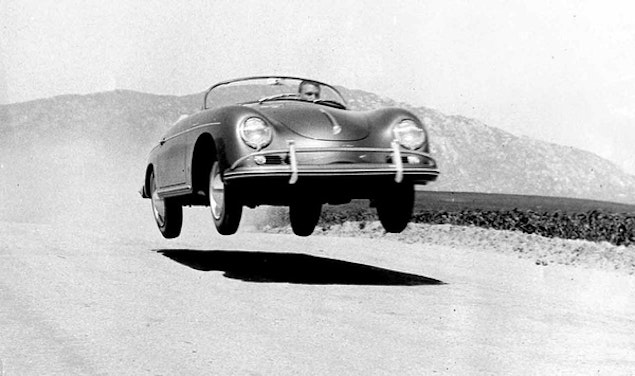 Dan Gurney is not only a high-flyer in this 1956 Porsche 356 Speedster, but also six years later in Rouen and on the Solitude. There the american racer wins with the »804«, the Formula 1 racing car from Zuffenhausen. And that is long before the world's fastest Formula cars grow wings. 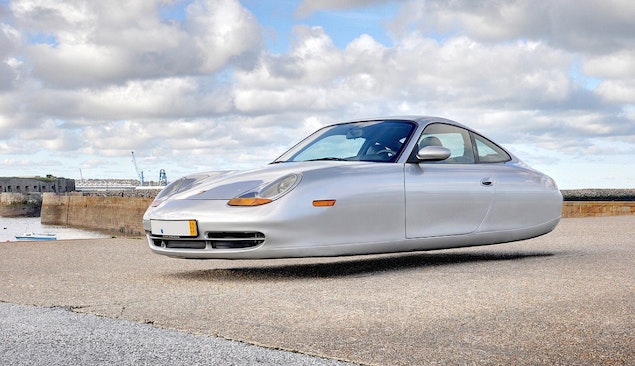 To some, the 996 seemed like a spaceship at the end of the 1990s: the engine ist water- instead of aircooled, it posseses ESP and has a modern design language. And those were just some of the innovations it brought to the 911 series. 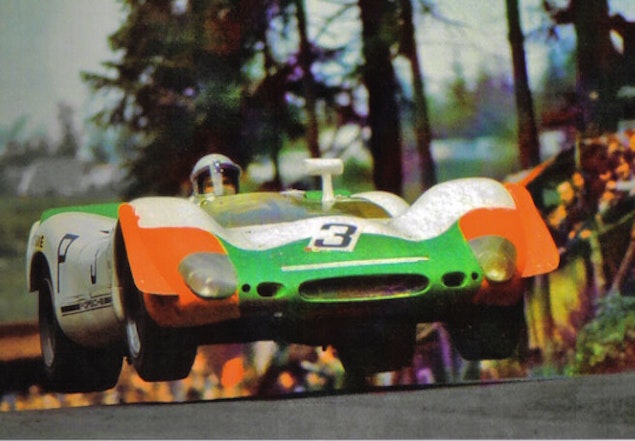 It's 1969 and we're watching the 1000 kilometre race on the Nürburgring Nordschleife. Vic Elford and Kurt Ahrens fly over many crests back then - and in the end they land on third place. Only beaten by two other Porsche 908/2. That's called formation flying, we guess. 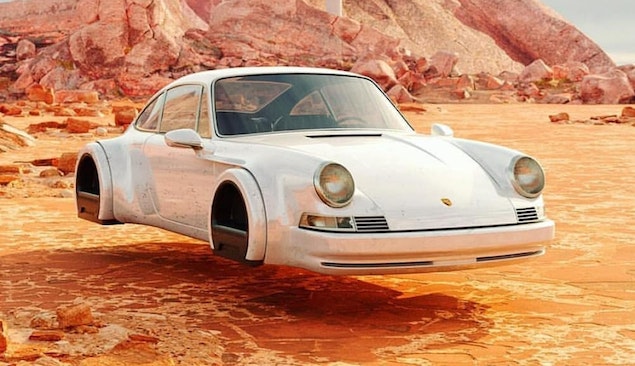 As a child you have exactly two dreams: to become an astronaut or to drive a 911. Both impossible together? Not for Chris Labrooy. He made it one single dream. May we introduce: the Apollo 911.