Reality-Check at the virtual 24 Hours of Le Mans

With starting number #93, Porsche won the virtual 24 hours of le Mans last Sunday. For a long time, the digital 911 RSR with the number 92 was also on course to the podium. We visited its two Porsche drivers Matt Campbell and Jaxon Evans in real life - and looked over their shoulders during the simracing.

After 19 overall and more than 100 class victories in the real world, Porsche also won the 24 Hours of Le Mans virtually this weekend - in the GTE class and with the 911 RSR #93. At the wheel were works driver Nick Tandy and Porsche Junior Ayhancan Güven as well as the Simracing pros Josh Rogers and Tommy Östgaard. During the race we watched their team mates Matt Campbell and Jaxon Evans from sister car #92 over their shoulders. For roughly one and a half hours. And we found out: the virtual 24 hours are not a bit less exciting and dramatic than the original. Also for the Australian works driver and the New Zealand junior driver with whom he shares the flat in Stuttgart. 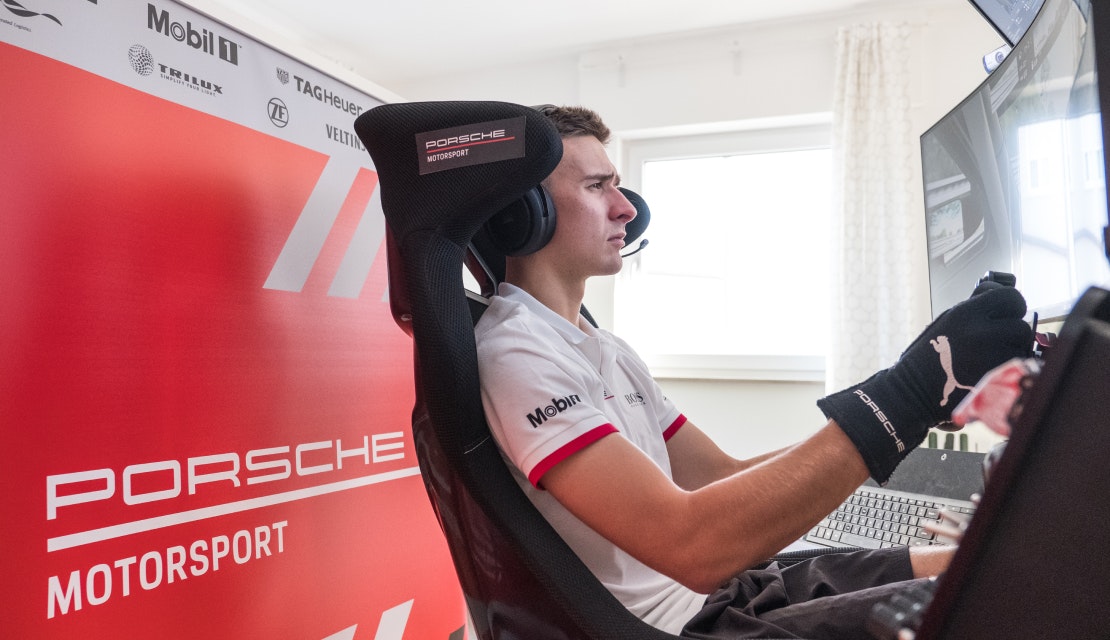 Matt stares at the screen and captures the 911 RSR with determination. When braking, the 25-year-old Australian's car broke away slightly. It is his third Le Mans. Twice in reality, now for the first time virtually, as for everyone else. His record at the classic is impressive: Two starts, one win in the GTE-Am with Dempsey-Proton Racing in 2018. At his debut. Now the third attempt, for the first time virtually. His first stint has just finished, a little earlier than planned. For a long time he drove on P3, but then fell behind through no fault of his own. A break? No way. He's still sitting in the simulator, which is located in the stylish and brightly 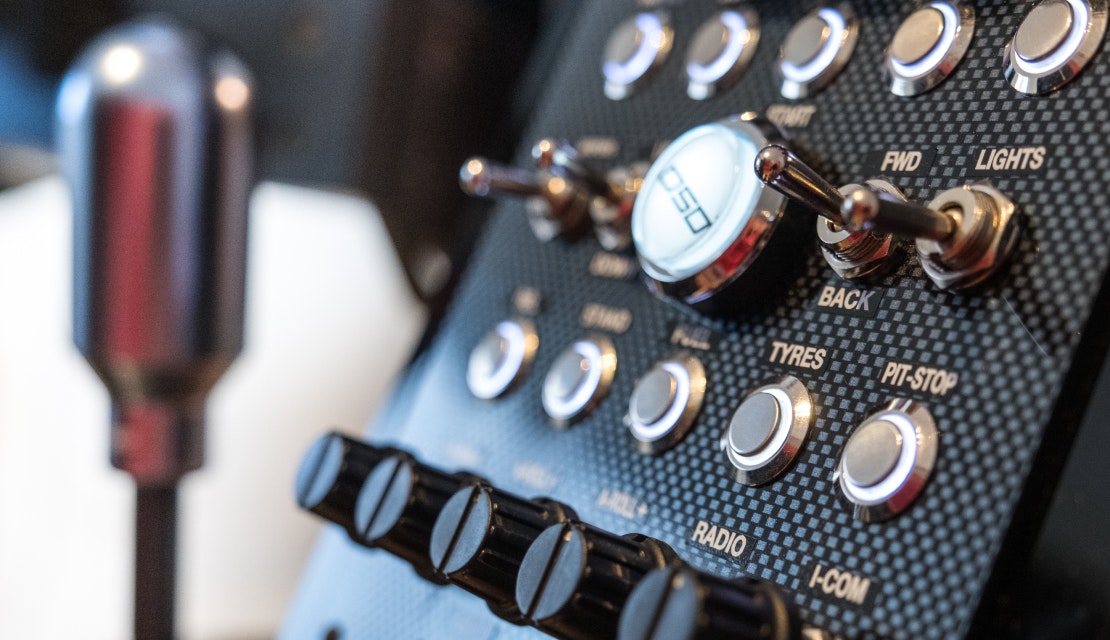 »We have a few problems,« Jaxon explains. The internet connection is causing trouble, the simulation is not really running smoothly. Also the reason why Matt is training in the living room right now - and not fighting the competition as planned. »We've lost too much time,« the young New Zealander tells us. That's why the team made a premature change. Last night, a technician from the Internet provider was also there. Will the emergency surgery on their home network pay off? At the moment it doesn't look bad at all, even though the faltering connection and the unscheduled driver change have thrown them back from third to seventh place. But there are still almost 20 hours to go - and anything is possible. 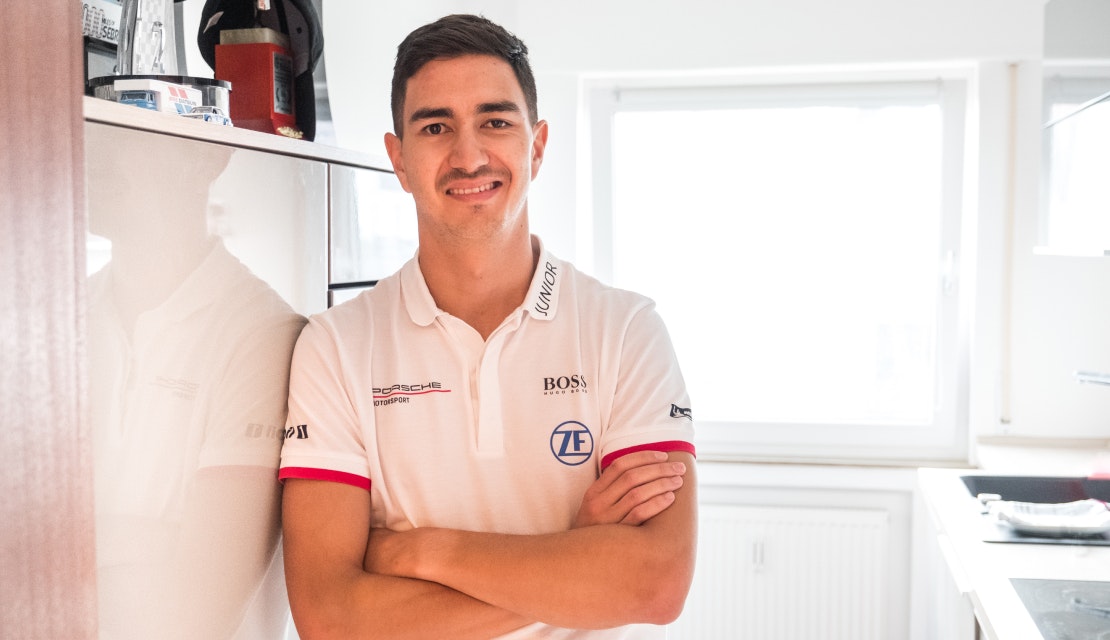 What's the biggest difference between Sim racing and real motorsport? »When you outbrake yourself, the smell of burnt rubber is missing. You only notice it when you slip off the track,« laughs Jaxon as Matt continues testing. In fact, Sim Racing is much more mentally challenging, he explains. A lot of the action is more visual - not like with the g-forces and the overall feeling as in a real car. Jaxon takes aseat in his own simulator and shows us what he means. They bought the second one shortly after the start of the Corona pandemic - at some point they both had to drive in different sim races simultaneously and independently of each other. Positive side effect today: Matt and Jaxon have a backup in case something goes wrong with a simulator. 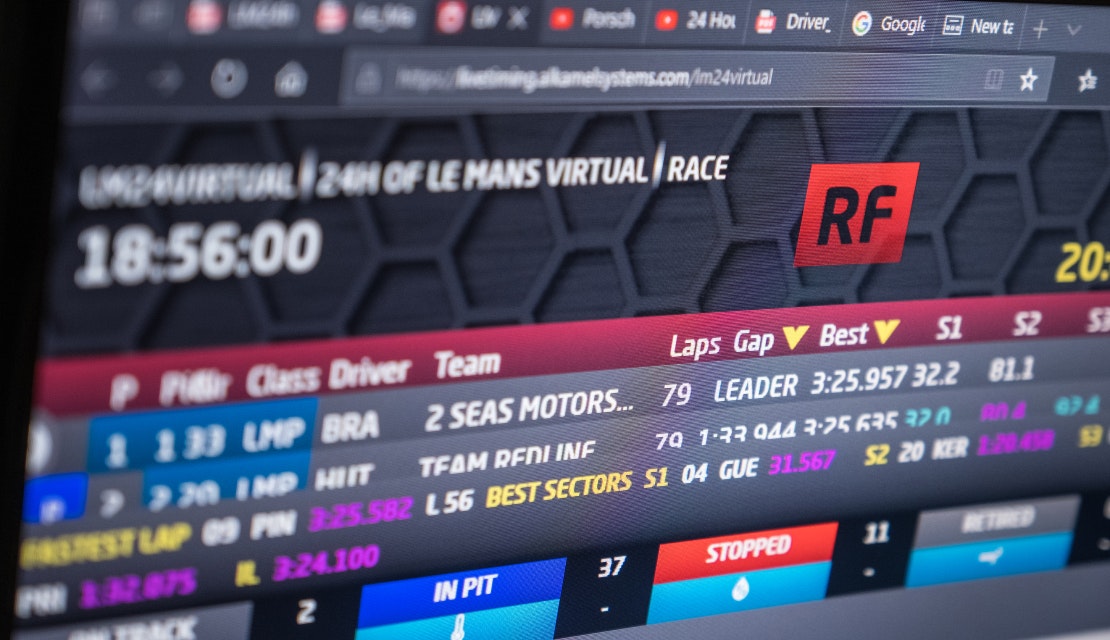 »Red flag!« Jaxon takes off the headphones and tells us the message from the race control. No weather chaos, no serious accident, but a problem on the server of the organizers is the reason. Matt is still training while Jaxon leads us through the apartment. A little bit it is furnished like a Porsche: Sure, no frills, and with the simulators, it's kind of functional. And then there are the skateboards in the hallway: When Matt an Jaxon don't drive real races or take part in the virtual 24-hour race, both like to roll down to the Stuttgart basin together. »But the boosted board with the engine belongs to Matt - he already pulled me up the mountain a few times!« 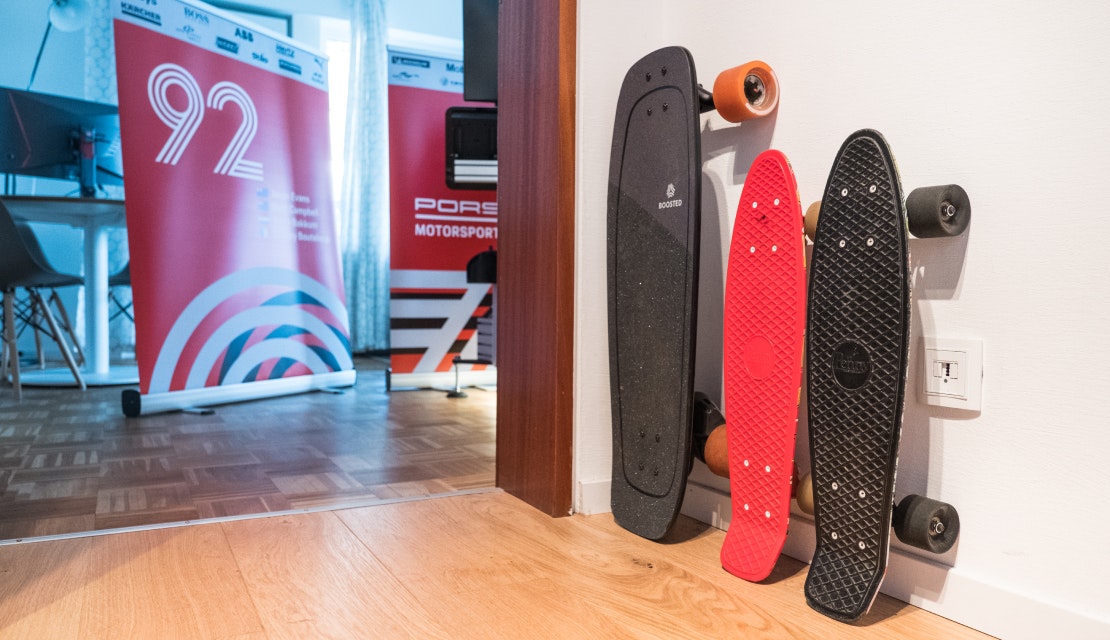 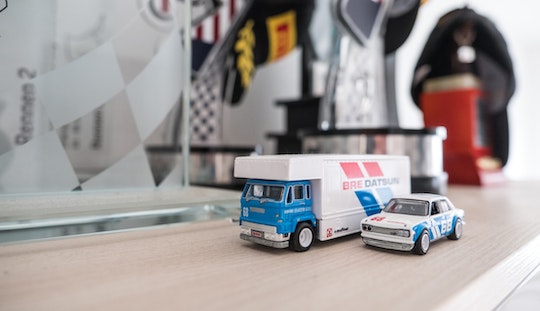 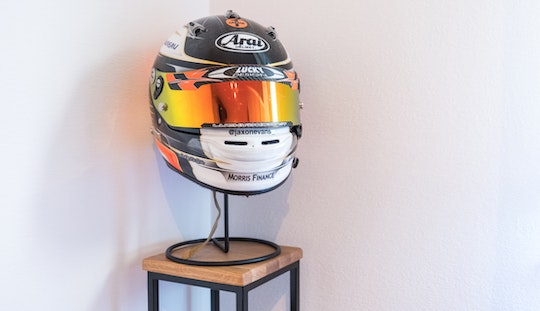 The race is still interrupted. Matt comes over and asks if he can sit in Jaxon's simulator. In the meantime, his own computer is also causing trouble. The safety net typical for an endurance race pays off: He manages to configure everything to work. Now nothing should stand in the way of another stint without any problems. Whether Porsche has tested for this case as well? We do not know. But we do know that they take it seriously. Jaxon adds: »The training in the simulator was even more extensive than in real life!« 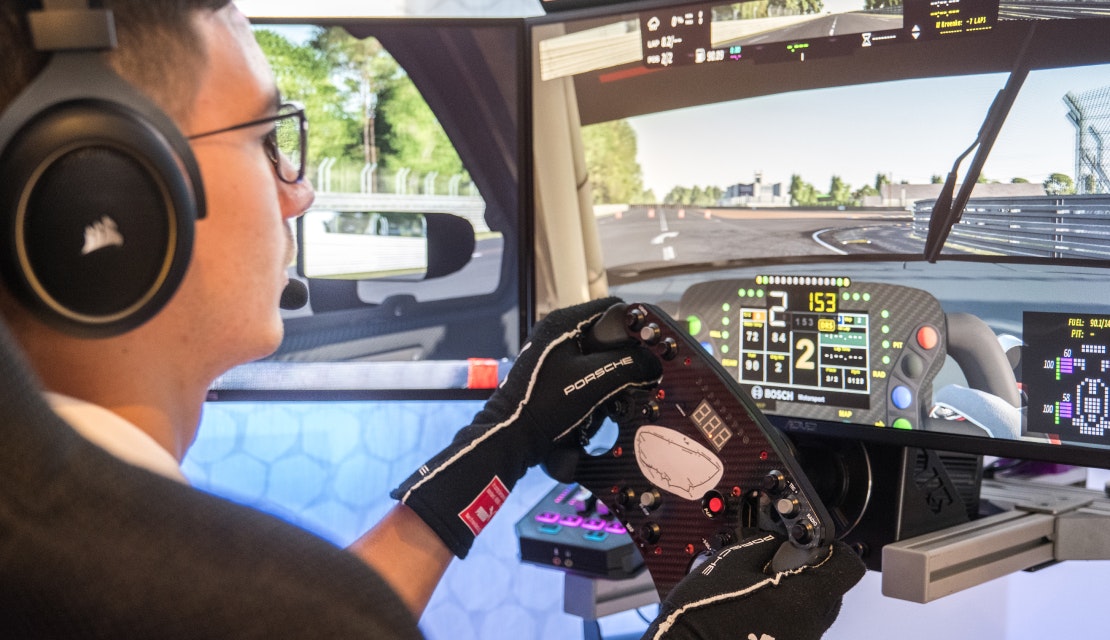 The sun has disappeared behind the vineyards, and night is coming. The race also finally continues: After half an hour of red flags and a longer safety car period the endurance classic starts again. And suddenly the small three-room apartment feels like the cockpit of a 911 RSR: the gear shift paddles click and heat spreads. But unlike the real car, it doesn't come from the engine, but from the processor and the screens. And the race to catch up on the podium starts all over again. 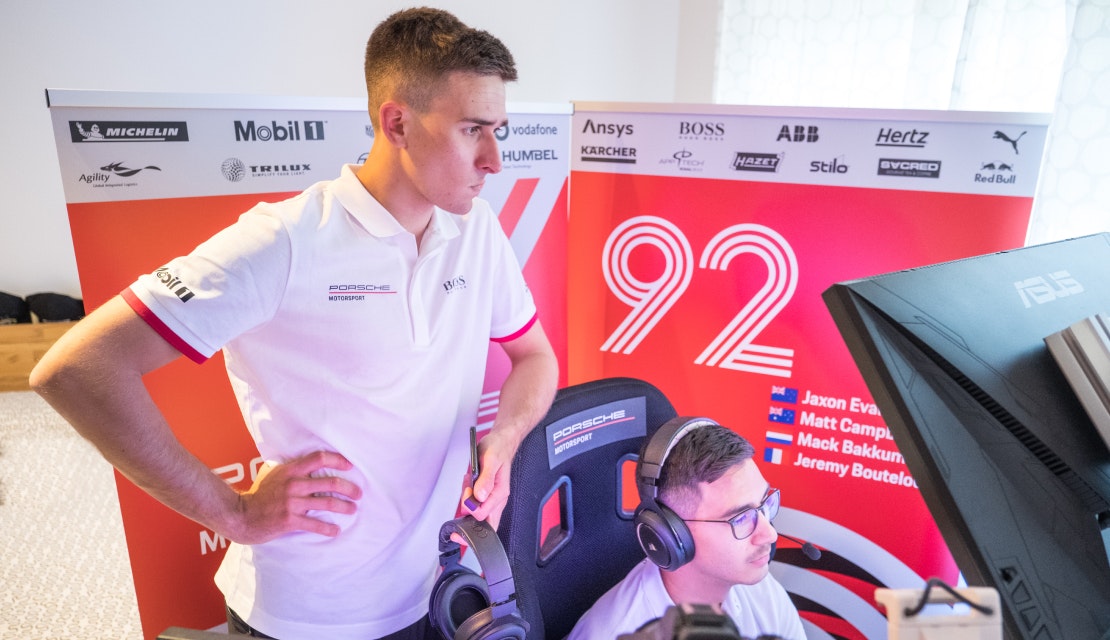 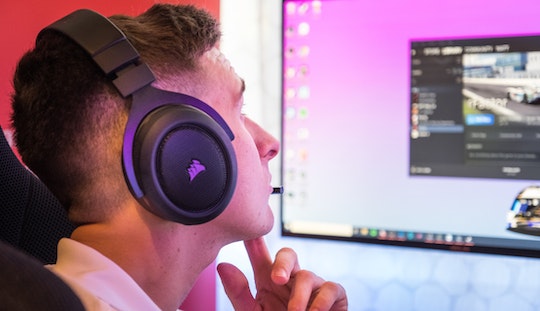 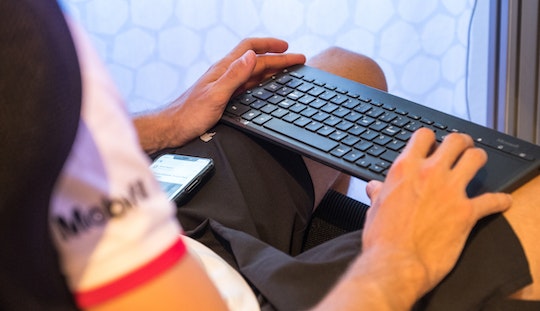 In the end, everything will last until a good hour before the end of the race on Sunday. Then, at about 2 PM, Le Mans will strike with full force virtually as well: racing directly behind the runner-up, the #92 of Matt and Jaxon has to swallow a disconnect. Means: ...the Internet connection is down, the car is be sent back to the pits. And a possible second place becomes the eleventh. The #93, however, is spared from all evil and drives to victory safely in the hands of Nick Tandy, Ayhancan Güven, Josh Rogers and Tommy Östgaard.