Ralph Lauren: The Porsche among the fashion designers turns 80

If you love good stories, you gotta love Ralph Lauren. This guy is just full of them. From his own resume to the fashion he creates to his cars. Porsche has a special role to play here: His passion for fast cars began with a 1979 930 Turbo.

Of course you can say a lot of good things about anniversaries. But the best thing is to let them have their own say. So, Mr. Lauren, what was it like in your childhood?

»I grew up in the Bronx. As a child I saw the world through a window - not the one that looked to the schoolyard where we played basketball, but a window to my dreams. Like most young people, I didn't know if I would ever achieve my dreams. My family was not wealthy. If you have to earn the money for a shirt or trousers yourself, you take nothing for granted.« This is how Ralph Lauren describes his childhood in the Brandbook, first published in 2007 and updated in 2017 to mark the 40th and 50th anniversaries of his Polo Ralph Lauren brand.*

He was born on 14 October 1939 in the Bronx in New York as Ralph Lifschitz. He describes his father as an artist who worked as a painter to feed his family. An artist as a craftsman. »Today, Ralph Lauren is such a successful craftsman that the whole world thinks he's an artist,« writes the Frankfurter Allgemeine Zeitung in its designer ABC about the fashion star. That describes Lauren's approach well. Honest work and perfect craftsmanship become great art, a description he can casually share with the sports car manufacturer Porsche. But more about that later. 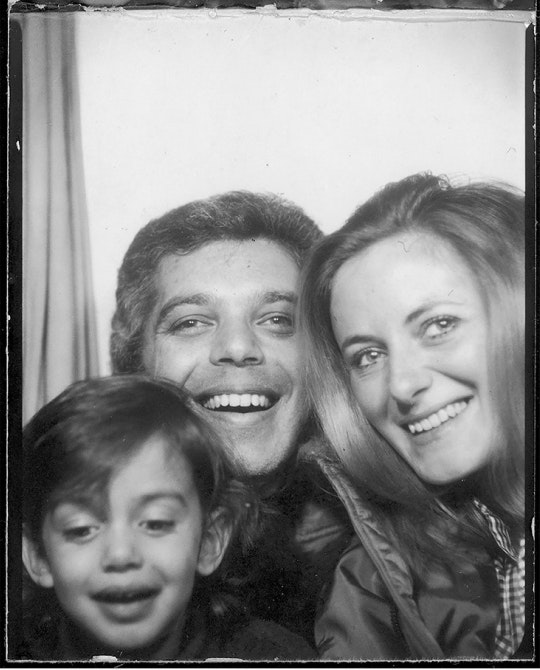 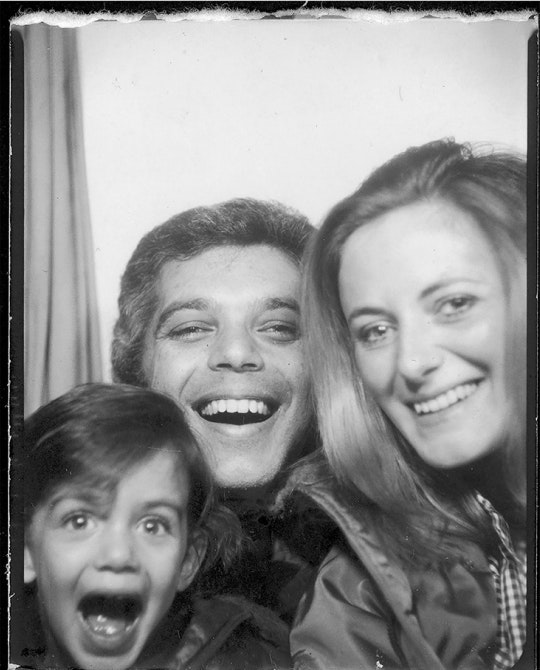 But let's stay with Ralph Lauren: »I remember that every day on my way to school I passed a shop window with a pair of blue suede shoes. I loved those shoes. I really wanted them, but I didn't have the money. I was looking forward to my birthday, hoping to get the blue suede shoes for free. In a way, I'm still the boy standing excitedly in front of a shop window longing for things out of his reach. Not necessarily blue suede shoes, but something beautiful, timeless that takes you into another world. «*

Ralph Lauren is looking for exactly these things. He couldn't find them in college. There he is exmatriculated after two years because of bad performances. Then he does his military service, and then he becomes a glove and tie salesman at Brooks Brothers, a men's outfitter in New York. Nothing new for him, he had already sold ties to his classmates in high school. But that's not enough for him. In 1967 he buys the rights of the Polo brand from his employer. A loan of 50,000 dollars makes it possible. Now, in fact, he is beginning to make his dreams come true. With ties that are colorful and wide and so terribly modern at the end of the 1960s and beginning of the 1970s that everyone wants them.

Ralph Lauren: »Personal style means knowing who you are, knowing what you believe in. It's about self-confidence. When I have that, I can wear anything I want, and express something personal about myself and my feelings with my style. «* 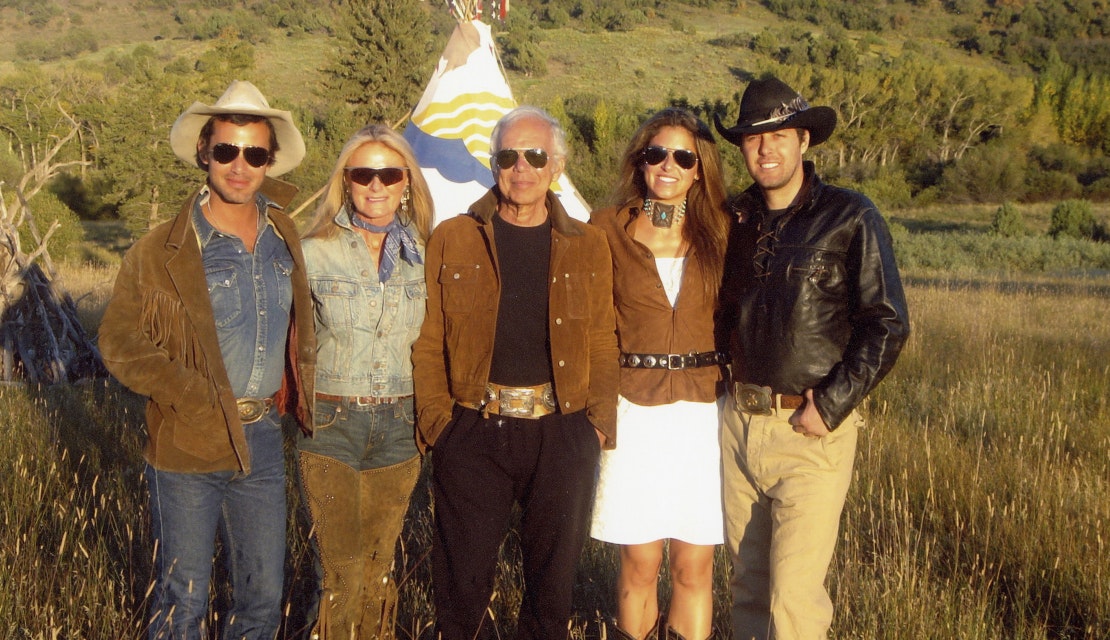 He does not lack self-confidence. Bloomingdale's, the New York department store, likes his tie collection, but they want it smaller and their own label on it. Lauren doesn't join in. Half a year later Bloomingdale's offers him his own shelf - with his own label. Because his collection is the fashion sensation par excellence. Steve McQueen is said to have bought 17 Ties in one day. And Lauren talks passionately about tie fashion with Cary Grant, who is 35 years older.

»When I went to the movies, a window opened into another world I'd never dreamed of. And I just immersed myself. During a Western I not only marveled at John Wayne on the screen, but I myself became a cowboy, a man on a horse. In a baseball game it was me who made a home run. The origin of my designs lies in things that people dream of. «*

Lauren will soon be working on these dreams himself. It is he who dresses Robert Redford for the film adaptation of F. Scott Fitzgerald's »The Great Gatsby« and designs an entire men's collection. The actress Audrey Hepburn later raves about Lauren: »He has given us the romanticism of the West, the glamour of Hollywood, the adventures of a safari, the purity of New England, the simplicity of a modern beach house, the richness of a chic property - only better than we imagined. 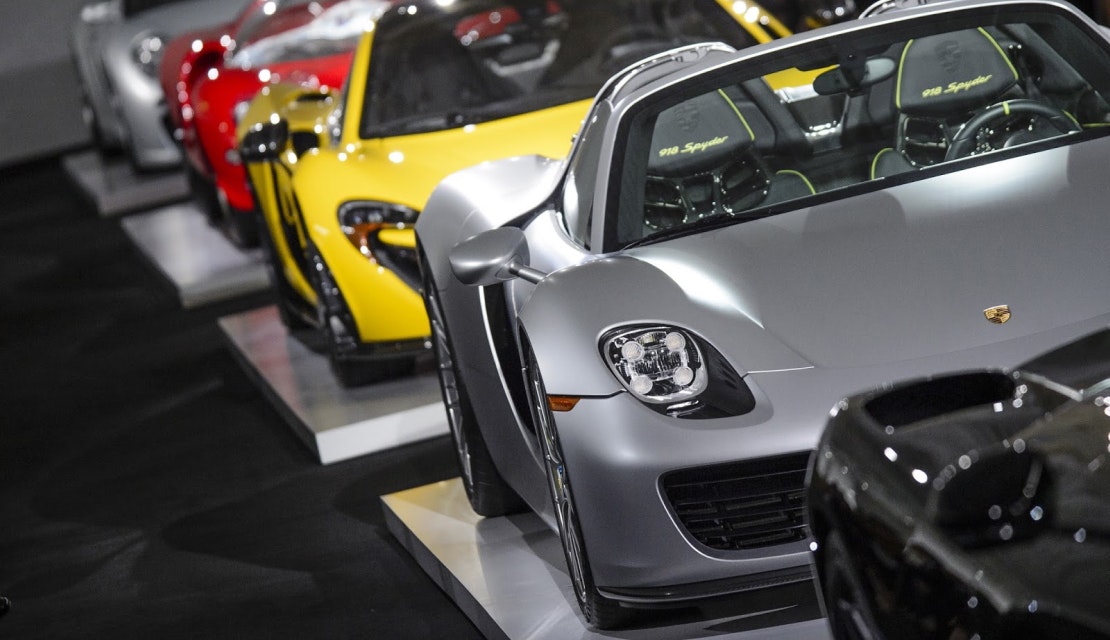 Lauren's car collection should also be better than many others. Two years ago he turned his garage into the catwalk for his latest collection, with more than 50 classic cars. In 2011, he exhibited 17 vehicles from his collection at the Louvre in Paris, including the iconic Bugatti Atlantic of 1938, the Bentley Blower of 1929 and a Porsche 550 Spyder.

His passion for fast cars also began with a Porsche: His first sports car was a black 911 Turbo of the 930 series from 1979. »After I bought this car, I became more and more enthusiastic about cars,« he is quoted in his own brand magazine, in which he praises above all the technological achievements of the vehicle. Absolutely understandable.

Ralph Lauren: »I love places and things that change us, that make us forget the world around us, be it just for a day, an evening or a moment. I love the romance of movies, cars, the lyrics of Cole Porter and Frank Sinatra. They all have one thing in common: They are timeless and immortal.«* Just like Ralph Lauren and his fashion are.