Porsche Roads: The journey is the destination

Sometimes idioms sound a little off - but they are often true. And in the case of Porsche »Roads«, the classic »The journey is the destination« actually hits the mark quite well: The app is designed to make the route in question particularly scenic - and to make driving fun as well. A self-experiment.

Luck is the only thing that doubles when you share it - they say. But what if you don't want to split your own Porsche in two? Then you just share the driving pleasure on a drive. Or your favorite route, which stands for exactly that. Both are possible with »Roads«, a route planning app developed by Porsche. It also connects like-minded drivers as a social network. A self-experiment in the only Porsche 968 Clubsport Cabriolet. 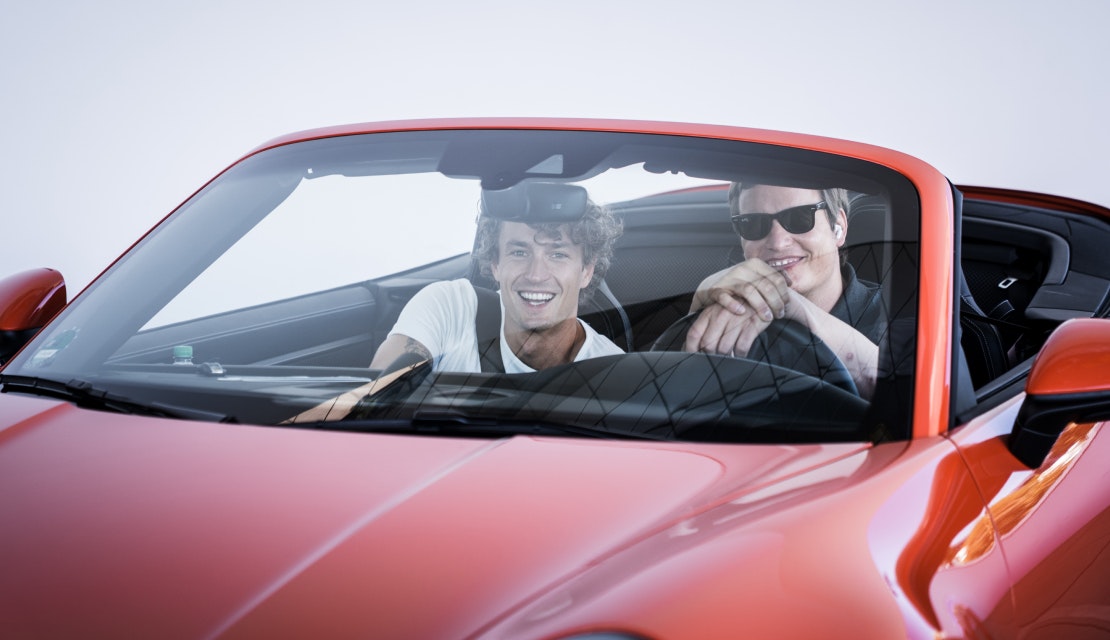 Arrival in front of the Porsche Museum - and thus a reunion with old and young acquaintances: because in addition to a wide variety of Porsche models and generations, Simon Lohmeyer and Daniel Fuchs aka Magic Fox will also be on the road trip together. Meet like-minded drivers? So far, »Roads«, pretty much exactly what it promises. 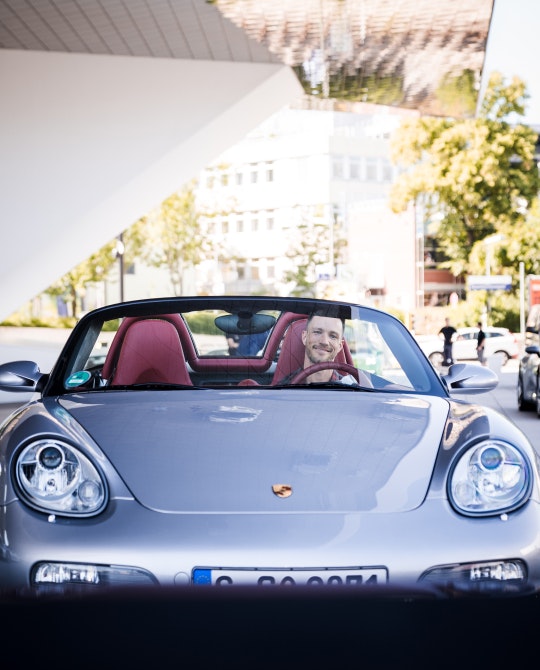 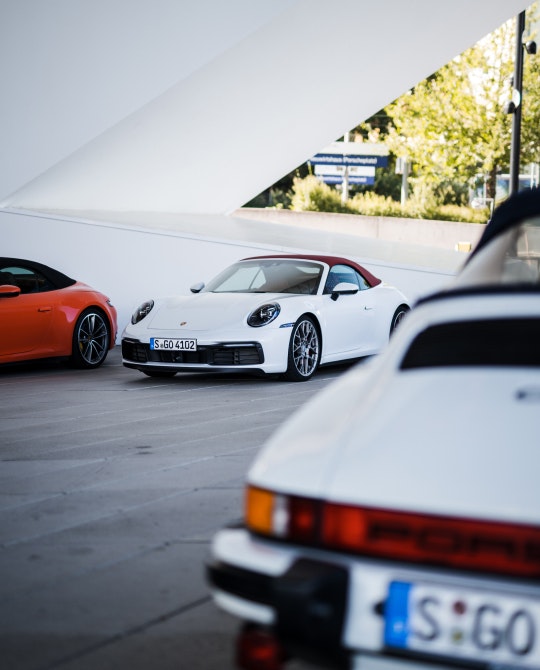 We start. As usual with Porsche, that goes without a hitch. The sound of our three-liter four-cylinder engine mixes with the well-known hissing of various boxers from historic and modern 911s. Even the distinctive sound of the Fuhrmann engine from a 356 convertible confidently joins in the background. Time for fresh air. And thus also time to open the top of our particularly purist 968. We roll off together. 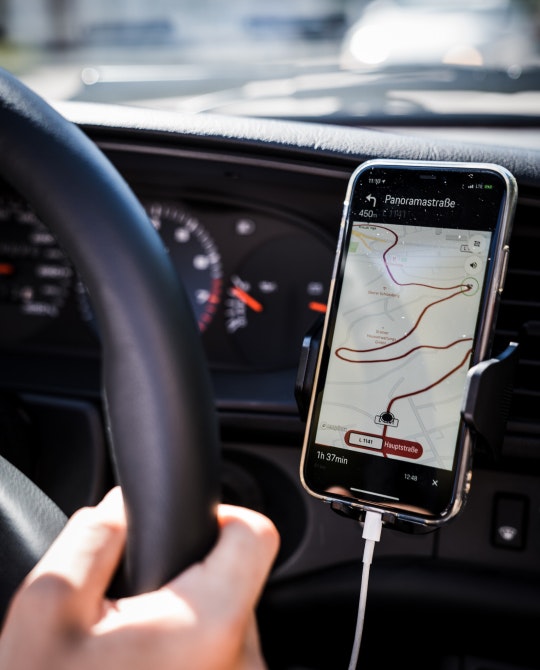 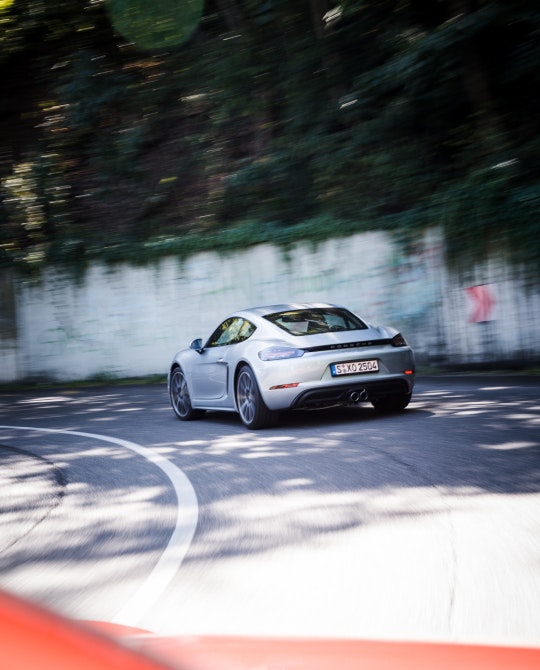 It soon becomes clear: Not only the vehicles (and especially our 968) but also the route was convincing today: the panoramic road leads us over serpentines up to the Schillerhöhe and out of Stuttgart. Passing Solitude Palace we continue in the direction of the Swabian Alb. At first still a bit hesitant, but on the uphill and winding country roads of the nearby low mountain range, the vehicles then show why they are considered sports cars. The troupe around Simon and Daniel fans out. 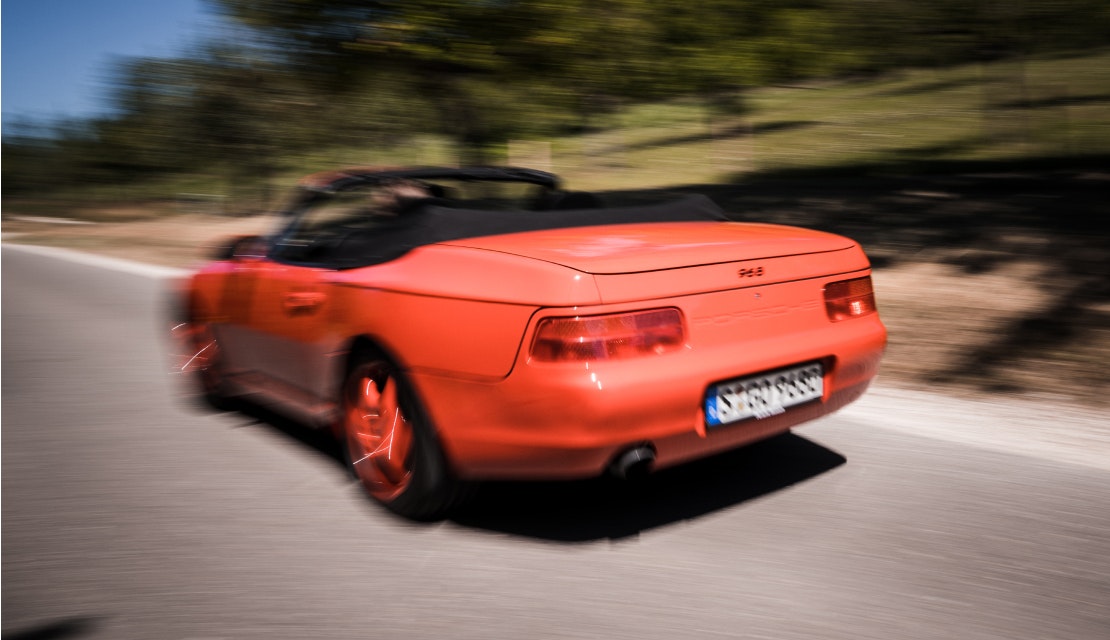 It's all going down. But we can't imagine anything better right now. After all, a successful road trip requires not only the right soundtrack of the engine and wind noises but also a speedy descent. And this is included in the route across the Swabian Alb we got designed for ourselves. The internally ventilated disc brakes grab hold and we float down the slope. A positive side effect to an impressive view: The destination in Pfullingen is getting closer. And with it the break we deserve after the active driving program 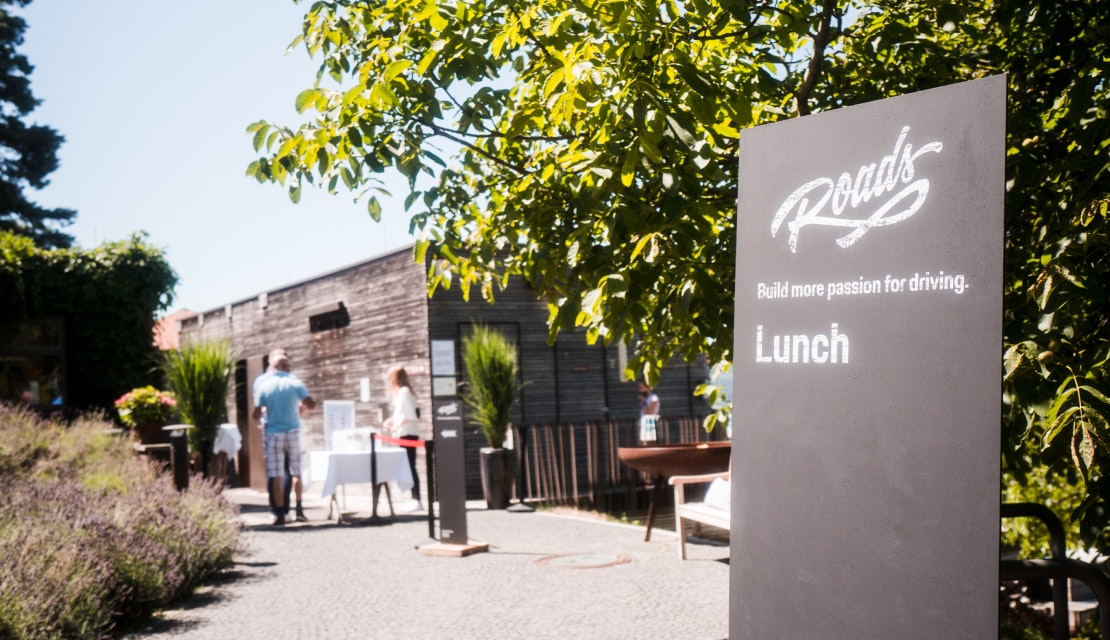 Time to refuel. Not for the numerous Porsches, but for their drivers. And with a great outlook - in the Waldcafé above Pfullingen. And? Yes, the café was listed in the app as the destination of our exit. But the journey was always the destination. So it is right