Porsche of the Day: Panamericana

Panamericana? No, that's not a Panamera with a typo. But the second part of the legendary »Carrera Panamericana« from Mexico. And also a small Spyder from Porsche, which caused a sensation at the end of the eighties. At the time, the study anticipated everything Porsche was going to do in the following years.

1989? It was the year of unity. No, we are not talking about German reunification - but about the Porsche Panamericana. Shortly before the end of the inner-German division, he united many things himself: The bold design and flowing lines of a sports car were joined by off-road mobility, the fresh air feeling of a convertible and the safety of a Targa. Everything was possible thanks to the all-wheel drive tested in the 964 Carrera 4, enough ground clearance and an innovative soft top. The occasion for the crossover designed by Harm Lagaay was the 80th birthday of Ferry Porsche. But it wasn't just Ferry that benefited from the 250 hp study built up in just a few months - it was also the upcoming 993 series of the 911. For example the roof structure of the Targa and the front lights. But the Boxster was also inspired by it. And the Cayenne? It followed the loose tracks of the Panamericana on loose terrain. The study itself never made it into series production - same as the unique Goodyear tyres with the embedded Porsche logo. Too bad actually. 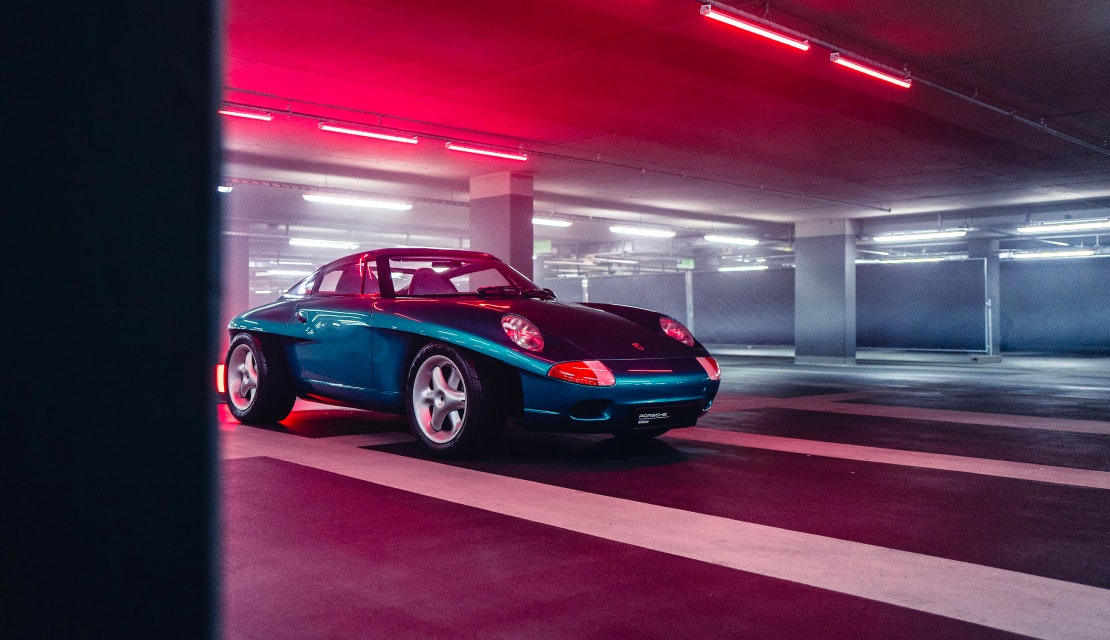