Our recipe against the autumn blues: Get out in to the fresh air and do some sports. For example at the wheel of the 911 Carrera 3.2 Speedster.

In a bad mood again? Especially effective are here a lot of fresh air and a bit of exercise - in other words, driving an open Porsche. For example the Carrera 3.2 Speedster from 1987. Once you take a seat in the prototype, you'll have your head free again pretty quickly. Free from a roof, free from a windscreen and also from potential co-drivers. At the end of the 1980s, the unique 231 hp model didn't only go without power steering - as was typical for the G model - but also without a protective glass in front of the driver. If you wish, you could even get along without a companion: the plastic cover for the open 911 only had an opening on the driver's side. Thus the first Speedster with the name 911 not only garantueed the calmness of its driver and paid respect to the 550 Spider from the 1950s, but also paved the way for its first series siblings, who shortly after it rolled into the limelight of the IAA. And which, like the study, will provide a breath of fresh air - on the market as well as around the ears. 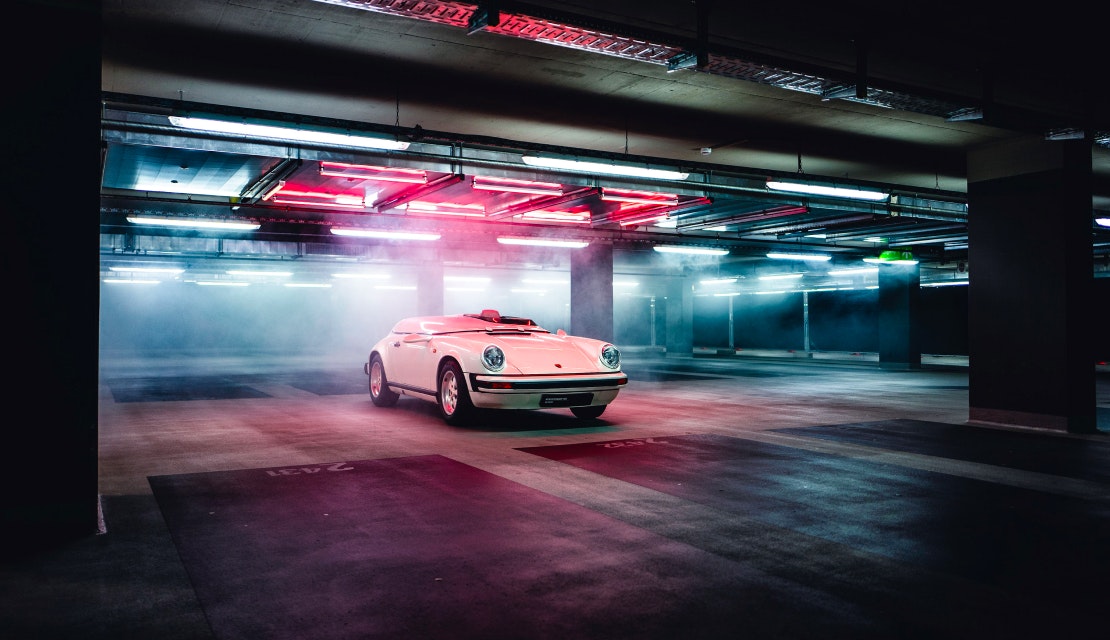