The engines designed by Hans Mezger win Formula 1 world championships and compete in Le Mans victories. Among the outstanding designs of the ingenious engineer is the engine of the 911. Hans Mezger has been working for Porsche for 37 years. On June 10th, Hans Mezger passed away at the age of 90.

Whether it was at the joint celebration of the 50th anniversary of the Porsche 917 in 2019, Retro Classics or Solitude Revival. Hans Mezger is there. reserved, polite, always awake and open for conversations - and for his advanced age quite handsome. He is visibly pleased about the interest in his designs. First and foremost in the racing sports car of the century, the Porsche 917. It is not without pride and a quiet smile that the engineer talks about the interest shown by colleges, universities and engineering associations around the world in this racing sports car, which was used in various versions from 1969 to 1974. He has given more than 150 lectures to engineers and students. The most important topic: The powerful twelve-cylinder engine which, thanks to exhaust gas turbocharging, delivers well over 1000 hp. Hans Mezger himself considered it his greatest achievement to have given the principle of turbocharging a responsiveness that allows racing cars and production vehicles to be used on all race tracks and public roads. 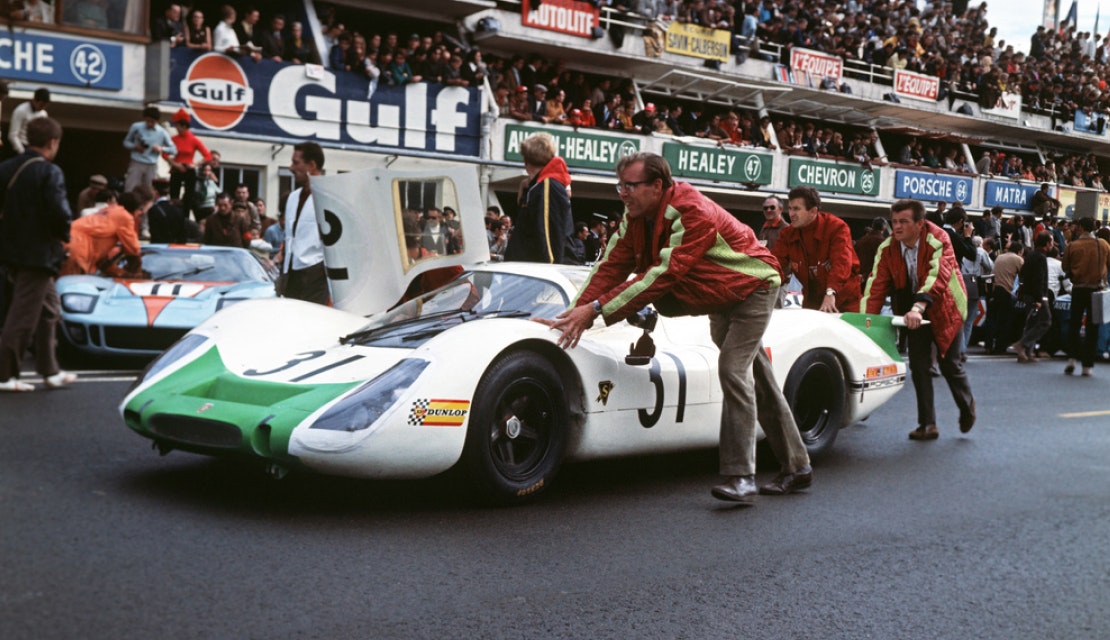 A look far back: In 1956 good engineers are sought after in the country. One of them was Hans Mezger, born in 1929, who had just completed his studies at the TH Stuttgart. He had 28 offers, one from Porsche was not among them. "But I didn't want to join a huge corporation, I wanted to join a small company," he once said. Porsche fits. He applied and was hired in October 1956. He stays with Porsche for 37 years. The "Calculation Department", was his first workplace. “IThe department was expanded by 50 percent, with me we were three men." 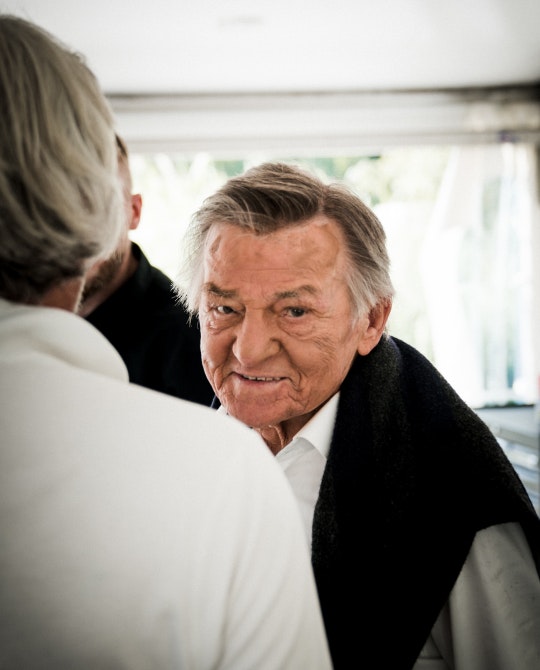 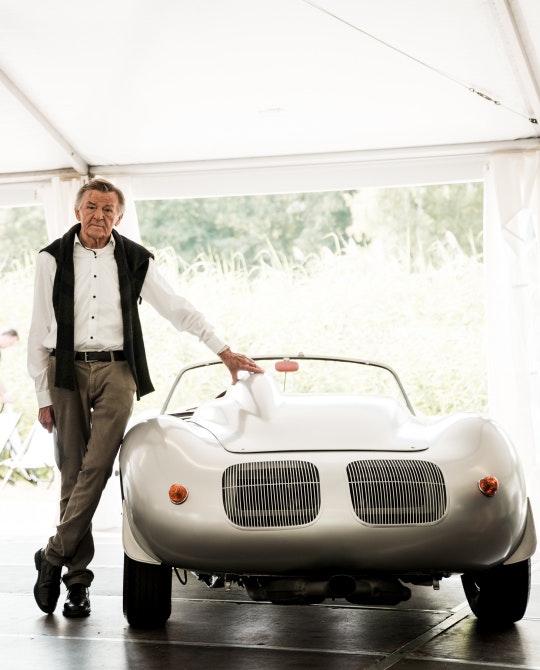 Many things were calculated in and around the engine, the graduate engineer dealt specifically with the subject of valve control. Hans Mezger worked from 1960 to 1962 on the 1.5-liter eight-cylinder Formula 1 engine, which won the French Grand Prix in Rouen in 1962 with Dan Gurney at the wheel. When Porsche withdrew from Formula 1, he joined the team of engine designers. Result: The engine of the 911, the 1963, the new Porsche is presented at the IAA in Frankfurt. 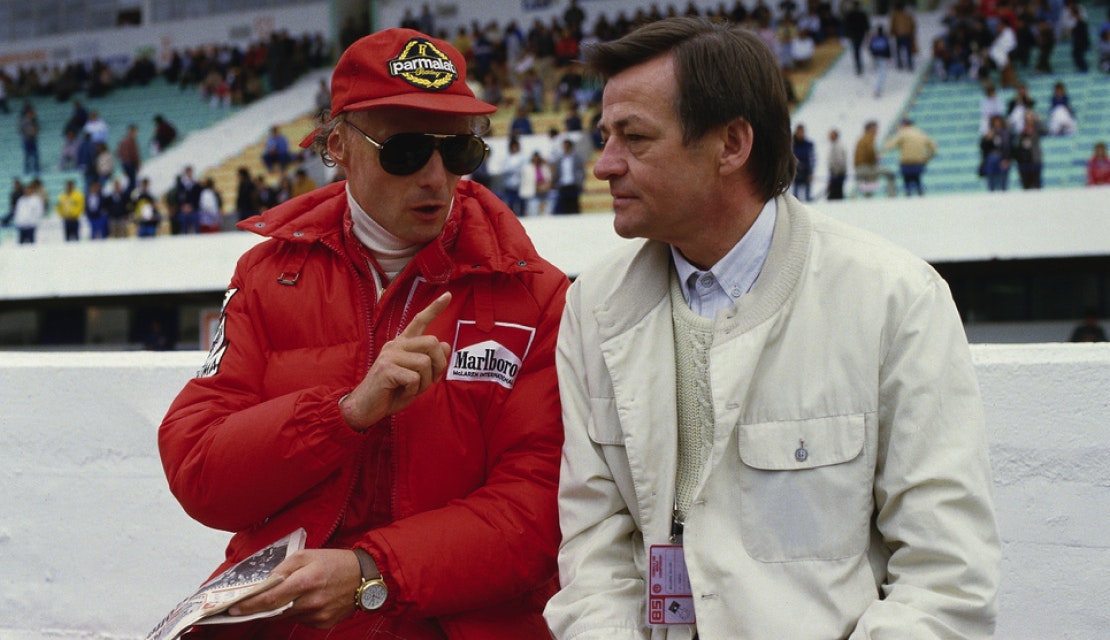 A freelance project gives Porsche a lot of glamour in Formula 1. For the TAG Group of the Arab Mansour Ojjeh, Mezger develops a Formula 1 engine with a capacity of 1.5 liters and around 1000 hp. McLaren uses the TAG Turbo between late 1983 and 1987. The results: 25 Grand Prix wins and three world championships for Niki Lauda (1984) and Alain Prost (1985, 1986). And again the 911 . "Never in the history of the automobile has there been an engine like the 911," said Mezger, "First of all, there is the construction time of many decades, which at best was the case with the VW Beetle. Secondly and most importantly, its versatility. There is nothing comparable in the world. Hans Mezger refers to a performance range from 130 hp of the engine in the first 911 to 845 hp in the 1978 "Moby Dick". For the designers, the differences between 2 liters and 3.6 liters or 130 hp and 845 hp were not so drastic. Hans Mezger: "It was always the same engine! “

In the last weeks Hans Mezger was not doing so well anymore. But he enjoys talking on the phone with companions from his long and so impressive career at Porsche. The ingenious designer passed away on June 10th 2020. 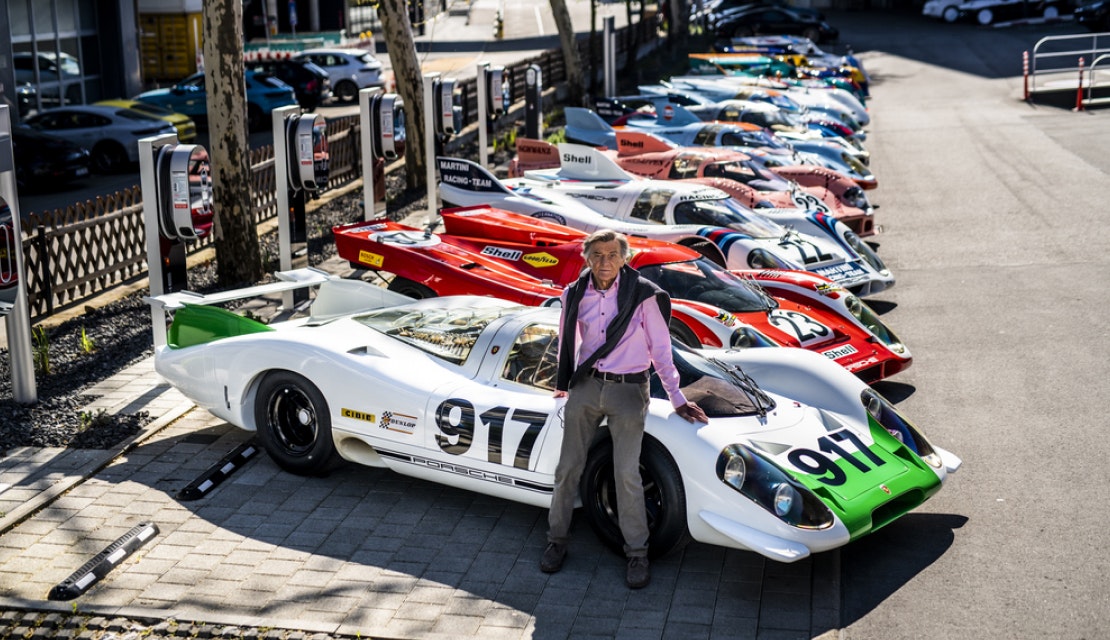