Porsche and the Turbo principle

Sometimes it's good not to know too much about something. You approach the whole thing with a more open mind. This is how Porsche developed the Turbo in the 1970s. And it is still synonymous with Porsche today. A look back.

The Turbo has had an amazing career. From the technical accelerator it has penetrated as a term into many areas of society. Today, the turbo is not only used for the Turbo-Abi. Also on the stock exchange and in IT, in politics and the media anyway. If a product is to be perceived as particularly powerful, the term »turbo« is often attached to it, regardless of whether it is a graphics card, safety shoes or pram. Turbo? Is the best, fastest, strongest!

When Porsche designer Hans Mezger and his team begin to make the turbo roadworthy, the technology is still far from being adapted, both technically and it peoples vocabularies. It is the early 1970s: Porsche has just clinched the first two overall victories at the Le Mans 24 Hours with the 917, when the FIA, the motorsport association, tightens the regulations for the brand world championship by setting a cubic capacity limit. As a result, Porsche's plans to withdraw from these and enter the American CanAm series are maturing. For this purpose, a large-volume naturally aspirated engine with 16 cylinders is initially under consideration. It delivers 755 hp to the wheels, runs well, but turns out to be cumbersome. 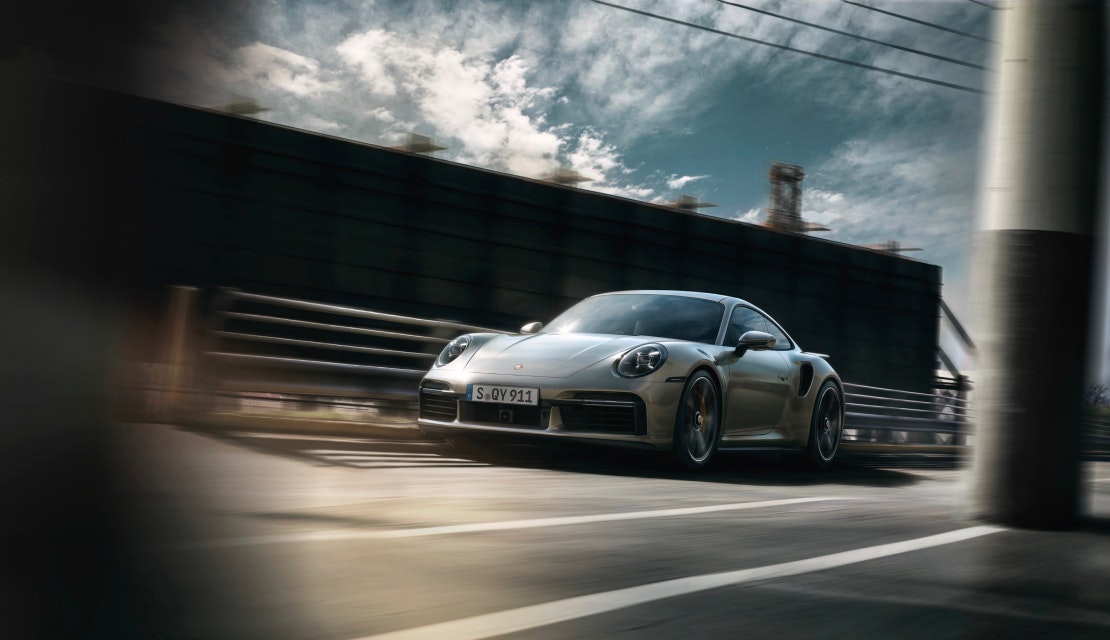 So another way of increasing performance is being sought. After all, everything is allowed except gas turbines. »The regulations offered a great deal of freedom for creative work, and we intended to make active use of it«, Mezger recalls in his biography »Porsche und ich«(»Porsche and I«) published in 2013. There he describes how Porsche engineers are breaking new ground by focusing their attention on exhaust gas turbocharging technology. »We were aware that General Motors and BMW, among others, had been working on it, but success was limited,« reports Mezger. Nevertheless: Turbo engines promise tremendous power delivery. You just have to learn to control it.

The exhaust gas turbocharger was patented all the way back in 1905. The principle: the exhaust gases flowing from the engine set a turbine in motion. This in turn drives another turbine on the opposite side of the turbocharger, the intake tract. This turbine compresses the intake air. When pressurised in this way, more air and correspondingly more petrol can be fed to the combustion chambers of the cylinders. The result: The performance of the engines increases dramatically. Since then, resourceful engineers have been constantly using the flow of exhaust gases. In aviation, to compensate for the thinner air at high altitudes, as well as in shipping or locomotive construction and stationary diesel power plants. 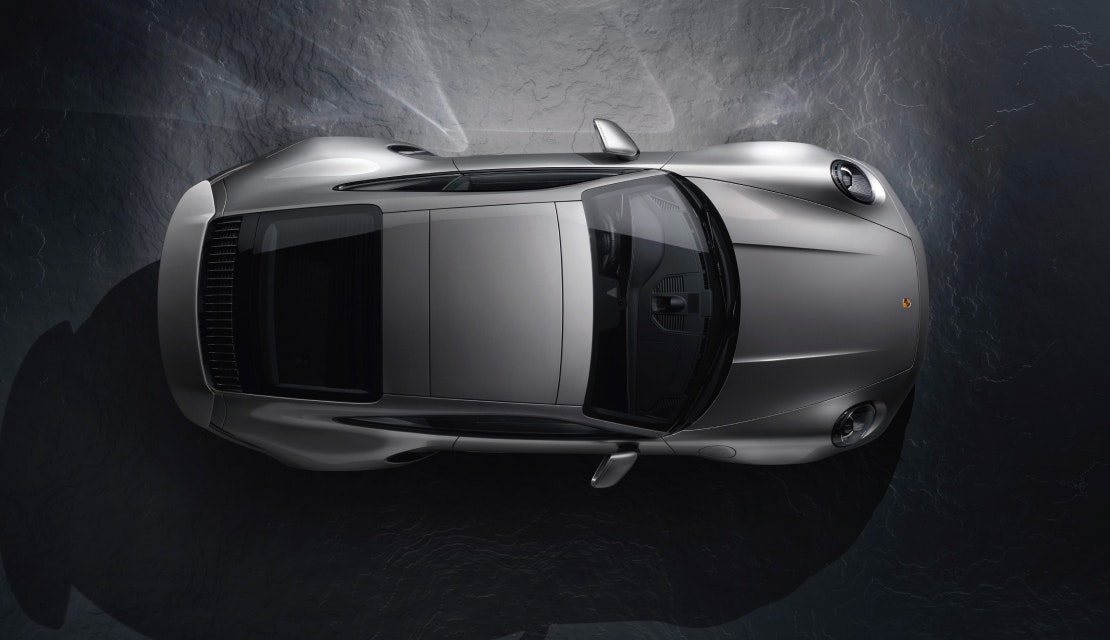 In the 1960s, the turbo gets into the car. In the USA. With modest success in series production. With great success on the high-speed ovals, however. From the mid-1960s, Fred Offenhauser's engines with their huge turbochargers took 27 victories in the Indy 500. Designed for high-speed courses, the »Offys« offered enormous power, but had a desolate response. After stepping on the accelerator, nothing happened at first, but after between one and several seconds later the power kicks in so brutally that it is almost impossible to control. An application on winding roads? Absolutely unthinkable.

Mezger and his colleagues from the racing department also observe this. Their own tests make it clear: »This way we wouldn't stand a chance against the high-capacity naturally aspirated engines on the twisty CanAm tracks,« reports Mezger. An idea is needed. »Maybe it was even an advantage that we didn't have any experience with the technology ourselves. That way we were more open to new ideas and more critical of the state of the art.« And they came up with an ingenious idea: a bypass solution that directs the turbo power derived from the exhaust gases into controllable trajectories by bypassing the turbine. »Neither we nor the charger manufacturers had any experience with bypass control of boost pressure,« Mezger writes. So it took understanding, ideas - and a lot of trial and error. Willi Kauhsen, the turbine test driver, was in continuous operation. 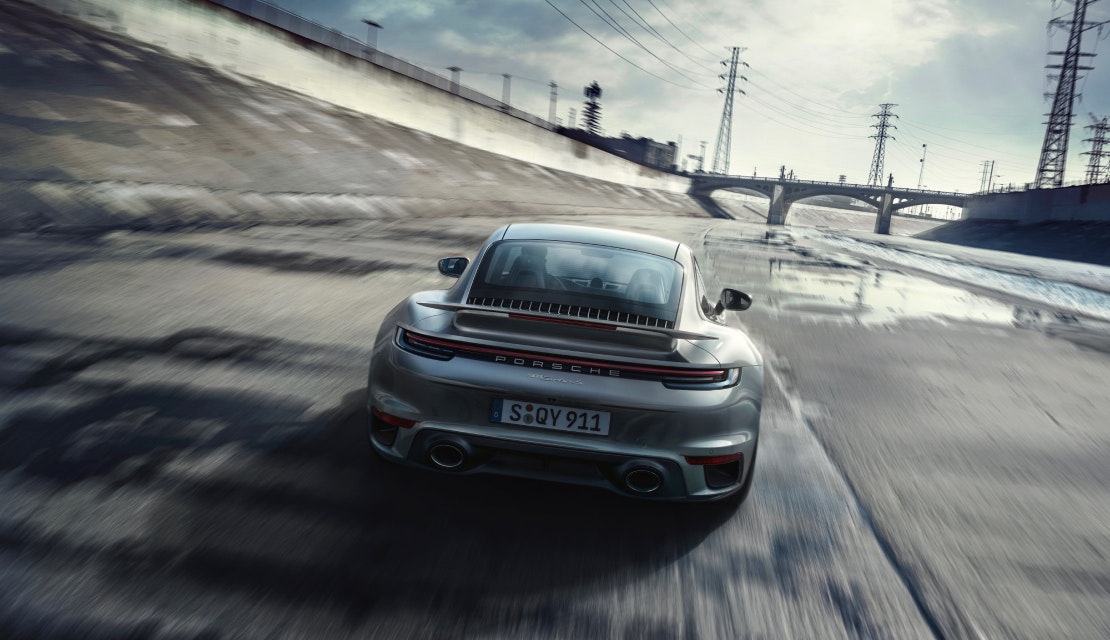 But more important than the race wins: Porsche had slipped into the role of the turbo-pioneer. So it was only logical to transfer the technology that had been successful on the race track to the 911. This time the regulations helped to create an icon. Because due to the oil crisis the FIA now put the brand world championship out to tender for so-called production racing cars. 400 vehicles were necessary for homologation. It was the birth of Porsche's first street-legal turbo sports car, the 911 Turbo 3.0 with 260 hp. In 1975 it was presented in the USA. It becomes a successful model. Because in order to achieve the 400 homologation copies required, Porsche relies on a combination of high performance plus comfort. That is what counts. By the end of production of the air-cooled engines in March 1998, Porsche had sold 32,335 turbos. 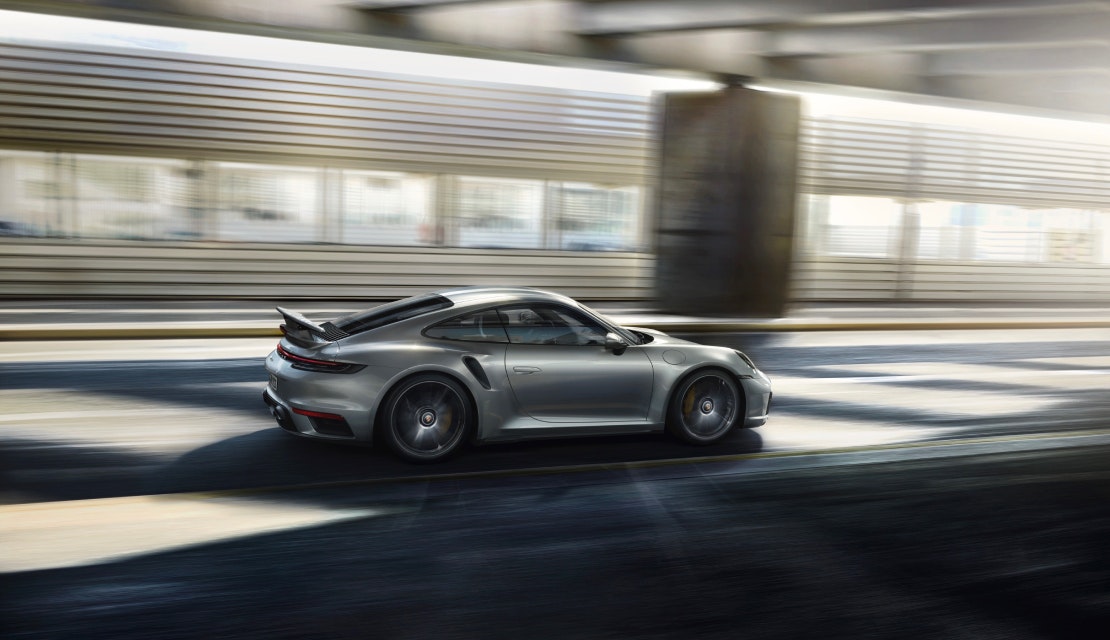 By this time, the term turbo had also undergone a fundamental transformation. From a technical term for technicians, it has become synonymous with Porsche. The development finally continues seamlessly. In 1977, the 911 Turbo 3.3 already achieved 300 hp thanks to an intercooler. And the last air-cooled turbo of the 993 generation comes with new biturbocharging. This boosts power to 408 hp and offers even better response with a more homogeneous torque curve. In between lies the winning streak in Formula 1 with the V6-TAG-Turbo »made by Porsche« designed by Hans Mezger. McLaren rushes from victory to victory with it between 1984 and 1986, winning two constructors' and three drivers' titles.

Even after the Hans Mezger era, the turbo remains the measure of all things at Porsche. The next milestone follows in 2006. As a pioneer of turbo technology, Porsche introduces the world's first VTG turbocharger for petrol engines into series production. The 911 Turbo of the 997 generation thus delivers 60 hp more than the engine of the predecessor model - with an unchanged displacement of exactly 3.6 litres. Adjustable guide vanes in the exhaust gas flow make it possible to benefit from the advantages of both a small and a large exhaust gas turbocharger. 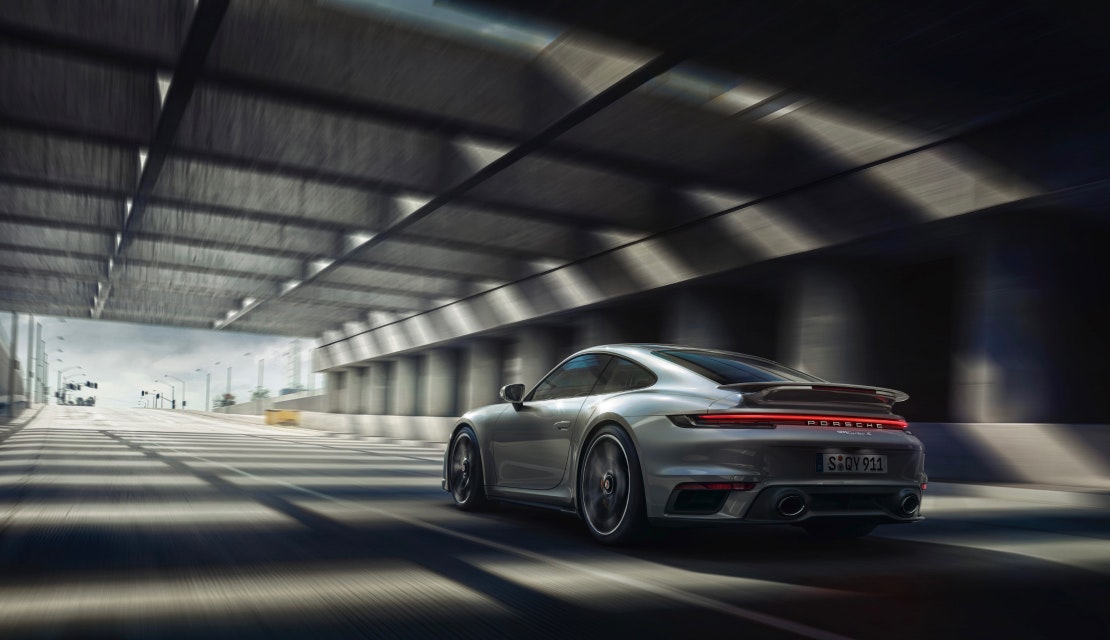 Porsche still uses this technology today. This is also the case in the recently presented 911 Turbo S of the 992 generation. With 650 hp, it represents the current pinnacle of turbo engine development. »In the 911 Turbo, experiencable elemental forces, dominance and technical fascination are combined,« says Frank-Steffen Walliser, today's head of series production, about the top model.

The turbo principle as the highest of all feelings. The pinnacle of performance, dynamics, power. Nothing more is possible. It is the maximum. Not only in terms of power development and speed. But also in terms of efficiency. Today, turbo technology not only ensures top performance, but above all optimized fuel consumption. Against this background, it is understandable that the Taycan electric sports car is also refined with the model name »Turbo«.