To call art aloof is not charming. In the case of Felipe Pantone, however, this is quite true. For with »1NTR3PID«, the artist with Argentinean roots unleashes a flying sculpture on the Spanish sky.

To stand out from the others as an artist? Sometimes it seems almost easier to reinvent the wheel. But you can also do it like Felipe Pantone and reinvent flying: With the 1NTR3PID, which is both an airplane and an art object. Thanks to the hypnotic black and white lines that are typical for him, a »Sky Sculpture« is created in combination with a colorful pixel pattern. And this in the style of »ultra-dynamism«. Says the Argentinean-Spanish artist himself. That a Carbon Cub is used for the artwork? A perfect fit. Because it is not only a modern high-performance aircraft for adventurers, but also the reinvention of the legendary Piper Super Cub. But in ultra-dynamic carbon, with a 180 HP engine and the latest technology. 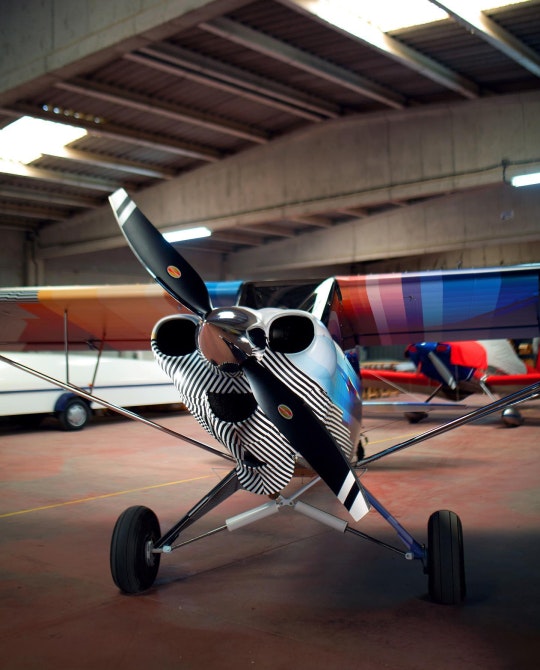 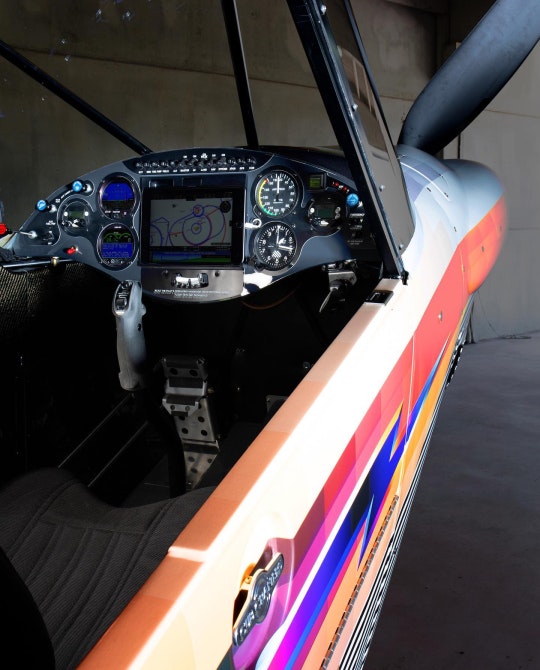