Air out? Style in. This must have been what the interior designers from Waterfrom Design thought when they designed the new office building for Jing He Science in Taiwan. Because for the interior, the experts recycled gas tanks from the technology company.

Hit the gas: Can one do in sports car, but also in design and interior decoration. The »Waterfrom Design« design studio in Taoyuan, Taiwan, has demonstrated how the latter works. And it does so with recycled pressure tanks from its client »Jing He Science«, which are moving from the gas supplier's laboratories into its newly designed office. Transformed into furnishings in the »Ideal Gas Lab«, they thus make the corporate identity, but also the invisible goods of the company, perceptible. 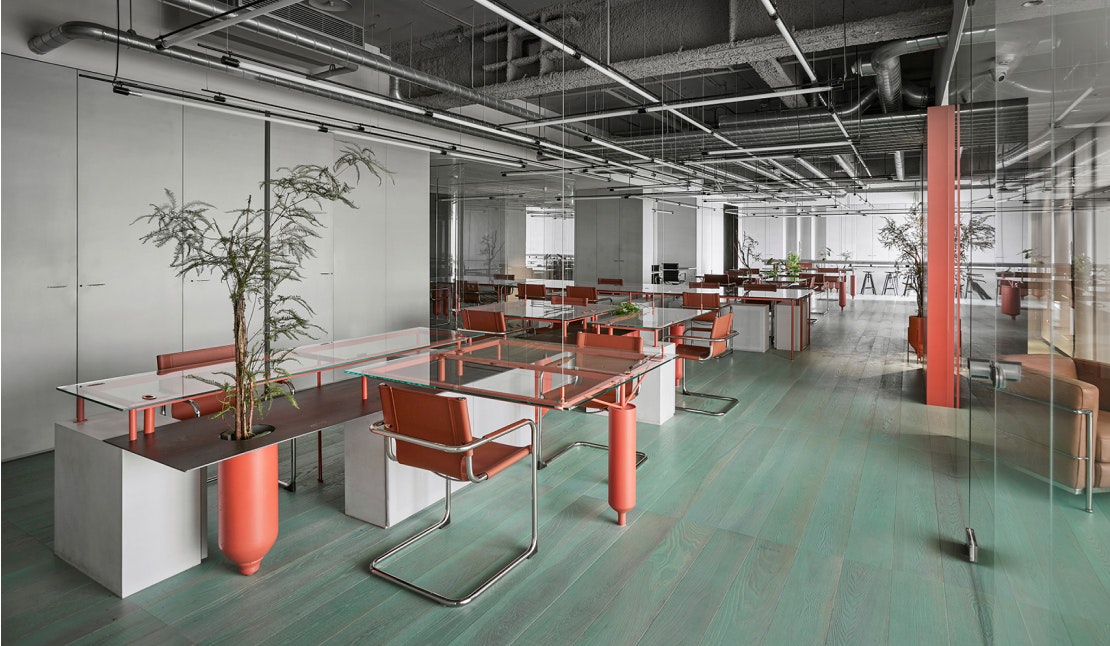 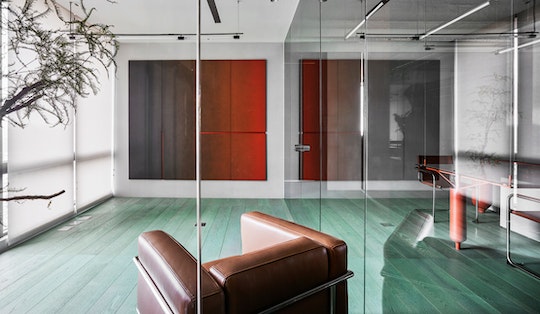 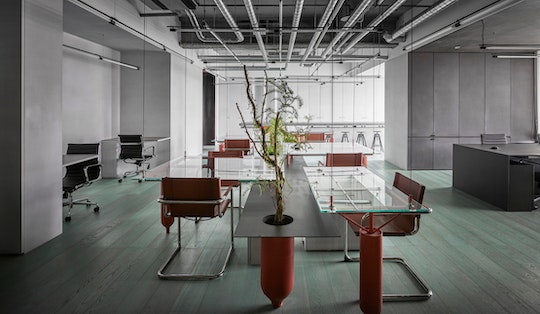 The pleasing and also visible by-product: A clear and aesthetic interior with a touch of industrial chic. In addition to design classics such as a Le Corbusier and elegant cantilever chairs, the interior designers also use the aforementioned technical lines and containers. On 270 square meters, they experience a renaissance as table legs, as pure eye-catchers, but also as containers for office plants. And they are also integrated in all areas of the new building: From the meeting room to the office to the supervisor's room, the striking orange colored containers can be found everywhere. 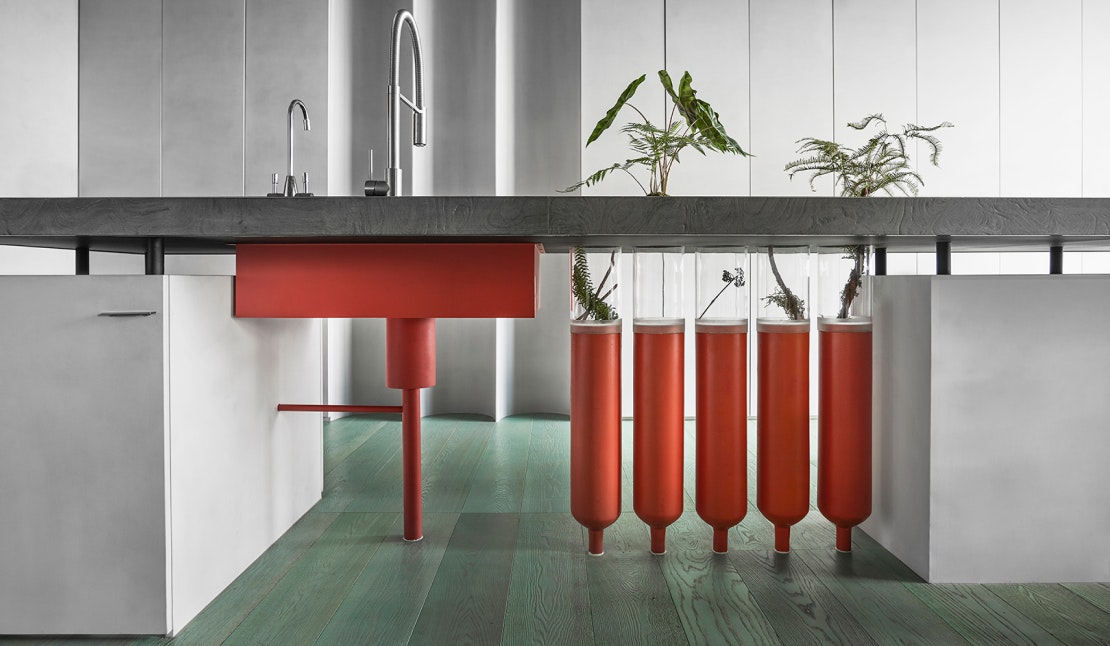 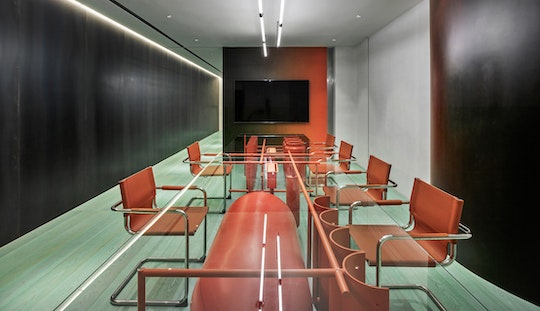 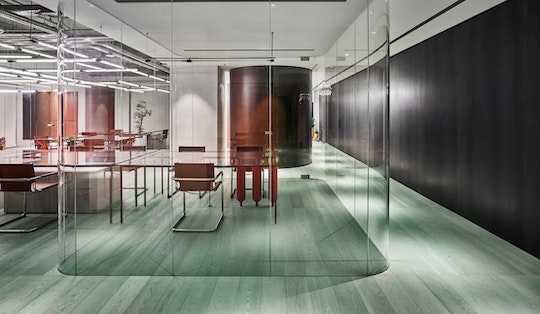 But the concept of »Waterfrom Design« goes even further: The familiar shapes are rearranged and broken up. As in the conference room, where the tanks are found in halved form and mounted crosswise. The color scheme is also well thought-out: The energetic orange, which is present on tanks and chairs, not only stands for the scientific equipment of the laboratories, but also embodies the high-temperature gases. In contrast, the green-blue floor and the partly black walls symbolize lower temperatures. Pretty cool, we think. And motivated by so much style in the workplace we keep on giving gas as well. No matter if behind the wheel or the work desk. 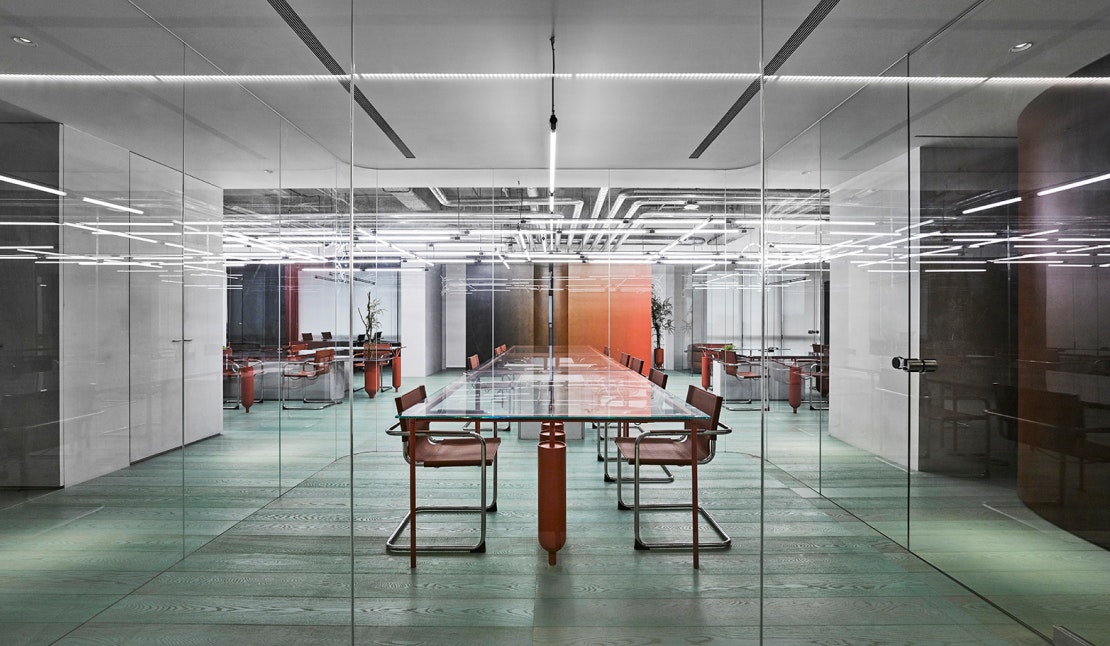