(Not) A Gamble: Porsche at the GT World Cup in Macau

The largest casino in the world is 6.12 kilometers long, pretty narrow and damn fast: It's Macau, a player's paradise and GT World Cup venue. Last weekend, the 911 GT3 R of Team Rowe Racing finished second and third. This is not only impressive in terms of the result, but also visually, as photographer Marcel Langer shows us. He puts his race weekend into words and pictures for us.

»Macau is not only a challenge for the drivers, but also for us photographers - especially when you're there for the first time like me! A classic street circuit and yet totally unique: The city is always super busy, typical for asian cities. But not only when there is a break outside on the track, but also during the race. In order to get to your photo spots, you have to be very careful in city traffic, which flows pretty much undisturbed. On top of that, you can't find everything right away, because it's sometimes really complicated to make your way around. Some paths are short at first glance, but lead you into nowhere. Others look totally awkward at first, but are the right ones. You're not allowed to cross the track, not even when there's a break. And without a local guide, it's almost impossible to get to all the spots you need for your pictures.« 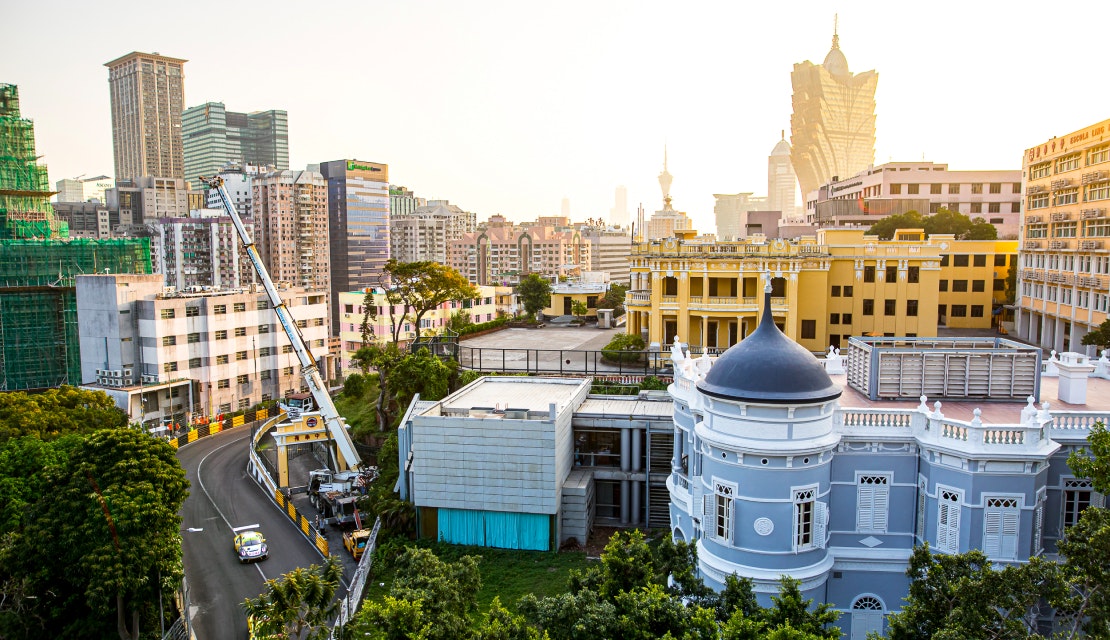 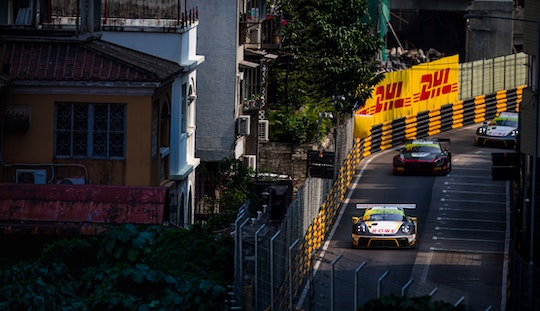 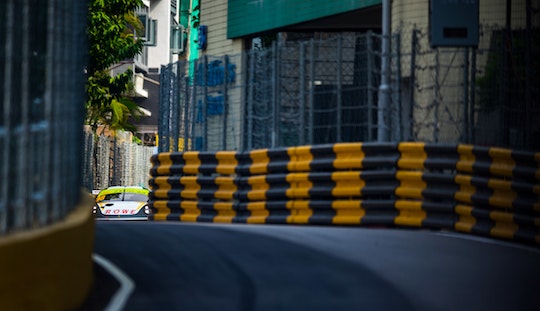 »Also the accreditations are special here: There are three levels with different authorizations - similar to the racing classes. The official photographers are allowed to go almost anywhere. Then come the ›normal photographers‹ like me, who are only allowed to go to certain photo spots. And then there are the very special ones, they are allowed to do even a bit more than the first ones. In this case you simply have to accept the differences - arguing with the marshals doesn't get you anywhere. But that's the challenge, just like in motorsport itself: To deliver the best possible result within the applicable rules!« 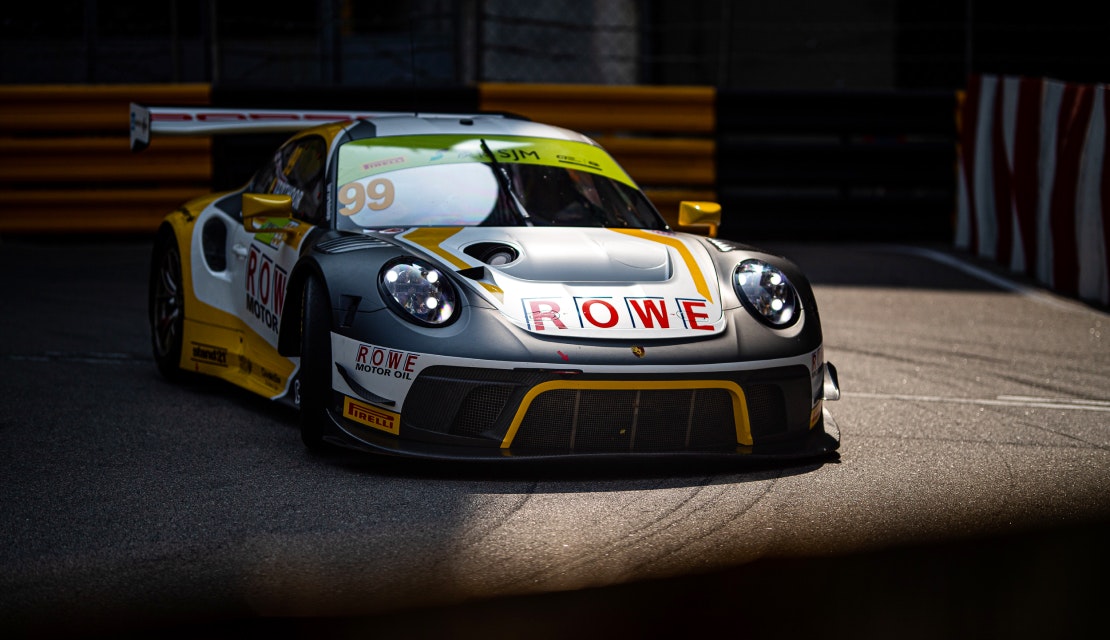 »To be successful on such a difficult track, you need a strong team behind you. Like Laurens (Vanthoor) and Earl (Bamber) at ROWE. They really impressed me. There's no other way if you want to be with the music right from the start. No matter if training, qualification race or the main race. Even if they are only second and third in the final result - it was really nice to work with such a team. Teamwork is also the trump card for us photographers: For example with the photo agency ›Gruppe C‹ for me. And of course with the guides that got us through the city.« 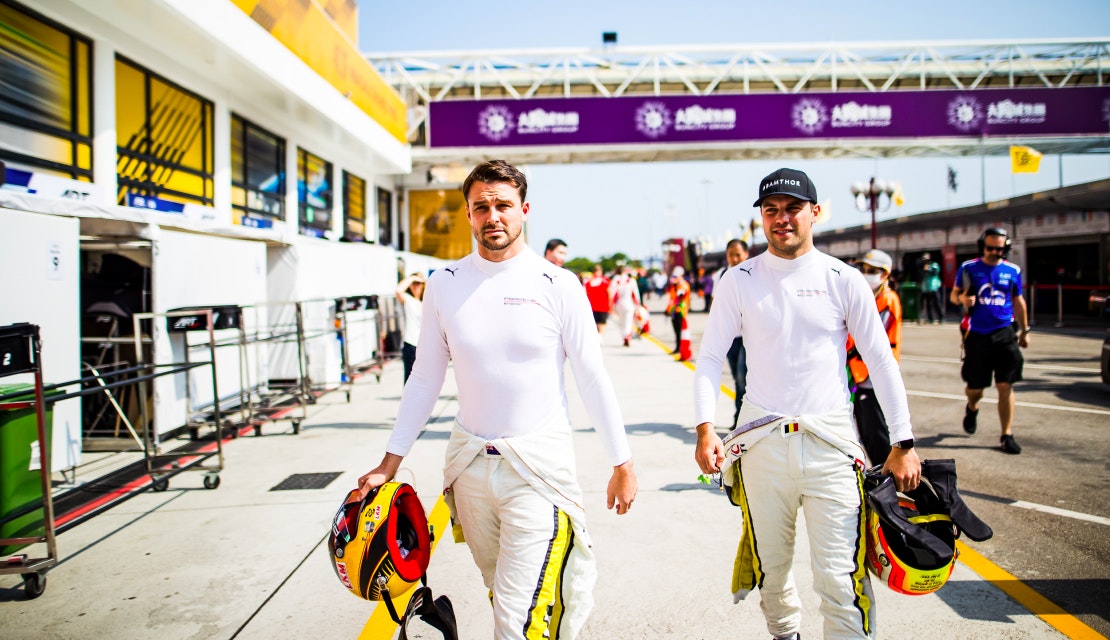 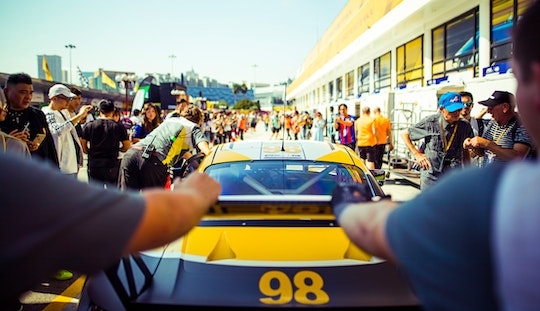 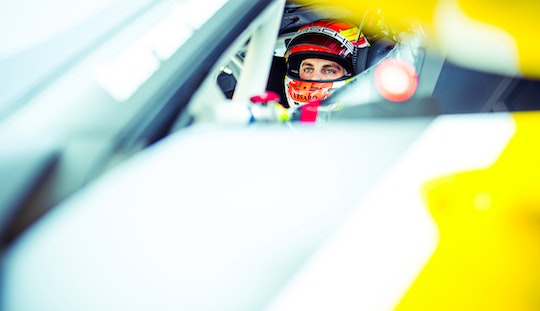 »Of course, luck also plays a role here in the casino city. Porsche dominated the weekend, but didn't win. Why? They were missing a little bit of good fortune in the last qualifying round, because suddenly yellow flags were waved. Laurens couldn't finish his lap and narrowly missed out on pole. Under normal conditions, he would probably have cracked it, but that one stupid coincidence pulled through the whole weekend and ultimately cost him the victory. Except for »Lisboa«, you can hardly get past the other cars - and only if someone makes an error. Laurens, Earl and Porsche didn't make any mistakes - but in a city dominated by gambling, you just need luck on the race track.« 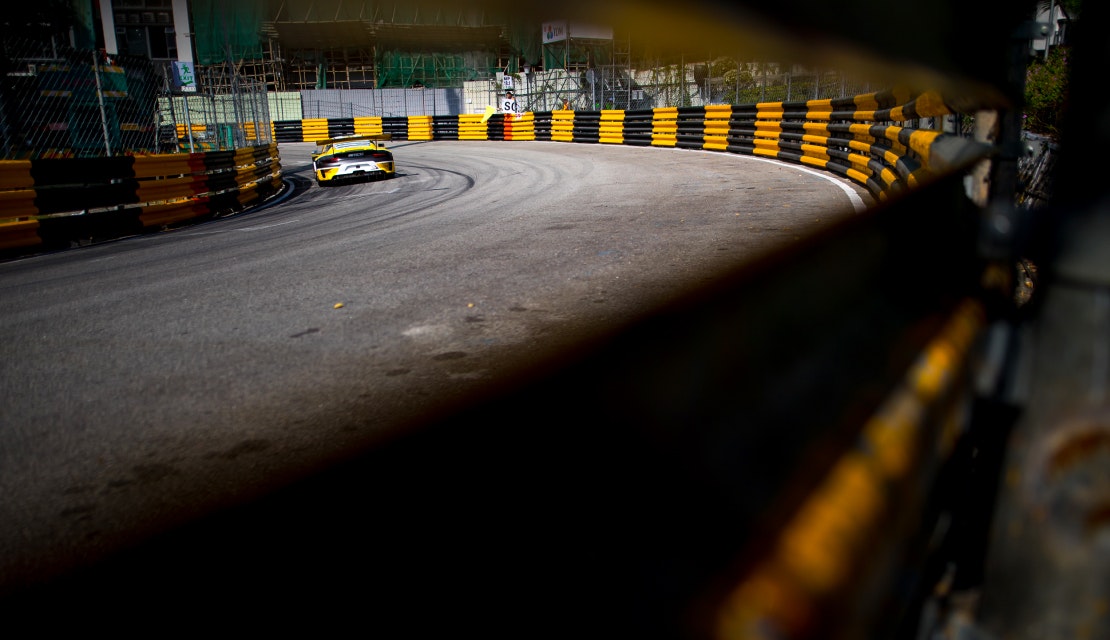 »Here in Macau, even as a photographer, you become aware of how dangerous motorsport can be. There are hardly any run-off zones here, and if something happens, it quickly becomes unpleasant for us photographers as well - just like last year when Sophia Flörsch had her accident in the Formula 3 race. That's why we always look a little further ahead - because if the crash barrier moves during an impact, you don't want to be too close. On other racetracks it's no different - but in Macau there's no double floor for the drivers in the form of gravel beds or run-off zones.« 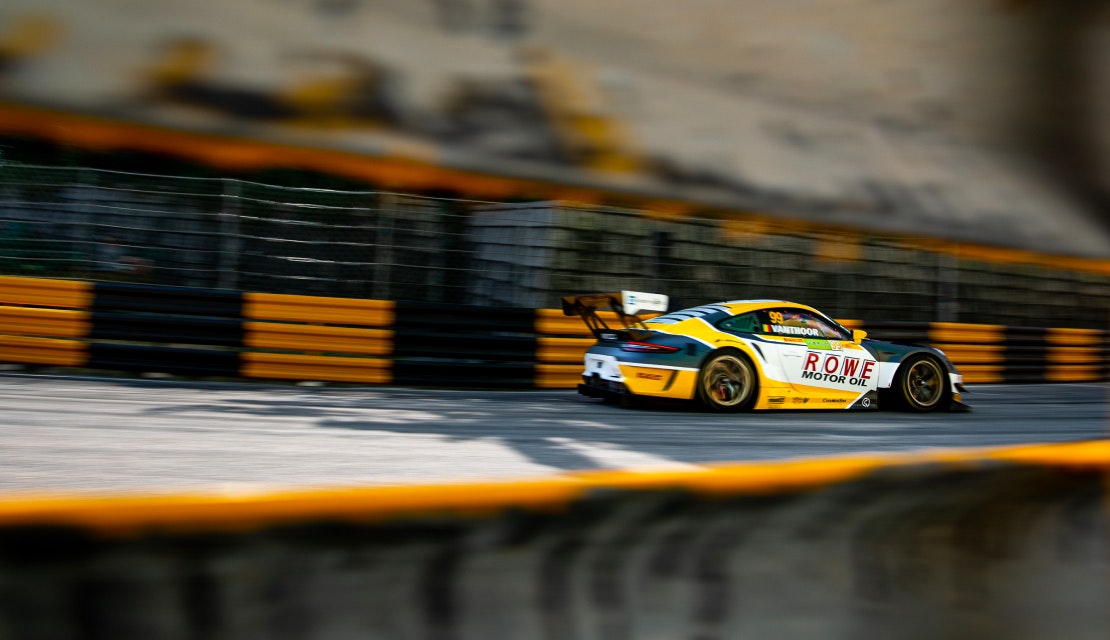 »Fortunately, the weather was really good this year, because for the photographer that means only one thing: so-called »light pockets«, where the sun breaks through the skyscrapers painting the city in an exciting interplay of light and shadow. Together with the wonderful course of long straights and tight curves you can make really nice pictures in the style of »Where's Wally«, just with 911s.« 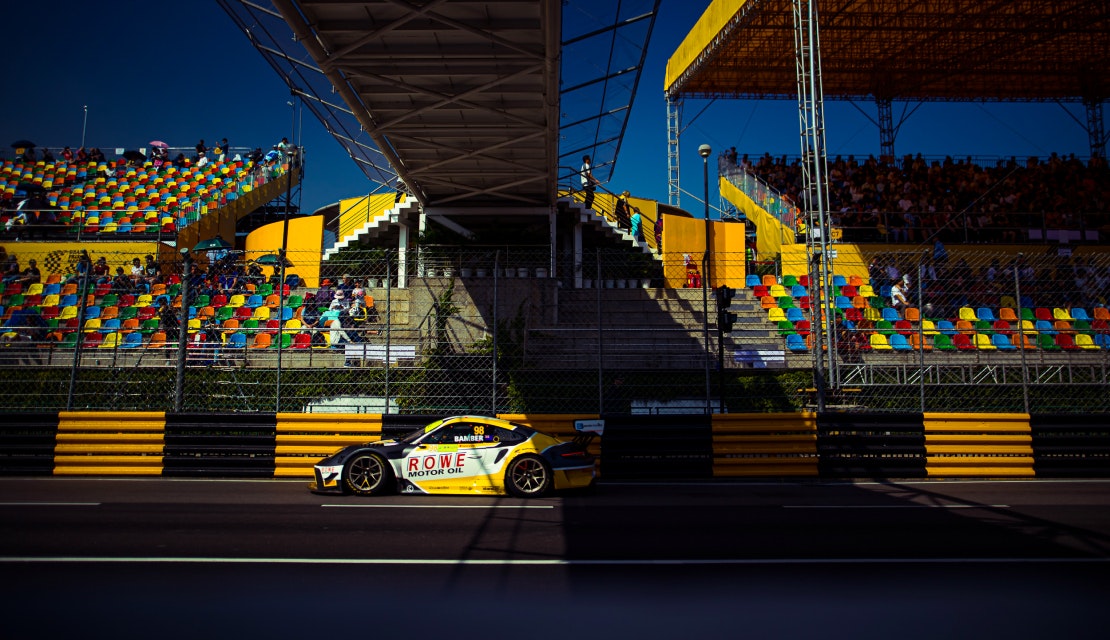