A journey should start in a simple and uncomplicated way. Just like this one with a Porsche 718 Cayman T. This is the only way to make it perfect. And that is what it was. Almost.

Do you remember? »No traffic jams. No rush. No phone calls. No appointments. No compromises. No other ... « Car! Not quite. Nevertheless, this road trip with the 718 Cayman T is almost suitable for an advertising film.

These days, the Porsche is usually parked in the ramp underground garage, rather bored. The reason is simple: Too much hectic, too many phone calls, too many appointments, too many compromises. There is hardly anything left for the Porsche to do but to remember beautiful exits with the other parked car colleagues in silent mourning. Well, between all the higher, soft upholstered, air-cushioned, rolling metal massage salons, the 718 Cayman T probably feels quite outsider-like. The others probably even frowned upon it. What does the dwarf want? It has nothing to offer, no leather seats, no back seat, no sound system. Something like that. A horrible idea. And so it stands there: Alarm red with the ceramic-carbon brake system, light loops as door openers, manually adjustable bucket seats, Alcantara steering wheel, and shortened six-speed hand shifter. Nothing else. No navigation system, no entertainment system, or anything. 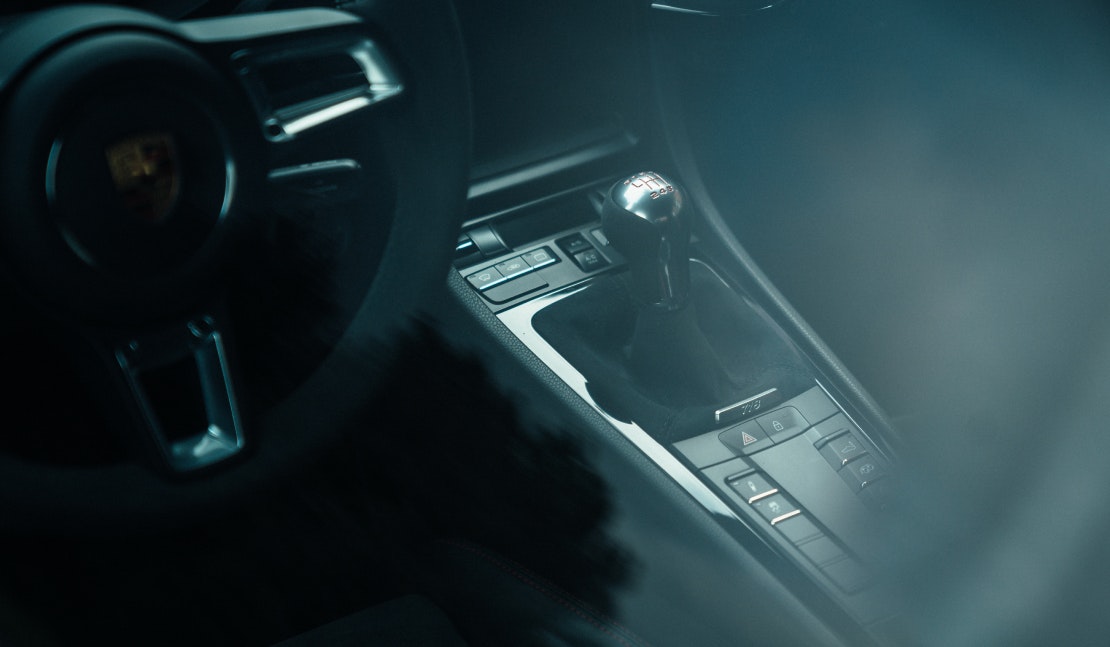 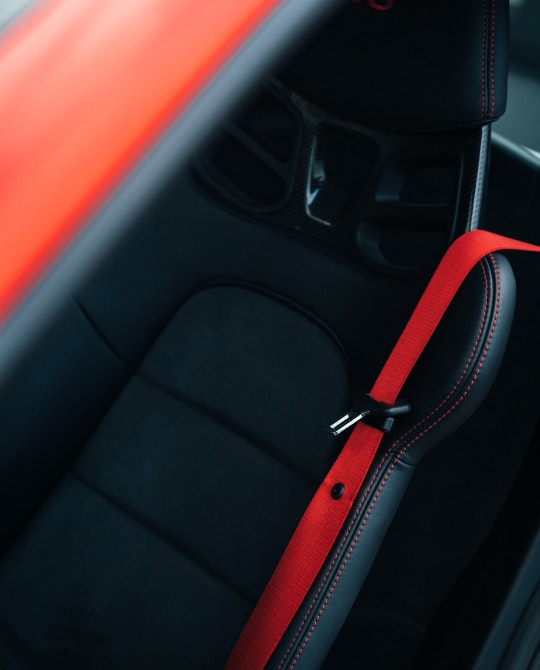 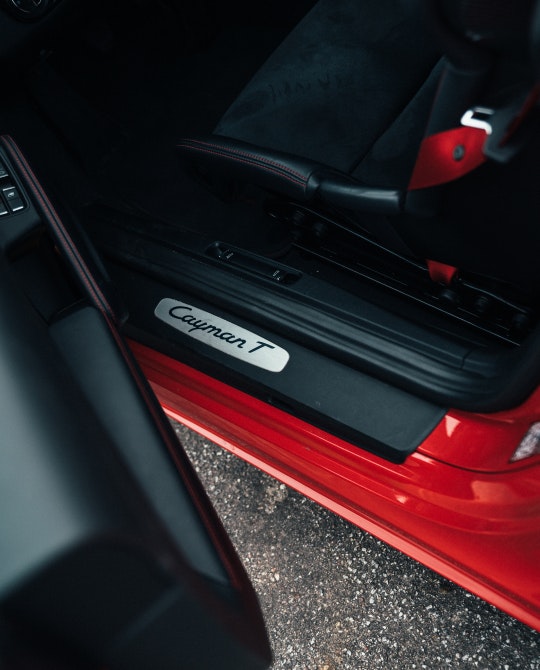 The thing is as empty as the bakery in the evening shortly before closing time the day before a long weekend. The only thing that is really maximum heavy on this car is the tank. It is full to the brim. I start the fun device, classic with ignition key, left of the steering wheel. A four-cylinder turbo. Ok, that it doesn't scream down the garage until the alarm systems of the surrounding cars go off, was clear before. But the sound is mature and it lets you know that this is not a toy for teenagers. Just engaging the gear with a firm clutch pedal has something nostalgic about it. That's hardly something you do these days. A bit like typewriting. 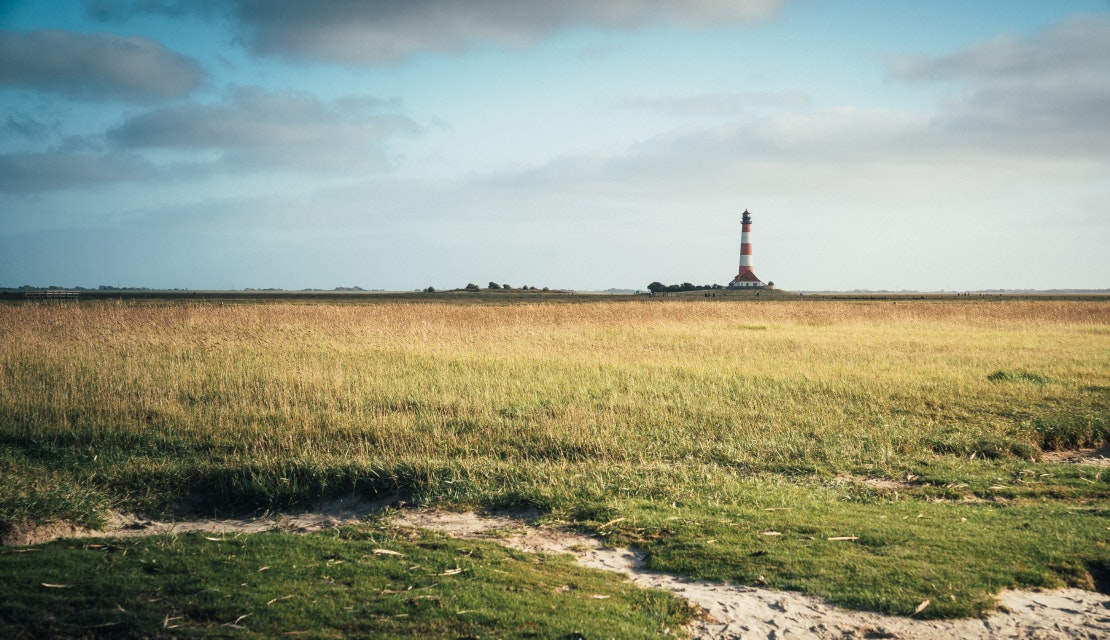 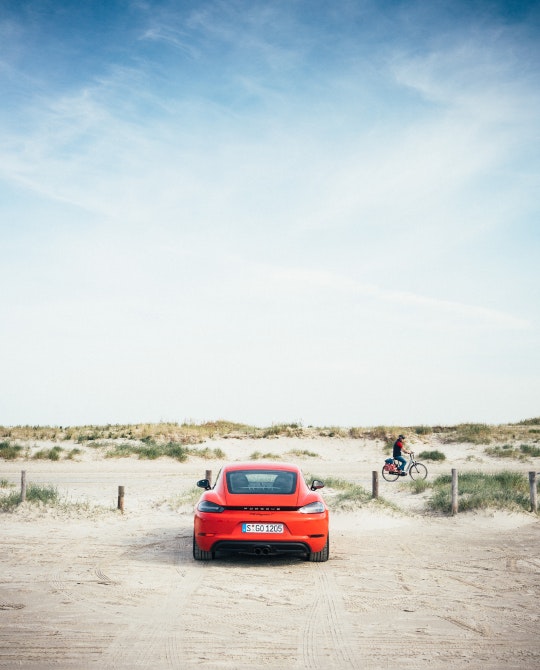 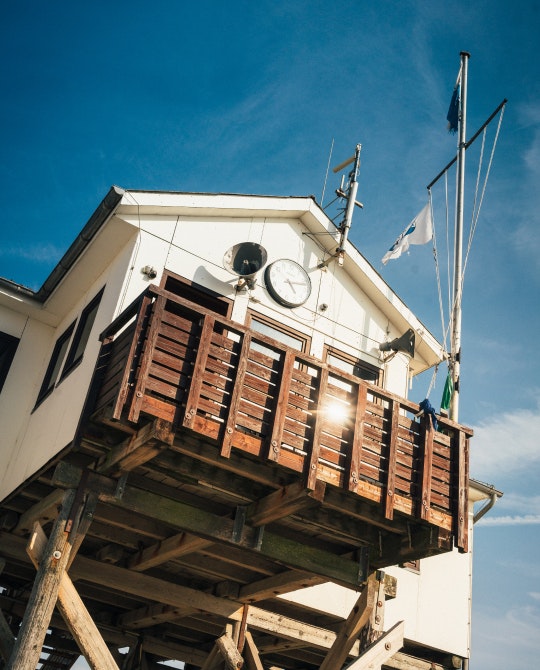 But where to drive to?

»To the North Sea.« Says a voice in my head. »To the North Sea«, I hear myself quietly repeating the voice in my head. You might have to write down the chain of associations to this thought. It's closing time for the day. Closing time means after-work beer. After-work beer is available in the cinema next door, Frisian-tangy, as advertised by the brewery. In the 1990s, there was an advertising film about this, which was underlaid with a smoky, calm, very distinctive male voice, and spoke the same text that introduces this article above. The no less famous lighthouse, which serves this brewery as a motif of longing in the clip as well as on the beer coasters, is located at the North Sea - more precisely, it is the lighthouse in Westerheversand. So the North Sea!? One way is a good 800 kilometers. It is Friday evening. There are no appointments for the weekend. »No compromises«, I hear the voice in my head again. »No compromises«, I hear the voice again.

You should know that the »T« originally stood for the inexpensive entry-level model at Porsche. From 1968, this was available for the 911. Less horsepower, only 110 instead of 130, fewer gears (4 instead of 5), but also less prestige. Anyone who thought he was worth more, resorted to an »S«. With the 911 of the 991 series, Porsche then decided to reinterpret the T idea. There is no longer any question of cheap, and the rest is so uncompromisingly reduced to driving that even true purists are speechless at first - only to set the hook for the navigation and entertainment system in the options list. The 718 Cayman T is in no way inferior to this. In fact, it is much closer to the T idea than the 911. The mid-engine concept is even more apparent. 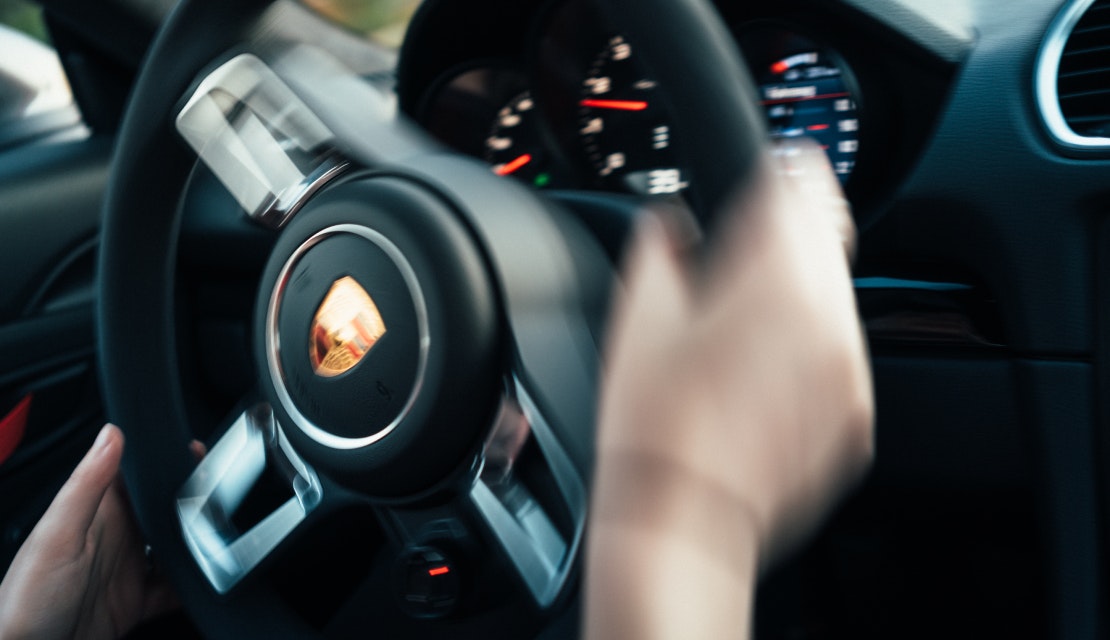 I first drive directly to the auto parts store and buy an adapter for the cigarette lighter. This way I have at least a USB port to charge my cell phone for navigation. Of course, it would be more pure and uncompromising to look for the way with a road map, or even to orientate by means of street signs, or with the help of self-made sundials on the dashboard, or whatever ... Let me put it this way: I am a small man of big words. Great deeds are not always my thing. I am much more familiar with the fluffy bathrobe in the spa than the tent in wind and rain. They say true winners are born in defeat. So I play it safe and let the relaxed loser shine through here and there. 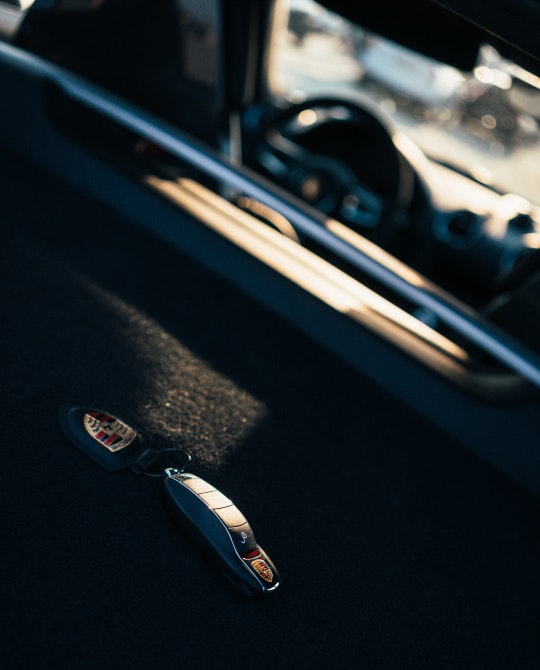 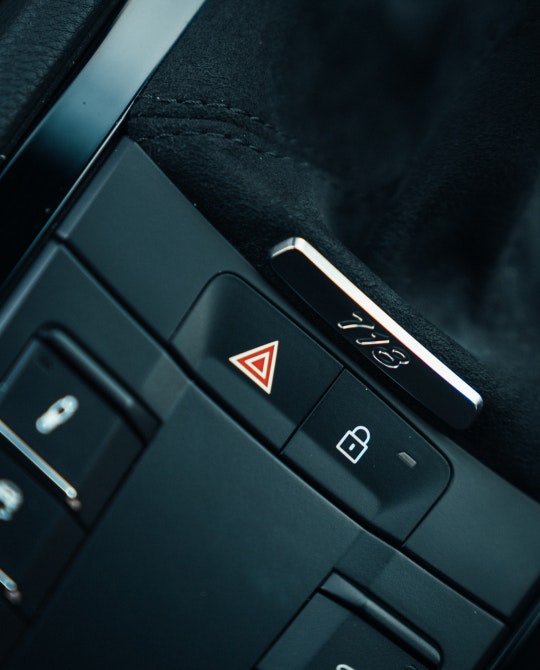 Enough talk. Mission »No Compromises« starts on Saturday morning. Vehicle nose into the wind and off to the north. The thing with the »T« is, you're basically connected to this car from the entrance to the underground garage. The ergonomics of these bucket seats with the wafer-thin Alcantara cloth, which in some places simulates something like a seat cover, grip your spine, back, and torso so perfectly that you never want to get out of the car again. What this very hard seat achieves, especially on longer journeys, is something that no osteopath can do. After an hour on the highway, you are free of back pains even after a long day in the office, and after two hours you never want to get out of the car again. After three hours I have to fill up the first time. But it's also my own fault. Sure, I could also drive this two-liter turbo engine with a Greta-Thunberg-likes-this-fuel-consumption, but that's not me. And let's face it, the driving pleasure I can get out of this vehicle with realistic 11 to 14 liters, you won't get that from others under 25 to 40 liters. So somehow this is also a form of sustainability. And anyway, the sheer speed bolt on the long straights is almost the most unexciting of all exciting events in the 718. No question, it does a good job, but with 300 hp you've already got a lot of SUV chatter at the rear. 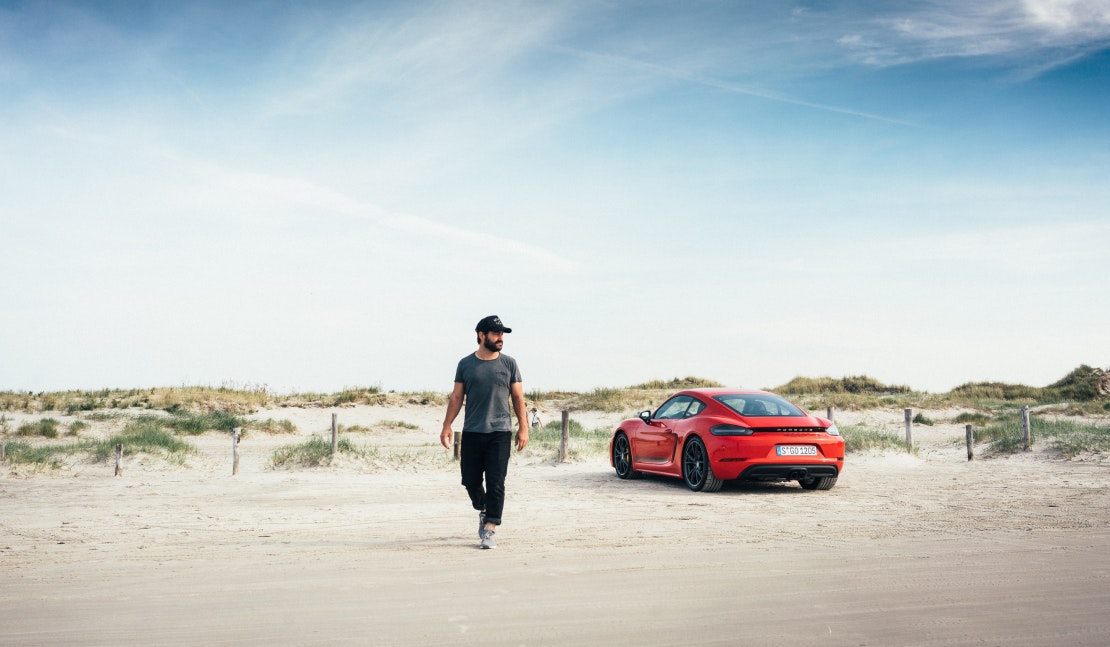 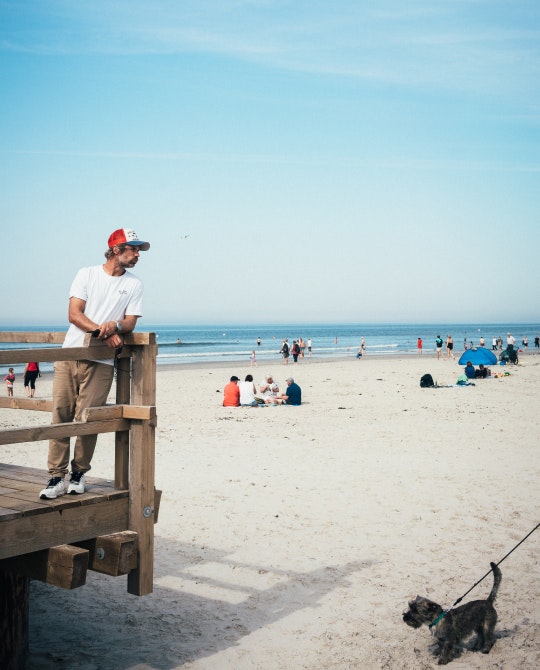 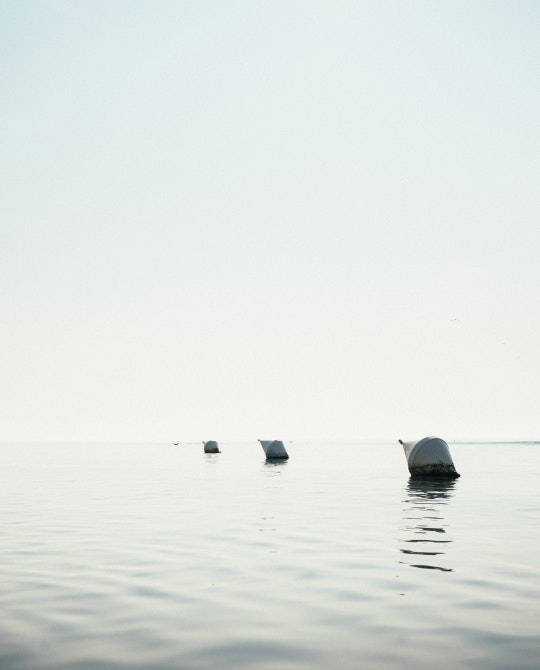 At least until the next fast right. And that brings us to the actual topic: The curves! Because the curves make the difference. It's the curves that make all the difference anyway. The driving, the love, the life! In the 718 Cayman T, you turn into curves at German freeway speed with the relaxed matter-of-factness with which an experienced Casanova appeals to beautiful women. And you always have that slightly chauvinistic smile on your face, because you know that you can easily reach your destination with the least effort. At most you look a little surprised in the rear-view mirror, and wonder where they are, the all too pushy ones from the straight passage earlier. And then you see them, very small, and they bend and choke and wobble through the curves, it is a horror.

The fine and objective aesthete of a cleanly drawn lateral acceleration may indeed feel nauseous at the sight of such chassis and tire drudgery, but at the wheel of a 718 T you grin diabolically and look ahead. Eye-tracking is the keyword. And then the obese following vehicles slowly creep back again up to you anyway. Until the next bend. Nobody gets really pushy. Not even the driver of a BMW X6M, who, with exactly double the horsepower after the first left, displays humility in the safety distance for which he will certainly be mocked by other BMW drivers at the next general meeting at the gas station. It is a sublime, rhythmic long-distance driving in this Porsche. It is not about sounding out borderline areas, it is about the high art of clean driving. This Cayman is built for nothing else. Every part is unconditionally subordinated to this task. But the model student among the individual parts of this nerd class called 718 Cayman T is the brake system. 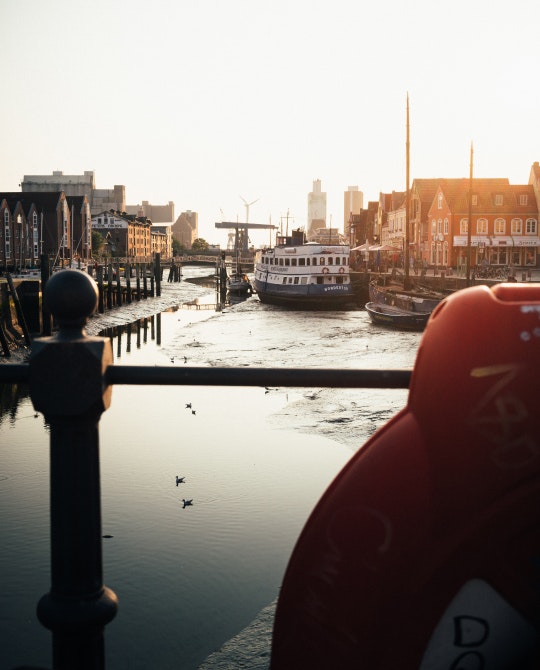 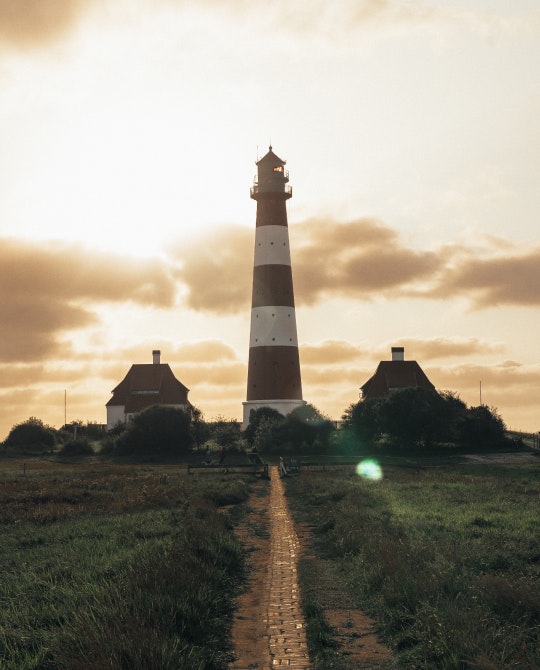 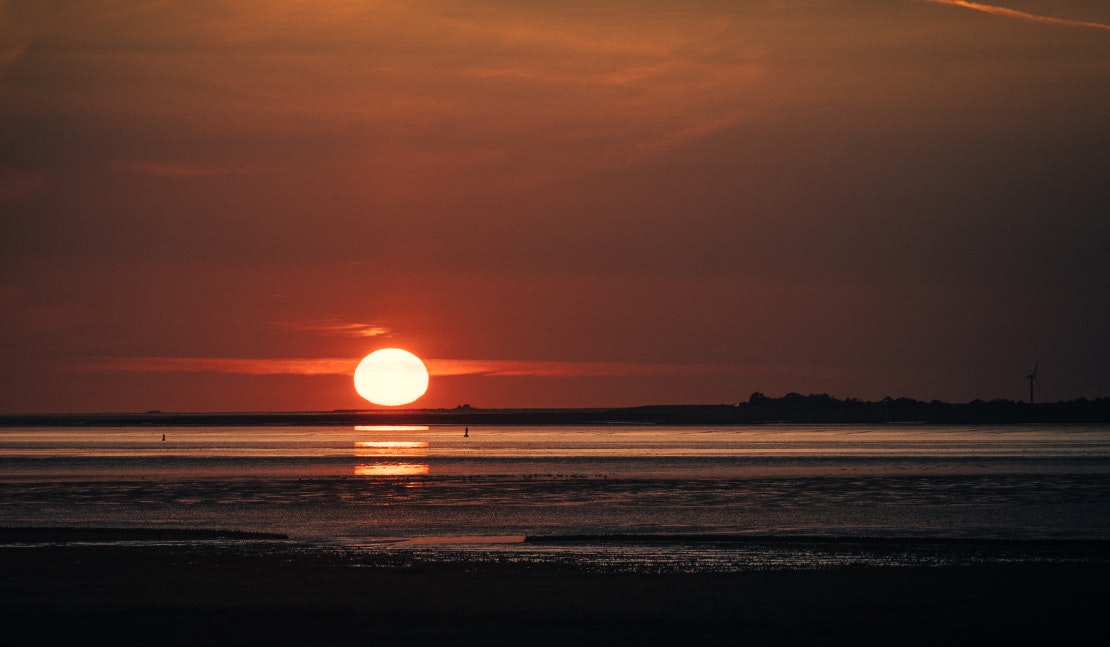 Ceramic-Carbon. Originally developed and built for calibers like the 911 Turbo or even the brute Über-Porsche GT2 RS. In its main job, this system pulls a 918 Spyder down from a speed of 340 km/h dozens of times in a row and then in the pit lane asks completely unimpressed: »Again?« In general, it is the “negative acceleration”, as it is so terribly called in official German, that decides everything. And what this braking system does with the speed associated with the flyweight of a Porsche 718 Cayman T has little in common with the physical events learned when braking a car. Just imagine going to a bar fight in the village with a fully assembled chapter of the Hell's Angels. Similarly, this braking system is able to withstand even the highest speeds. There is no discussion, there is no talking. One little stomp (on the brake pedal of course) and that was it. The balance of power between vehicle weight and performance of this brake system is so extremely in favor of the brake system that the practiced forward-looking driving on the German Autobahn beyond the 200 mark gets a new dimension: suddenly it is not only necessary to look far forward, but also to look far back in the interior mirror. Business station wagons with department-head-motorization may be able to keep up with you up to a certain speed, but if there should ever be a serious braking incident, this 718 would come to a halt so abruptly that just about any other vehicle would drive through you almost unbraked - even with the reaction time and skills of a racing driver at the wheel. In this case, material and engineering performance takes precedence over skill. Humility during acceleration is something that almost all Porsches promote and demand, but this Cayman also demands it during braking. 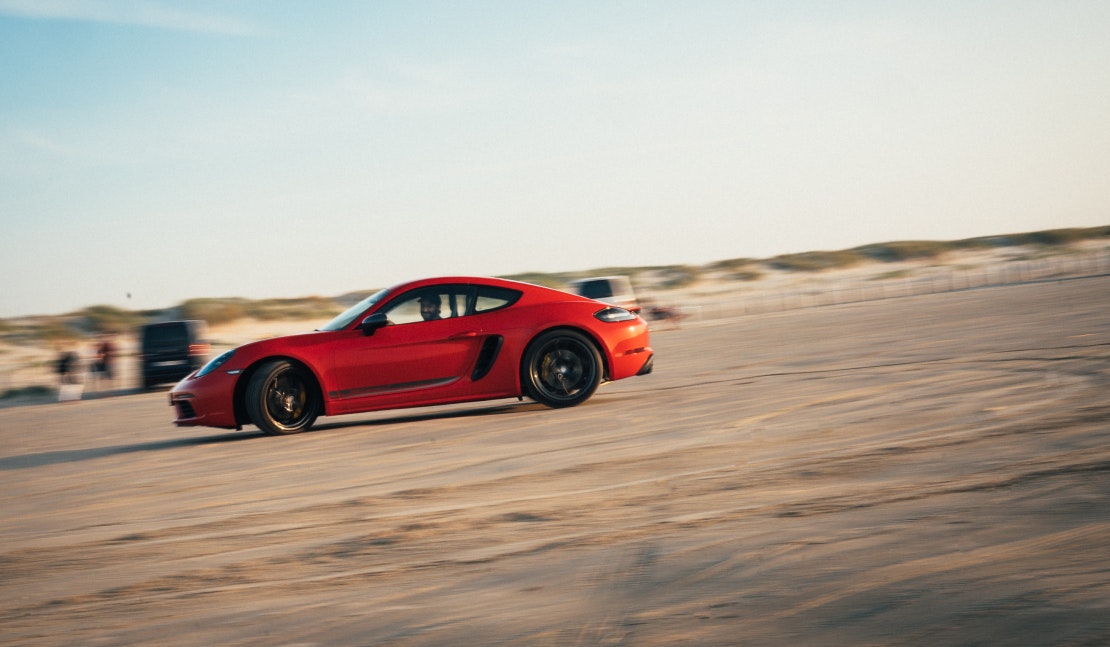 In the late afternoon, the Cayman T is parked a good distance from the wharf where the Westheversand lighthouse stands. There is no other way. The lighthouse wants its peace and quiet, at least when it comes to cars. A stiff breeze welcomes us. Since the 1970s the tower has been used by the same brewery as an advertising motif. This tower can also be seen on the cans of the »Norda« canned fish. And on the film poster for »Otto – der Außerfriesische« it can also be seen, although he does not appear in the film at all. I take a picture. Then I go to the hotel. Afterwards a beer.

On Sunday we go back again. And at that point it becomes a little embarrassing for me. I let my wife drive. She's almost three-quarters of an hour faster than me on the 834 kilometers, which is not so much because of her driving style, but rather because she only makes two refueling stops and does without a lunch break. Otherwise she enjoys the pure pleasure of driving. For my taste even a bit too much.

Oh yes, did I mention that she is four months pregnant? 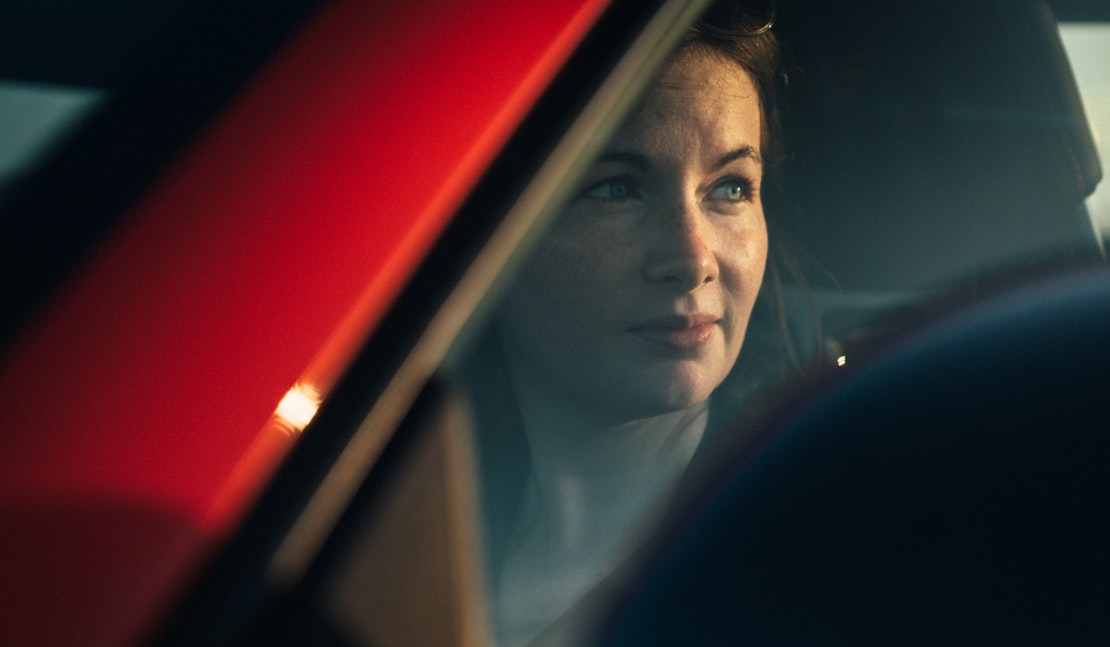