No April fool's: the five most unusual »Porsche«

Mission-E-Tractor or modernized Porsche logo - in contrast to the sports car manufacturer's own April fool hoaxes, these five »Porsche« are quite real. While some of the offshoots in this list were actually ment serious, others have to be taken more with humor. Our top 5 of the craziest conversions.

The already uncompromising 911 GT3 is probably only surpassed by its even more extreme RS version. When talking about the GT3 RS, not many people think of cycling. Austrian artist Hannes Langeder, did. His Ferdinand GT3 RS is therefore also pushing it to the Spartan peak and dispenses with the boxer engine and prefers two recumbent bikes under the bodywork. From more than 400 hp only one pedal power remains at the end. 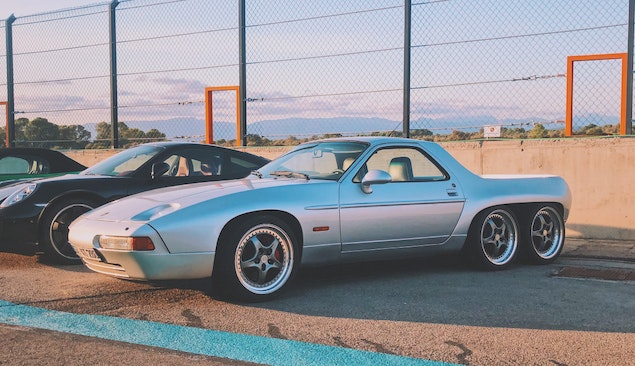 Double is better - that's what the creator of this 928 pickup might have thought. And not only did he give his silver 928 GTS with a loading area an additional utility value, but he also added a second rear axle. It makes sense though: So the power of the original 350 hp V8 engine actually gets where it's supposed to go. Namely, on the road. 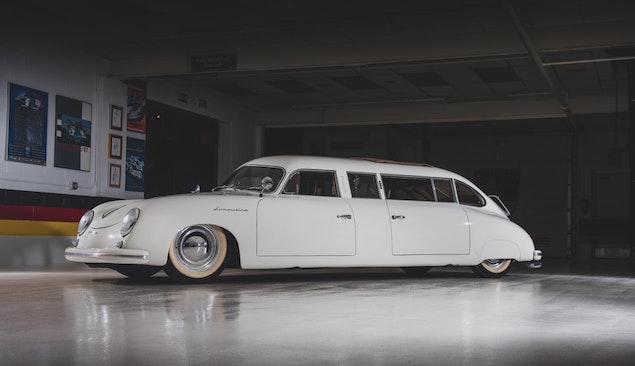 Yes, we just can't get enough of Porsche. The more, the better. So it may be a courageous conversion. But whether it has to be a stretch limousine based on a Porsche 356 with a 912 engine? We are still undecided. The car that was auctioned by RM Sotheby's last year. And it does have elegant details. Like its interior, for example, which was planned with great seriousness to be »period correct«. 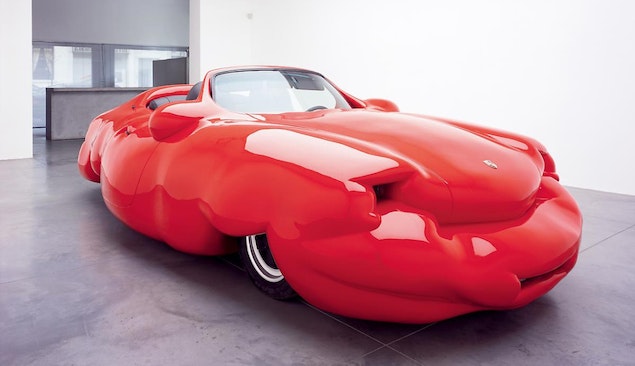 Fortunately, sports cars don't care about quarantine - they can still be driven. Hannes Langeder's Austrian compatriot and artist colleague Erwin Wurm showed what a 911 could look like without a corresponding (home) workout. And that back in 2005. Fortunately, however, his »Fat Car Convertible« is only a work of art - and not an out-of-shape, genuine Carrera. 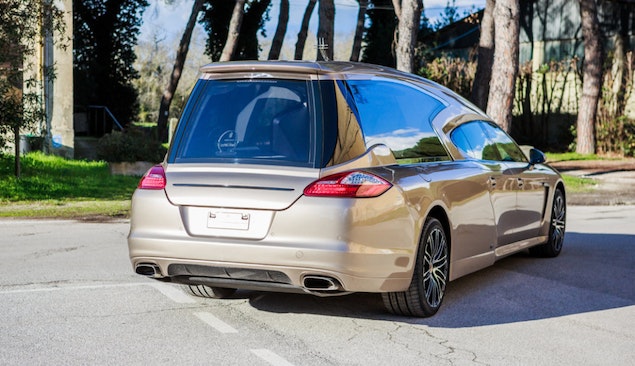 Is this silhouette an accident? It's probably in the eye of the beholder. What seems certain, however, is that this Panamera hearse not only grants exclusive customers their last farewell, but also the formerly elegant flyline of the four-door sports car. In this sense: Rest in peace.