The 917 was the first car with which Porsche secured the overall victory at the Le Mans 24 Hours, the 919 Hybrid is the last for the time being. We met the heroes - including, of course, those behind the wheel. A conversation with racing legends Hans Herrmann and Timo Bernhard. About wonderful and unruly cars, teamwork on the race track, and what you can learn, not only from granny.

A photo studio somewhere in the Swabian Heckengäu. Outside, the A8 freeway sends its acoustic greeting, a stone's throw away lies Weissach and the Porsche development center. Here, in that part of the sports car manufacturer's think tank, located in the Weissach district of Flacht, the brand's fascinating and successful racing sports cars are created. Like the 919 Hybrid, with which Porsche has so far won the last three overall victories at the 24 Hours of Le Mans. 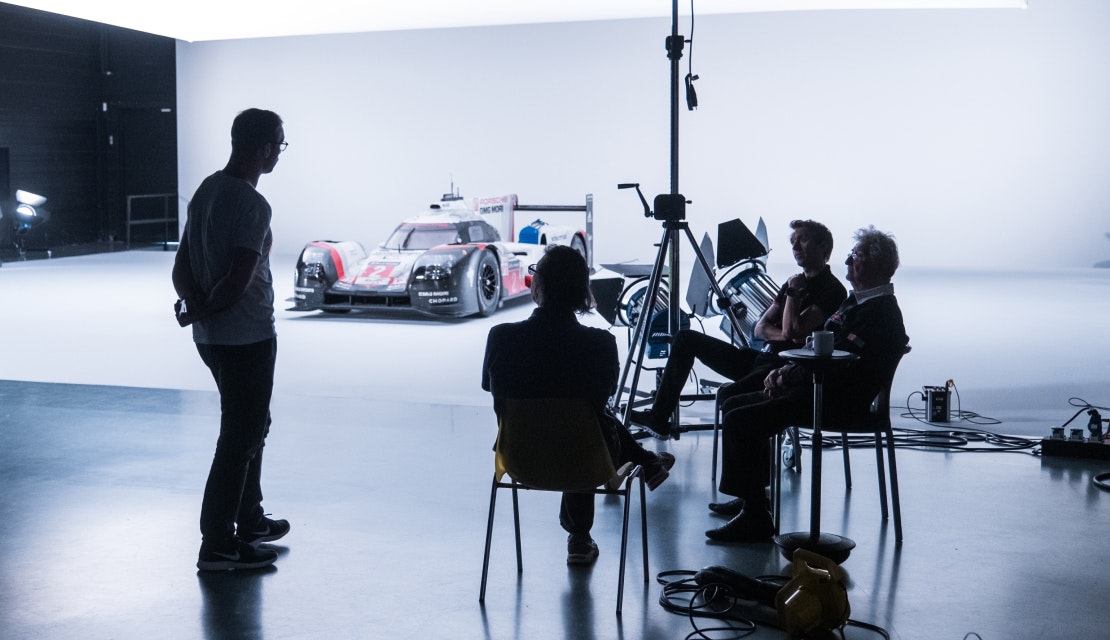 The winning car of 2017 is in this photo studio today. Together with the 917 KH with starting number 23 - the first Porsche overall winner of the French endurance classic. That was 1970, exactly 50 years ago. The vehicle from the pen of Ferdinand Piëch and Hans Mezger stands like no other for the legendary development of the brand from Zuffenhausen. At the wheel 50 years ago was Hans Herrmann - in a team with Richard Attwood. Today, the 92-year-old sits next to his winning car in the best of moods. With him: Timo Bernhard. 47 years after Herrmann, he won the endurance classic on the 919 Hybrid and, together with Earl Bamber and Brendon Hartley, also won the endurance classic - his second overall Le Mans victory, but his first with Porsche. The two racing drivers know and appreciate each other. The fact that there are more than five decades of life between them - you can't tell. 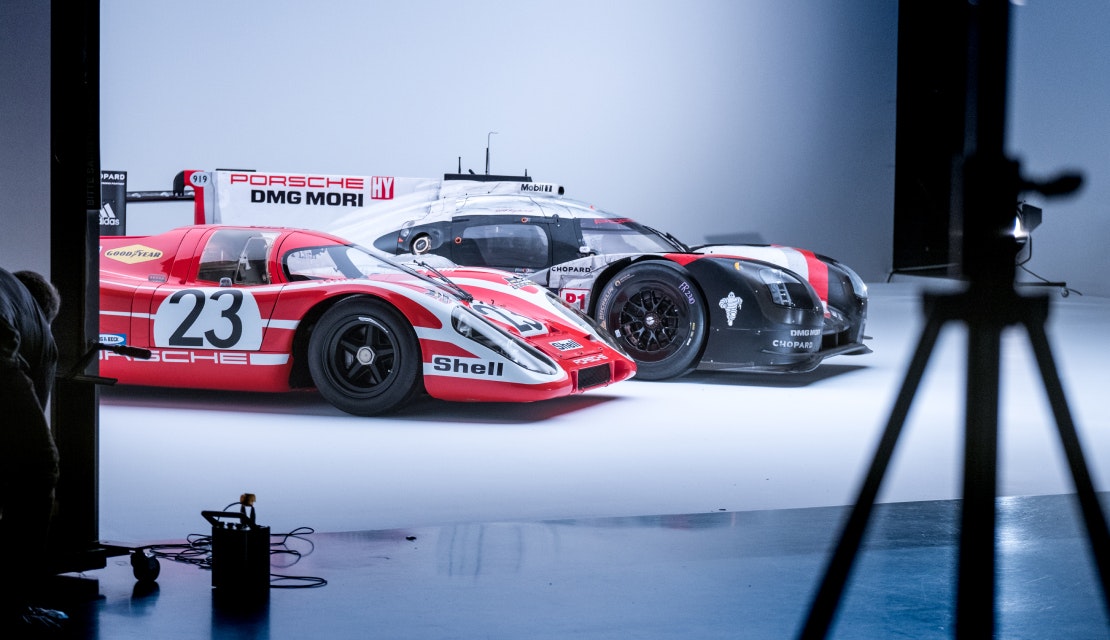 In front of us stands the 917 with the starting number 23. Your first thought when you see the car here again?

Hans Herrmann: Of course these are really pleasant memories. If you were able to achieve the first overall victory for Porsche with it, you like to think back.

Timo Bernhard: The 917 is a beautiful car. And with the first overall victory, it laid the foundation for the Porsche myth at Le Mans.

Bernhard: I have pleasant memories of that. The 919 Hybrid was the highlight of my career. I was involved in the program from start to finish and the Le Mans overall victory in 2017 was the crowning achievement.

Herrmann: That I didn't want to drive it. It has, I don't know, a hundred buttons and stuff. I wouldn't be able to cope with that. We used to have a simple automobile. Steering wheel, clutch, brake. 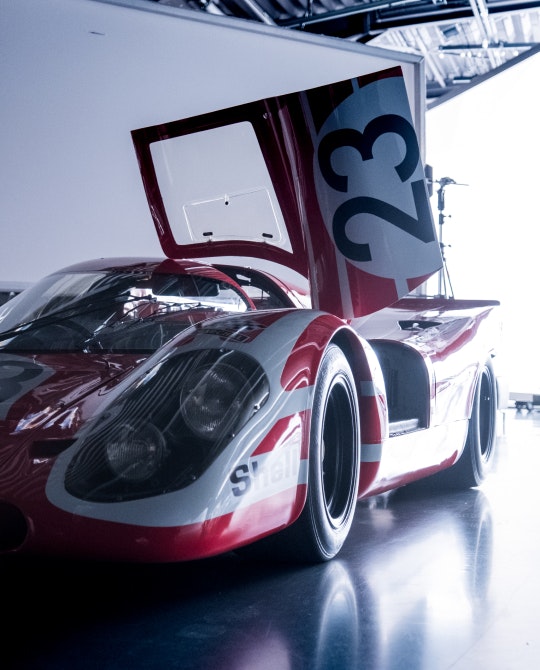 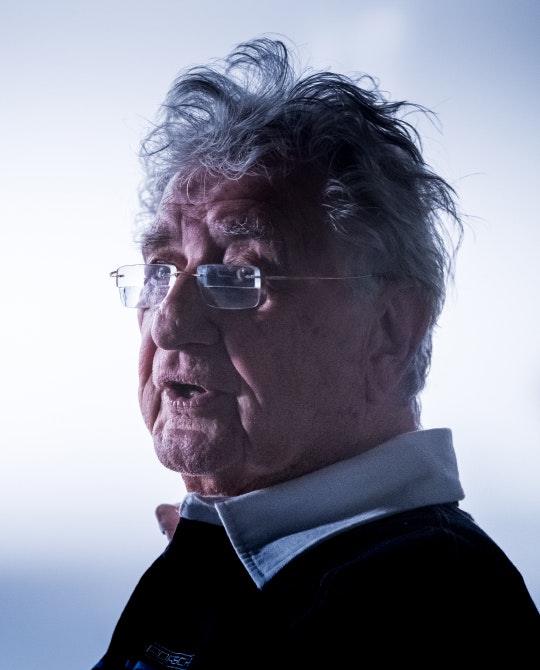 But the 917 wasn't exactly known as a simple car either. How was your first encounter, Mr. Herrmann?

Herrmann: Anything but pleasant. In the beginning, the vehicle was overpowered and the chassis couldn't keep up. We slid around like lunatics. I remember that Gerhard Mitter called the car »an ulcer«. It was difficult to drive. The English helped us a bit with the aerodynamics - we had only worked on the dampers and the chassis until then and didn't get anywhere. When we finally got rid of all the unpleasant things, it was a great car. Great to drive, always under control.

Mr. Bernhard, did you ever have a driving encounter with the 917?

Bernhard: Of course not in a race, that was very far before my time. But as a Porsche junior I was allowed to drive the museum car once. I still remember very clearly, as the then museum director Klaus Bischof said: »You are good enough now. You're allowed to drive two or three laps of rollout.« That was a pure experience! Behind the steering wheel, you only feel the whole history - and why these were the top sports prototypes thirty years earlier. 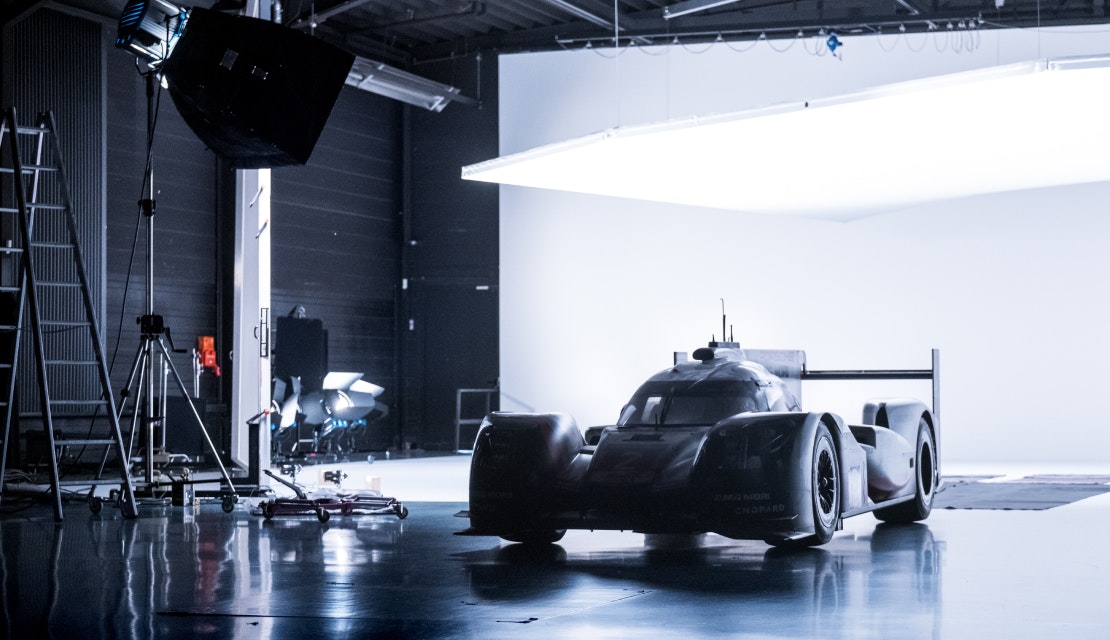 You both won Le Mans for Porsche - both towards the end of your career. How would you classify this success in your racing driver's vita?

Herrmann: Since 1953, I have been to Le Mans almost every year, have driven 14 races, finished eight of them, and retired six. After so many attempts, the victory in 1970 is of course even more important to you personally than it already is to the whole team. But because of the many participations, I naturally had a lot of experience and knew how to approach the race.

Bernhard: To be on the grid at Le Mans, in general, is something special. And when you win it, you can't even put it into words. You have to experience that yourself: standing on the balcony, on the podium, and underneath you tens of thousands of people cheering. You're tired and physically exhausted, but of course, this increases your emotions. That I was able to repeat my first overall victory with Audi and then seven years later with Porsche was something very, very special. For me things have come full circle here: In the Porsche Junior Team, exactly this was my training goal. That really rounded things off. 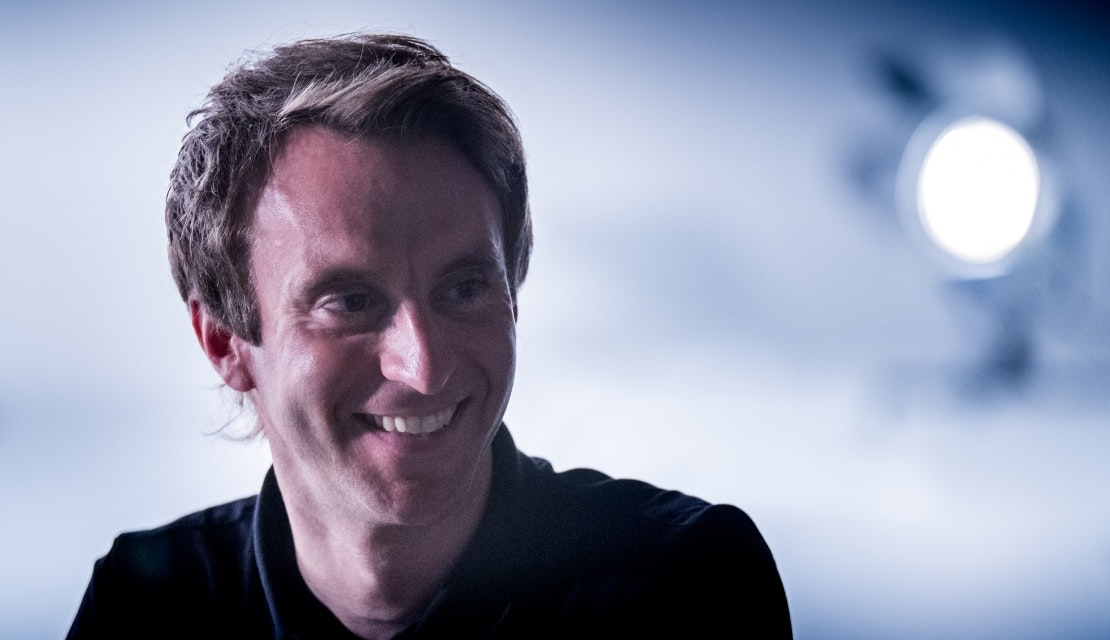 Motorsport has changed quite a bit in the meantime. Where do you see the biggest differences between then and now? And what has remained the same?

Herrmann: I don't think anything has remained the same except for the rules. In the past it was quite simple: Accelerator, brake, clutch, steering wheel, finished. Nowadays, all the electronics are controlled from the pit. Niki Lauda once undiplomatically said that a monkey could drive today's cars. Nothing against you, Timo! (laughs) You still have to be able to drive today, but it's completely different now because of the electronics. What has remained the same is that everyone tries to do their best with the technical conditions of their time.

Bernhard: The enthusiasm and passion of the drivers are still as great as ever. When I talk to Hans, we understand each other immediately, even if decades lie between us. In contrast, the technology has changed completely. And the pioneering role of motorsports has remained here. At Porsche, a great deal of motorsports experience has always flowed into series production: the 917 was a high-tech vehicle in 1970, and the 919 with its hybrid drive in 2017. Its technology has also been transferred to the Taycan, for example. Porsche is probably one of the last manufacturers to do this so consistently. 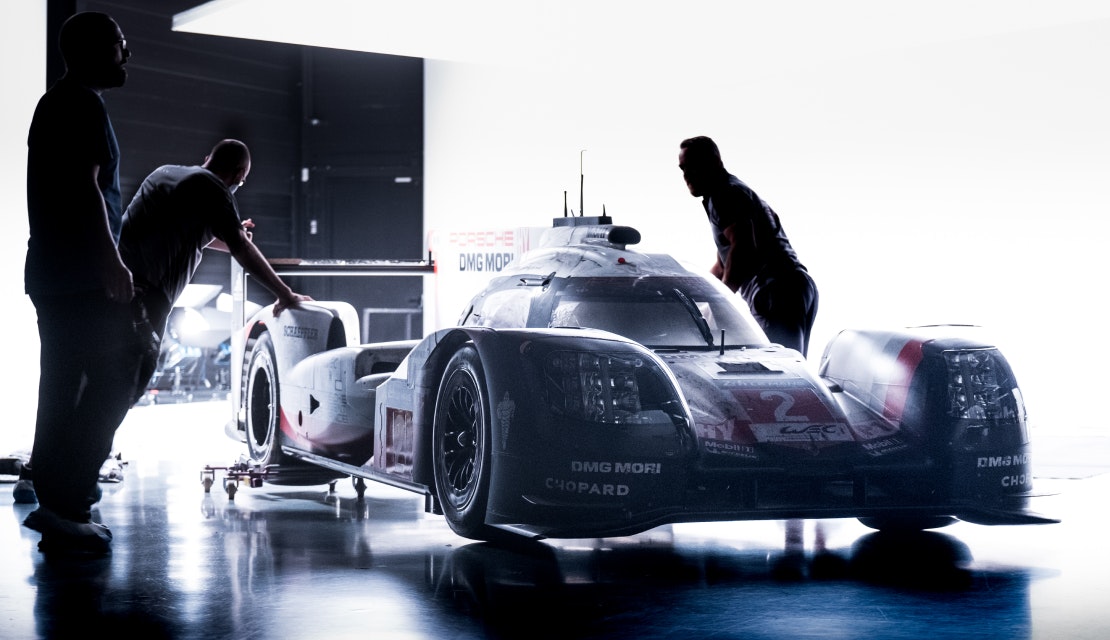 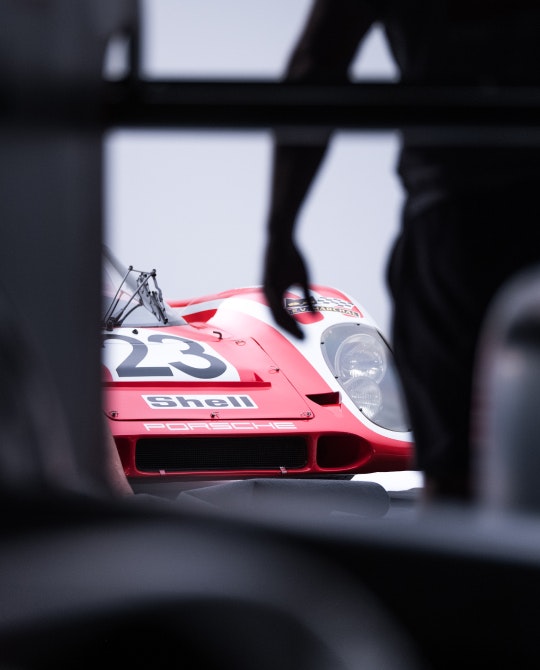 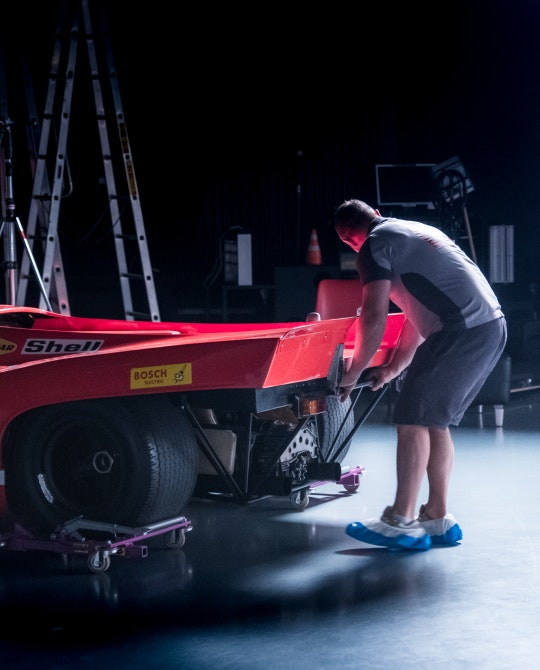 It is said that the first opponent of a racing driver is always the teammate. How does that look in the long run? What does team spirit mean here?

Herrmann: You don't want to defeat each other. Not on the long distance. When you drive as a team, you have the same goal: to win! Back then we were two drivers. I drove in Le Mans with incredibly great people. To achieve victory, you have to coordinate your actions. And you have to treat the car in such a way that it lasts 24 hours and can win.

Bernhard: It's just like Hans said. He describes it wonderfully in his book »Ein Leben für den Rennsport« (A Life for Racing). I gobbled that up when I just went from being a Porsche Junior to a works driver. Richard Attwood was the younger one ...

Herrmann: We were a great team!

Bernhard: ... and you set the course with your experience. I was able to take away a lot for myself as well. In my time we were three drivers in one team. That is perhaps a little bit more difficult. You have to make sure that you take everyone with you. There's no room for the ego of the individual. It's all about bringing the car forward. If you have to take yourself back so that another driver feels more comfortable with the setup, for example, that's the way it is. 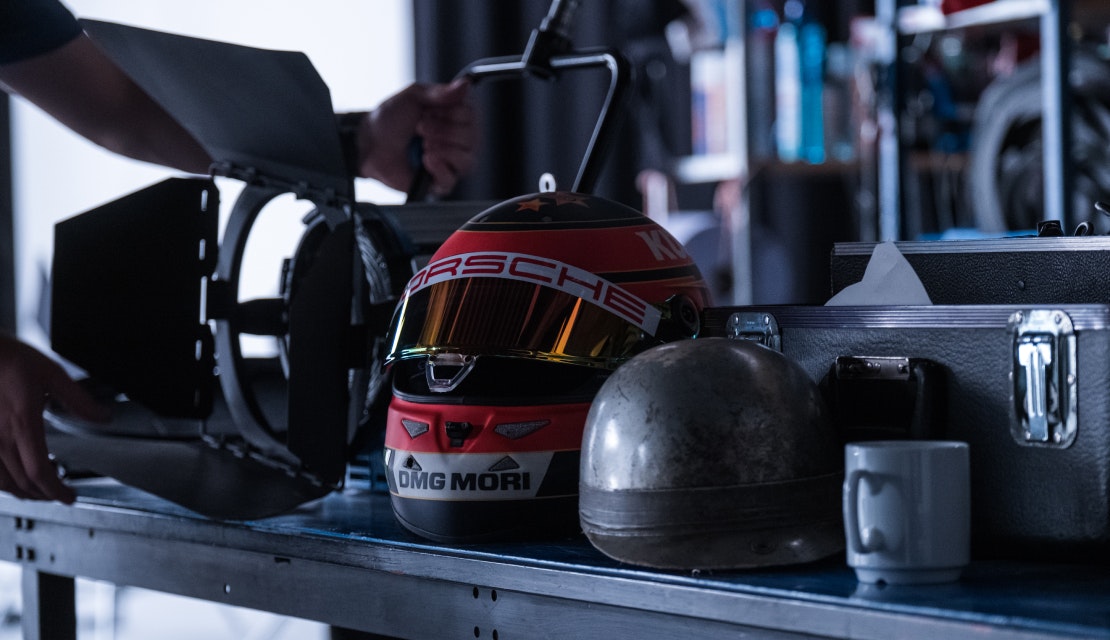 In the meantime, they are both in »racing driver retirees«. What do you miss about motorsport? And what not? What does your everyday life look like now?

Herrmann: I miss nothing. I have been racing for 19 years. That was my job and it is over. Unfortunately, because since then I have had to work! (laughs) But at some point, everything comes to an end and a new phase begins. You can't cry over that. Anyway, I have only the best memories of that time and I still get autograph requests every day. That makes me happy and I answer all of them. Only I have this quiet assumption that they think the guy is 92 years old, now he can still answer, he is still alive. Two or three times a week they come with half cars and fenders, on which I then sign. It is very entertaining! (laughs)

Bernhard: With me, it is still very fresh. If there's one thing I don't miss, it's travel. You don't get younger and I want to spend time with my family. As an active racing driver, you've done without a lot. Nevertheless, it was the dream job for me. To deliver this top performance, to balance a car at the limit with the last one or two percent of its capabilities - that's the main reason why we do it. I do miss that. 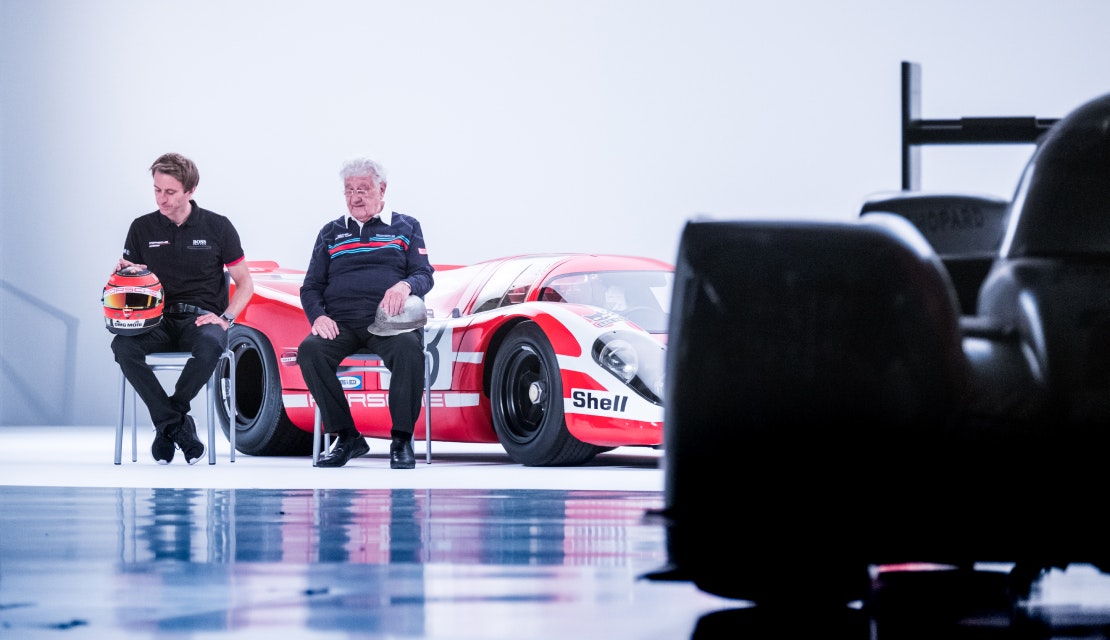 You haven't quite let go of it anyway...

Bernhard: True. Motorsport is still my life. As a Porsche brand ambassador - that's why we are sitting here together! (laughs) I am very proud of that. And then as team boss of my own racing team.

What have you learned on the track for your life?

Herrmann: That you behave considerately and treat others with respect - whether on the race track, in your normal job, or in traffic. You're not opponents, you should support and help each other. A semi-truck wants to get on the road? Then I'll let it do so. In life as well as now, here and everywhere. When I go out, I want to have a proper conversation with people and be respectful.

Bernhard: Motorsport taught me a lot. I fully agree with Hans. What you also learn: To have discipline. That helps a lot in life. 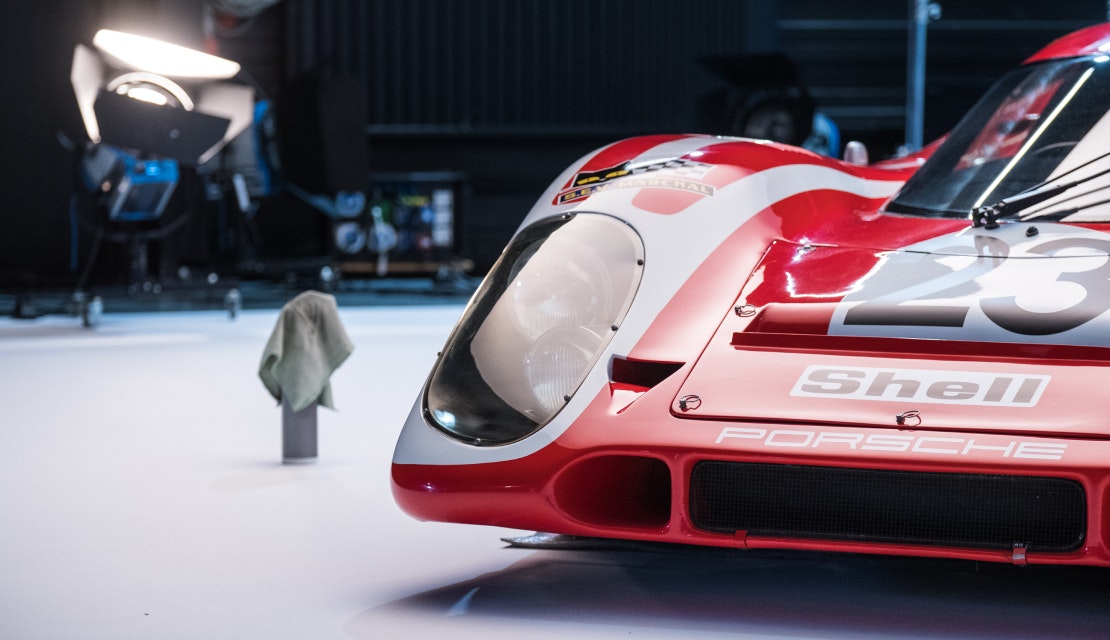 The best advice you ever got?

Herrmann: One from your grandmother! They often know a lot.

Bernhard: From my grandmother? She always said: Be open and honest with the people. In racing, the best tip came from Roland Kussmaul, my then race engineer in the Junior Team. He always told me to stay on the black stuff of the track! (laughs) That's certainly not wrong. 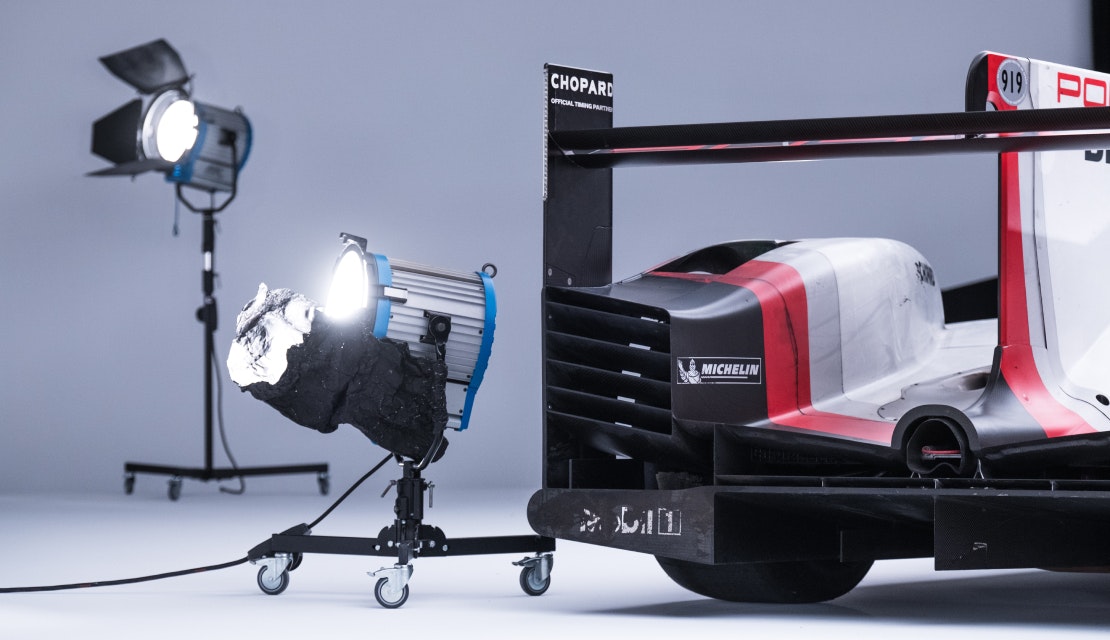