Musicianly Driving: Philosophy in a sulky and behind the wheel

There probably isn’t anyone in the whole world who can teach you to drive better than Walter Röhrl, as our author David Staretz experienced firsthand. A parable about touching the apex and throwing your original plans overboard – and bluebottle flies.

I had actually intended to write about the pros and cons of certain legendary convertibles. But then I got into a 500 hp Porsche 911 R driven by Walter Röhrl, and all good intentions flew out the window.

Afterwards I rattled on to all my friends and acquaintances about musicianly driving. I had actually heard this expression from a vivacious harness racing trainer who would drive the horses entrusted to her over stick and stone in the riparian woodlands of the Vienna Prater in order to make her protégés more nimble. I was sitting next to her in the sulky and could feel every root reverberate in my spine as she mused, “You have to drive musicianly. I mean musicianly, not musically. Do you understand? Musicianly!” That sounded very convincing. I believed it at the time, especially as she was training my horses. Though I couldn’t think of how she would turn this philosophy into victory on the oval track. Which she didn’t.

Now it was my turn to badger my friends with similar enthusiasm: “Mu-si-cian-ly!” The recent spin with Walter Röhrl in the 911 R had inspired me to no end, despite the fact that I had ridden with Walter so many times before.

I remember one time, sitting in the lead car (also a Porsche) during the timed skills competition of a classic car meet, when we ran out of things to talk about. Actually, no: we drove on in mutually agreed silence, which is the highest level of common ground. Because Walter Röhrl never runs out of things to talk about. In his youth he was a chauffeur for the Catholic church in Regensburg, he can look back on an epoch-making career as a polished, poised and professional race car driver, and he knows how to tell rousing stories about it all, extravagantly detailed and thoroughly funny, but inevitably ending with Walter winning hands down. Which of course is true. It wouldn’t be wrong to describe Walter Röhrl as the best driver in the world, meaning not only that he is incredibly fast, but also that he has a good feeling for tactics, safety, vehicle condition, weather and bluebottle flies in the car. Because one of those had just flown in through the side window of our old rally Porsche. It strained our aforementioned amicable silence until Walter slapped his hand down on his right thigh with a bang. A devastating blow.

Now I could again concentrate on his driving skills. Riding along on the racetrack, that’s all helter-skelter with a barf bag. But watching one of the world’s best drivers in regular road traffic is something completely different and, for me, far more interesting. How will he react now? Why isn’t he overtaking? “You wouldn’t believe it, but there really is somebody there.” He had passed on an eighty percent opportunity to overtake because of a blind spot in the road – which truly did end up producing oncoming traffic. Twice we had this situation. Respect. Because we certainly weren’t travelling that slowly either.

Suddenly the fly is back. Apparently, it had survived or managed to reproduce, which tends to happen very fast in the animal kingdom. There it is, sitting still on the right door panel. Black fly on black faux leather. Walter, who is used to having everything under control, especially IN HIS OWN CAR, becomes visibly agitated. The fly is still out of his reach. When, after a brief buzzing about, the animal lands on my left knee, I begin to panic. I see Walter's right hand twitching at the steering wheel. I still vividly remember the previous blow. With pure desperation, and off the cuff, I attempt to catch the fly.

“Didya get it?” “Ye-es.” In this case, I think it’s an acceptable white lie. I pretend to be sure of myself, lower the side window and open my fist. And lo and behold, out pops the fly and disappears into the wind. “Good.” “Things like that are often easier to do with your left hand,” I say somewhat apologetically.

We arrive at a special stage just as the cones are being set up for a skills exercise, reversing with one eye closed or something like that. “Man, how I lllooove these historic motorsport events.” It’s not often that you hear sarcasm from Walter. And because the situation is so naturally relaxed, I ask a question that is usually left to the colleagues from the tabloids: “Where do you actually get your enduring fascination with driving from, now that you’ve won everything two, three, four times over?”

His answer comes without hesitation: “When I make it through a curve combination totally smooth, precisely touching the apex with my inner wheels, and the car steers perfectly through the line, that’s something I still enjoy as much as on the first day after my driving test. I remember once I had to correct my Porsche 356 and I scolded myself loudly for it: ‘Röhrl, you idiot!’ Since then I’ve made sure that doesn’t happen to me again.” So much on the subject of “musicianly driving”. 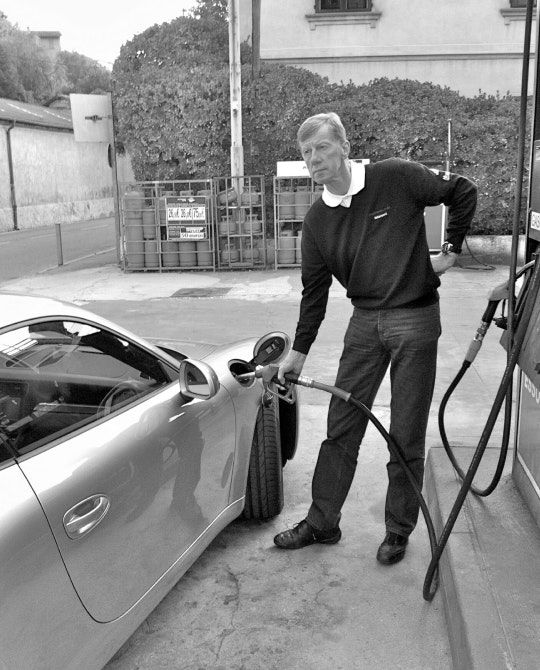 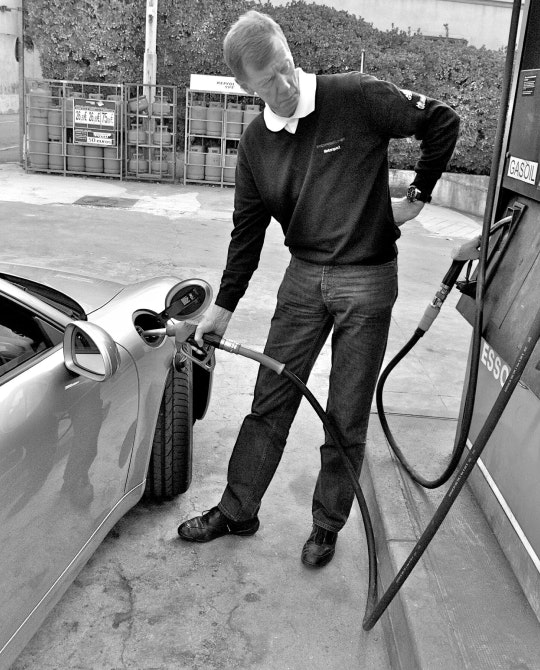