Working from the home office is nothing unusual anymore. The fact that living and working are joined by aesthetics however, is. With the »House for a Ceramic Designer«, however, Arhitektura d.o.o. shows that these three things can be well combined.

Ceramic houses and concrete vases? You can do it, but you don't have to. Then it's better the other way round. Like the »House for a Ceramic Designer« outside Ljubljana. Designed by Arhitektura d.o.o., the building brings the world of materials back into familiar proportions on the one hand, but also cleverly combines minimalist aesthetics with work and living. And it does so thanks to a clear and U-shaped structure. The north wing of the building houses the owner's ceramics studio, while the middle and south sections house the living area. A pleasant by-product of this construction: an atrium in the middle of the complex, which characterizes the building as much as the concrete façade does. 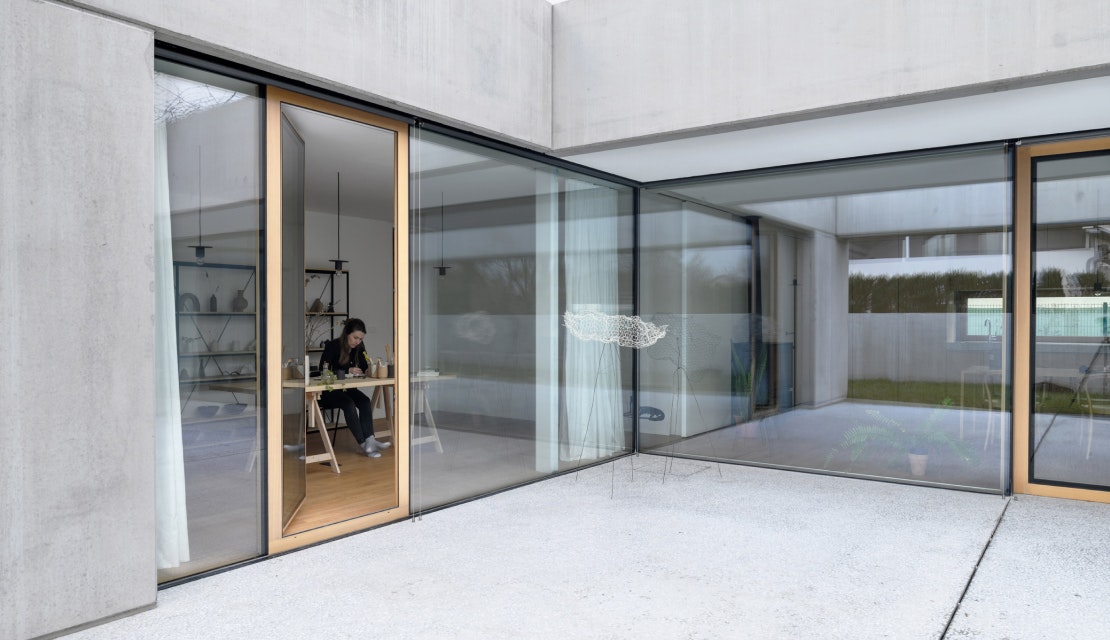 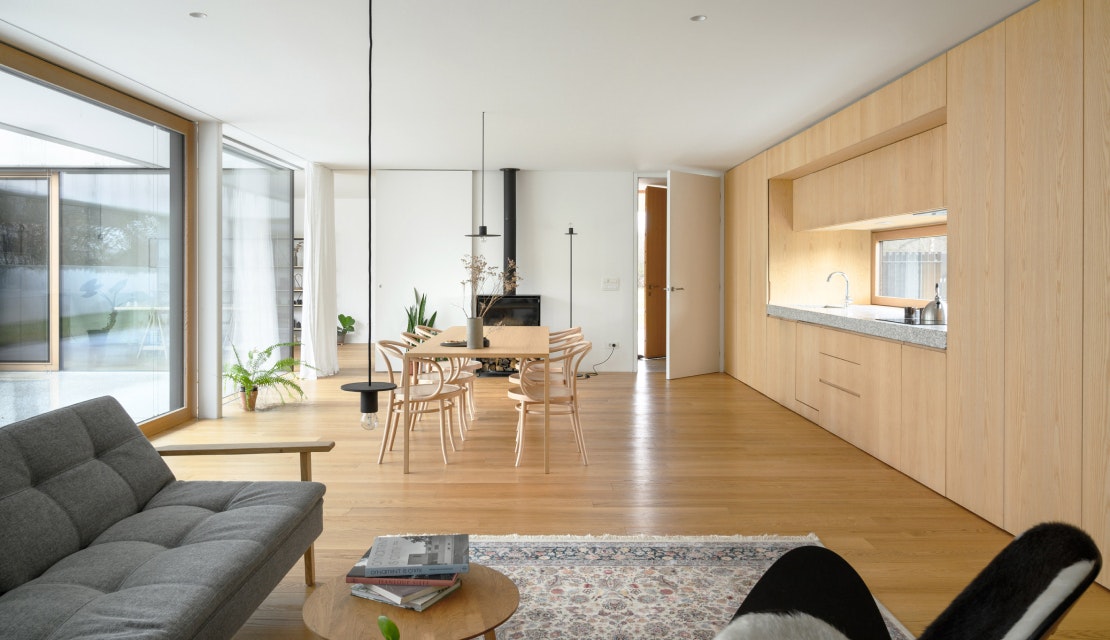 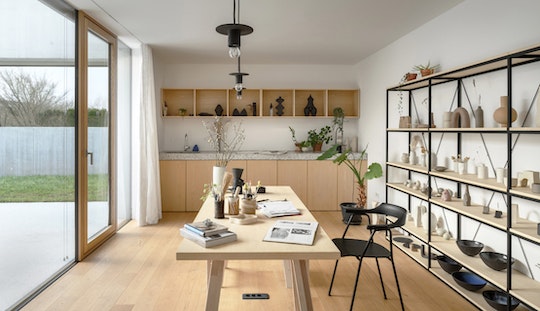 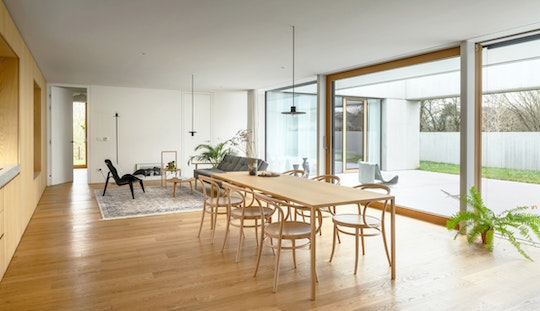 Like the façade, the aforementioned living area can also show clear edges: if desired, the work rooms in the northern part can be clearly separated from the living area in the middle and the bedrooms in the south by a sliding door. Characterized by many wooden elements and an open atmosphere, both reflect the simple but elegant lines of the building. And thus also cement the reputation of Arhitektura d.o.o. as a master of Slovene minimalism. At least we think so. With ceramics as a building material, even proverbially this would not have been possible. 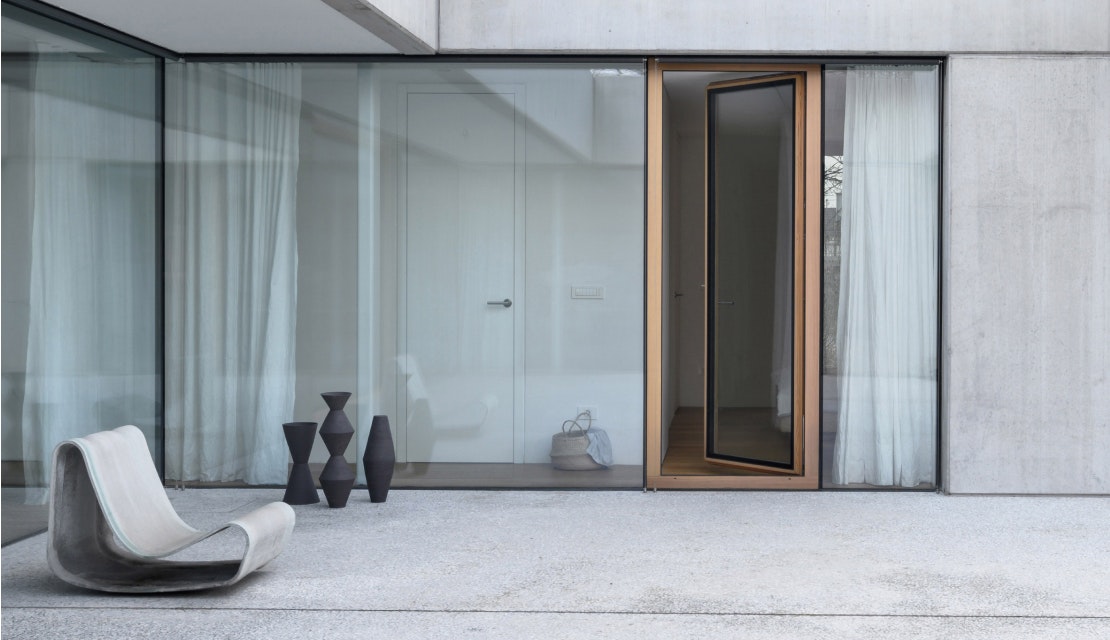