German pop artist Heiner Meyer has been fascinated by the ingenious design of the 911 for decades, regularly incorporating it into his work. Not only that, he also owns two Porsches – though he doesn’t even have a driving license. In our interview he recounts his life as a Porsche passenger and how a visit with Salvador Dalí sparked his love for the brand.

The 911 keeps popping up in your works. Why is a Porsche the ideal art object?

The form itself is quite brilliant, and I have an immense respect for it. Driven by my fascination for this design, I keep asking myself: Where can I apply it? What can I combine this wonderful design language with? As a whole, but also in detail. My works very often create dialogues between a figure and the car.

How exactly do you compose your pictures?

When I start a project, I usually don’t know how it will turn out. Generally, it works itself out on its own, either through the colors or the form or through an interaction of several factors, which I then consciously and repeatedly seize upon. 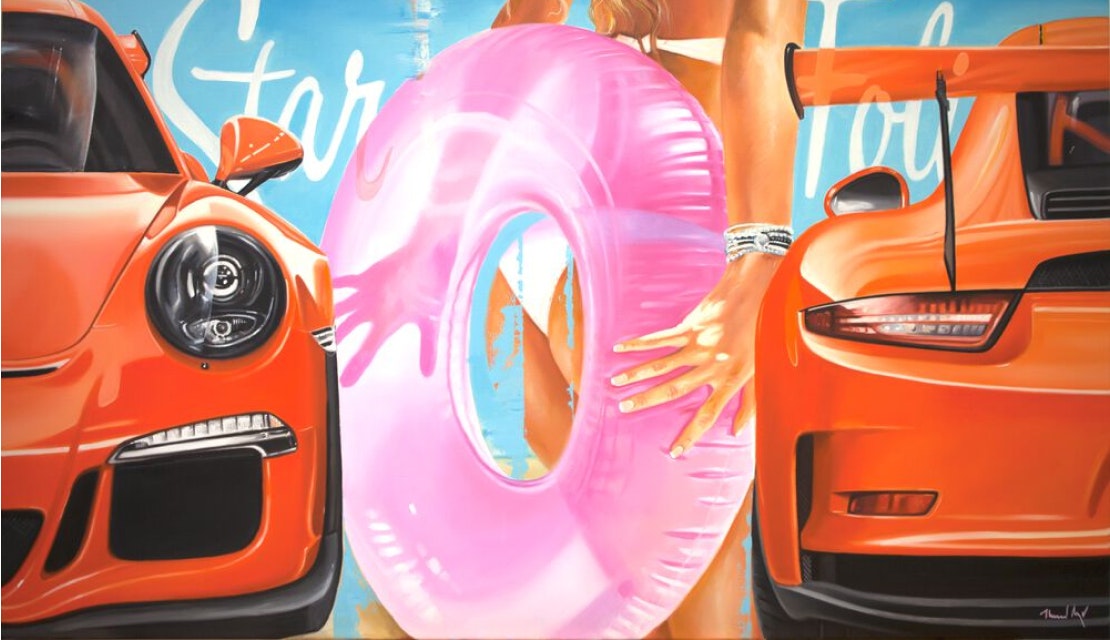 In my latest work, for example, a green Porsche enters the picture from the right. In the foreground there is a young woman looking at the car. She is wearing a summer dress with a shepherds’ plaid pattern. This in turn echoes the fabrics that used to be found in Porsche interiors. In the background you can see a Picasso that features the green of the car.

There is one thing that I have in common with Picasso and Andy Warhol: we all like cars without having a license.

You don’t have a driver’s license? But you own a Porsche, don’t you? 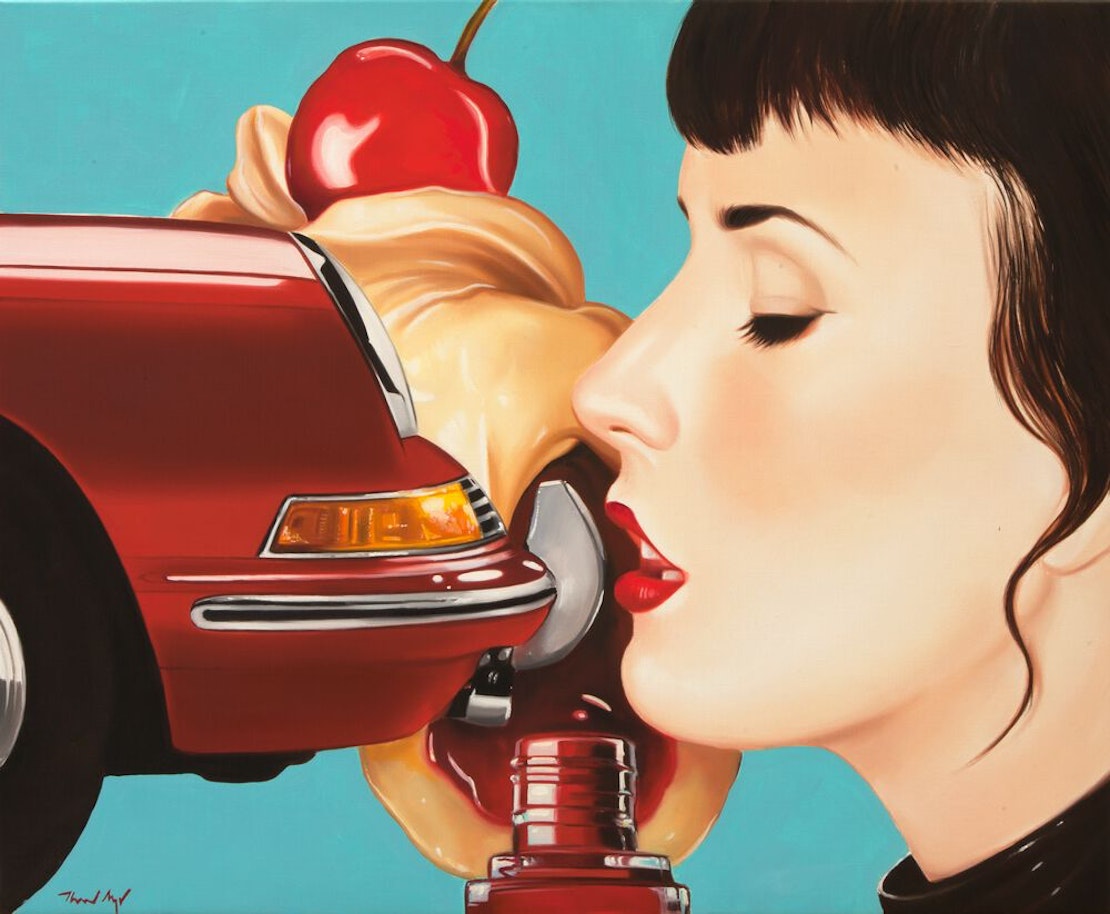 How can you stand owning these cars without being able to drive them?

That’s no problem. My wife drives them. I’m a perfect passenger.

Will you ever get your license?

No, I think I’ll spare humanity that.

How did your passion for Porsche get started?

A friend and I had the idea to have a car painted by Salvador Dalí. I had worked for him as an assistant for a while before, so I knew him quite well. We asked a car dealership in Hanover whether they would provide us with a car for this purpose and were kindly given a Carrera RS to drive to Spain. That was my first contact with a Porsche. 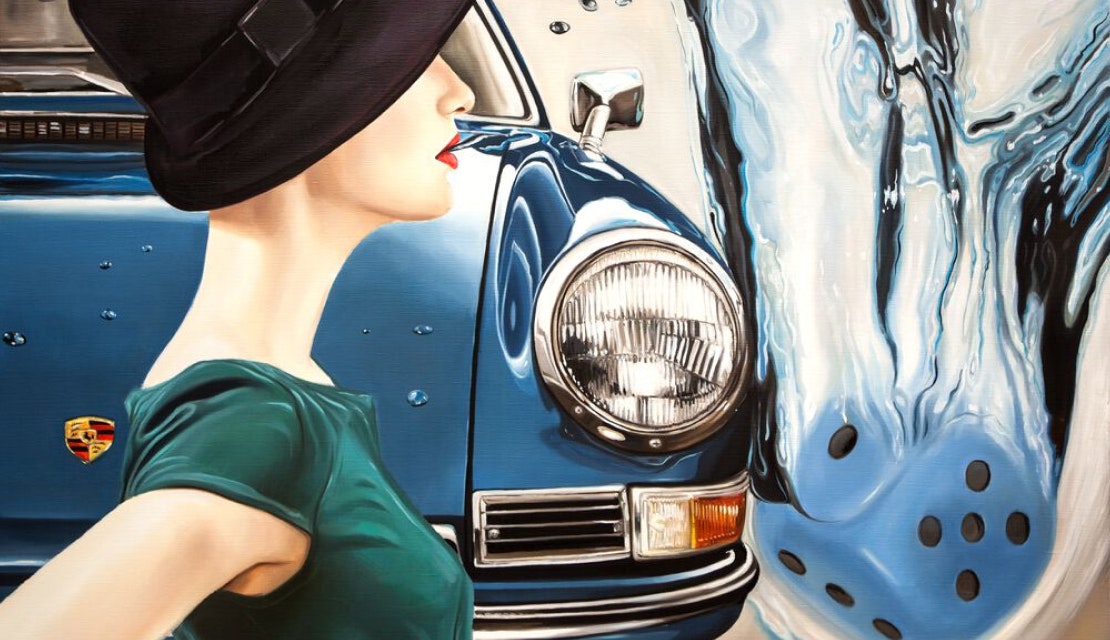 After not quite 850 kilometers we wrecked the car because I grabbed the steering wheel while my friend was driving. I thought there was a curve coming up, but there wasn’t. So we landed in somebody’s front yard and the car was totaled. Pretty stupid. But we arranged for a replacement car in Munich, drove it to Spain and had the hood painted by Dalí. Later it mysteriously disappeared. To this day we don’t know what happened to it. But my passion for Porsche has remained.

You like to use turquoise in your pictures. What does this color mean to you?

I associate it with Miami and with summer. It makes you feel cheerful and upbeat. I’m definitely a summer person. That’s why my Porsches have to have a sunroof: to let the sun shine in. And I think Porsche solved that very well in the coupe. 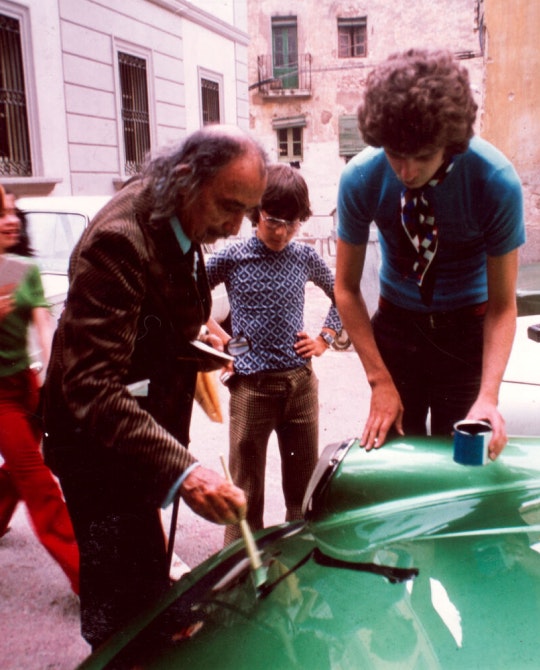 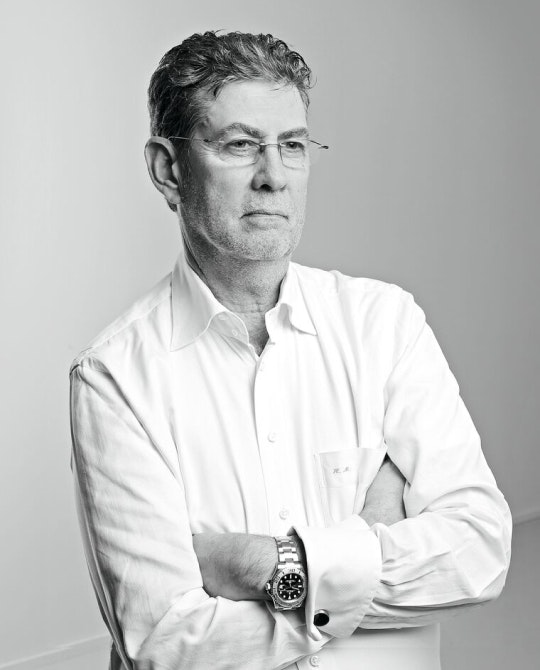 Heiner Meyer (1953) is a visual artist from Bielefeld. His works and sculptures inspired by Pop Art have been part of more than 250 exhibitions around the world - from Beijing to San Francisco. Meyer's art is known for not only depicting a certain moment, but for telling whole stories.