The 24 hours of Le Mans will take place this weekend. With real cars on a real race track. But without spectators and with a very long night.

If we had a »Mr. Le Mans« to choose from, Norbert Singer would certainly be on the shortlist. The brilliant engineer and designer led more than a dozen Porsche racing cars to victory from the pits in the 24-hour classic. Even in his retirement, the now 80-year-old is still present at the race every year. Let him summarize the 24 Hours of Le Mans briefly and concisely: »Le Mans is very long and very fast. These are exactly the characteristics that also distinguish a Porsche: It is reliable and fast. Le Mans and Porsche - a perfect fit. Ferry Porsche already recognized this.« 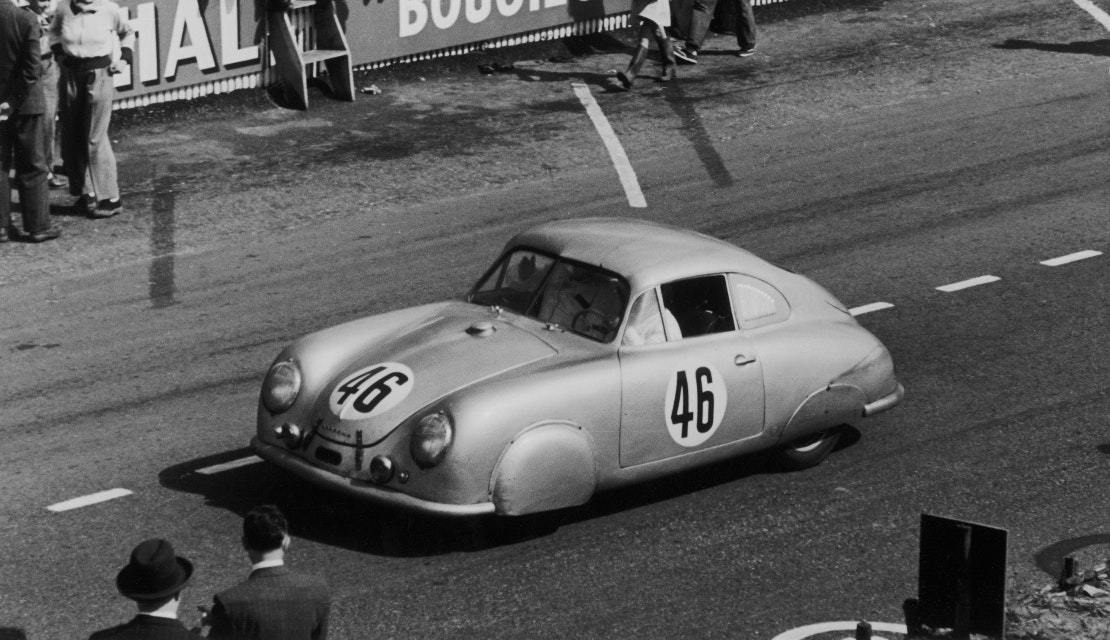 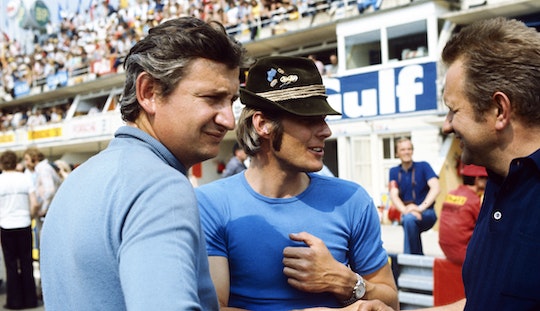 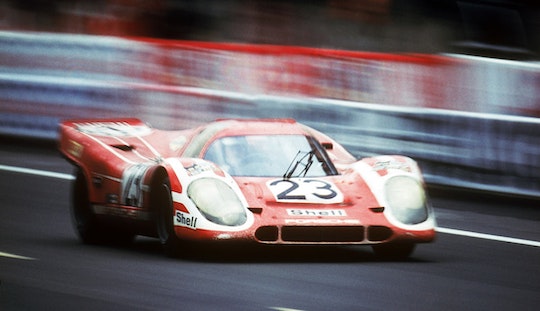 Porsche fans can recite it immediately after waking up from a deep sleep: First class victory as early as 1951, the last in June 2020 in the corona-based virtual edition of the 24-hour race by the Porsche Esports team. First overall victory in 1970, the last of 19 in 2017.

On this Saturday (19.9.) the field will be sent on its way at 14.30 hours. The early start time is the first change of many. Because the Tour de France ends in Paris on Sunday, the spectators should not be spoilt for choice. Of course, this is only about the ranks in front of the screens. Spectators are not allowed in Le Mans (Eurosport and various streaming services will broadcast). 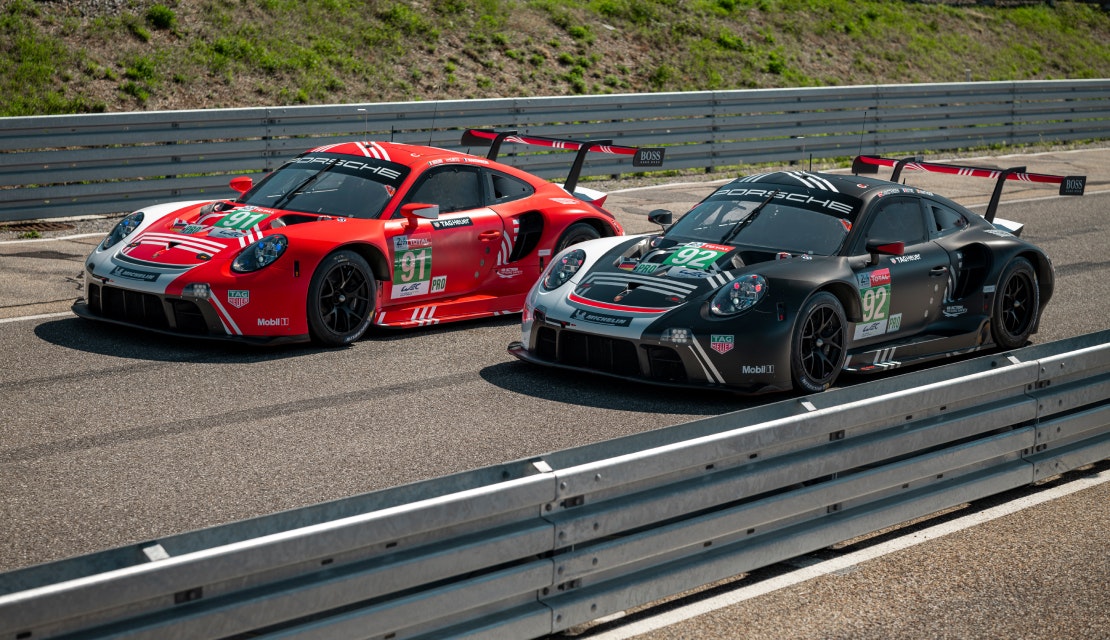 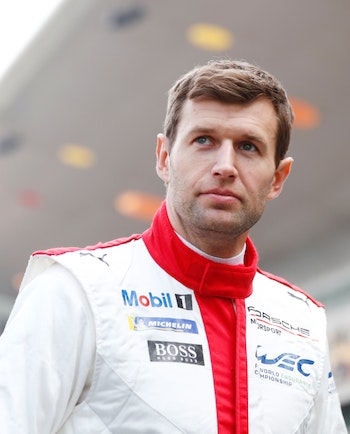 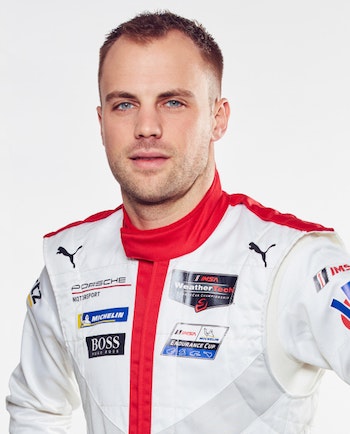 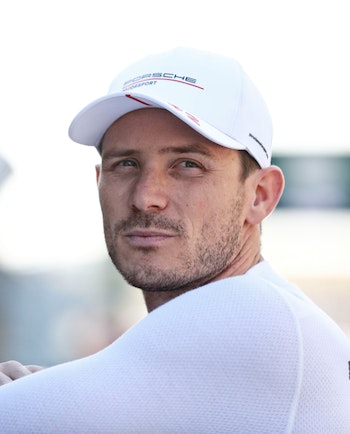 But at least there will be real racing cars on a real racetrack, not computer-generated cars with a track like in June. This time the Porsche works team will be competing with two 2020 Porsche 911 RSRs. WEC regulars Gianmaria Bruni and Richard Lietz alternate with Frédéric Makowiecki at the wheel of number 91. In 2018 and 2019, the experienced trio took second place in the GTE Pro Class. In the identical sister car with the number 92, the reigning long-distance world champions Michael Christensen Kévin Estre will again be supported by the Belgian Laurens Vanthoor. Two years ago, the three drivers had achieved a commanding class victory in Le Mans with the 911 RSR in the legendary pink-pig design. One category lower, in the GTE-Am class, three experienced customer teams are using a total of eight Porsche 911 RSRs of the 2017 specification. 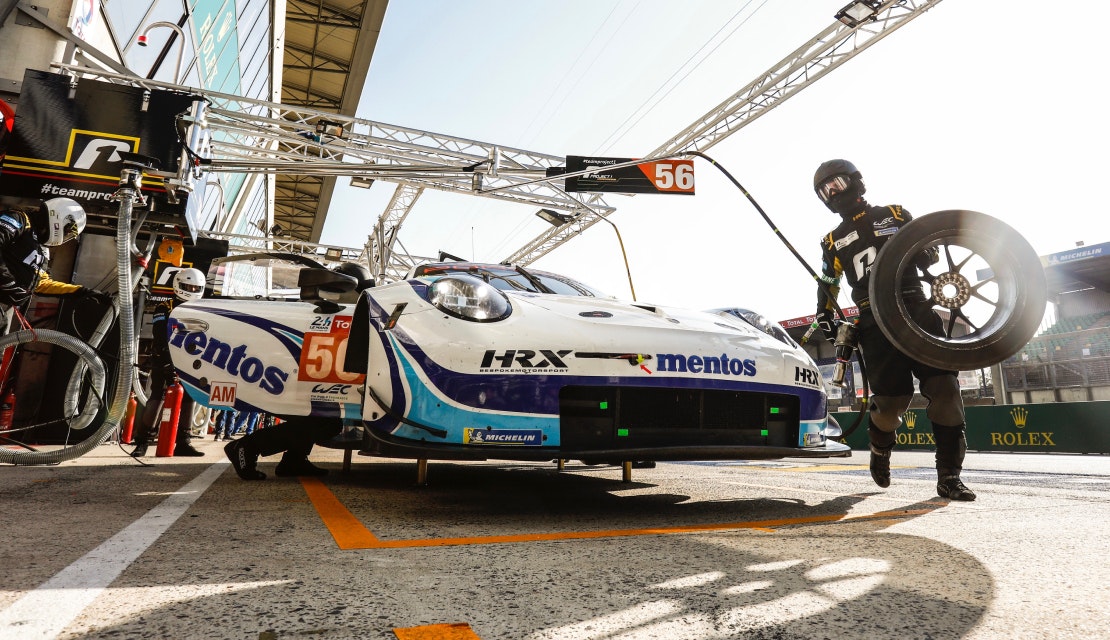 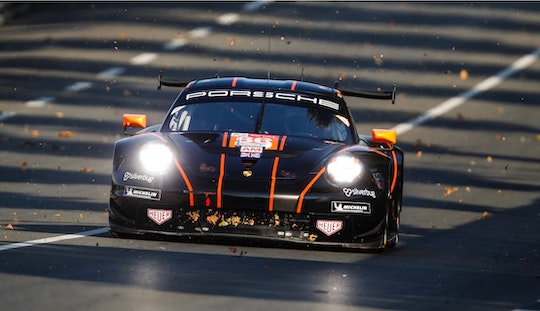 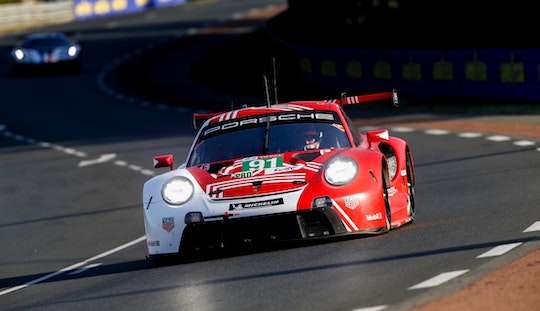 Pig pink does not drive through the picture in 2020. Nevertheless, the two 911 RSRs of the Porsche GT Team will attract attention: They will compete in red and white and black and white. The red and the white are a homage to the first overall victory in 1970. Hans Herrmann and Richard Attwood started under the flag of Porsche Salzburg. The Porsche 917 was painted in red and white, the national colors of Austria.

Only one of the now 88 editions of this race also took place in autumn. That was in 1968, because of the student unrest in France the race had been postponed. With the second and third places, Porsche already had a taste of the first overall victory. The winner was exactly the Ford GT40, which in 1969 - with Ickx/Oliver instead of Rodriguez/Bianchi - left a Porsche 908 behind by only 120 meters after 24 hours in the fight for the victory. 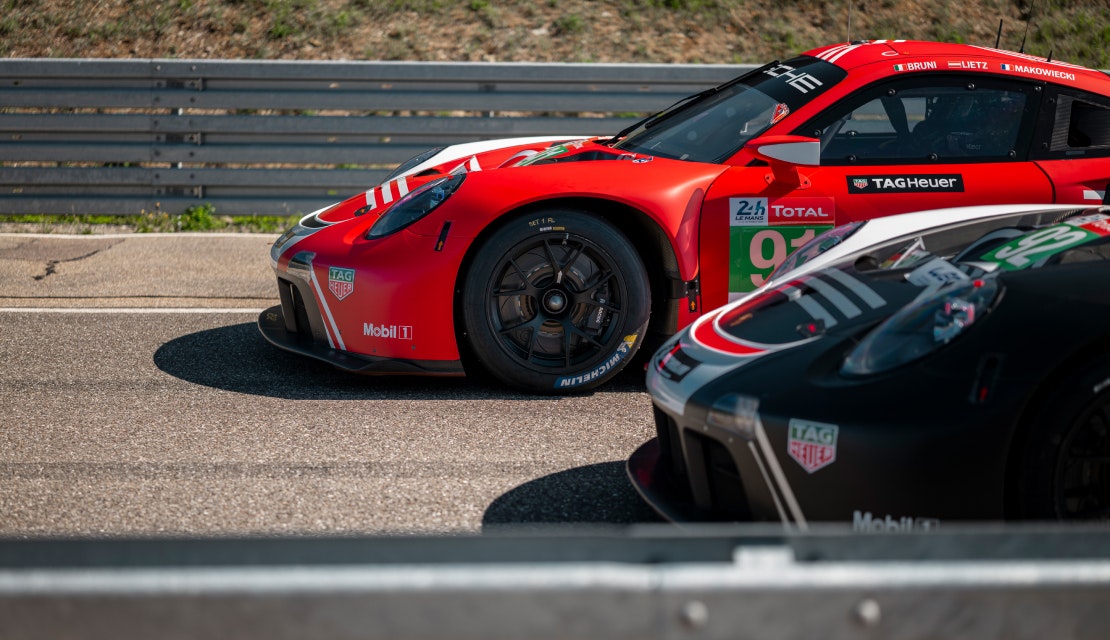 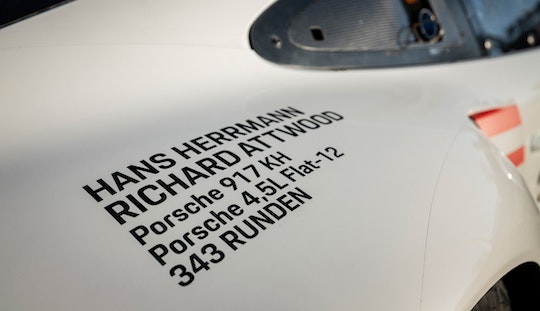 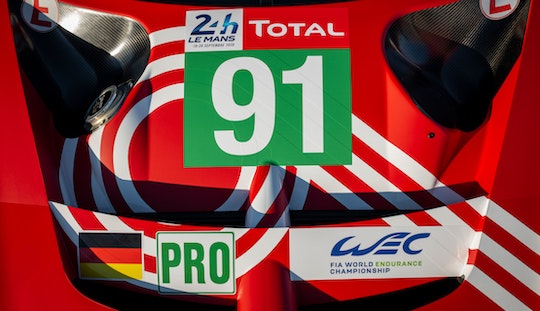 Compared to June, the night in September pushes the day strongly into the defensive. Instead of eight, there are now twelve hours of darkness. That is no bad thing for some drivers. When the temperatures drop, the engine power increases. Reason: The cooler air is enriched with more oxygen and thus ensures better and more efficient fuel combustion. The engineers give a deep insight: »A drop in the ambient temperature of five degrees Celsius results in a one percent increase in power output of the 515 hp engine of the 911 RSR«. Pascal Zurlinden, overall project manager for works motorsport at Porsche, comments: »If the weather conditions are good, we will see a much faster race than in June.« Because the sun is lower in autumn than in midsummer, the lighting conditions are more problematic for the drivers. »Our boys have to squint their eyes a bit more often. But after all, they are top professionals,« explains the Frenchman. He personally benefits from the new date for a completely different reason: Zurlinden suffers from hay fever. Pollen hovers mostly in spring and summer. »I am certainly not the only one who is looking forward to being able to act almost allergy-free in Le Mans in September.«

Hardly any fan follows the racing over 24 hours on the grandstand. But Le Mans is never just a race, but a public festival. This includes a real fairground with a Ferris wheel and shooting galleries. Traditionally, numerous British people mingle with the usually 250,000 spectators. The celebrations are international and are often held on the extensive campsites spread around the 13.6-kilometer course. At least that's how it has always been up to now; in 2020 there will be nothing to see of all the fuss. 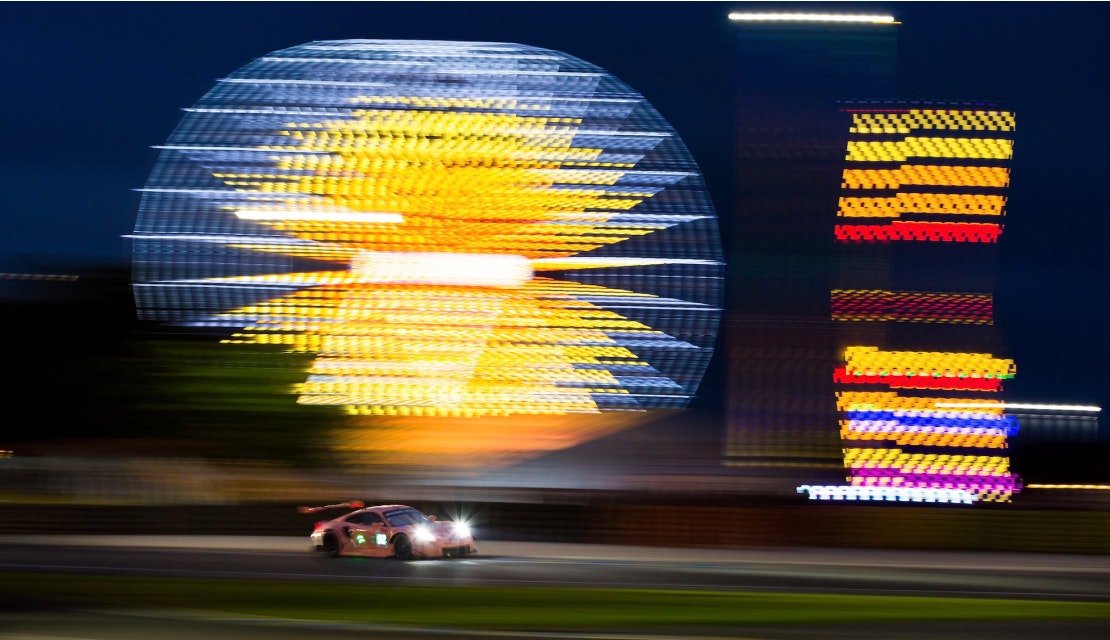 At least the race remains on the track. And in principle, that is unlikely to have changed much since the first edition in 1923. Let's let Norbert Singer speak at length once again: »There may be superstition in this, but you only celebrate once the car crosses the finish line. Especially during the races, which initially ran without any problems with scheduled pit stops and so on, I became more and more nervous the longer the race went on. If someone had a puncture - even if it was just before the pit stop and he had to come in a bit earlier - it was a »that’s it« feeling for me. That goes on until the last lap. After all, in 2016 we saw the leader break down on the last lap. In any case, I always hated it when someone wanted to open the champagne an hour before the end of the race.« 2016? A Toyota failed, the Porsche 919 Hybrid won the race.

A small drop of bitterness: In 2020 Porsche is less concerned with overall victory than with winning the GTE-pro and GTE-Am categories.