Land of the E: The Taycan 4S at the LA Auto Show

At the Auto Show in Los Angeles, the Porsche Taycan celebrates its American premiere - as the 4S, the current entry-level model in the electric series. The latest Taycan expansion stage was visualized in advance by an old acquaintance: 3D artist Chris Labrooy.

Water wings: Aren't quite standard equipment on the Taycan 4S. But the latest addition to Porsche's electrically powered model family doesn't need them anyway. Among others, because 3D artist Chris Labrooy didn't send it swimming in a pool like other models from Zuffenhausen before its American premiere at the LA Auto Show. Instead, the four-seater sports car is elegantly staged in front of a modern residential building in a desert area. This fits the electric entry-level model from Porsche much better anyway: Not only because of the minimalist formal language of both objects in the picture and the light complementary colors of thee 4S and the desert - but also because dry plains in the USA are traditionally home to fast cars. The El Mirage Dry Lake near Los Angeles sends its regards. And the Tayacan 4S with its up to 571 hp, which accelerate it to 100 kilometers per hour in just 4 seconds, definitely doesn't need to hide around there. Who needs water wings when they have real wings?

At its premiere, the Taycan 4S will be accompanied by the new Macan Turbo and the electric race car 99X Electric. The latter will promote Porsche in the run-up to the Formula E season start on Friday in Diriyah - and the brand's start in the all-electric racing series. 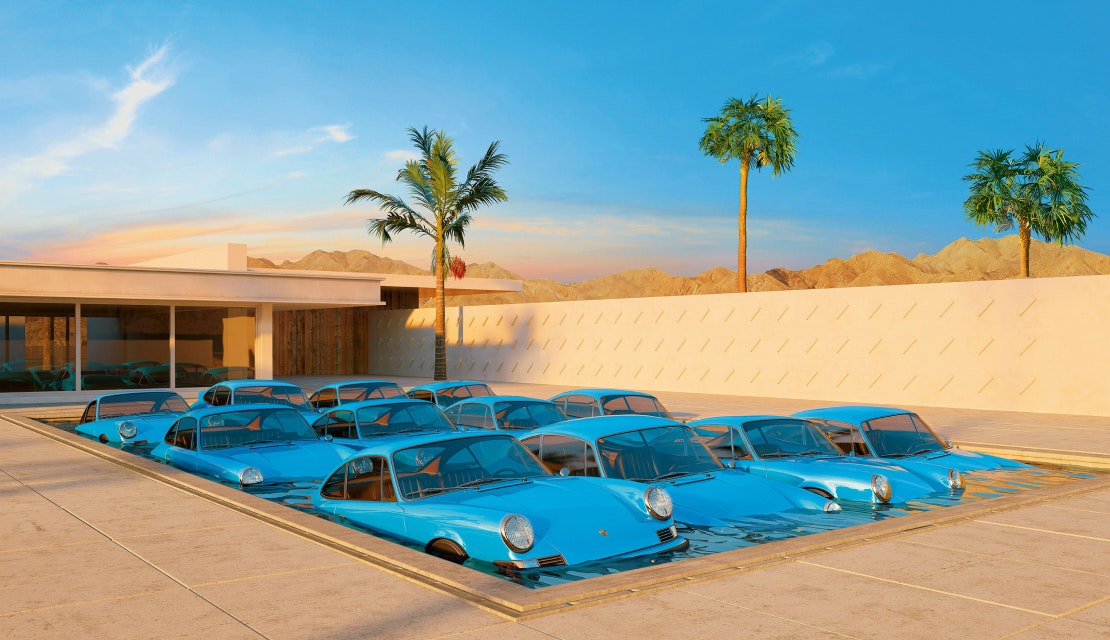