Usually, the driving pleasure results from the relation between curve and straight line. However, the participants were aware that this year's »Kottenrun« was going to be anything but ordinary at the latest when the gate to a former military airfield opened in front of them. A field report by Sebastian Zimmermann.

This year again we joined the Kottenrun an it was bigger than ever. What startet a few years ago as a nice ride with some friends has etablished to one of the biggest private meetings for classic Porsche, no matter what style or age. During the last years the Kottenrun was only a one day event but this year it would become two and a half days full of riding and good food and nice conversation about Porsche. Organised just over whatsapp the group grew up to nearly 40 cars and it was a colorful mix from the early 911s to a modern GT3. 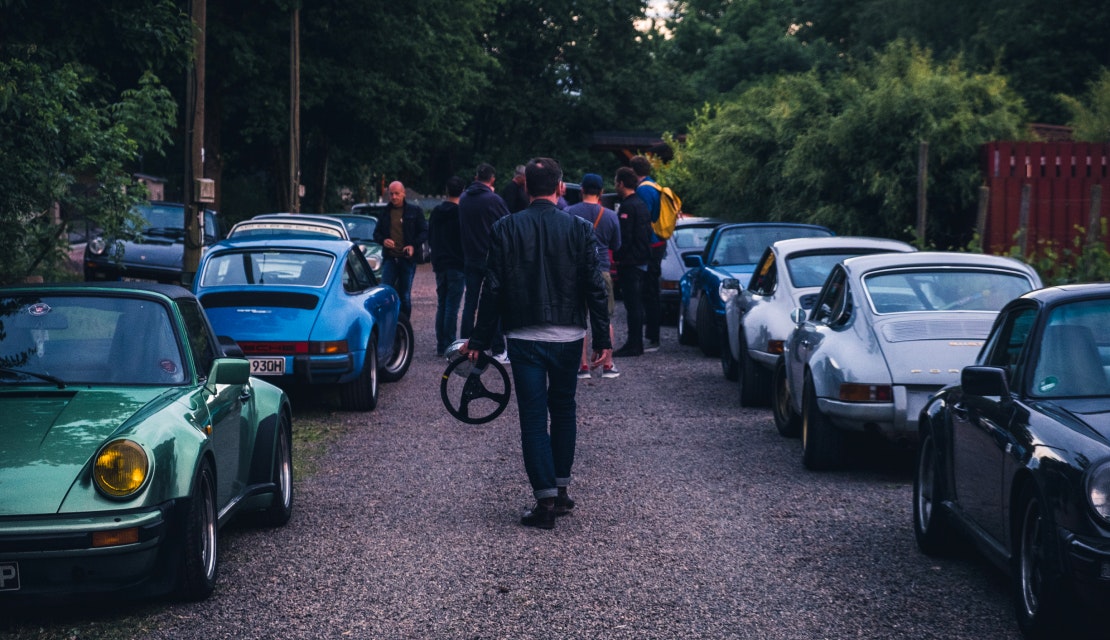 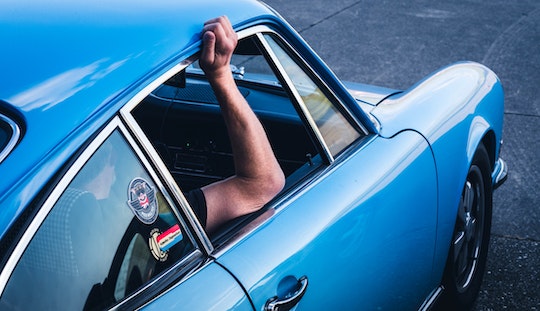 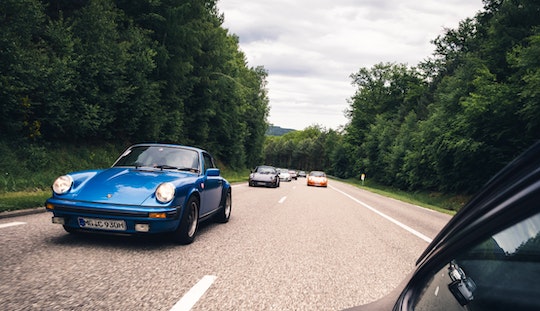 The whole group met at the evening before at a spot south of Trier in western Germany, not far away to the borders to Luxembourg and France. Not only the cars were special but also the location where we slept. A nice area at a lake with some big wine barrels which were equipped like little hotel rooms with everything you need. Pretty much the perfect accomodation near the Mosel region where the eponymous river flows through big vineyards. After a warm welcome and a quick dinner we decided to go to sleep in our barrels to get up early on the next morning. 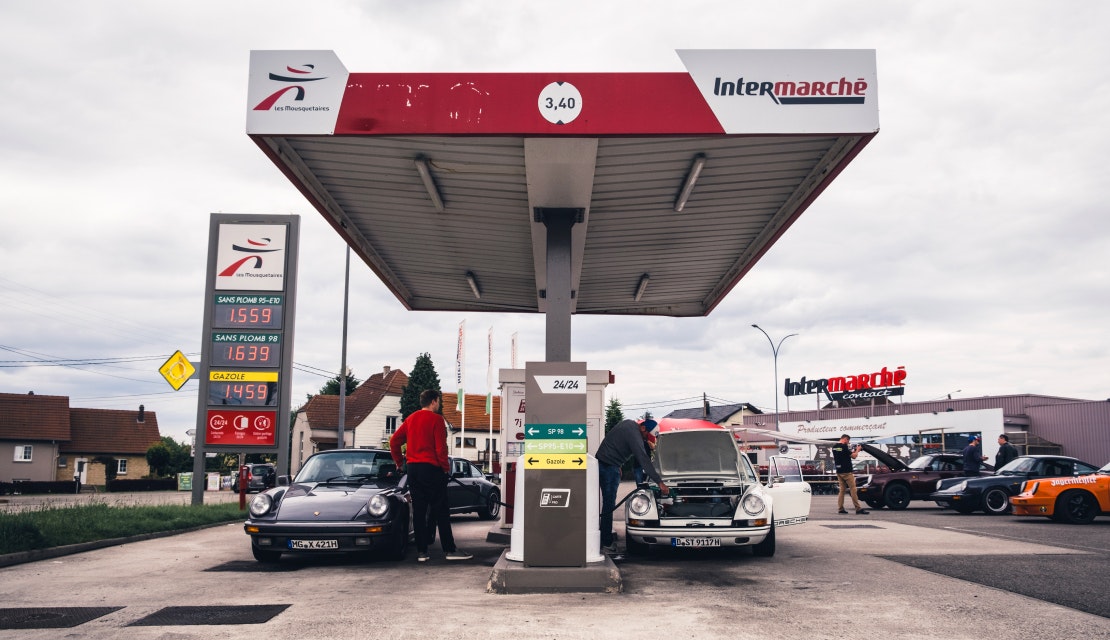 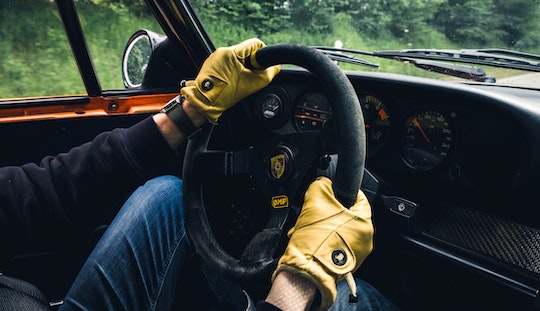 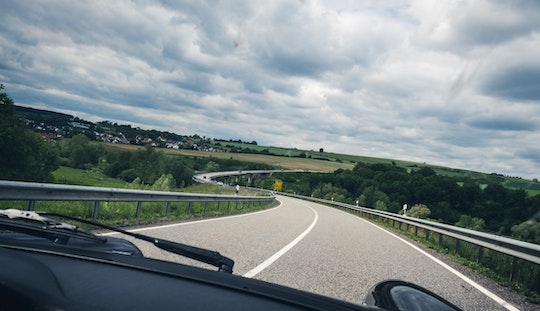 For the first day we had to choose between 3 routes which would lead us to France, to Luxembourg or to the Eifel. We took place on the co-driver seat leading us to some nice curvy roads in France. The result: a day full of fun, driving all the time and only stopping in a small french town to get some lunch. In the evening we all came back pretty exhausted - but happy. Finally, a buffet in a brewery not far away awaited us to give us a perfect ending of the day. Hundreds of photos and maybe hours of videos gave us the chance to compare our route to the others and to exchange the experiences of the day. 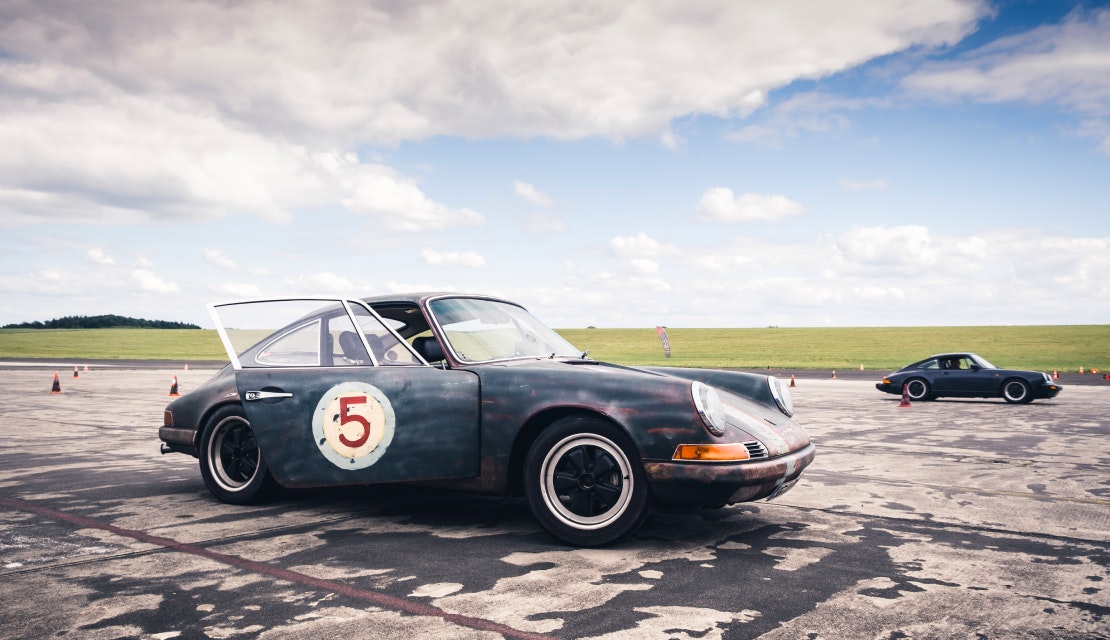 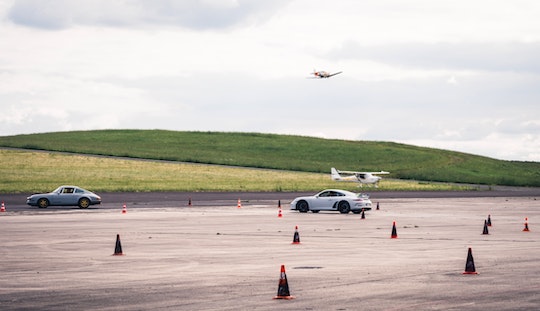 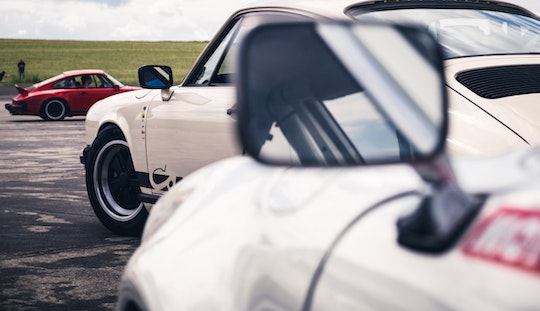 The next day would be the highlight of this years Kottenrun. Jörg, our local guy and one of the organizers, managed to get access to an airfield next to Bitburg. This former british military facility is now used by small airplanes and helicopters. Right next to the daily air traffic we had our own field in front of old hangars and felt like real pilots, too. 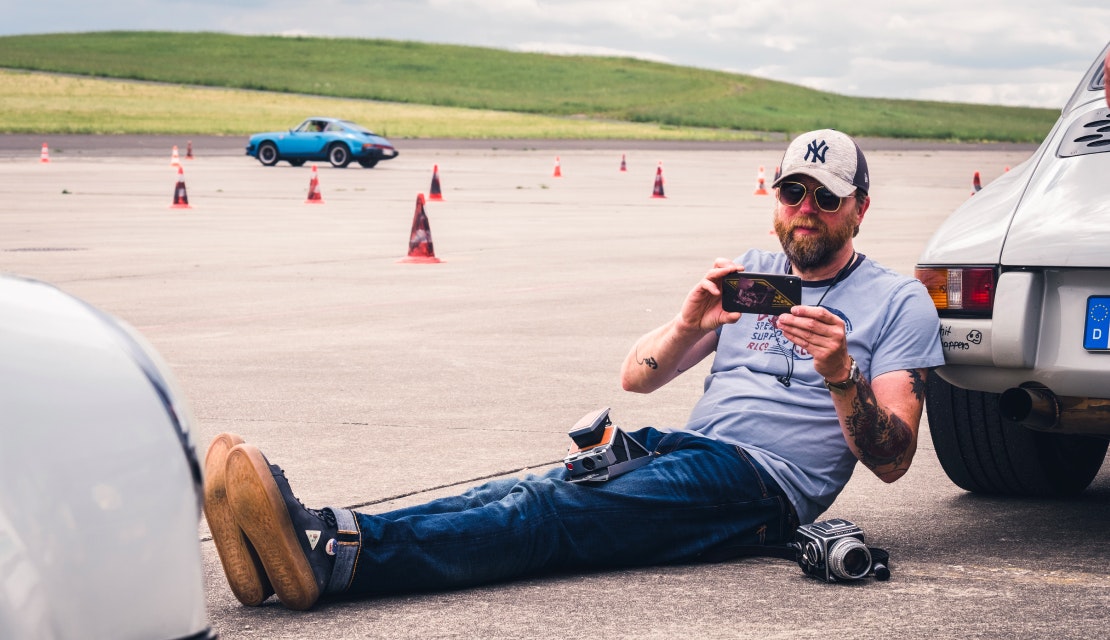 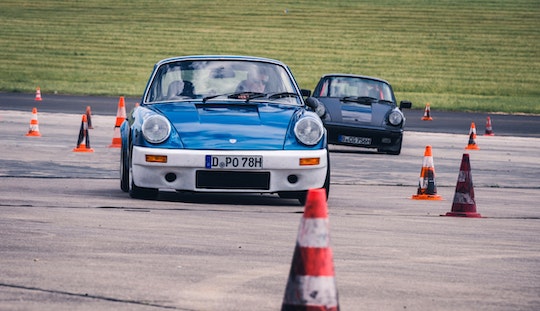 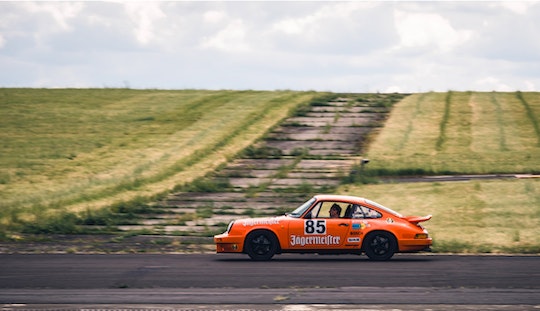 Quickly a small course was set with pylones and the battle for the fastest laps begun. Shortly after, a historic warplane gave a spontaneous occasion for a quick photoshooting with some 911 models. A few minutes later the plane took off and the cars went back to our small racetrack. It was at that moment we realised: one day on the airfield is not enough but the next trackday was allready planned. In the evening we came back to our wine village to end this perfect trip with a homemade BBQ. 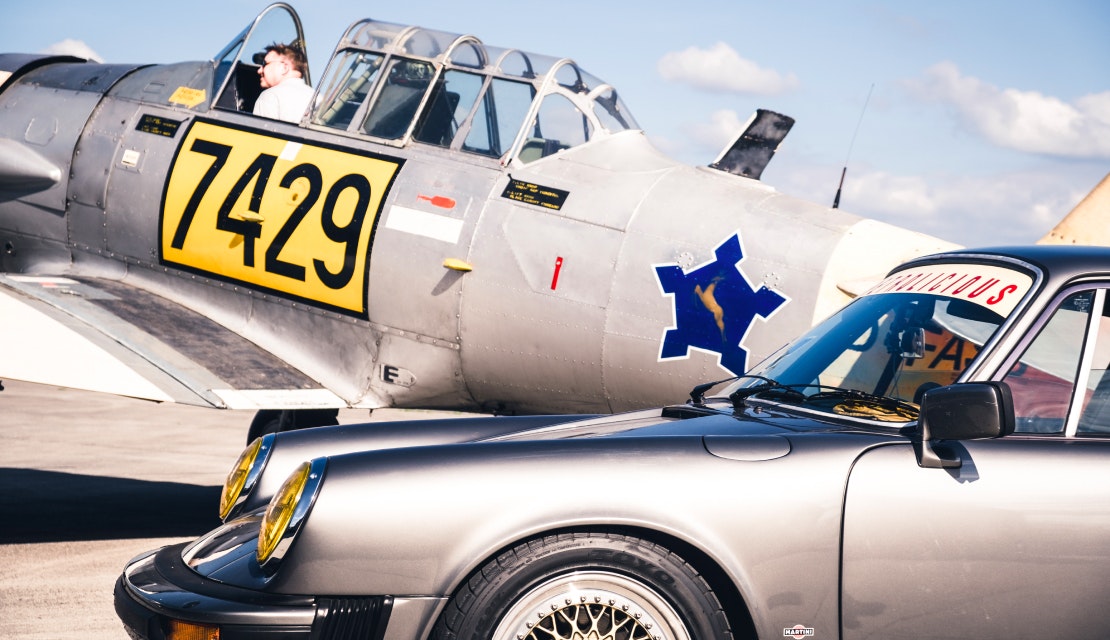 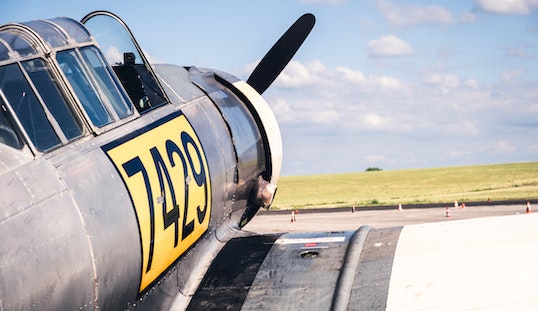 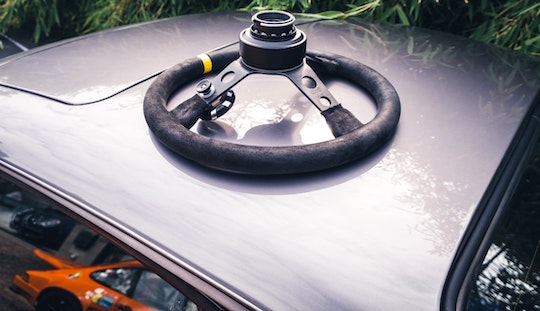