There's only one thing that helps right now: Staying cool. Our inspiration for this is Steve McQueen. The actor would have celebrated his 90th birthday today. Reason enough to look at five more or less known facts about the »King of Cool«.

The 36 minutes of Le Mans

You read it right: for 36 minutes producer and actor Steve McQueen lets only the pictures speak in his epochal work »Le Mans«. Besides the sound of the engine and the stories of the track speaker, of course. On the other hand, dialogues are a no-go in the film about the long-distance classic. At least until McQueen in the role of Michael Delaney drives his Porsche 917 into the pits for the first time after a good 36 minutes.

Not a bit off the ground 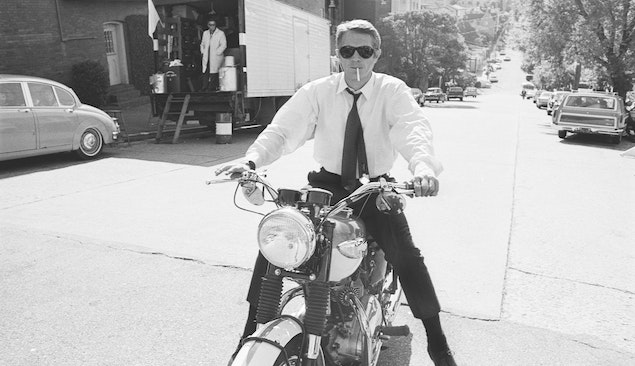 In addition to his weakness for motorcycles, sports and racing cars, the daredevil also has a passion for flying. And that's why he buys a few planes later in life. Among them a Boeing PT-40 Stearman. With this plane, some motorcycles and his third wife Barbara he moves into a hangar in Santa Paula. In his spare time he likes to fly to various airport cafés - he is especially fond of their cakes and ice cream. A cooler and more down-to-earth flat share? There is none.

(Un)happy in front of the camera 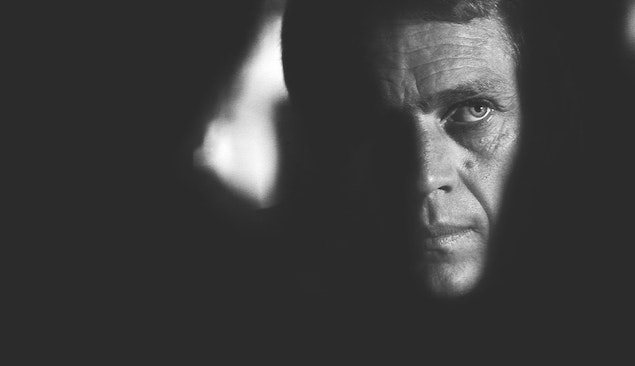 An actor always enjoys being in front of the camera? Not quite. Steve McQueen does. Prepared for any shot in film and on set, the »King of Cool« avoids cameras in private. Only his third wife Barbara is allowed to take pictures of him in private. These are all the more authentic. Because otherwise the world would probably not have seen a very private McQueen with a full beard. 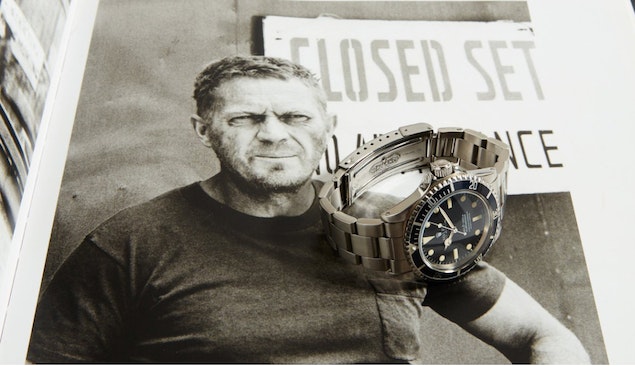 A submarine may be the only vehicle McQueen has never moved himself. The icon nevertheless owned two »Submariners« from Rolex in his lifetime. While he likes to wear one watch himself, he gives the second chronometer to his stunt double and longtime friend Loren James. With a rather individual dedication on the back: »To Loren, The Best Damn Stuntman In The World. Steve« It goes without saying that James' Rolex later survives a catastrophic house fire virtually unscathed. It is the best damn stunt watch after all.

Full speed ahead with Porsche 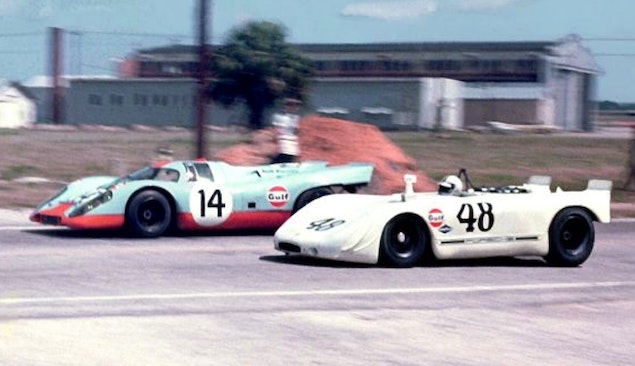 McQueen has been a true Petrolhead and Porsche fan all his life. And a natural behind the wheel. That's why he starts racing his first own car, a 356 Speedster. He celebrated his greatest success in 1970: At the second round of the Endurance World Championship at Sebring, McQueen finishes second, beaten only by a factory team from Italy. His vehicle: a Porsche, of course. McQueen uses the 908/02 via his own film company »Solar Productions«.