Just in time: Porsche wins the 24 hours of Spa

A good dose of Spa in autumn? In the case of the 24-hour race at Spa Francorchamps, it is anything but cuddly warm and relaxing, but rather cold and wet and rather nerve-racking. But for Rowe Racing it turned out to be a wellness day in the end - in a very dramatic way.

»A good racing car is a car that crosses the finish line first and then falls apart afterwards«, the ingenious car designer Colin Chapman is said to have once stated. Not easy to hit the timing so perfectly - but feasible. Proven by Rowe Racing and Porsche at the 24-hour race in autumnal Spa-Francorchamps. And with a thoroughly dramatic victory: In the lead and only one and a half laps away from victory, the 911 GT3 R with start number #98 of Nick Tandy, Earl Bamber and Laurens Vanthoor had serious problems with the gearbox. But what exactly happened? Nick Tandy explains: 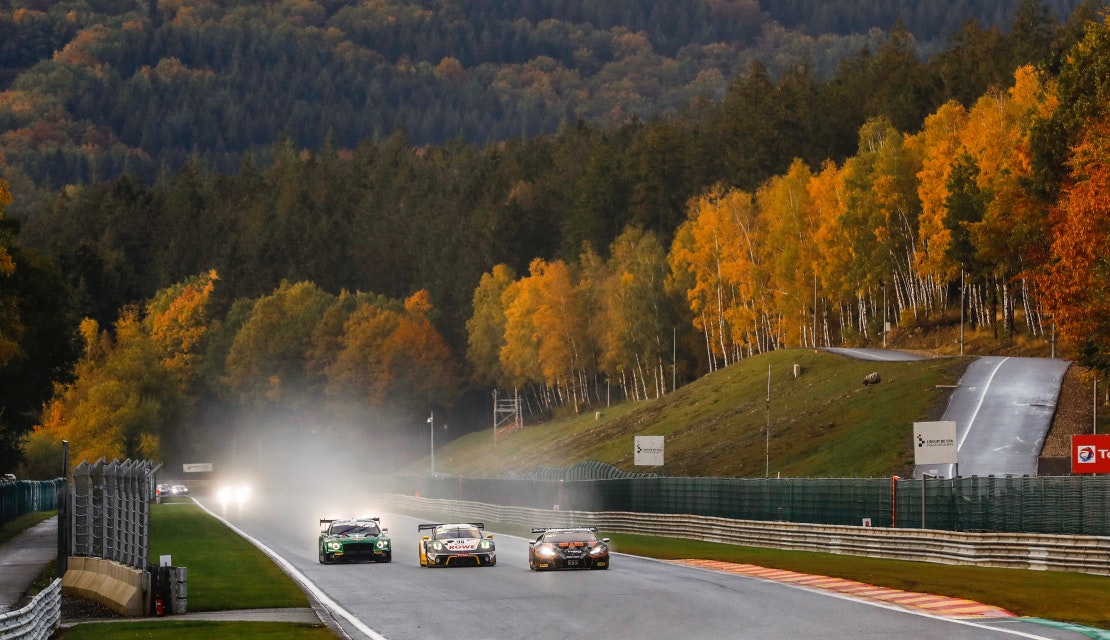 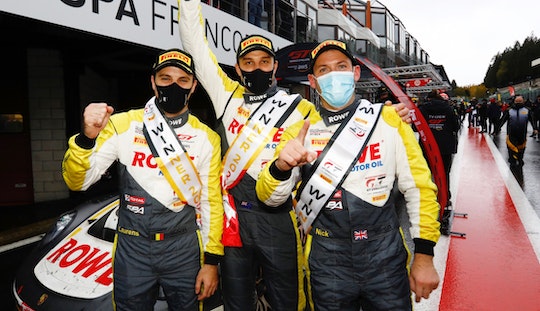 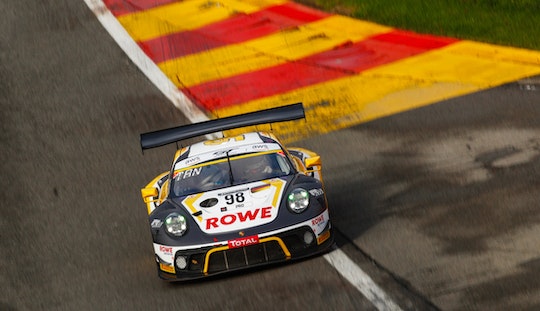 "I’ll never forget this finale. Our victory was hanging by a thread when loud noises suddenly started coming from the rear of the vehicle in the penultimate lap. It almost sounded as if small bombs were exploding. I got a fright and at the same time, the rear axle was sliding around on a trail of oil. What I didn’t realise was that the oil was coming from our car. I still can’t quite believe that the Porsche 911 GT3 R got us over the finish line. The relief and joy are indescribable.” 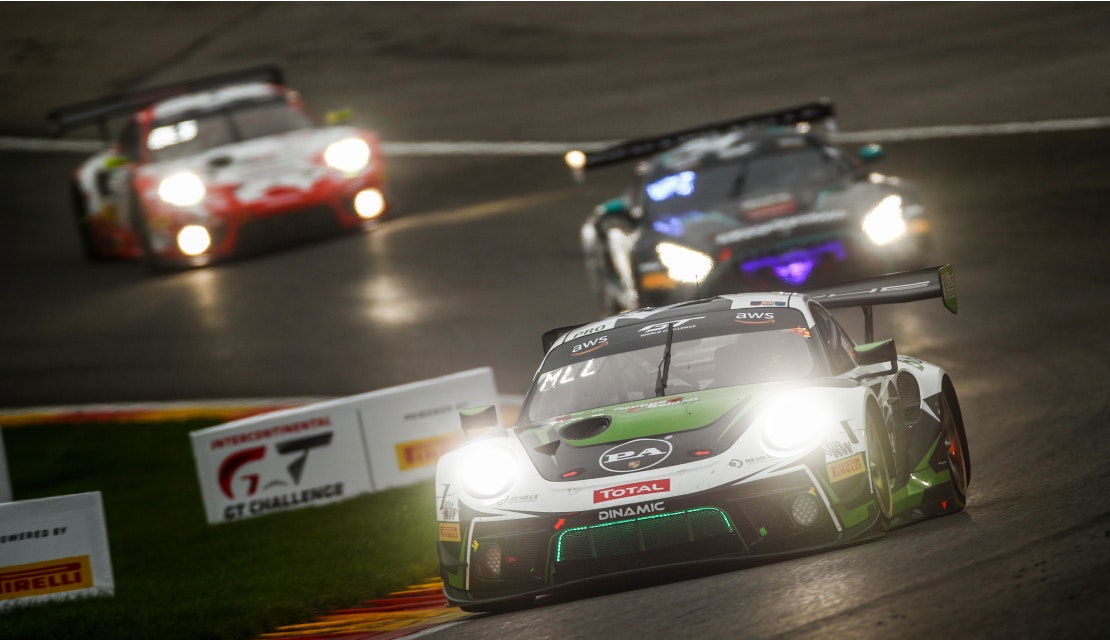 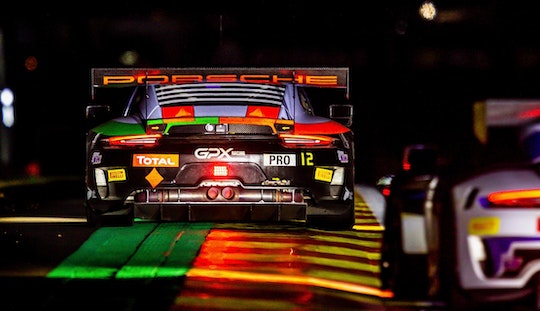 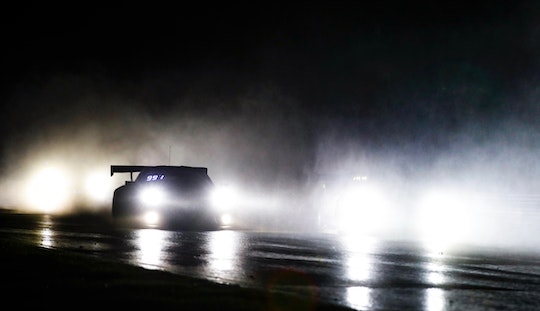 But also the other Porsche customer teams were able to show off: With Cairoli/Engelhart/Müller in third place, Dinamic brought the second-best 911 GT3 R to the finish line, closely followed by the GPX 911 from Campbell/Pilet/Jaminet in fourth place. Race retiree and replacement Jörg Bergmeister crossed the finish line with his Frikadelli team mates Olsen and Makowiecki in eighth place. That the eventful but for Porsche quite successful race did not last 25 hours as first planned (and actually caused by the time change)? We're sure that the engineers from Weissach also took this into account when developing the GT3 R. 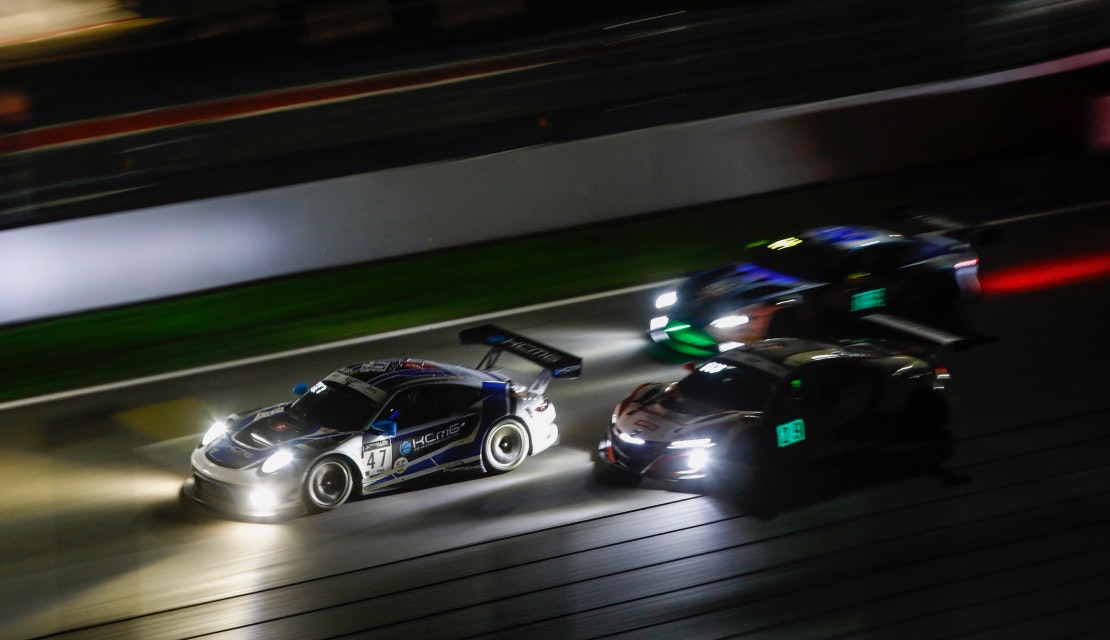