"It was as if I was sitting on a time machine"

In the 1960s Richard Vincent raced his Velocette MSS in competitions in California. Then came the war. Over forty years later, he met two Frenchmen who rebuilt his bike.

There are stories that are so amazing, so imaginative, you can scarcely believe them. This is one of them. It is the story of a man who rides the waves and races motorcycles in 1960s California. In 1967 he fights in Vietnam, is seriously injured and fifty years later meets two Frenchmen who rebuild his motorcycle, which had been gathering dust in a barn for decades. Our story ends with him going for a spin. But let’s tell it one step at a time. 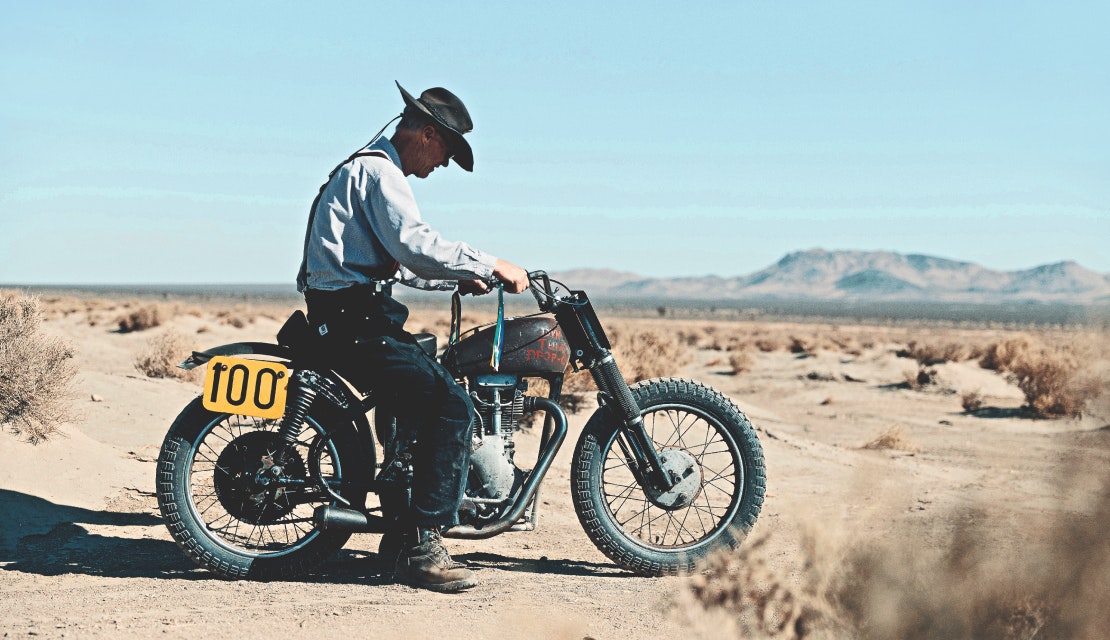 Speaking with Richard Vincent today, you don’t get the feeling you’re talking to a seventy-two-year-old man. He remembers the races with his Velocette as clearly as if it were just yesterday. And it still makes him laugh at how a BSA rider broke into tears after reaching the finish line because he had been bested by Richard Vincent and his shabby looking Velocette. The British manufacturer’s motorcycles are known for their quality, as well as for their speed. Richard Vincent says, “When I got it, I didn’t know how to ride it at all. The engine was a real challenge.” Richard’s Velocette MSS may not look like much, but it has a Lou Branch cylinder head, Branch being the Velocette importer in Los Angeles in the early sixties. Customized is certainly one word you could use to describe the bike; on the tank Richard painted the words “Dyno Tune Drop Out” in red. An inside joke, because Richard didn’t have enough money at the time to have a speed shop assess its performance. “It was just a joke of mine,” he laughs. Exactly the same kind of humor can be found in the colorful ribbons dangling from the handlebars, such as those you might find decorating children’s bicycles. “I always had them on the handlebars, I never raced without them.” 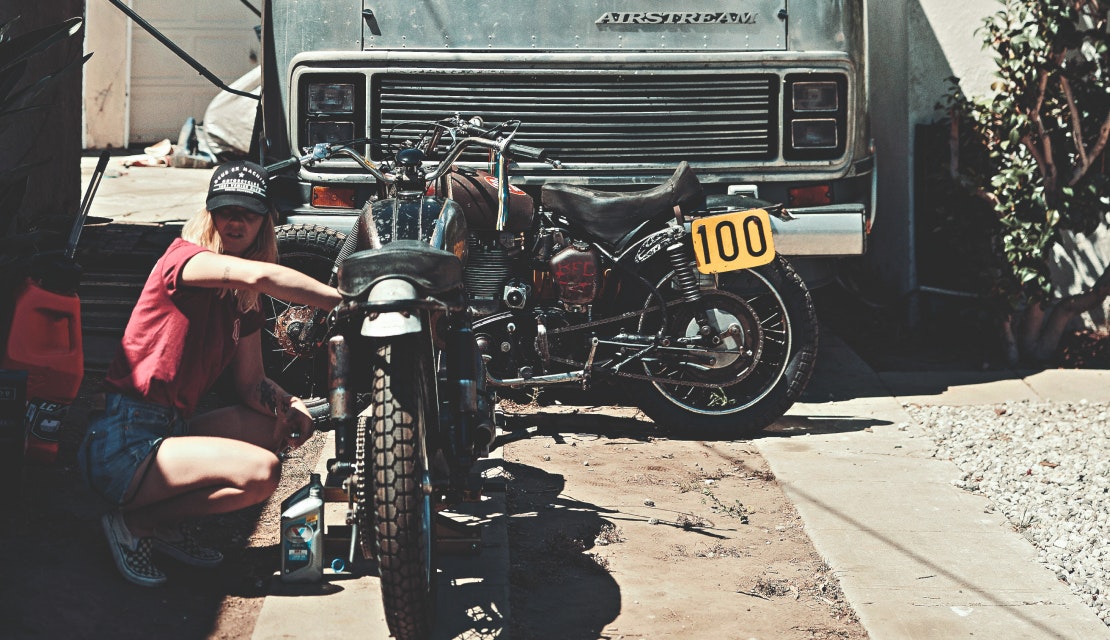 Richard doesn’t just race. He belongs to the “Endless Summer” generation; he surfs and sails around Santa Barbara, films and takes photographs. A good friend of his is surf and film pioneer George Greenough. Together they document the scene in California in the 1960s, and the old photos show him as tall, athletic and carefree on a killer bike. They look like an ad campaign for a happy-go-lucky picture-book life filled with sunshine. But in 1967 the endless summer comes to an abrupt end. Richard is drafted into the army, trains as an officer and is sent to the front in Vietnam. He spends only two and a half months there. When asked how old he was then, he replies, “In the war I was the old man. I was twenty-one.” Richard is seriously wounded, sustains injuries to his chest, arm and eyes, undergoes several operations and spends almost a year in various hospitals in Vietnam, Japan and finally on Oahu. His medical records weigh several pounds, which they refuse to release to him when he is discharged. “There is nothing like being in a war,” he says. We can picture the tall man on the other end of the telephone line in our mind’s eye, suspecting that his mouth has become a little narrower, albeit without a trace of bitterness. 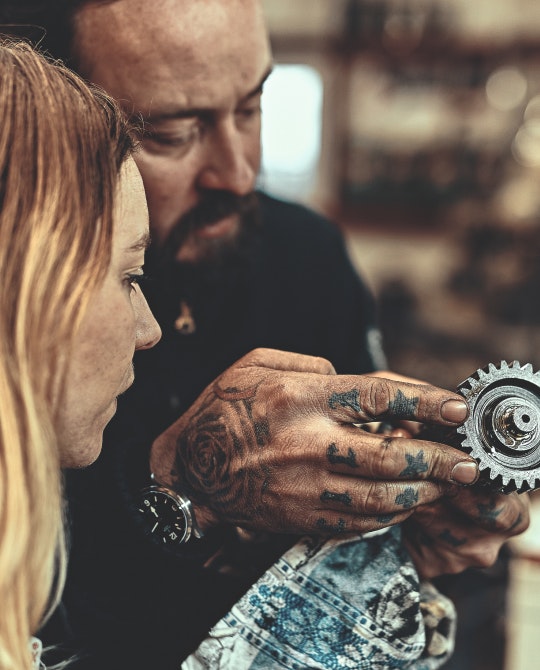 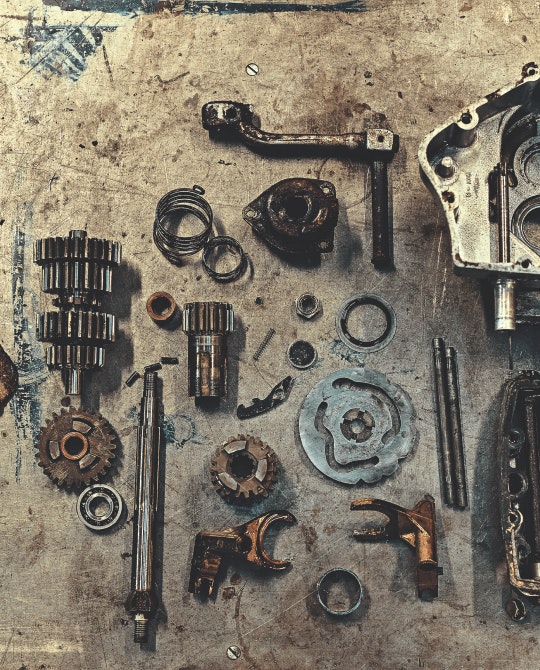 Returning home is not an option for him. “I didn’t want to go back to Santa Barbara after the war. I couldn’t bear not being able to race anymore. And I didn’t want to talk about Vietnam.” He moves to Oregon with his wife, where they buy a piece of land. Richard manages to make ends meet, and they keep a flock of sheep. It isn’t an easy life. Richard says, “Sheep either drive you crazy or they make you humble.” Richard Vincent is a humble man. But he still dreams of racing. But his motorcycles of yesteryear disappear into a barn, where they collect dust and rot away.

But not forever. It is Richard’s son who persuades him to exhibit the Velocette and the film and photo documentation at Wheels & Waves California in 2016 and in France one year later. “It was like opening up a pot of honey,” Richard still laughs. At the Wheels & Waves festival in Biarritz, he meets Zoé David and Frank Chatokhine. Frank is the head of Atelier Chatokhine, a customizing shop in Amilly, a city one hundred and fifty kilometers south of Paris, which specializes in British racing bikes. The idea to restore his Velocette and a Triumph Racer is born. Richard asks to think about it for a while, but then he agrees. “I wouldn’t have done it with anyone else. We had so much damn fun together.” The motorcycles are shipped off, disappearing for months into the Chatokhine studio. They are repaired with painstaking effort and with the utmost care given to preserving the patina – and transported back to California. 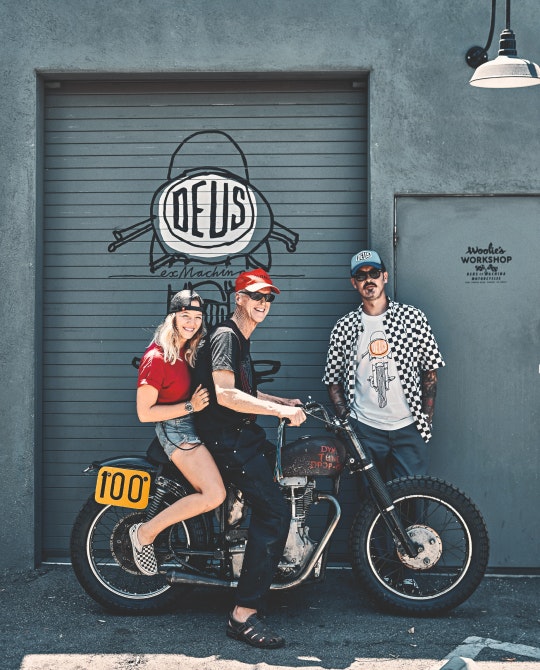 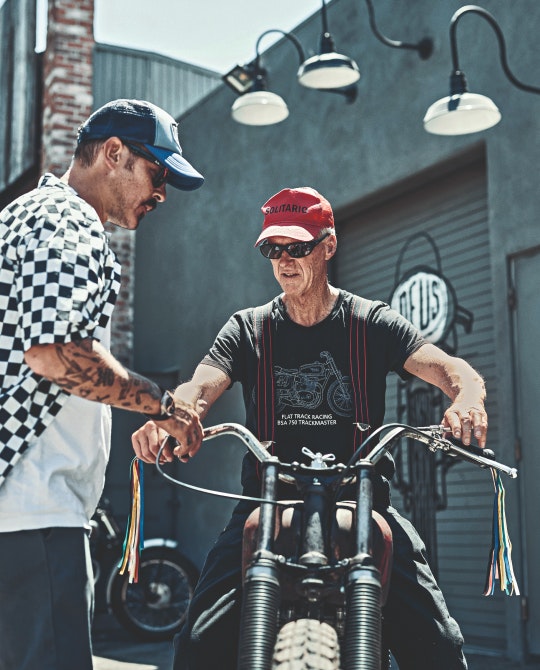 “The real surprise was not the sight of them. I knew what the Velocette would look like,” Richard said. “It was the moment when I got back on my track bike. The seat was perfectly customized to fit me, the handlebar exactly how I wanted it to be. It was as if I was sitting on a time machine, as if I had been transported back in time.” The greatest possible happy ending ever to a story? Perhaps. If you ask Richard if he is happy, the tall man from Oregon gives a very short, simple and cheerful answer: 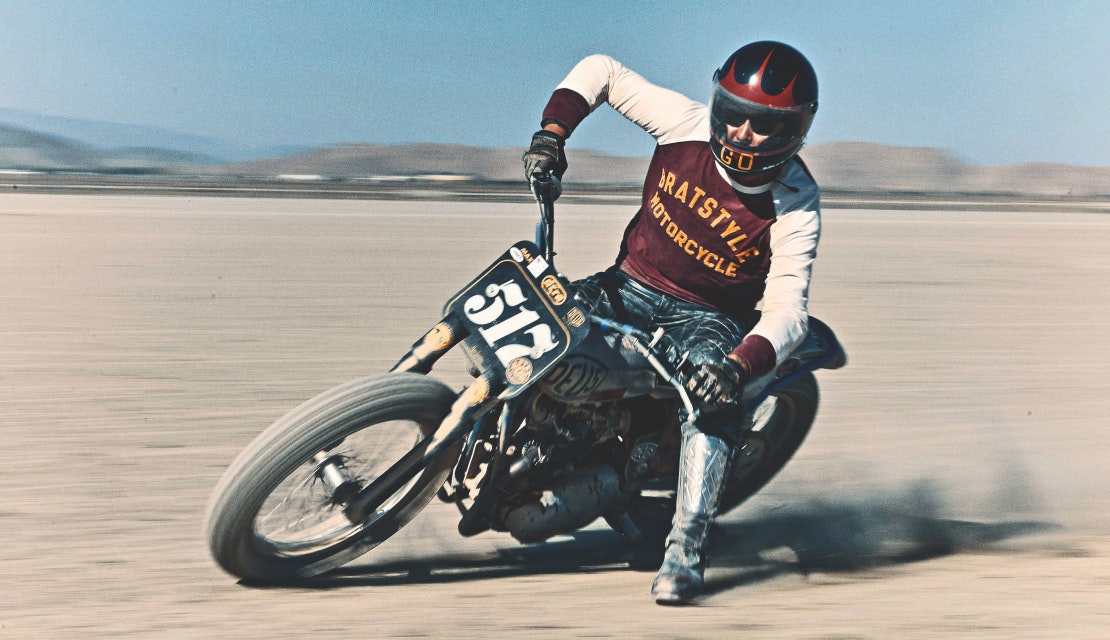