»It's just a fascinating construction!«

All good things come in threes? Two is better than one? Tired old sayings or not, for the Loés family is both true. Three transaxle Porsches meet two family generations and flying is the second passion. Leon and Maximilian Loés prove in the interview that such a combination does not put your head in the clouds at all.

Hello Leon, hello Maximilian! Three transaxle Porsches, two brothers, their father, and a Cessna: is it presumptuous to say that the Loés family flies on Porsche?

Leon: Admittedly, we are something special when it comes to vehicles! (laughs) As a rule, we never keep cars for much longer than a year or two. Then they are usually sold or traded in again. So the cars come and go in waves. Each of us has tried out different types of vehicles, whether motorbikes, cars, or now airplanes. With the Transaxle Porsche, we have again chosen cars that meet our requirements. So you could say that we »fly« on these cars! (laughs)

Which one of you pilots which of the four fast means of transport? Maxi: I sit behind the wheel of the Porsche 944 Turbo, my father likes to go for a drive on weekends in his 928 S4 and Leon sits behind the wheel of his 968. But he also flies the Cessna 172 Skyhawk chartered here in Speyer. 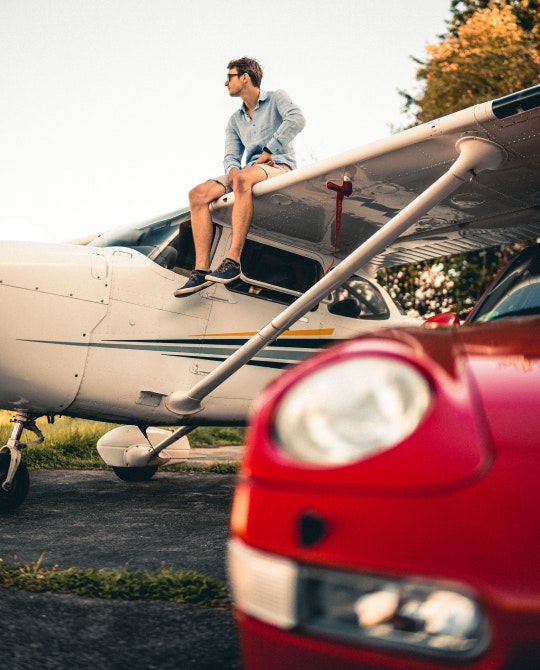 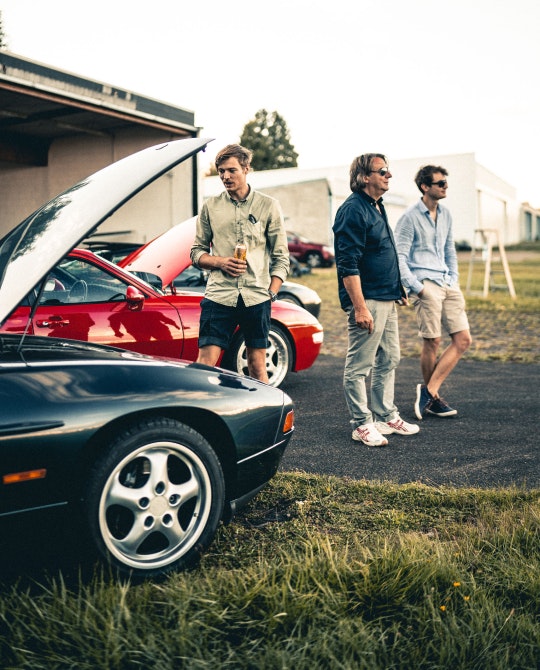 Have you inherited the transaxle gene from your father? Or what is the story behind this extraordinary Porsche trio?

Maxi: Actually rather the other way round! Leon started with a 944 of the first series and at first, he dragged me into it. Sometime last year I fulfilled my wish of a 944 Turbo for my birthday - then our father had to follow up with a 928. And so our little transaxle collection was perfect.

Where does your passion for the Zuffenhausen sports cars with front-engine come from?

Maxi: Because they are absolute underdogs, but are in no way inferior to the 911s from the same period!

Leon: It is simply a fascinating construction and a well-thought-out vehicle with a really good everyday suitability! 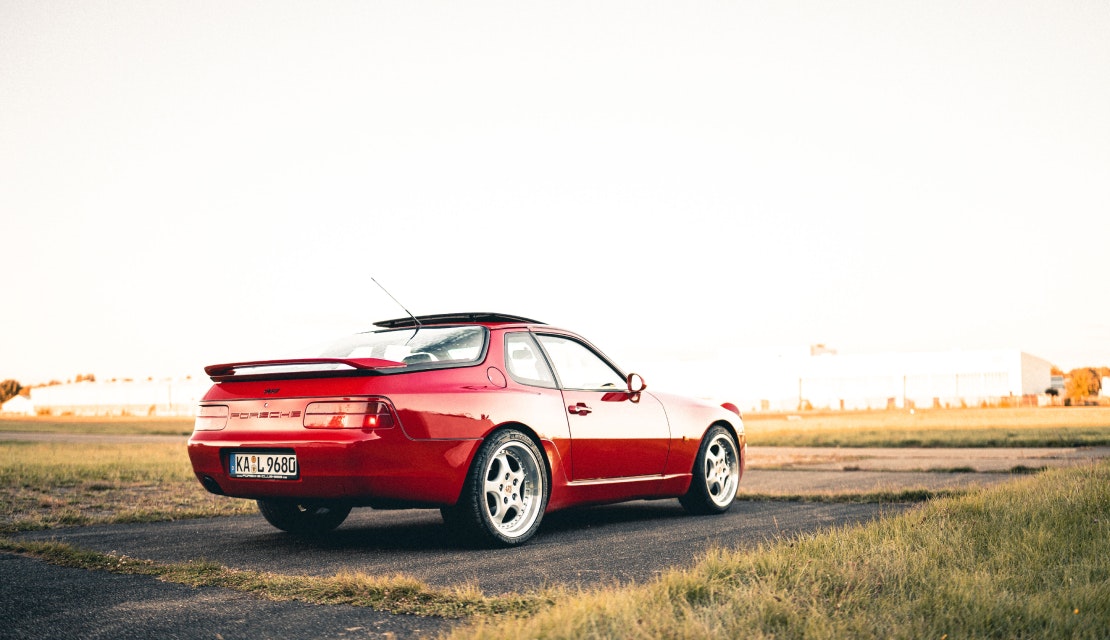 Your story with the Porsche brand?

Maxi: I rewrite it for myself with every ride! The car surprises me again and again with its performance. During my studies in Swabia, the proximity to the Stuttgart » armory « was always there and the purchase was only a question of budget and time. I have also always been able to identify with Porsche. I've always had a thing for good design and clear lines. It goes without saying that the 944 meets the requirements ...

Leon: My first car was a 944 of the first series in »Lhasa Green«. It was incredibly cheap - I bought it for 4500€ at that time. But the condition was really not bad! Nevertheless, I took it almost completely apart and put it back together. I also made some technical and optical improvements. I drove the car for a few years and then sold it to a collector. When I asked myself what comes after it, I had the choice between an Alpine A310 or the 968. I do not regret the decision for the Porsche until today! 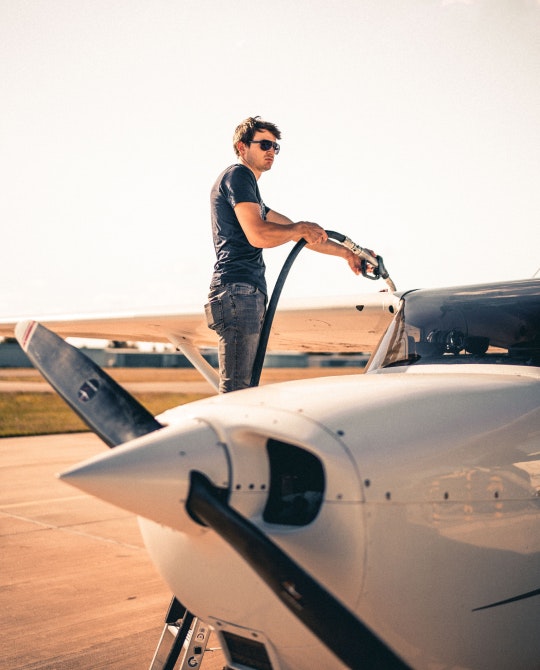 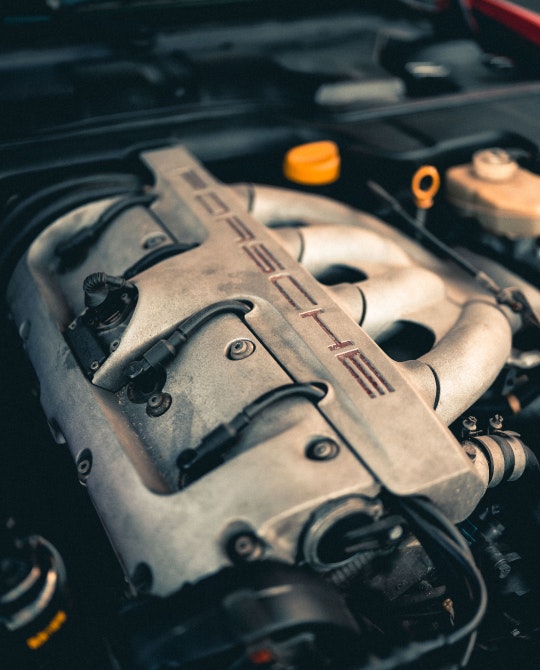 Leon, do your 968 and the Cessna have anything in common? Keyword engine layout, aerodynamic shape, and wings?

Leon: I like to refer to both »means of transport« as planes! One for the air, the other for the road. But the engine design is actually completely different: The 968 has a three-liter four-cylinder in-line engine, while the Cessna has a six-liter four-cylinder in boxer form. Interestingly enough, there was once an aircraft from the manufacturer Mooney with a Porsche engine - a six-cylinder from the 911! A super cool part, but hard to find nowadays. That would be something for a collection!

What makes the 968 so special for you?

Leon: In my opinion, the 968 is one of the best cars from the golden age of the 1990s. The workmanship is wonderful, the quality is very high and the fun factor when driving is huge. In four years I have driven the car about 60,000 kilometers - as a classic everyday car. It has never let me down! I really do associate a lot of emotions with the car. But also the joint road trip to Monaco with my brother Maxi. All in all, a really honest vehicle, well thought-out design, easy to repair and absolutely suitable for everyday use! 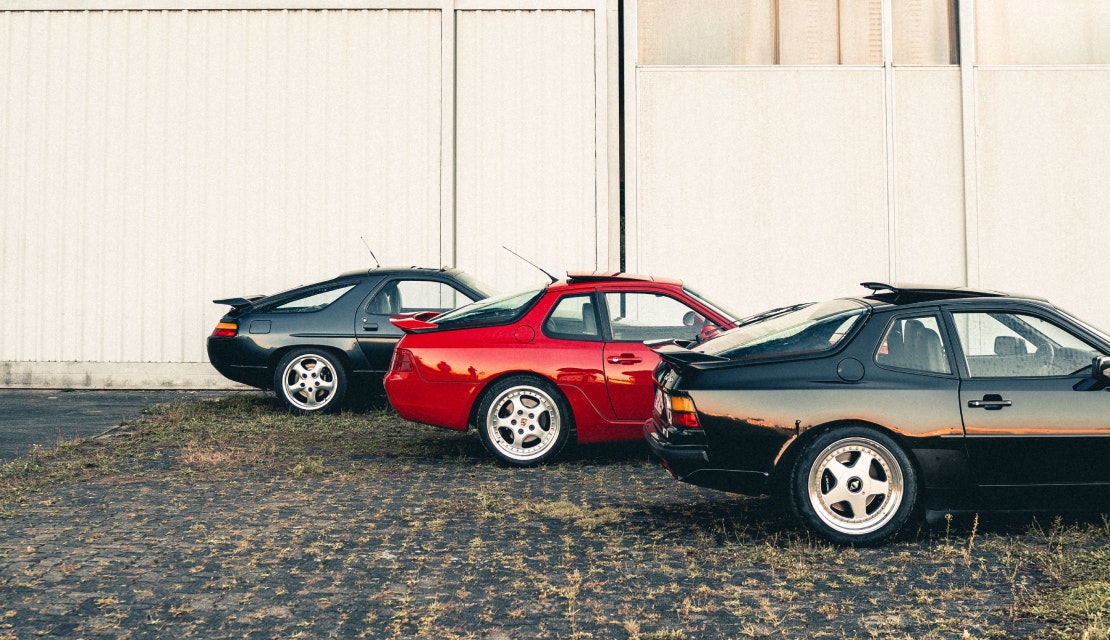 To drive the same model as your brother was never a thing for you, Maximilian?

Maxi: The 968 is a real beauty. But for me it was clear that it must be a 944. I could not get rid of the desire for the turbocharged version of the 4-cylinder! (laughs) The lines are also very special on the 944 - this angular design is exactly my thing.

What makes the 944 the perfect car for you?

Maxi: On the one hand the design I just mentioned, on the other hand the driving performance! With the semi-slicks, the large brake system, the adjustable chassis, and the forty percent limited-slip differential it is a real hell machine. 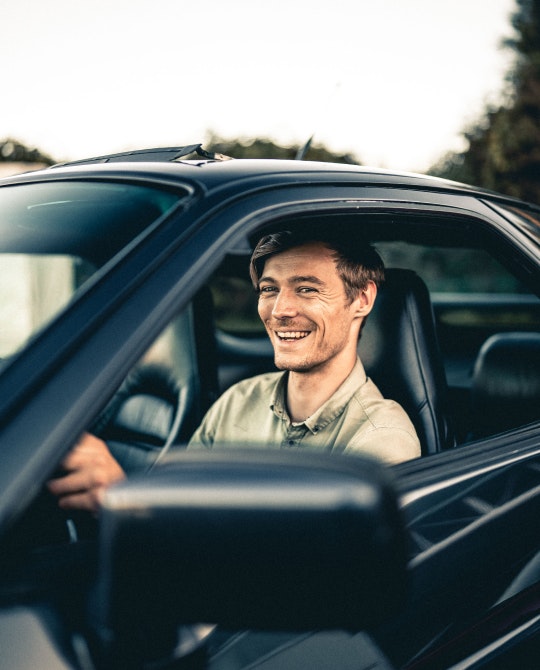 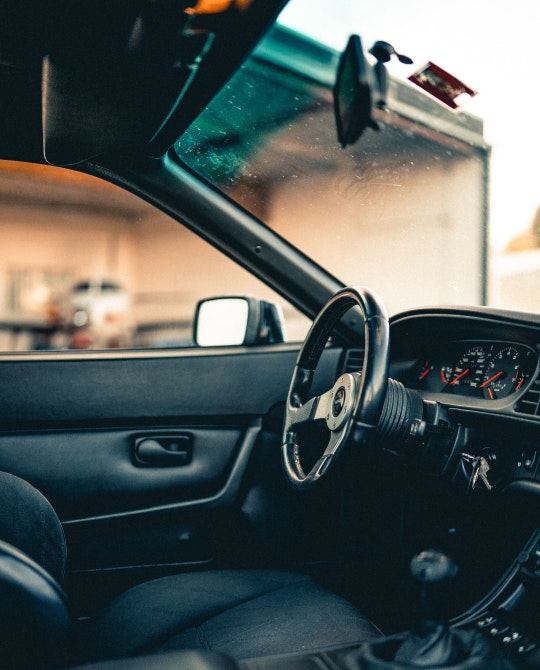 Leon: Actually we had a 911 SC Targa in our garage a good ten years ago - but we were both too young at that time. Of course, nobody wanted to believe that we could already drive a car! (laughs) The 911 is all well and good, but we think that the transaxle construction simply offers more driving pleasure. The seating position also appeals to us more. And very important: A few beverage crates also fit in the boot. The 911 drivers stare when a loaded beertran-sport-car passes them! (laughs)

In 1968 another German car brand advertised with the slogan: »Only flying is better!« What do the experts say: Cessna or Porsche, what is more fascinating?

Leon: The saying is common, yes! You can think about it for a long time if there is something to it or not - but in the end it is always a matter of opinion. Some don't like to fly, some don't like to drive. What we can say: flying is a real privilege - very interesting and fun. But we also like to drive a Porsche over winding country roads to the airport - to take off from there and see the world from above. 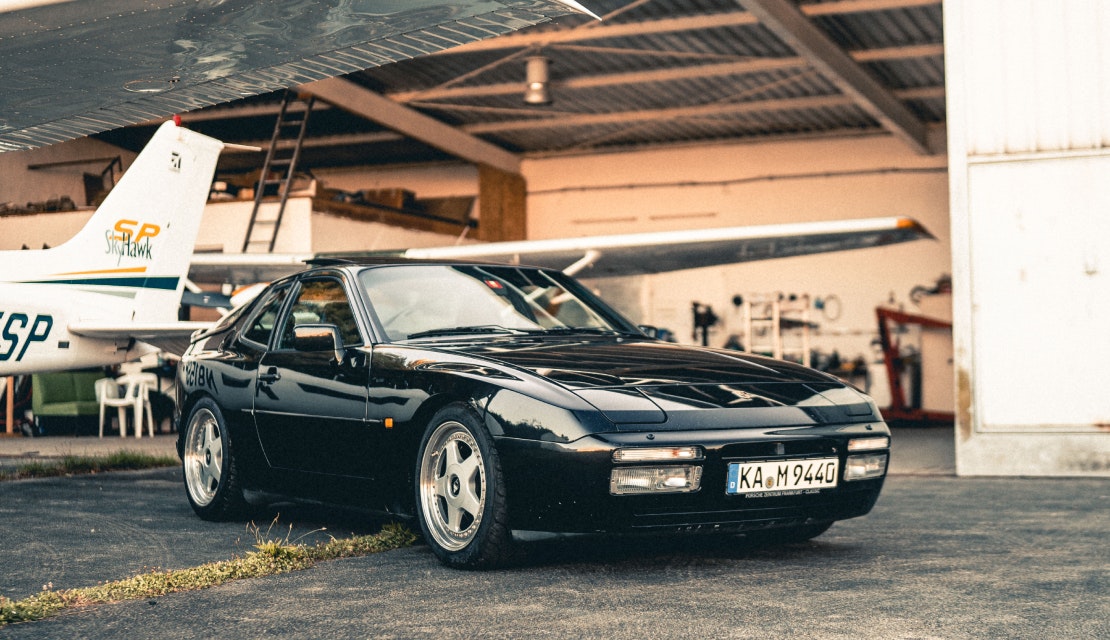 Can driving give you a similar feeling of freedom as flying?

Leon: »A mile of highway can take you one mile. A mile of runway can take you anywhere,« they say. Driving on public roads is fun, no question. If only there wasn't that stupid feeling when you're stuck in a traffic jam somewhere and get annoyed ... but flying is just different. You push the lever forward, take off and can't get that grin off your face when the cars on the A5 are stuck in a traffic jam again. So the feeling of freedom is much greater when flying! The radius of reachable destinations is of course also significantly increased. And so it can happen that you fly to Lake Constance for a quick coffee. 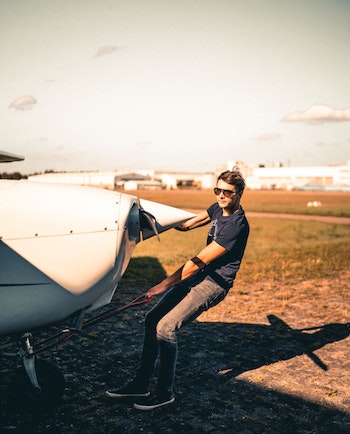 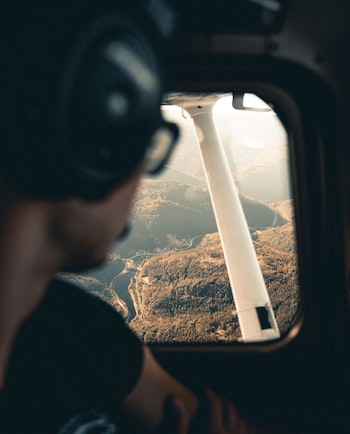 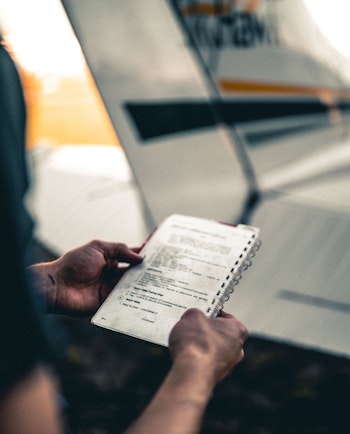 So you move the Cessna regularly. Do you also drive your Porsche in everyday life?

Maxi: I am on the road a lot in my job and often in the Black Forest. So, if the weather is suitable, I sometimes drive my Porsche to my appointments!

Leon: Until recently I drove the 968 as an everyday car, yes. Now I have bought a Volvo 850 T5 for it - and I am absolutely satisfied with it. I currently only drive the Porsche on weekends.

The most beautiful road for you to drive your Porsche on, Maximilian?

Maxi: The most beautiful »road« for me is the Nürburgring. But I only raced the little »whistler« over it once. But in the long run I treasure it too much to do that regularly. So at the beginning of this year I bought a tracktool for that, but with a white-blue emblem, i.e. of Bavarian origin. 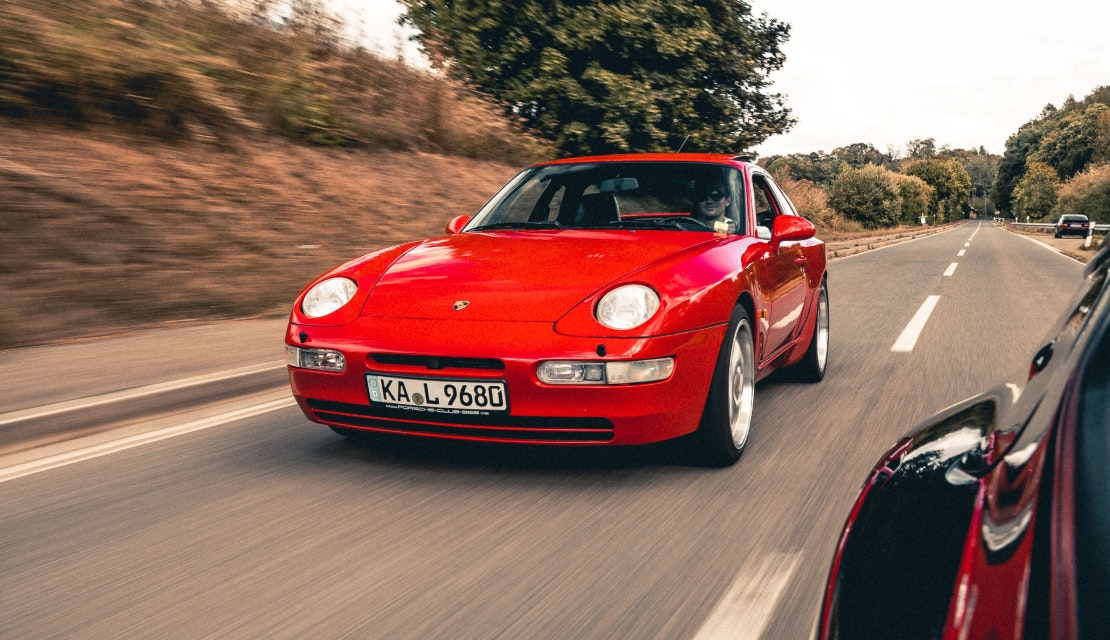 And the most beautiful road you have ever seen on board your Cessna, Leon?

Leon: The most beautiful roads on board the Cessna are not far from home, in the beautiful Black Forest! But also the Swabian Alb offers great stretches if you are heading towards Lake Constance. On the last flight over the Eifel, I lost myself in the Nürburgring and the roads around it. I think our transaxle colleagues around @Hub_Raum (Luca Di Blasi) can only confirm this!

Your perfect playlist for a road trip together?

Maxi: Experience shows that everything from »Muse« is perfect for a road trip! The CD started glowing hot during our road trip to Monaco in 2018. Apart from that, titles from the 90s are of course also very suitable! 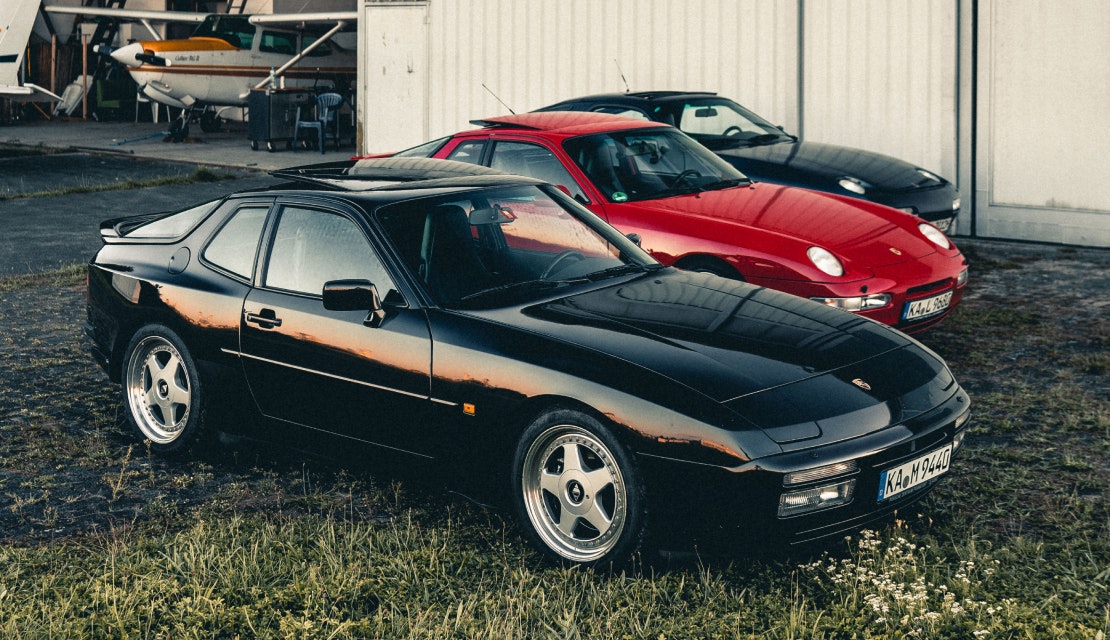